A GRIP ON SPORTS • Kind of wild year, huh? Got thinking about 2016 and it’s off-the-wall quality somewhere around midnight or so last night. Being that this is on the Sports page of The Spokesman-Review, we’ll concentrate on that. We'll leave the other stuff to, well, others. Read on.

• The Golden State Warriors won more regular season games than any team in the history of the NBA. They rallied from a 3-1 deficit in the Western Conference finals. And then lost 4-3 in the finals. To Cleveland.

• Yes, Cleveland, the city that championships forgot. The Cavaliers trailed 3-1 to the best team in the NBA’s history – by record – and then rallied for a title. LeBron James got to kiss the trophy. In Oakland. Amazing.

• The Olympics were in Brazil. There were some problems. Quite a few problems, really. But the Olympics came off. And weren’t awful. That was unexpected. 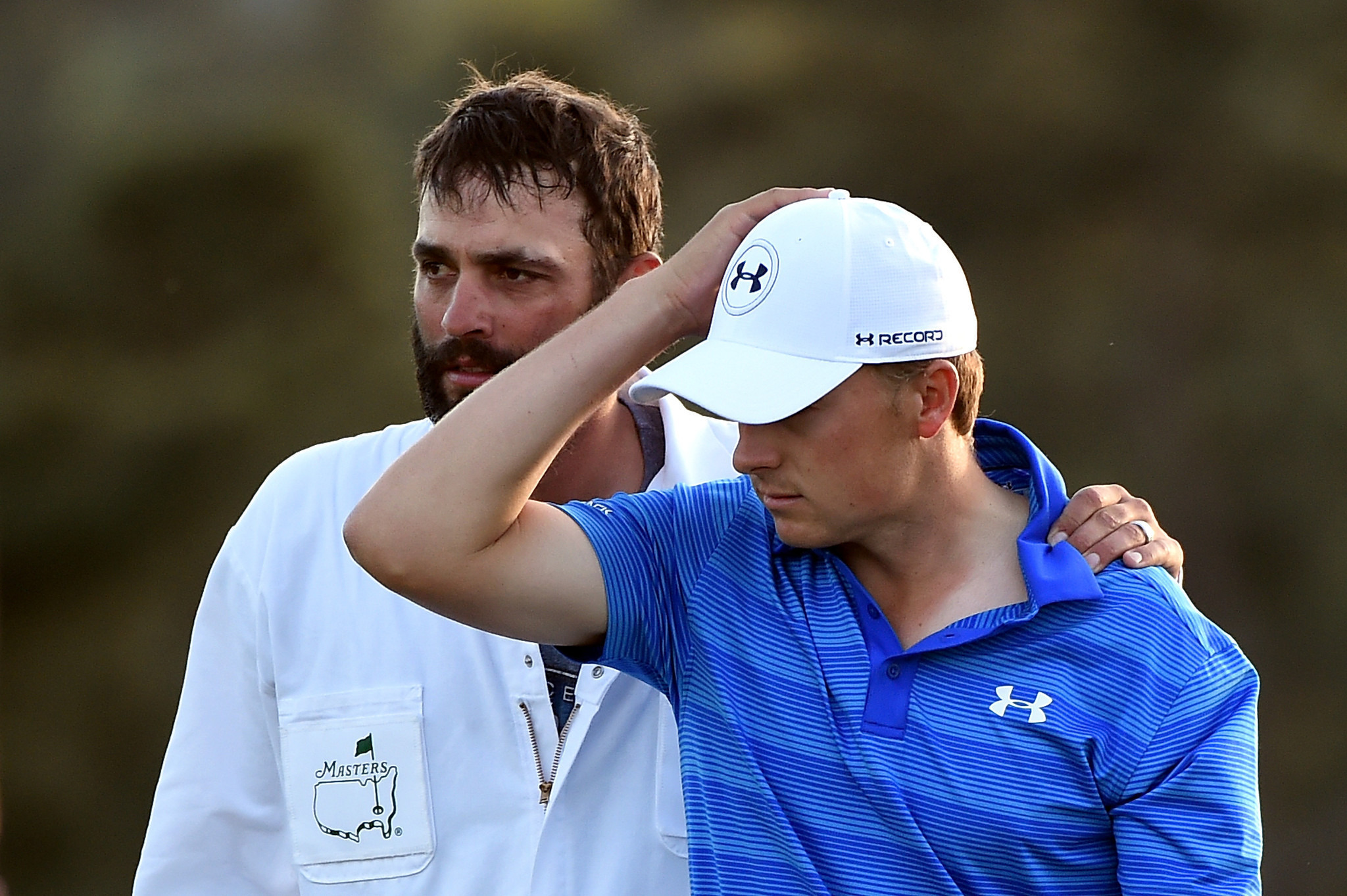 • The world of golf saw some strange things occur, including Dustin Johnson actually holding on to win a major, but none were probably more surprising than Jordan Spieth’s collapse over the final few holes of the Masters. The balls he hit into the water at No. 12 are still sending ripples throughout the sport.

• A dozen or so not-fully-inflated footballs comprised the biggest story in the NFL. Tom Brady, the best quarterback in the league, didn’t play the first four games. He sued the league. He lost. It was a major, major story. Wow.

• College football and basketball were pretty predictable, except around here. This fall, the University of Washington’s football team turned from also-rans into a championship contender seemingly overnight. Husky fans are everywhere these days.

• Then there is Washington State, which lost its first two games this season, had its coach go off a bit, and then turned its season around. The Cougars have won seven consecutive games, are tied with UW atop the Pac-12 North standings and, with a win Saturday night against California, will assure itself of hosting the Apple Cup in a couple weeks with a berth in the conference title game on the line.

• WSU: As we mentioned, the playoff rankings came out again yesterday – the Huskies ascended into the all-important top four – with the Cougars moving up to 23rd. As if it really matters. Jacob Thorpe does have the story, though. … He also has his Pac-12 power rankings and a short piece on how good the state’s quarterbacks are. … He will hold his weekly live chat on SportsLink starting at 10 a.m., but you can add questions already. … There is a blog post from yesterday that includes the official games notes from Washington State. … California’s defense is struggling, sure, but that’s not all that’s wrong with the Bears. There are some players though, especially on the offensive side of the ball. … ESPN.com takes a look at the Robert Barber situation. … Stefanie Loh has a basketball feature in the Times today. 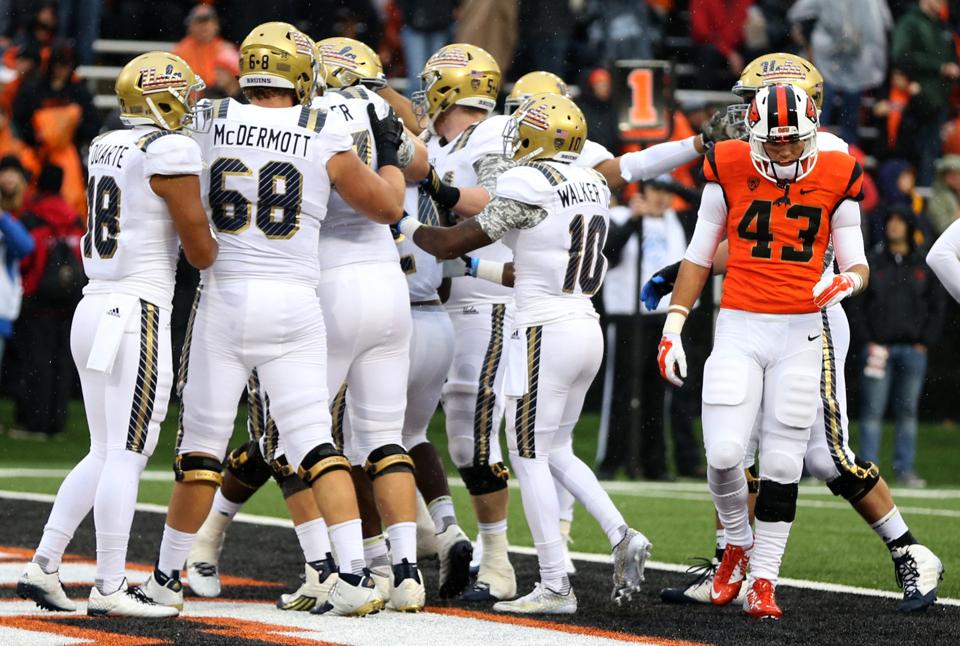 Elsewhere in Pac-12 football, there is a lot to watch, including who will improve their bowl position, the best quarterbacks and, as the weekend end, what time the games will be next weekend. … UCLA is struggling. That means this Saturday’s game is crucial for its opponent, Oregon State. … Arizona can be tough at home. Colorado could be looking past the Wildcats. … Tomorrow night Utah, which hasn’t won in a couple weeks, will try to justify its ranking by blowing out Arizona State. … The best game of the weekend: It has to be USC at Washington. The Trojans jumped to No. 20 in the playoff rankings while the Huskies are trying to defend its berth. … The Oregon vs. Stanford game has lost a lot of luster, but it’s still important to some.

• Gonzaga: Players on the Zags’ women’s soccer team earned some WCC honors. … BYU’s basketball team is happy to have this guy back.

• EWU: One way to win a defensive battle is to force a turnover. Eastern is doing just that. Often. Jim Allen has the story. … Around the Big Sky in football, North Dakota isn't all that happy with its ranking. … Montana knows its defense has to improve. … The Griz also aren't sure who will be the quarterback Saturday. .. The conference's best defender last week played for Southern Utah.

• Idaho: To be totally transparent, I’ve known Austin Rehkow and his family for a long time. And what’s been going on with Cameron. Which is why this feature from Josh Wright isn’t surprising but still appreciated. The Rehkow family is a tight-knit group. • Seahawks: Why has the Hawk defense struggled to get off the field on third down recently? Maybe it has to do with the long game in Arizona still. … So Pete Carroll wants Rex Ryan to leave his players alone. Ryan wants to continue to mouth off. And Sherman? He’s not shutting up, even if someone threatens castration. What an amazing sequence. Wait, maybe I should have listed this above. … Are the Hawks really a run-first team anymore? … Up next is New England on the road. Great.

• Mariners: There were no Gold Gloves for the M’s Kyle Seager or Robinson Cano, but there are roster questions for Jerry Dipoto.

• Sounders: An injured Jordan Morris won’t play for the U.S. National Team in its upcoming matches, but is day-to-day for the playoffs. He won’t be available.

• Sorry we’re a bit late this morning. I was up way too late last night. Wanted to hear the speeches. I’ve tried to watch every year since 1968. At least back then, my dad allowed me to stay home from school the next day. … By the way, did I forget anything amazing? Any sporting event, I mean, in the opening column. Until later …