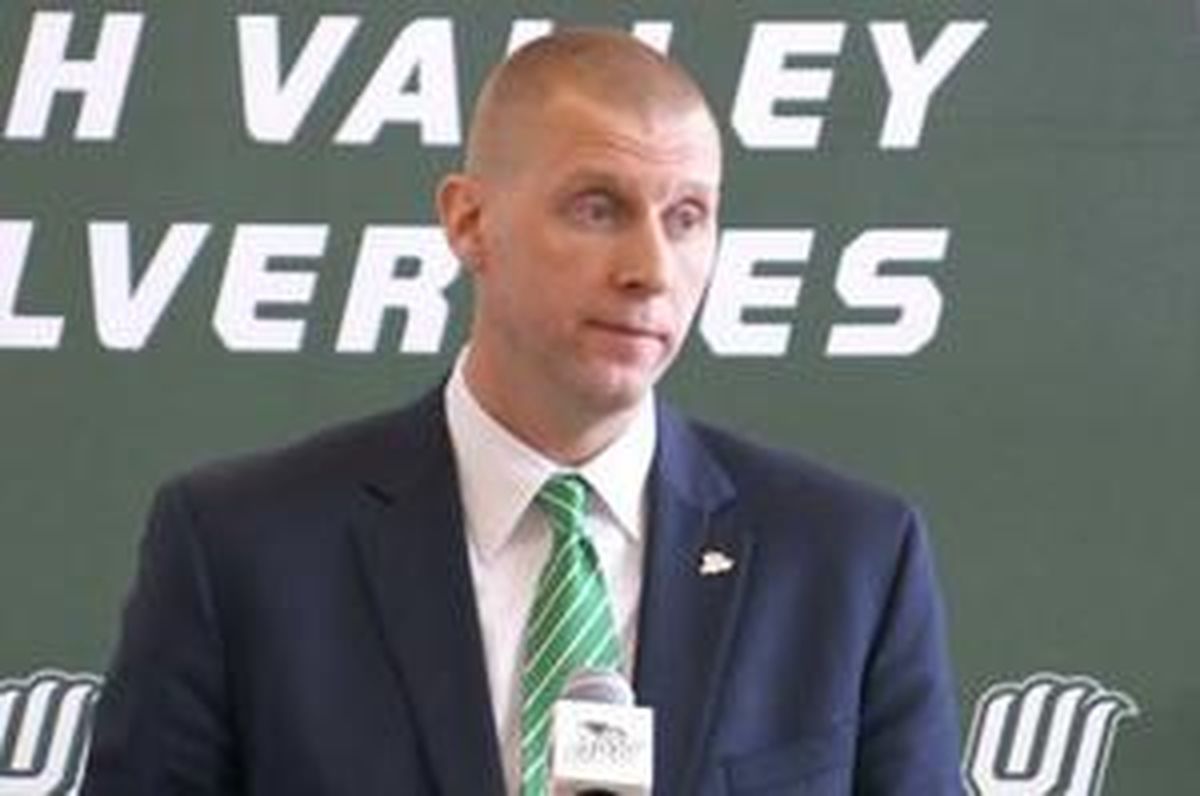 Mark Pope enters his second season as the head coach of the Utah Valley University. The Wolverines were 12-18 in his first season. The NBA veteran and former NCAA national champion is just the second coach in UVU’s 13-year Division I era and eighth coach in the program’s 43-year history.

Pope, 43, served as an assistant coach at Brigham Young University for four seasons. He began his collegiate career playing for the University of Washington. He earned Pac-10 Freshman of the Year honors in 1992 after setting a freshman single-season record, averaging 8.1 rebounds per game. Following his sophomore season, Pope transferred to Kentucky to play for Rick Pitino.

After redshirting in 1993-94, Pope helped the Wildcats win back-to-back SEC titles, advance to the NCAA Elite Eight in 1995 and win the NCAA National title in 1996. He played seven seasons in the NBA and two in Turkey.

OREM, Utah – A new era began at Utah Valley University last year under the direction of first-year head coach Mark Pope with the mantra “Shock the world,” but with a pair of key injuries and with an undermanned roster the Wolverines managed just one shocker of the year when they stormed back to upset Weber State in double overtime.

During Utah Valley University’s annual media day, the optimistic Wolverines talked about how it is prepared to play the use of the underdog role to its strength with teams like BYU, Utah, Utah State, Gonzaga, Washington State and Weber State.

“One of the challenges that we face right now is we have in all honesty probably have one of the toughest non-conference schedules in the entire Western United States among all teams,” Pope said.

UVU lost its top four scoring players from last year’s team that was 12-18 overall and 6-8 in the WAC but the Wolverines do return Zach Nelson, a 6-7, junior forward, who was second on the team in scoring two years ago (11.0 points per game). Nelson missed the entire season with a knee injury last season.

“I feel great. It’s been a great summer for myself and for the team. We’ve made a lot of strides so far so we can’t wait to start playing against other teams, not just ourselves in practice,” Nelson said. “We’ve been going for a couple of months now so the chemistry has actually been great. It’s gone a lot better than you would imagine from a team with so many new faces. We love each other on and off the court and that makes it a lot easier.”

The Wolverines also return a pair of starters in Ivory Young, a senior guard, who averaged 10.4 points per game last year and Andrew Bastien, a 6-9, senior center.

Pope has been stashing his roster with Division I transfers and two of those players sat out last year (due to the NCAA transfer rule) and are ready to make a big impact.

Brandon Randolph is a 6-2, junior guard, who transferred from Xavier. He is a candidate to lead the team in scoring and has the potential to be the team’s best overall player.

Isaac Neilson is a 6-11, junior, who transferred from BYU, who also had to sit out the season.

“The playing style here is a lot different than it was at SLCC. We play a lot faster here so I think that will be the biggest change,” Toolson said. “We have a quick tempo offense so there are not necessarily just one or two people who are shooting every shot. The offense will involve all five guys so I think everyone will get a chance to shoot it.”

The Wolverines play at Gonzaga on Friday.

“We’re completely turning the page to a brand new roster. I feel like we have a ton of talent. We’re really, really excited about that. We just have to figure out how to bring all these new guys together,” Pope said. “If we can forge a team together that is as unified and is tight and as selfless as we were last year, we can have a really special team, I mean really special.”