A GRIP ON SPORTS • Today is my Christmas. College basketball begins again. And the presents keep on coming until April. Aren’t we lucky? Read on. 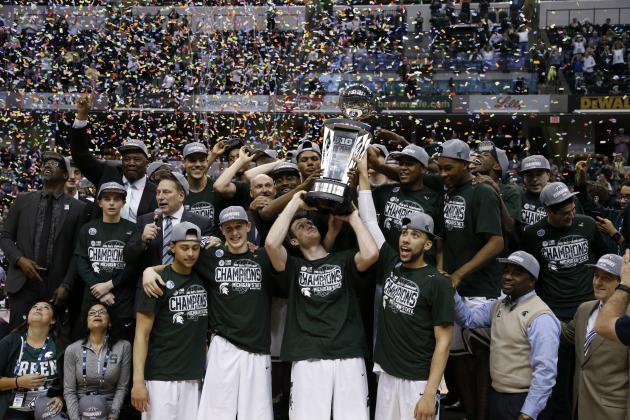 • The answer to that question, in more ways than one, is yes. Let me put it this way: College basketball is the best. Period.

You can take your NFL, with its too-long games and up-and-down officiating.

You can take your college football, with its even-longer games and we-don’t-care-if-we-determine-who-is-the-best-team playoffs.

You can even take your NBA, with its never-ending schedule and way-too-overpaid players.

Take it all. I will take college hoops. The atmosphere. The effort. The drama. The true champion.

It is the best sport going these days, hands down. And it all begins again tonight.

What lie before us is months and months of great games, great plays and great oh-my-goodness moments.

There will be hometown officiating, hometown crowds and hometown heroes. And it will all be shown in your home, every night of the week.

I’ve always loved college hoops, even when I was young. But I do believe it was the early years of ESPN and games from some of the old-time venues in the East that really cemented the deal.

Lying on the floor with one of my young boys, watching a Big East game from the old Quonset-hut looking place in Pittsburgh or from Crisler Arena in Ann Arbor or from Iba Arena in Stillwater, that’s when I got truly hooked. Just the crowd noise emanating from the television on a cold winter night was enough to keep you warm.

It was a communal experience without leaving the safe confines of the South Hill.

Then there was the local hoop. It wasn’t all that long ago – in years ­– when it was possible to leave home at 6:30 on a Thursday night, drive to Gonzaga, find a parking space and sit in the upper bleachers at the Martin Centre and watch the Zags play. With about 550 of your closest friends.

OK, it was a long time ago. My boys would bring their crayons and Hot Wheels and play nearby while mom and dad argued over Fitz calling a time out.

But a clear facsimile of those days still exists around here if you are willing to drive a bit farther. There are usually seats available in Cheney and always in Pullman and Moscow.

And every Gonzaga game is on television. So college basketball, even locally, is just a click away.

It’s part of why this is the best time of the year.

• Speaking of Gonzaga basketball, most of us have to watch the games from home, right? There are only 6,000 seats in the McCarthey Athletic Center, and those are spoken for just about every night. So we sit in our living room, turn the TV to KHQ or SWX or ESPN or whatever and join the crowd.

I will be doing the same thing this season. With a difference. After the game is over, this guy is going to share his thoughts. Right here.

What did that ESPN guy say about Przemek? Why didn’t they show a replay of that steal? Are you kidding me with that 3-second call? OK, the last one won’t happen. No one calls 3 seconds anymore. But we will have a post-game conversation about the game and how it was presented to the majority of Gonzaga fans who can’t be in McCarthey or on the road.

Most nights I will watch the game via DVR, making sure I don’t miss anything of importance – though the commercials will be fast-forwarded. Then I’ll sit here and share my thoughts. And encourage you to add yours. Nothing is off limits, not even Mark Few’s wardrobe choices. Well, maybe that.

Still, it should be fun.

• WSU: Meet the new quarterback, same as the old quarterback. Apologies to Roger Daltrey, but California’s newest quarterback is throwing the ball like the old guy, according to Jacob Thorpe’s story today. … Jacob also has his game pick. It’s WSU. … A women’s soccer player was honored by the Pac-12. … Defensive coordinator Alex Grinch is given some love by ESPN.com, as is assistant coach Roy Manning and his self-styled videos. … Stefanie Loh has a feature on Shalom Luani. … If it comes down to a field goal, and a high-scoring game against Cal has come down to a field goal before, then the Bears are ready. … Former California coach Jeff Tedford has a new job.

Elsewhere in the Pac-12, the weekend began last night with Utah coming on strong the final three quarters and routing a mediocre Arizona State team, 49-26, in Tempe. … Colorado is being carried by its under-the-radar guys while Arizona hopes its star can make a comeback. … What if Chris Petersen had ended up at USC instead of at Washington? Would Saturday’s game be any different? … A UCLA alum with a sense of history knows where the Bruins stand. Oregon State will have two guys available to stand under center this weekend. … It’s been a rough season for Oregon and for Stanford. … Our former colleague Dave Boling knows Lee Corso well.

• Gonzaga: With Utah Valley University coming the town today, Jim Meehan has a look at the deep connections of the coaching staffs as well as the key matchup. … Jim also has a story on Nigel Williams-Goss being the only WCC player on the Naismith watch list. … Jim Allen covers the four players who signed letters of intent with the women's program. … The San Francisco Chronicle previews the Bay Area schools’ basketball seasons this morning, including the high expectations at Saint Mary’s and the new looks at Santa Clara and USF. … The women’s teams in the Bay Area are also covered.

• EWU: It’s a big day in the S-R sports section for Eastern Washington athletics. First, Jim Allen has two stories on the best player in FCS football, Cooper Kupp. Or one for every touchdown pass the wide receiver threw last weekend. … Jim also has a transcript of yesterday’s live chat. … Then Jim has a preview of today’s noon basketball opener. … There is also another Jim-written story on the women’s soccer teams’ first NCAA match. … The volleyball team clinched a spot in the conference tournament. … Around the Big Sky in football, the grudge match of the weekend is a non-conference game between Southern Utah and BYU. … Montana and Northern Colorado, which suffered a tough loss last week, meet Saturday. … The spread-out nature of the Big Sky is tougher for basketball teams.

• Chiefs: Spokane took the week off from games but not practice. Tom Clouse tells us they will need it when they face restocked Everett at home on Saturday.

• Seahawks: The off-field stuff from yesterday? It was still Richard Sherman and the play against Buffalo. The NFL fined Sherman for his actions. The reasoning is interesting. … Punters want more air in footballs. No, they do. … Cliff Avril is happy to have sat out the last part of the Hawks’ last Super Bowl. Well, at least he knows it was the right thing to do. … We're halfway through the season. … My son understands this story really well. Me, I'm at a loss.

• Mariners: The M’s starting pitching depth should help them on the trade market.

• Sounders: There was little doubt Jordan Morris was the MLS’ best rookie. He was named such yesterday.

• We ran a picture the other day in this space of Gonzaga honoring long-time clock operator John Oakley, a venerated South Hill teacher who was fighting ALS. He lost his fight yesterday, dying at 59.

I’ve known John for years. He’s a neighborhood guy whose sons and my sons were interconnected through baseball. But my most enduring memory of John has nothing to do with sports. It has to do with a fence.

The Oakleys have a wooden fence on the south side of their home. With wooden fence posts, which have a tendency to rot. I knew it was really summer when I would drive by their house and see a shirtless John out on the sidewalk, dripping sweat and replacing a post or two or three. Most times I would stop, commiserate, check on how Adam and Aaron were doing and move along.

It was as consistent as the swallows and Capistrano. And as timeless. At least that’s what I thought. It wasn’t. Nothing ever is.

So next time you have a chance to tell someone you know how you feel about them, how much they mean to you, how they have touched your life, do it. Don’t wait. Don’t put it off.

You may not have another chance.