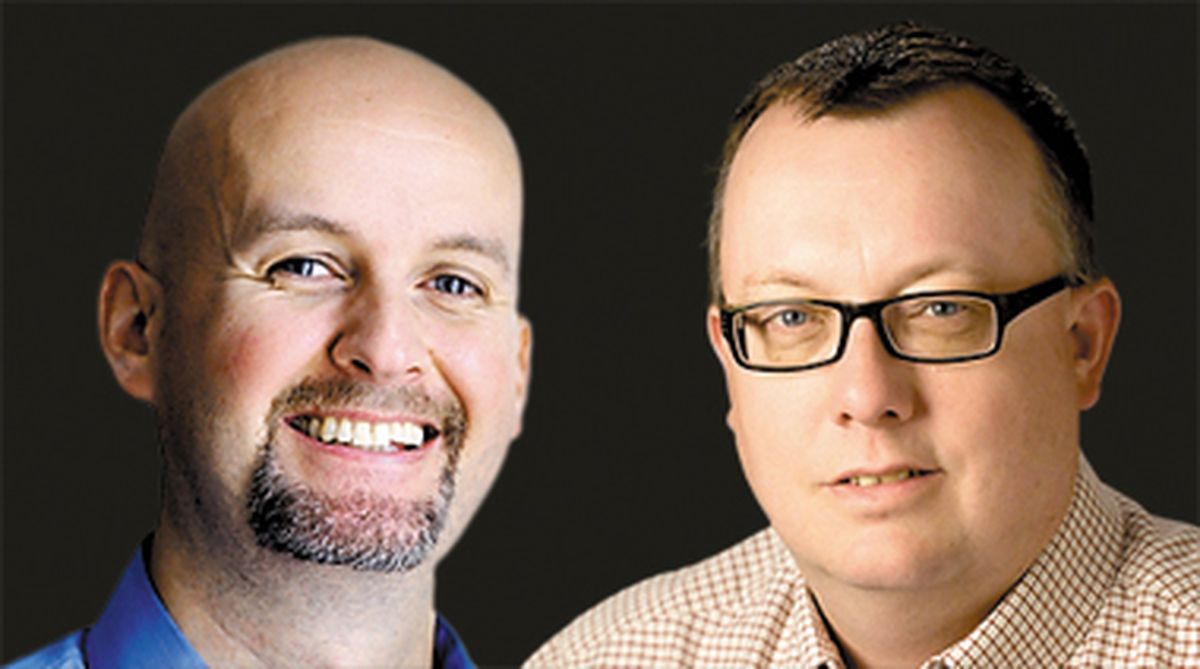 The Scribe is headed in the right direction.

After wallowing at .500 for two weeks, yours truly broke out. SWX sports director Sam Adams and I didn’t have any differences last week so I still have ground to make up.

Going 5-1 gives me hope, though. Especially since I’ve had a .700 hitting percentage in the previous three seasons.

Lee: The Northeast A has much parity. The Stags are the lone unbeaten team at 3-0 and four teams, including Freeman, are tied at 2-1. There could be five teams at 2-1 after Friday. Deer Park can all but lock up the league title. In a game featuring talented running backs, the Stags must contain Ben Darcy and the Scotties must contain Tyson Lim. Deer Park, 20-14.

Adams: The Scotties lost in heartbreaking fashion against Lakeside last week, surrendering their first points of the season and losing in overtime. The loss comes at the worst possible time with Deer Park and Colville looming large the next couple of weeks. If Freeman is going to bounce back this week – and I believe it will – the Scotties have to walk that fine line between being fired up and keeping their composure. If not, this could be a very tough stretch. Freeman, 21-13.

Lee: At the start of the year, I circled this game as deciding the 4A IEL second state playoff berth. Nothing has happened to change my mind. Both teams had nice wins over Timberlake. Lakeland has a better offense. Lakeland, 28-13.

Adams: Lakeland has not been able to string together back-to-back victories since winning eight in a row late in the 2014 season. This is the Hawks’ chance to end that dry spell. But to do it, they must embrace that run-first mentality that saw them churn out 391 rushing yards in last week’s win over Timberlake. Both teams know just how important this game is. The loser will likely be out of contention for the 4A IEL crown. No pressure or anything. Lakeland, 28-21.

Lee: In four straight wins, the Greyhounds have handled their opponents. Undefeated WV has cruised, not missing a beat. We picked WV to win the GNL so there’s only one way I can pick this. And it doesn’t hurt that the Eagles are home. WV, 26-24.

Adams: Hats off to the Eagles. They have taken their best shots from the GSL (wins over Shadle Park, North Central) and have run up a 5-0 record going into their GNL opener. Now the bad news. They host a Pullman team that has come on like gangbusters since a loss in week one, most notably a blowout victory over Moscow. QB Jake Cillay is a do-it-all threat, throwing for three touchdowns in last week’s win over Clarkston, while also rushing for 106 yards and a score. Soggy conditions at WV might just be about the only way to slow him down. I don’t think it will. Pullman, 30-28.

Lee: The Saxons must commit to containing speedy, tough-as-nails running back Braedon Orrino. If they don’t it will be a long night. The other question is whether Ferris can score against CV’s defense. Probably but it won’t be enough. CV, 32-21.

Adams: Since a lopsided loss to Coeur d’Alene, CV has rebounded to pitch two shutouts (43-0 over Lake City, 49-0 over Rogers) while also grinding out wins over Mead and Mt. Spokane. Now the team gets a hungry Ferris team, which is brimming with confidence after back-to-back wins over NC and Shadle. I’d give the Saxons a fighting chance if this game were at Albi, but Ferris will be running into a buzz saw at CV. CV, 35-13.

Lee: You can make a case for either team winning this league opener. When it comes to league play and challenging for a state playoff berth, a team must play solid defense. Post Falls has played better defense than the Timberwolves. In the points for and points against department, LC has given up more points than it has scored. I crunched the numbers and while each team’s opponents aren’t the same, I suspect Post Falls’ defense is better. Defense this time of the season trumps offense. PF, 28-21.

Adams: The IEL 5A schedule begins with the two most compelling matchups of the season. Can Post Falls keep the train rolling as it takes a four-game winning streak into CdA or will LC take the attitude and aggression that it brought in last week’s 28-7 win over Sandpoint? I hate to admit but I had to coin flip this one. And the winner is …. LC 20-17.

Lee: Lewiston is very, very good. So good that the Bengals, in my humble opinion, would be 3-2 just like CdA had they played the Viks’ schedule. Lewiston’s road win over perennial Idaho power Highland was impressive. Lewiston hasn’t had to play for four quarters often since the opening victory. Both teams will score. But if a team has to make a couple stops, it’ll be the Viks. There’s no denying this – CdA has played better teams. And the Viks have benefitted from a bye week. CdA, 44-35.

Adams: Make no mistake, the IEL 5A crown will be decided this Friday night in Lewiston. The Bengals are on the prowl, having gone 6-0 going into the biggest game of the year. Lewiston, though, has not been tested since its stunning season-opening win at Highland. Coeur d’Alene, meanwhile, has taken all comers, which is evident in its 3-2 mark. The Viking losses have come against Folsom (a California football powerhouse) and Camas (recently rated by Max Preps as the No. 14 program in the West). I think that tough schedule will pay dividends for CdA in a game that we’ll all be talking about years from now. CdA, 49-42.