Shadow, the service dog, got her day in court.

A federal judge found her handler, 60-year-old veteran Danny Ralph, not guilty Wednesday on a charge of disorderly conduct stemming from his takedown arrest last July after he refused to take Shadow away from Mann-Grandstaff Medical VA Medical Center in Spokane.

U.S. Magistrate Judge John Rodgers said he could not find, based on the evidence presented, that Ralph was guilty for arguing to keep his 8-pound Pomeranian-Chihuahua mix in his arm when he entered the facility on July 20 to pick up a prescription.

Ralph faced a $250 fine and up to 6 months in prison if convicted. Immediately after the verdict, in which he kept Shadow on his arm, Ralph said he hopes his case makes it easier for all those who use service dogs.

“I feel this is a win for all vets. We are not secondhand people,” Ralph said following his exoneration. “We all deserve the same respect that all people deserve.”

Asked if he plans to take Shadow on his next visit to the VA, Ralph’s eyes brightened and he said: “Absolutely.” 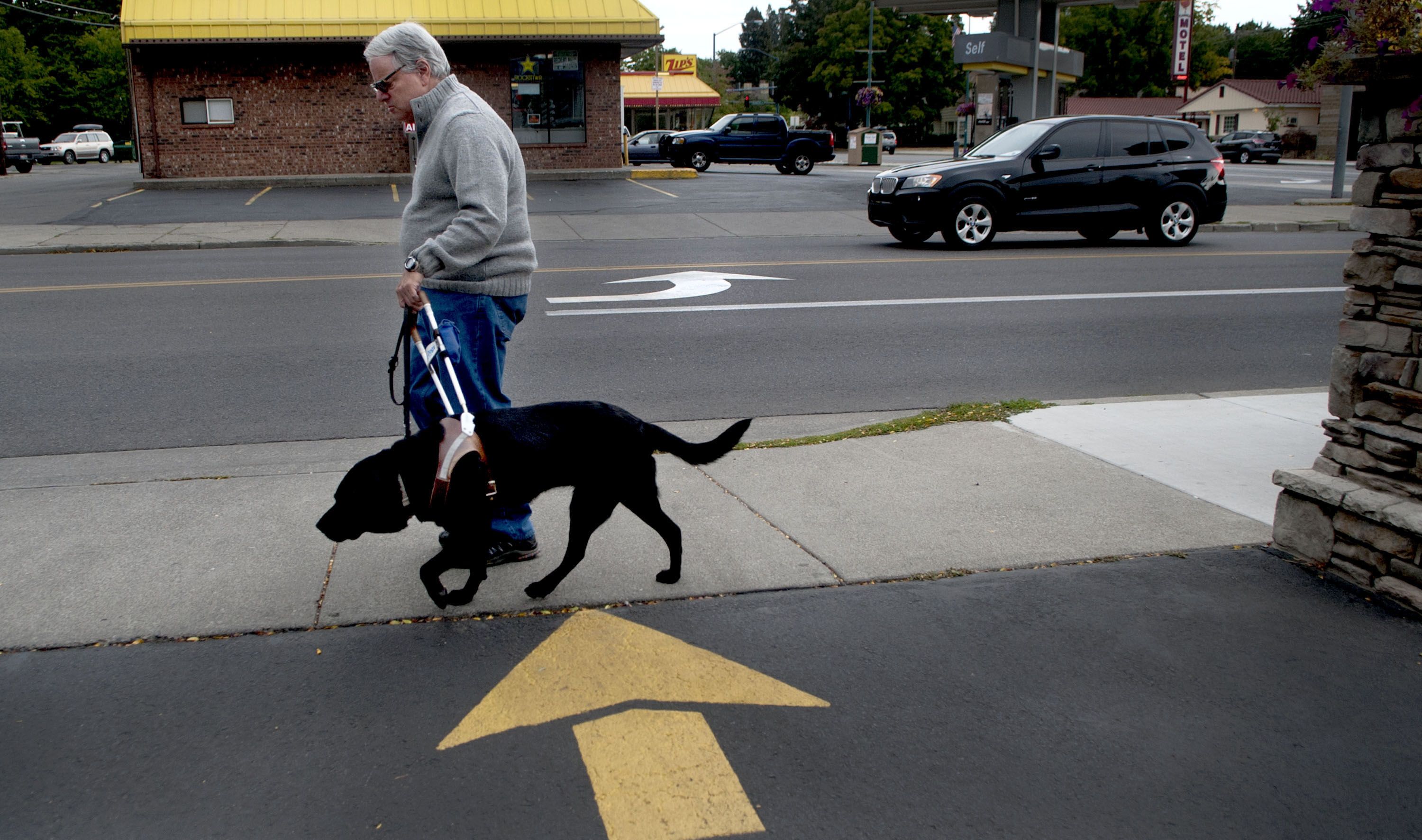 Ralph said he’s learned that VA administrators have instructed the VA Police to stand back and not give him problems for bringing Shadow to appointments, which he previously had done for years.

Ralph thanked the Federal Defenders of Eastern Washington and Idaho, including Lindsey Wheat and Hannah Etengoff who argued the case, for his outcome.

“They are great people,” Ralph said of the federal defenders. “Without their help, today’s win would not have happened.”

Veteran Roger Wilbur, who has known Ralph for 25 years, said he was pleased with the case’s outcome.

“I’m grateful the judge took the time to listen to the evidence and find in Danny’s favor,” he said.