GALLARDO GETS M’S THROUGH FIVE BUT PEN CAN’T HOLD

What happened: Brandon Moss homered twice, including a two-out solo homer in the eighth inning, and the Kansas City Royals beat the Seattle Mariners 6-4 in the first of a crucial four-game series at Kauffman Stadium in Kansas City.

The Royals (56-51) rallied for two runs in the fifth, one in the sixth, two more in the seventh and Moss’s homer in the eighth.

Mariners starter Yovani Gallardo gave up three runs on three hits and three walks with just one strikeout over five innings. Reliever Emilio Pagan, coughed up three more runs, two earned, on four hits with neither a walk nor a K.

The M’s went 2 for 7 with runners in scoring position, left nine men on base and made an extra out on the basepaths.

Kyle Seager and Danny Valencia homered for the Mariners (55-55), who have dropped two in a row after a modest four-game winning streak and trail the Royals by 2 1/2 games for the second wildcard spot.

Every game down the stretch is important with regard to the Mariners’ chances for a wildcard spot, but right now it’s Kansas City that holds the spot the M’s are chasing. Anything less than a split of the four-games is unacceptable for the M’s and the Royals already have the first game under their belts.

“WHY IS IT CALLED A FOUL POLE THEN, UMP, WHY” pic.twitter.com/0tufECcTO9

Players of the Game

Hero: Yovani Gallardo. It wasn’t a shutout or anything, but another solid outing to keep Mariners in the game. 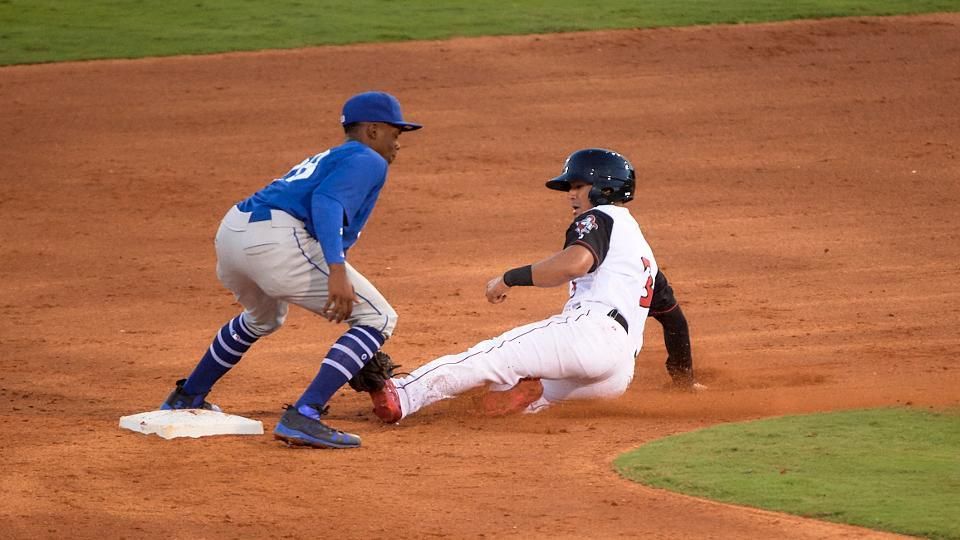 On the Farm: Mariners minor league affiliate report for Aug. 3

What others are saying (and writing)

The Kansas City fans gave Jarrod Dyson a standing ovation when he stepped to the plate for the first time yesterday. That was nice. Maybe they knew they could be magnanimous, because the Mariners’ bullpen wouldn’t be able to hold a lead. … KC manager Ned Yost must have wanted to get ejected last night. Everyone knows you can’t argue a replay call. But he did when Valencia’s home run was upheld.