AFTER 9-4 SEASON, VANDALS MOTIVATED TO ‘RAISE THE BAR’ IN FINAL FBS SEASON

As the field at Boise’s Albertsons Stadium gradually froze during the 2016 Idaho Famous Potato Bowl and players lost their footing, their connection to actual football became ever more tenuous.

The Vandals’ 61-50 win capped a 9-4 resurgent season of UI football. From a team that won only one game as recently as 2014, to one that showed it could win, with a 4-8 record in 2015, to one that expects to win, the Vandals have been trending upward in fifth-year coach Paul Petrino’s tenure.

The motto this year is “raise the bar.” With four-year senior quarterback Matt Linehan in position to become Idaho’s all-time passing leader and senior receivers like Jacob Sannon, Alfonso Onuwor and Reuben Mwehla returning, along with a quick, disruptive defense, Idaho could go out in a blaze of glory in the Football Bowl Subdivision and the Sun Belt Conference. 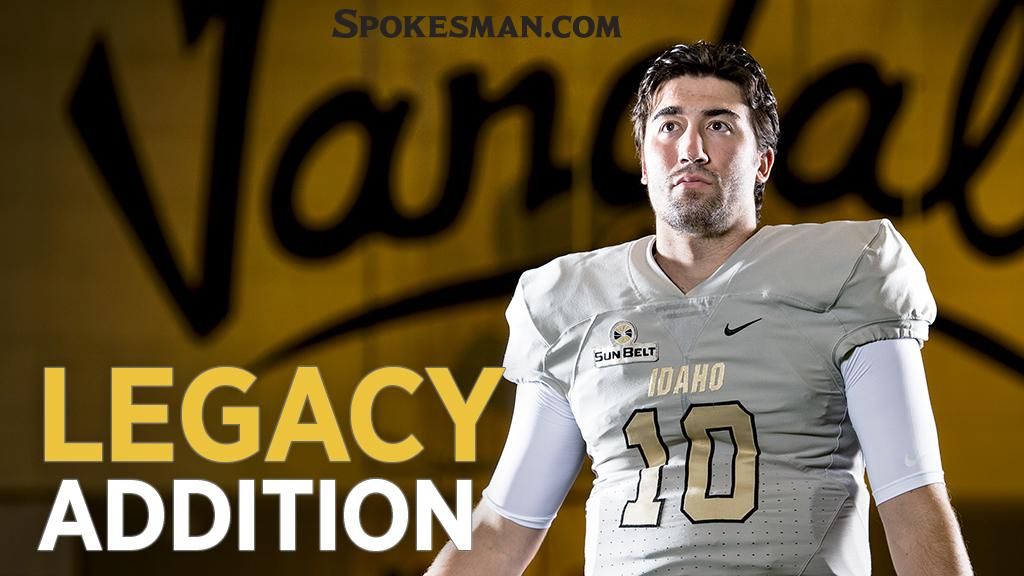 Next year, the Vandals will return to the Football Championship Subdivision and Big Sky Conference they dominated through much of the 1980s and early 1990s. But that’s next year.

Behind Linehan the past three seasons, Idaho has has been prolific. Last year he threw for 3,184 yards and 19 touchdowns. Leading rushers Isaiah Saunders (731 yards) and Aaron Duckworth (672) are back as seniors.

This season, the Vandals will continue to attack from multiple dimensions. In Sannon, Onuwor and Mwehla, Idaho has players who can race cornerbacks and go get a deep ball, and Linehan can deliver it. The heart of Idaho’s passing attack, however, features precise short to intermediate routes. Idaho receivers must be adept at catching passes in parts of the field densely populated with linebackers and safeties.

In the running game, Saunders, especially, can square his shoulders and move the pile, but Vandals running is heavy on counters. Linehan scrambles often enough to make defenses respect the fact he will run.

Idaho has had to rebuild the offensive line. Senior tackle Jordan Rose, 6-6, 325, is probably able to physically dominate anyone he is liable to face this year. Petrino says sophomore Noah Johnson, 6-4, 308, has also been a physical presence in preseason camp. Everybody else in the line rotation is either young or not huge. They will survive on scheme and technique.

“We do a good amount of zone offense,” said Petrino. Zone blocking rewards quickness and athletic ability over size.

Befitting its quality depth at linebacker, Idaho plays a lot of 3-4 defense, although lining up with four down linemen is also in the defensive plan. Aileen Coleman, D. J. Henderson and Zach Cable anchor the line and engage blockers. Ed Hall, Tony Lashley and Kaden Ellis’s return as linebackers, and the Vandals’ can go two deep behind them and expect no great dropoff in production. Petrino said the front seven have played great since last spring, and he has the best speed on defense he has ever seen at Idaho.

He fretted “you can never have enough cornerbacks,” but in Dorian Clark and Lloyd Hightower, Petrino has a pair of good ones.

A former running back, Denzal Brantley, was moved to safety last spring to strengthen the position. At 210 pounds, “he’s that big safety you like to have back there,” said Petrino.

In addition to delivering hits from the defensive backfield, Brantley is also developing a talent for reading quarterbacks and jumping pass routes.

After four years of being able to count on the monster leg of Austin Rehkow, Idaho will break in his successor, Cade Coffey, a redshirt freshman from Rathdrum, as both kicker and punter.

“He’s got a big leg. He continues to get better and better,” Petrino said.

The coach is looking for greater accuracy from Coffey on kicks but added “we dealt with that with Austin his first two years, too.”

Petrino said special teams will be liberally staffed by starters. “This is where we win games.”

Sannon, who has led Idaho in special teams tackles the past two years, will continue to play on the kickoff coverage, punt coverage and kickoff return teams. Brantley will return kickoffs, and Onunwor and David Ungerer are being considered for punt returners.

Finally, the schedule is not bad. Idaho gets a league favorite, Appalachian State, at home, and another Sun Belt projected power, Arkansas State, is not on the schedule. Idaho faces one big out of-conference challenge at the University of Missouri. But while the Vandals won’t be favored in the first road game against Western Michigan, it’s a winnable game for a team that can raise the bar. 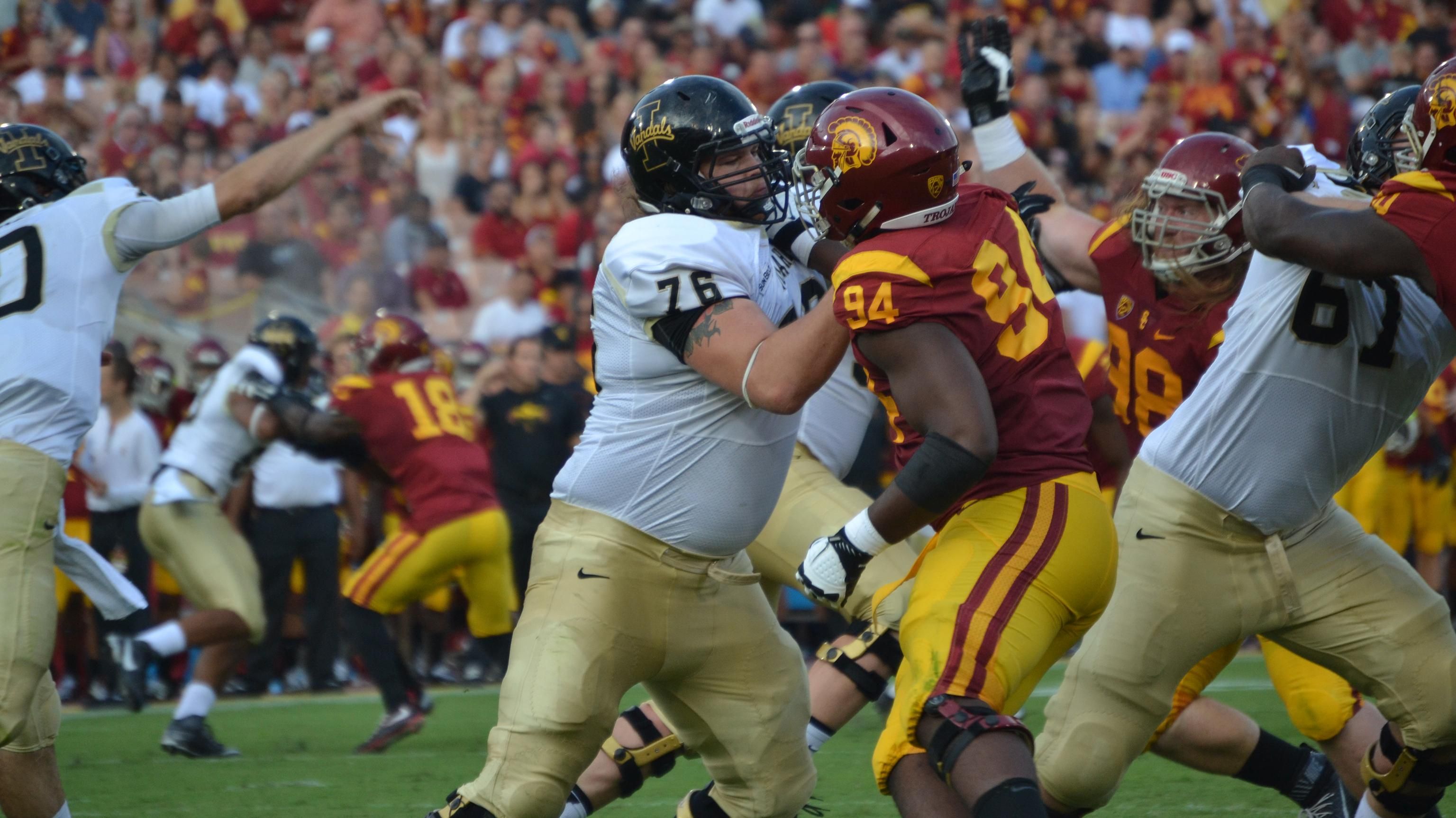 On an offensive line that must replace three starters, senior offensive tackle Jordan Rose is a stabilizing presence. | Read more »

Vandals at a glance

2,129: Yards Matt Linehan needs to become Idaho’s leading passer. Accomplishing this would signify he has had a successful senior season.

20: Idaho’s disruptive defense last year featured linebackers who made 20 tackles for losses. LB is projected to be a defensive strength again. Can Kaden Elliss, Ed Hall and Tony Lashley be a force this year? 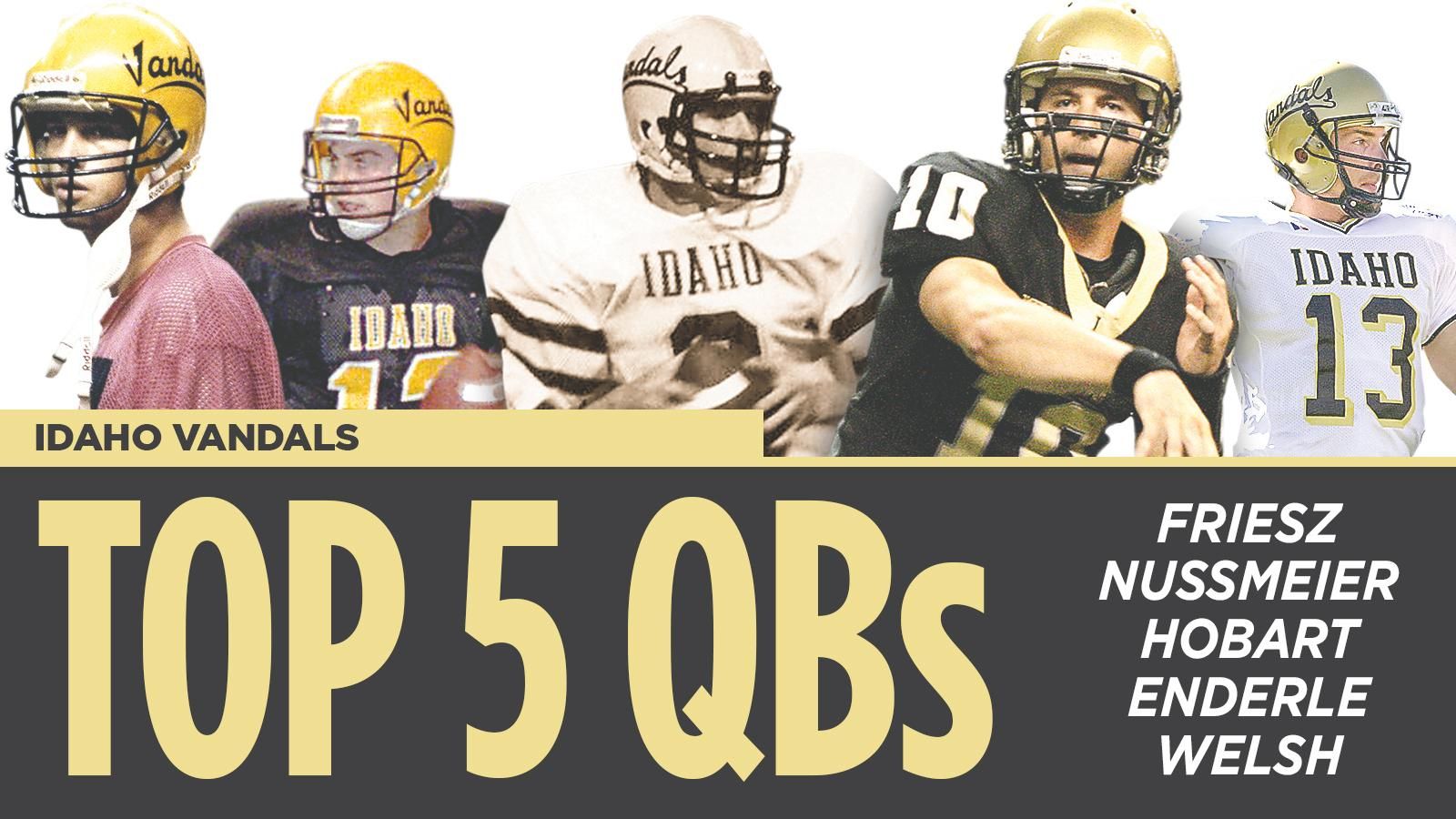 The S-R selects the five best quarterbacks to play at the University of Idaho. | Read more »