His feet, in particular.

No, those feet aren’t the first thing anyone thinks about when it comes to the Huskies’ star quarterback. His feet didn’t get much attention when he was throwing a school-record 43 touchdown passes last season, and they were probably the last thing you would have noticed when he was pointing the Huskies to a monumental victory at Oregon.

In two seasons at Washington, Browning has used his right arm to throw for 6,385 yards. Meanwhile, he is averaging 0.6 yards per rushing attempt (sacks included). No one will mistake him for The Flash anytime soon.

But Browning takes pride in his feet, covered most days by size-12 Nike Vapor Pro cleats. Specifically, his movement with those feet in the pocket, he says, is the foundation for his success, and in that regard he might not be much different from most major-college quarterbacks. Good footwork equals good quarterback.

For Browning, though, there’s a certain satisfaction how he prepares his feet and how he studies the way other elite quarterbacks prepare theirs.

“Obviously, your drop and your footwork and all that is what sets you up (to make a throw),” he said. “It’s something I feel I’m good at. It’s something I work at and take pride in.

“Some of my worst games have been when my feet aren’t ‘alive’ or staying buzzin’ in the pocket,” he added. “When you go through reads, your feet start to die. Your stride will change and you’re not in rhythm.”

Drew Brees is one NFL quarterback Browning studies often, because of Brees’ precise passing – he holds the career NFL record for completion percentage at just under 67 percent – and for his less-appreciated footwork in the pocket. Brees, at 6 feet, 209 pounds, has a similar stature to the 6-2, 210-pound Browning, and neither are considered much of a running threat.

“Brees is pretty good at it, the footwork,” Browning said. “He keeps a wide base, he’s balanced. He has really active feet in the pocket, but he’s not antsy. Some of those (NFL) guys you’d like to watch, but a guy like Aaron Rodgers – I’m just not born that way. He’s doing whatever drop and then flicks it 70 yards.”

Browning was not gifted with Aaron Rodgers’ natural talent. Few are. Instead, one of Browning’s best qualities is his dogged obsession with some of the most nuanced fundamentals of the position.

He said he spent time this summer trying to perfect his three-step drop, to better align the timing of his footwork and his wide receivers’ route-running. The idea is for him to plant his right (back) foot just as the receiver starts the break in his route. Good footwork leads to good timing, which leads to accurate throws.

“We throw from a posture that he’s gotten programmed in, and his footwork is pretty good,” UW offensive coordinator Jonathan Smith said. “Your footwork is about consistency, and consistency is going to lead to accuracy. It’s one of our fundamentals to play the position.”

As for his study habits in general, Browning has tried to find a better balance in his preparation. In the past, he could be hypercritical of himself, going over every throw on film, demanding perfection. At times, it could be counterproductive.

“(He is) as good as any player I’ve been around,” said first-year co-offensive coordinator Matt Lubick, “as far as being hard on himself and studying the game by himself and putting in time on his own.”

This summer, Browning attended the famed Manning Passing Academy in Louisiana, and he took away one important lesson from Peyton Manning.

“I was always pretty hard on myself, as far as film-wise,” Browning said. “If anything, it’s kind of peeling back a little bit – not getting too hard on yourself and overthinking it. Because there’s definitely (been) some of that. …

“Peyton Manning’s big thing was, ‘Yeah, you want to prepare, but there’s definitely a line where you don’t want to over-prepare and start thinking about too much.’ Because I’ve got a lot of physical stuff going on and there’s a lot of smart D-coordinators, so you’re not going to outsmart anybody. You’ve just got to be able to operate with precision.”

From head to toe. 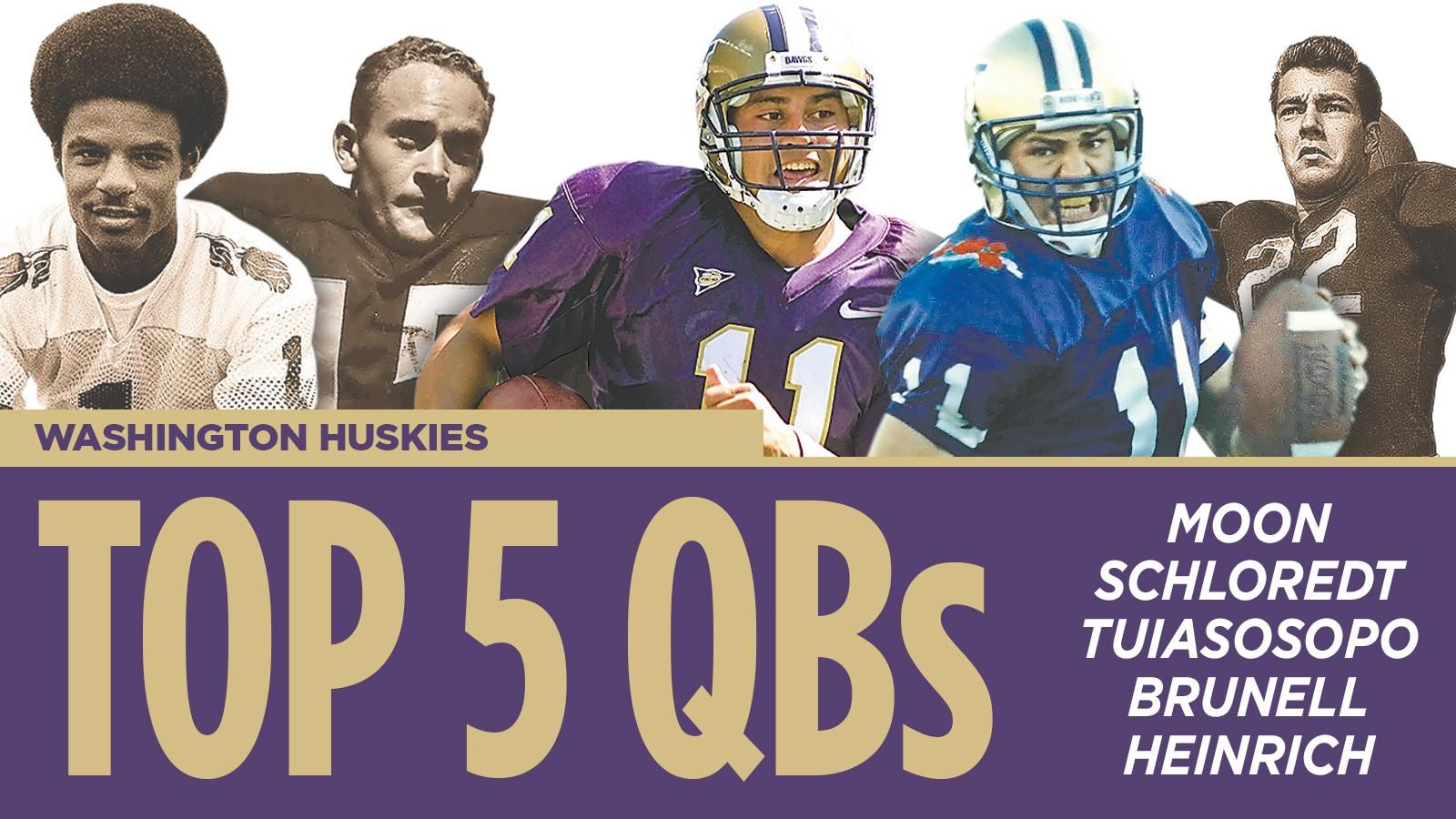 The Seattle Times selects the five best quarterbacks to play at the University of Washington. | Read more »