A GRIP ON SPORTS • Here’s a Monday morning question for you. Has there ever been a worse weekend in Seattle sports history? Our institutional memory doesn’t reach back to the Sonny Sixkiller days, but we certainly can’t think of a worse one. Read on.

• You want a recap of the Emerald City’s lost weekend?

It started Friday when prized Japanese pitcher/hitter Shohei Ohtani announced he would not sign with the presumed frontrunners, the Seattle Mariners. Instead, the guy with the 100-mile-per-hour fastball was headed to a divisional rival, the Angels.

Talk about a punch to the kisser followed by one a little lower. But if that was all that was going to happen to Seattleites over the next 48 hours, than it would be OK.

Saturday, the Sounders, the jewel of the Magnolia soccer set, took the Toronto pitch trying to win a second consecutive MLS Cup. They didn’t. And not only did they not – they lost 2-0 – the goal that actually decided the game probably should have been disallowed.

Talk about a gut punch followed by one a little lower. Seattle is the most soccer-mad city in the nation (if it isn’t, dare we say it, Portland), and takes great pride in turning out 40-to-50-thousand strong for home matches. But the weekend wasn’t over yet. Yesterday the Seahawks played. The crown jewel in the city’s professional sports hierarchy. A chance to tie the Rams for first place in the NFC West. The Hawks’ rightful place.

Not only did they lose, they embarrassed themselves. The final minute of the 30-24 loss to Jacksonville included two plays that may alter the course of this season. Suspensions are possible for the antics of players like Michael Bennett, Quinton Jefferson, Sheldon Richardson and maybe others. Not only that, linebackers Bobby Wagner and K.J. Wright left the game with injuries and may not be back.

Oh, and top draft pick Malik McDowell, who has been unable to play after an offseason ATV accident, was reportedly arrested in Atlanta early Sunday. Oh joy.

Talk about a kick in the area below the belt.

No worries, though. The Husky basketball team would end the weekend on a high note. The guys in purple were coming off an upset of No. 2 Kansas in Kansas City. They would be playing Gonzaga in front of 10,000 home fans. There would be, in the Twitter words of one Seattle radio personality, blood.

There was. Except it wasn’t Gonzaga’s, that upstart school from the ‘Can.

Talk about a … oh, you get the picture. It was the type of weekend that leaves a sports fan battered, bruised and bent out of shape. And sore all over.

But there is a silver lining.

The workweek begins in just a few minutes. 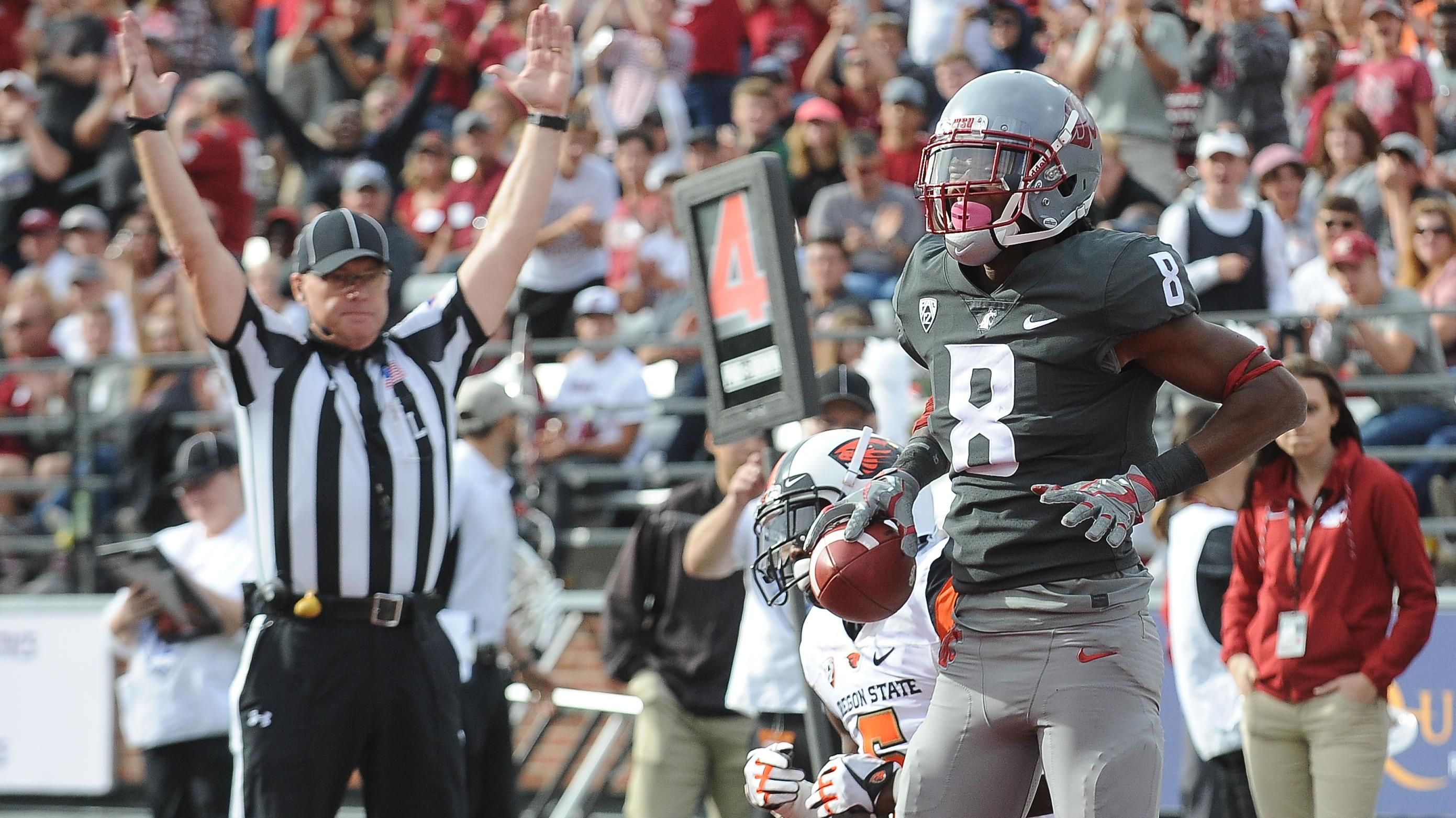 WSU: He said, he said. That’s the gist of the end of Tavares Martin’s career in Pullman. He says he asked for his release to transfer and was cut. Mike Leach says it happened the other way. Theo Lawson has the statements from the two sides. … Theo also has interviews from other Cougar players after Sunday’s practice. They can be found on our WSU football page. … The Times’ Stefanie Loh talked with Martin’s father about the past few weeks.

Elsewhere in the Pac-12, there is plenty of basketball news, but if you want our coverage on Washington’s loss, you have to read the Gonzaga section below. Though we do have the Seattle-area papers’ coverage here. … They are playing pretty good basketball in Arizona these days. Not only Arizona, but Arizona State as well. The Sun Devils handed Kansas a home loss yesterday. … How good is Utah? … Colorado is struggling with things it is usually good at. … It is Oregon’s turn to play Texas Southern. … In football, Utah has made a hire. … There are some Willie Taggart recruits that want to stay at Oregon. … How did the Ducks decide on their next coach?

Gonzaga: We begin with Jim Meehan’s analysis of GU’s easy victory, though it did come with some cost. Jim also has the three keys. … John Blanchette has his view from Alaska Airlines Arena. … I had my view from the living room of the broadcast by the Pac-12 Networks. … The guys in the office have all the highlights.

EWU: The Eagles are still on the road. They also are still losing, having dropped their fourth consecutive game yesterday, this one at South Dakota. … Elsewhere in the Big Sky basketball, Northern Colorado crushed an NAIA foe. … Weber State football is in good hands.

Seahawks: If you watched the Hawks’ loss, you may have seen a couple of awful displays. One was put on by the Seahawks in the final minute. The other came a minute or two earlier, when Seattle tried to convert a fourth down and failed, mainly because the receiver Russell Wilson wanted was pulled down. We covered both those things, and more, in our Three Takes. … The end overshadowed the rest of the loss, which included the Seattle defense falling apart after Wagner left. … The Rams lost, so there’s that. … Mike Davis can’t stay healthy.

Mariners: The M’s didn’t get Ohtani. But they had to try.

• The best part of sports? Yesterday is yesterday, tomorrow is tomorrow and there is an opportunity for the fan to experience an incredible high. Or get punched in the nose again. Until later …