A GRIP ON SPORTS • It’s the biggest day of the year for the Seattle Seahawks, a day filled with irony. Read on.

• The ironic part of it is simple. The Seahawks could play their best game of the season, win by 30 and still be disappointed. 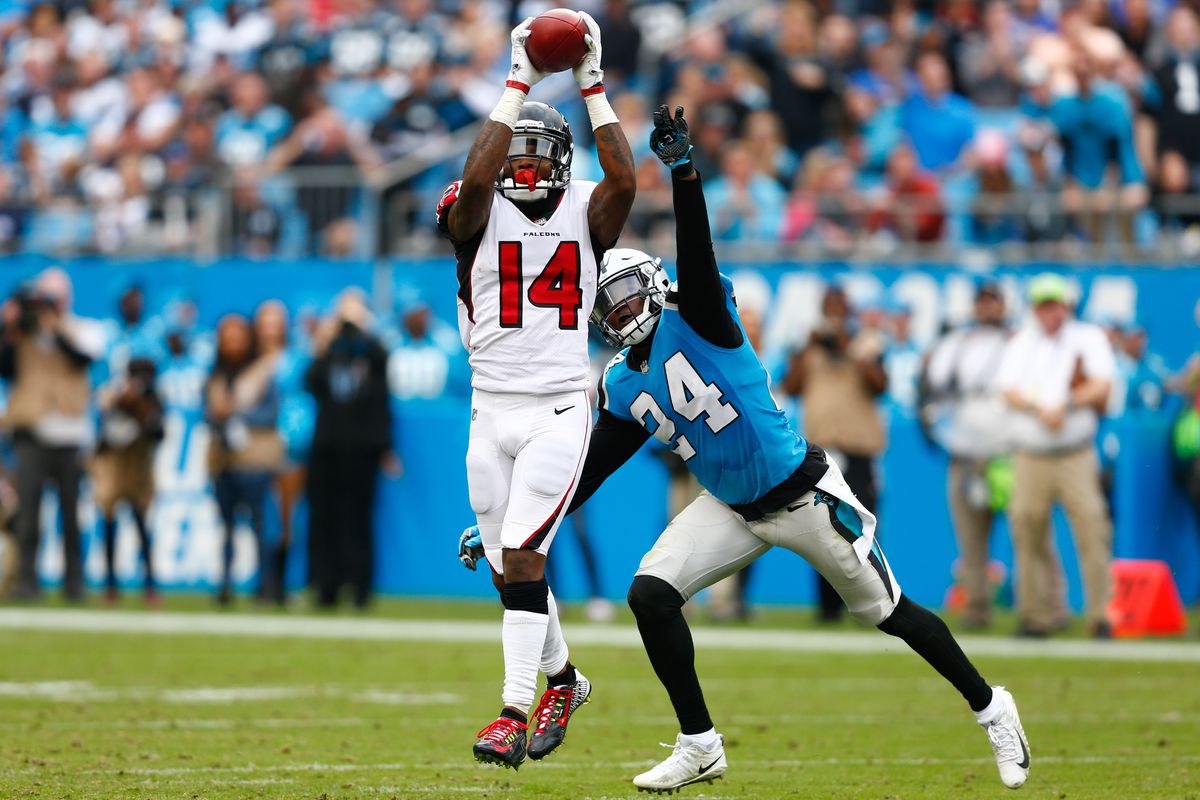 It all depends on what happens in Atlanta.

For Seattle’s game this afternoon to have any meaning, the Carolina Panthers, already ticketed for the playoffs, must win in Georgia against the Falcons.

If the Falcons win, nothing the Hawks do against the Cardinals means anything as far as this season is concerned.

So Russell Wilson could throw six touchdowns. Mike Davis could run for 125 yards. The offensive line could yield zero sacks. The secondary could come up with three picks. Bobby Wagner could have 19 tackles. And Michael Bennett could jump offsides just twice.

It’s all for nothing if Atlanta outscores Cam Newton and the Panthers.

Sure, Carolina has something to play for as well. If they win, taking their record to 12-4, they have a shot at a playoff home game. Heck, if things break right, they could still earn the NFC’s second seed. Except the Panthers don’t control their destiny either. If New Orleans wins against Tampa Bay, then the Saints win the NFC South and Carolina is traveling next week.

Which brings up an interesting point. Say the Panthers are up at halftime. But they head into the locker room and find out New Orleans is blowing out Tampa Bay. At that point, do the Panthers sit their best players to ensure they are ready for the wild-card round? Sure they do.

And the Hawks are hosed.

It’s the vagaries of the final week of the season when you’ve kicked away a win against Washington and came up just short against the Falcons in a game you probably should have won.

• If you have ever wondered why the reports of Gonzaga examining other conference options never die, then read Jim Meehan’s game story from last night and, even more importantly, John Blanchette’s column.

In it, John writes about how the bottom-feeders of the WCC – and other conferences at that level and below – hurt the top teams’ chances of making the NCAA tournament, something he terms, quite rightly, a “gated community.”

Gonzaga athletic director Mike Roth has thought about it a lot – we had conversations about it the past – and is always thinking of innovate ways to ease the way in for WCC schools, especially Gonzaga. He has another not-done-by-others idea.

Whether it ever comes to fruition is up to the rest of the conference. Whether the rumors of Gonzaga examining other conference options ever disappear is probably also up to its WCC brethren.

WSU: The 2017 season is over. Which makes it time to look back on said season. Theo Lawson does just that today. It should be an offseason of change. … Stefanie Loh covers similar territory in the Times. … If this story is true, and there is no reason to believe it isn’t as Barry Bolton has great connections in the football office due to CougFan’s importance in recruiting, then Washington State has some explaining to do. Not for keeping Luke Falk’s injury a secret. That’s the program’s prerogative. But for taking a cast on and off his left wrist each week just to keep the secret. That can’t have helped the healing process and certainly isn’t a procedure endorsed by the AMA as a way of helping that treatment (at least I couldn’t find it endorsed anywhere). Isn’t that the first priority of medical care? Broken bones usually take 4-to-6 weeks to heal, if they are not mitigating circumstances. Three months after this injury, Falk had to have surgery. 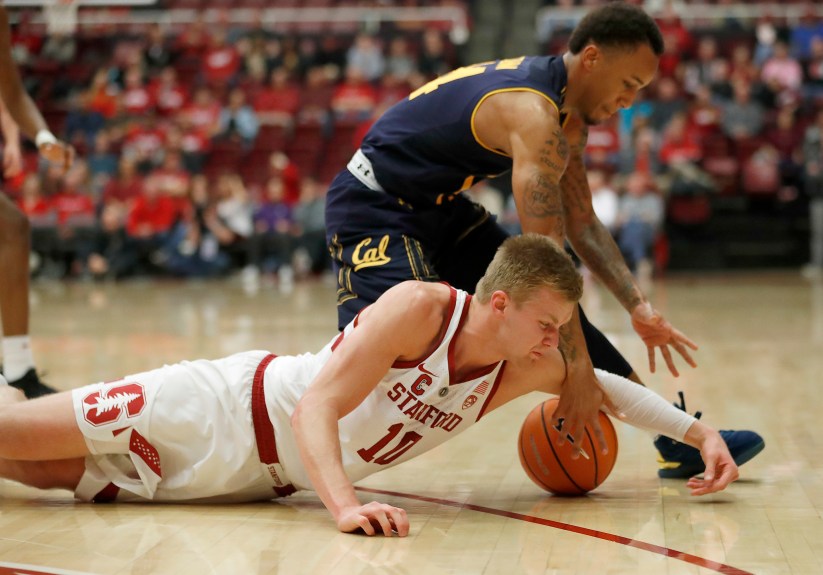 Elsewhere in the Pac-12, the final nail in the coffin that was the conference’s 2017 bowl season was delivered by Penn State yesterday. The Nittany Lions handled Washington 35-28 in the Fiesta Bowl, showing again how far the Huskies have to go to win a national title and how far the Pac-12 has to rebound after a 1-8 showing in bowl games. It’s the worst bowl season ever for a major conference. … By the way, the Big Ten was undefeated but wasn’t good enough to have one of its teams play for the national title. An eight-team playoff anyone? … There are a lot of decisions to be made by players and coaches in the Pac-12 over the next few days and weeks. … The best basketball game in the conference yesterday? It may have been in the Bay Area, where California rallied from 17 points down in the second half to win in overtime at Stanford. … OK, those teams are immaterial in the grand scheme, so the best game was in Tucson. Arizona held off Arizona State, handing the third-ranked Sun Devils their first loss of the year. … The rest of the conference is back in action today, with Oregon State trying to sweep the weekend against Utah and Oregon trying to get back on the winning track against Colorado.

Gonzaga: It wasn’t the final score that Mark Few liked the most from last night’s 101-52 win over Santa Clara. It was the way the Zags played. Jim Meehan covers that in this game analysis as well as his keys to the win. … We’ve already linked John’s column, but we do it again to ease your path. … We covered the TV broadcast, in which the local trio explained a lot of the goals around the program. Somehow, I lost the final few minutes at home. Whether it was a me problem or a Comcast problem or whatever, I didn’t get to see the end. … Whitney Ogden was in McCarthey and has two stories, one on Corey Kispert’s health and another on some alumni visiting. … If you watched on TV, you saw Dan Pelle on the baseline with his camera. Here’s his photo report. … The GU women won their second consecutive WCC road contest. … Elsewhere in the WCC, if you had a chance to watch BYU and Saint Mary’s meet in Provo, you saw a really good game. The Gaels rallied to win in overtime. … Portland isn’t playing too well. … San Diego certainly is and is 2-0 in conference play. … Pacific bounced back after a blowout loss in Spokane to top Loyola-Marymount.

EWU: Eastern’s women bounced back with a home win over North Dakota. … Around the Big Sky, Portland State had the best nonconference record, but the Vikings fell to 0-1 with a loss at Sacramento State. … Montana destroyed Southern Utah on the road. … Montana State survived in overtime at Northern Arizona. … Idaho State held off Weber State at home.

Chiefs: Spokane returned home and won 4-3 in overtime against Tri-City. Kevin Dudley has the game story.

Preps: The 2017 portion of the high school basketball season is over and we can offer roundups from boys and girls games yesterday.

Seahawks: What else is there to say about this afternoon’s matchup with the Cardinals. The stakes are high, the path simple. No matter what, the Hawks have to win to have any hope.

• We will be back here with our thoughts on the Seahawks game as it ends this evening. I’m of two minds on this one. If they win, we make some more money next week. If they lose, my Sunday can be NFL free. I guess it’s a win-win for me. … By the way, we contributed to this on-line-only compilation of the best of 2017. Of course, I didn’t follow the directions correctly. Not out of any stick-it-to-the-man mentality. Mainly, I just forgot. Until later …