A GRIP ON SPORTS • Welcome to Monday morning. And welcome to our reader mailbag for the century. Ya, that’s about as often as we do them. Read on.

• There was a lot of emotion in McCarthey Arena on Saturday night. And a lot of emotion afterward. So anything that anyone wrote concerning BYU’s 79-71 upset of the previously undefeated Zags touched a nerve. 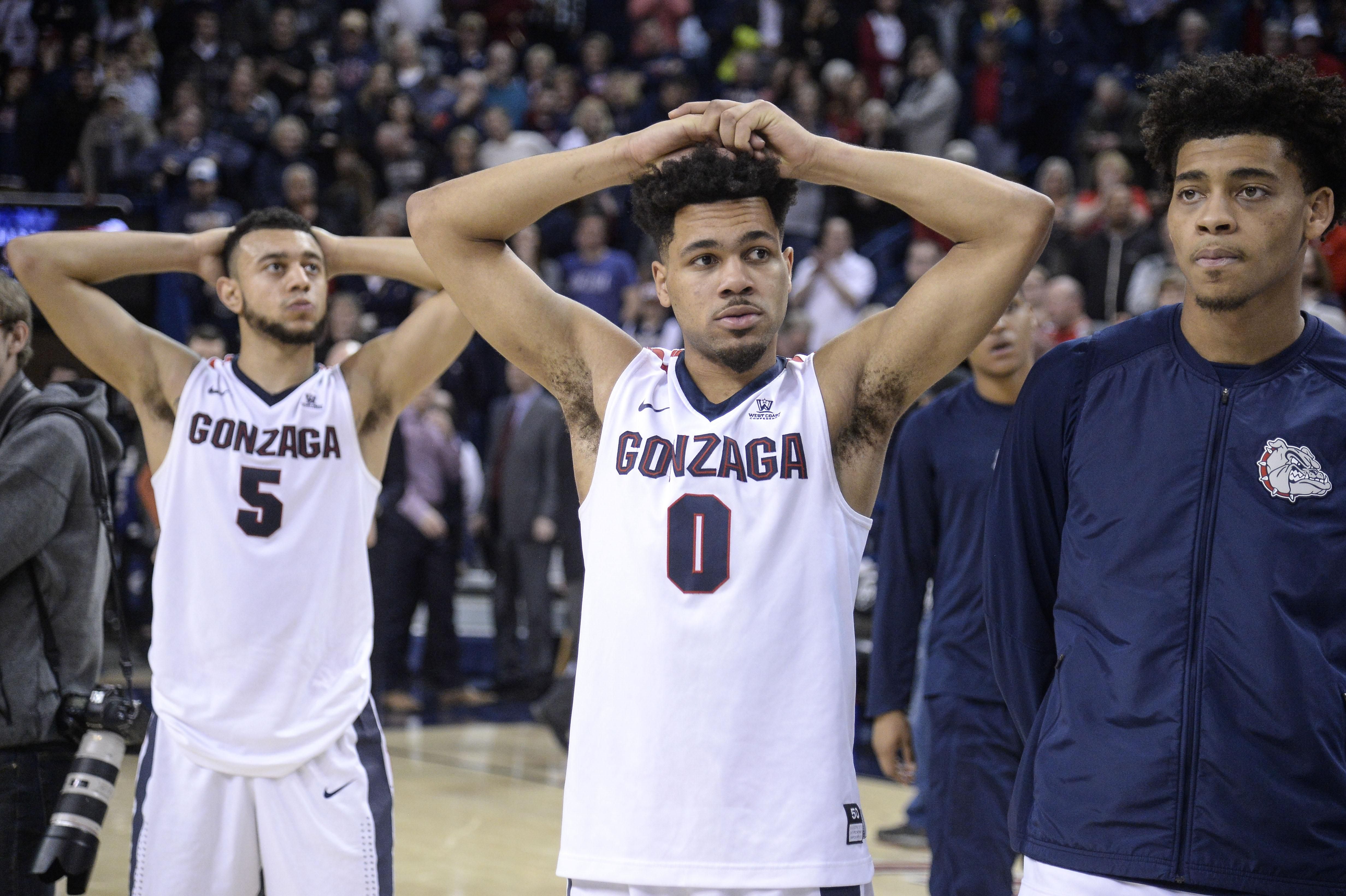 But I guess I played the role of Dr. Christian Szell, drilling into everyone’s front teeth. And I found it definitely wasn’t safe.

From texts to emails, from Twitter to the website, things written in the past 48 to 72 hours elicited comments. Fine and dandy. Let’s answer  a few of them.

I received a nice email concerning the TV Take column on the game. The sentiment echoed others I heard elsewhere, that it was too tough on ESPN announcers Eric Rothman and Adrian Branch. And, in a vacuum, maybe it was.

If Saturday night’s performance by the duo was an anomaly, then pointing out some of their mistakes – and that’s what I did, point out some of the more egregious ones – in a media criticism column would have been unfair.

Rothman, for his part, just had an off night. I’ve listened to him enough to know that. He is usually pretty solid.

The problem is Saturday’s performance was typical of Branch on GU games. One pass, two passes, that’s enough. After that, though, it is hard to stay true to the term “critic” without pointing them out.

The same email asked a few other questions concerning the why of the TV Take column, something that’s been answered in this space before.

Most Gonzaga fans don’t get to watch the game in the Kennel. They, like me, sit at home and digest the TV coverage. It’s my job to critique that coverage. And to explain it when needed – like last Thursday when we saw about a third of the San Diego game.

Funny thing though. When the column was envisioned before the start of the season, no one thought the year would play out as it has. You know, with Gonzaga winning every game by a bunch of points – except for Saturday’s, of course. It has made for a lot of similarities between the broadcasts.

A couple of Twitter comments seemed to indicate everyone makes mistakes, including the S-R. So why not criticize the paper, especially for the 30-0 screw up. The answer is simple: I don’t have to. The guy in charge did that. In print.

The other item I wrote that elicited some emotional response was Saturday morning’s look at the student section, BYU and the LDS faith.

An LDS friend texted he’s not offended at all. He doesn’t see it as being disrespectful. In fact, he kind of enjoys the creativity. He’s impressed the GU students have done their homework, even down to the bike helmets.

But a Twitter commentator responded the BYU coaches and players must have thought it was disrespectful, because they went out and ruined a 29-game winning streak.

Which was sort of the column’s point.

• Good for Washington State’s Josh Hawkinson and Ike Iroegbu. Sunday they finished their four years in Pullman with one last win. And it came over the Huskies on Senior Night.

The duo came to WSU to play for Ken Bone. They left having been coached by Ernie Kent for three years. Such changes aren’t always good for players.

It seems as if the changeover has been just great for Hawkinson and, down the stretch of his senior year, good for Iroegbu as well.

Next up is a trip to Los Angeles and then the Pac-12 tournament in Las Vegas. Wins may be hard to come by. But Sunday’s will live in their memory forever.

Gonzaga: Despite Saturday’s result, the Zags still have the same goals for the rest of the season, including the WCC tournament and the NCAA tournament. That’s the point of Jim Meehan’s follow-up to the BYU defeat. … Michael Gulledge has a feature on GU’s numbers man, Roccardo Fois (pictured). … The baseball team rallied but still fell short, 5-4, at UCLA. … Saturday’s night home loss has been dissected over and over around here and also around the country. The polls will be out soon. Then we’ll see how far GU falls. … Which BYU team will show up at the West Coast Conference tournament?

WSU: It’s been a long time since Washington State has swept the season series from UW. But with last night’s 79-71 win, that’s the result. Jacob Thorpe has the game story, which focuses on the seniors, and there is coverage from Christian Caple in the News-Tribune and Percy Allen in the Times. … The baseball team won in Los Angeles. … The women’s basketball team will open Pac-12 tournament play against Colorado. … Around the conference yesterday, USC held a double-digit lead late but Arizona State rallied for an 83-82 victory. … Oregon had to root for UCLA on Saturday, which was weird, but with the Bruins win over Arizona, the Ducks are a win over Oregon State away from a conference title. … The Wildcats expect to see UCLA again. … Stanford opens spring football practice this week.

Chiefs: Spokane fell behind big in the first period and never recovered in a 9-5 home loss to Kelowna. Josh Horton has the story from the Arena.

Preps: Greg Lee has a nice feature on Central Valley’s Courtney Carolan, who has bounced back from a torn ACL. … The state tournaments are this week. Here’s a list of the openers for local teams.

Mariners: Another day, another blowout win. Overreaction of the week: This lineup is awesome. … Guillermo Heredia is pushing for a roster spot. … Remember the Big Three? … Next up is Kansas City, the team that traded Jarrod Dyson to the M’s in the offseason.

Sounders: As the MLS season opener nears, Seattle is dealing with injury issues.

• The work week begins. This month is about over. Can the snow begin to melt away please? Thank you. Until later …