A GRIP ON SPORTS • If your Saturday isn’t jam-packed, then you are probably doing it wrong. Or right. Maybe the best way to enjoy a weekend is to not have any plans. We’ll have to try that someday. Read on.

• You know what’s different about today than the first couple Saturdays of the year? No NFL? Yes, that too. But I was going for a PGA golf tournament on the TV. From sunny Southern California.

Except it isn’t sunny in Palm Springs area – or anywhere else in the Golden State. A rainstorm – a much-needed rainstorm – blew through and made yesterday’s round at the CareerBuilder Challenge a muddy slog.

So watching sun-drenched golf and dreaming about warmer weather is probably off the table today.

But there is other things to do, and we’re not talking about fixing the squeaking door downstairs.

There are the Zags this evening. That’s worth watching, if only to see if anyone in the WCC can stay within 30 of the nation’s fourth-ranked team. It’s Portland’s turn to try.

There are a couple college football all-star games to watch, including the venerable Shrine Game. Both games feature local talent with Washington State’s Gabe Marks and Idaho’s Austin Rehkow competing at the Shrine Game and Eastern’s Kendrick Bourne and Samson Ebukam at the NFLPA’s game in Southern California.

And if you really want to bask in some televised sunshine, don’t miss the Australian Open. It’s summertime Down Under and it’s hot in Melbourne. Always is in January. Besides, the tennis is pretty fun too. If you want to get out of the house this evening, there is always the Chiefs’ game tonight at the Arena, though I’m pretty sure sunshine won’t be a part of that. Or you can take in an afternoon game basketball game, either at Washington State or at Eastern. You’re choice. There are tickets available.

You want the NFL? Sorry, we’re at the point where Sunday games are the options. Are you going to watch the AFC and NFC title games? Oops, that discussion will have to wait until tomorrow.

Gonzaga: As we said, the Zags host Portland in the Kennel tonight. Jim Meehan will be there and he gets you ready with an advance of the game, a look at the Pilots’ top players and some series history. … Michael Gulledge has a piece on Jay Bilas’ thoughts on Gonzaga. … BYU will try to win a road game against an overmatched foe. 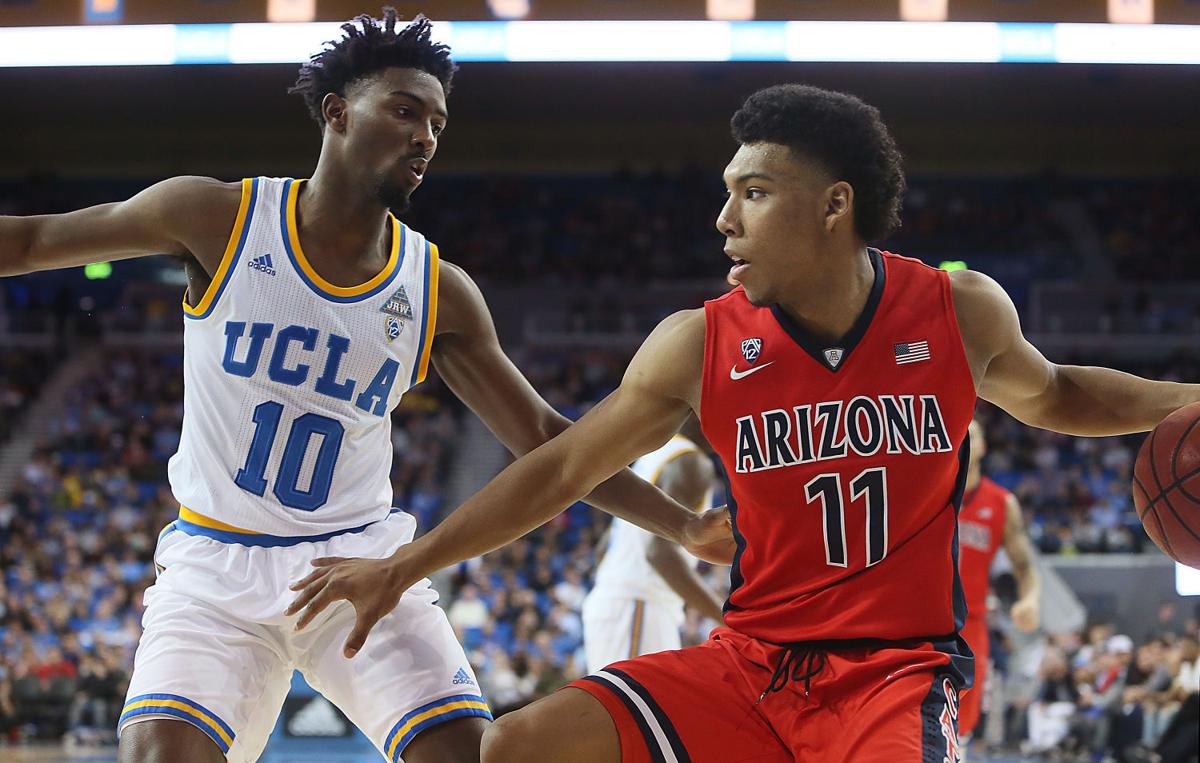 WSU: The Cougars host Colorado today. The Buffaloes have yet to win a Pac-12 game. Jacob Thorpe has an advance. … Jacob also has a story on WSU filling its defensive line vacancy, with Mike Leach using the “if-you-can’t-beat-‘em,-hire-‘em” theory. … Stefanie Loh also has a story on the hire in the Times. … Elsewhere in the Pac-12, California’s financial problems are staggering. The Bears’ athletic department lost $21.7 million in 2016. … Allonzo Trier (pictured) was reinstated by the NCAA yesterday. Just in time for the nationally televised showdown with UCLA at Pauley Pavilion. How odd. … Washington will try to make it two consecutive wins when it hosts Utah and its stifling defense. … Both Oregon and Stanford may be without their leading scorers when they meet today. … On the football side, Colorado is the first conference school we’re aware of to be hit with a fine for a postgame field storming. Somehow, the Pac-12 decided to overlook the students doing it during the WSU game. … The Ducks sickened by their workout have all been released from the hospital, with Oregon coach Willie Taggart defending the strength coach. … It is Saturday. So we have the mailbag from ESPN.com’s Pac-12 blog.

EWU: There is power in the number three, as Jim Allen demonstrates today. He has three stories about Eastern, two on football and one basketball. His hoops feature is on senior Felix Von Hofe, quite possibly the funniest college basketball player in the area. The football items? There is the seemingly daily story on the search for a new coach as well as a piece on the Eagles playing in post-season all-star games.

Preps: It was typical Friday in the Inland Northwest. Busy. Greg Lee covered Post Falls’ easy wins over Lake City, both the girls and the boys. … We have GSL boys and girls basketball roundups as well as roundups from around the area of girls and boys games.

Shadow: Spokane is joining a national league. Jim Allen has all the particulars of the Shadow moving up from the regional league it has played in the past couple years.

Seahawks: The offseason sure begins quickly. The Hawks moved to add to their roster yesterday and also added a new assistant coach for the defensive line. … Justin Britt's contract may be extended this offseason.

Sounders: The Sounders also added a new coach – and a player – with ties to the franchise.

• Well, we’re off to do our Saturday stuff. For my wife, the weekend is important. For me, it’s just another couple days. I’ll be back here this evening with our TV Take on the Gonzaga game. Until later …