A GRIP ON SPORTS • Where were we? Oh ya, talking about a Gonzaga rout, among other things. Here we are 48 hours later and the subject is still valid. We’ll cover that but we also want to talk about how tennis has become the providence of “senior citizens.” Read on.

• Yes, we’re contractual obligated to cover the Zags’ almost 50-point win in Malibu. And the two overtime games in Montana. And the Cougs trying to ruin Arizona State’s Sunday. 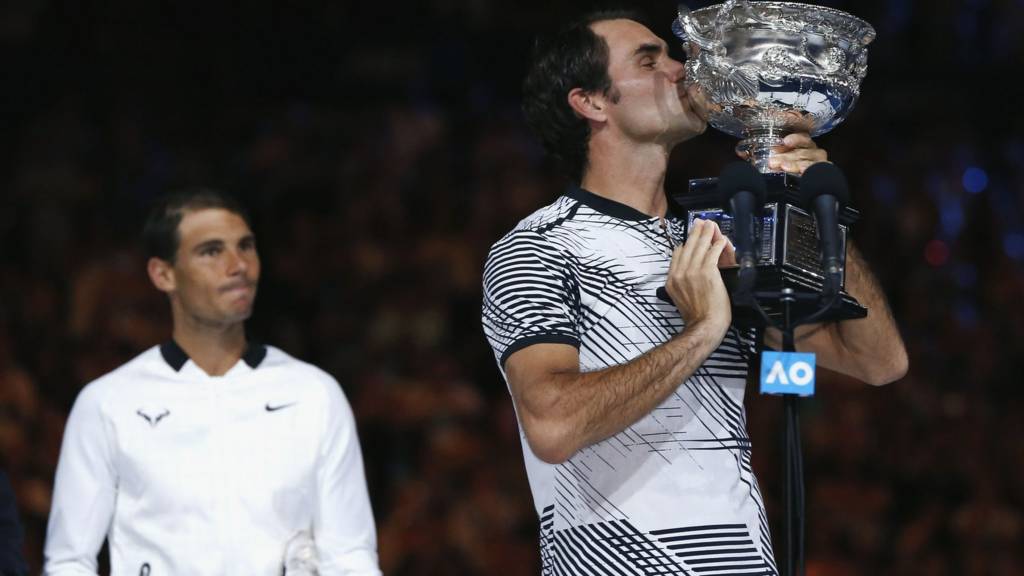 But before we get there, we wanted to look at an oddity that occurred on the final weekend of the Australian Open tennis tournament. I know, it’s a little out of the Northwest – a little? – but the four finalists knocked my support hose off with one element they all shared.

They were all extremely old, in tennis years.

Remember when Pete Sampras retired 13 years ago? He said all the travel and the competition and stress had burned his candle to the nub. He was ready to move on. He was all of 32 years old. And that was pretty normal for tennis players back at the turn of the century.

Playing into one’s 30s was pretty rare in tennis back in the day. Check that. Playing really well into one’s 30s, that’s what was rare. Folks played, mainly for the money. But winning Grand Slams after age 30 wasn’t all that common.

On the men’s side, Australia’s Ken Rosewall won four in the early 1970s after turning 30. Rod Laver, quite possibly the greatest player ever, won four as well. 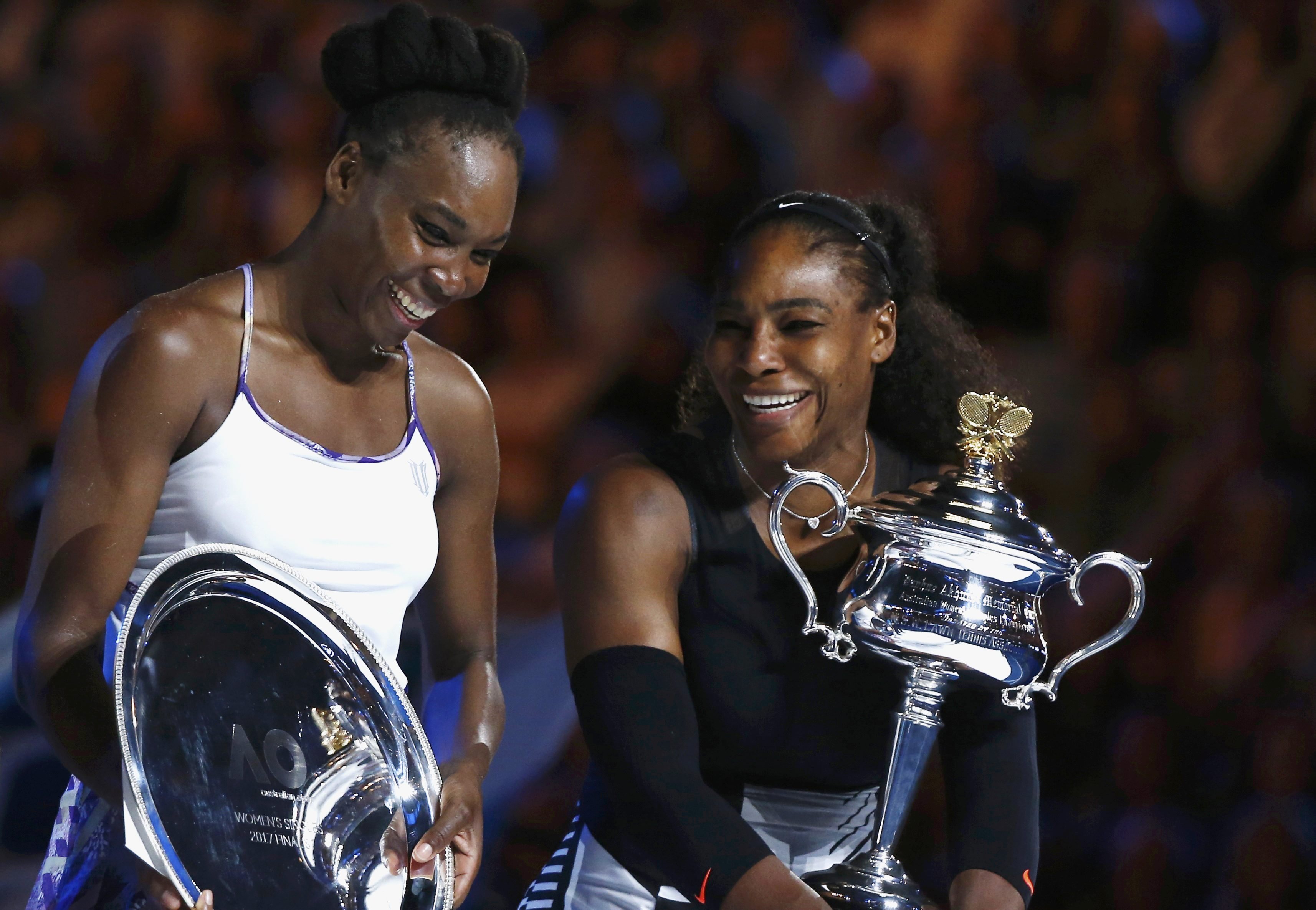 But Sampras, Arthur Ashe, Jimmy Connors, all great players, only won one Grand Slam each after passing their 30th birthday.

Heck, most Grand Slams in the Open Era were won by guys in their early 20s, at the latest.

The women? They weren’t all that different, with the possible exception of Martina Navratilova, who won three titles after turning 30. Heck, Steffi Graf, who was the best until Serena came along, never won a Grand Slam event after turning 30 in June of 1999 – and retired after the season.

So this weekend’s results, while under the radar for most of us, was historic in a simple way: It was old school, with an emphasis on the “old.”

• While we are extolling the virtues of old school dominance, I guess we should mention the Zags.

They took Pepperdine to school last night, winning 96-49. It was a game that was never in doubt.

Will they be No. 1? Yes, I know most of you care. Me, I’m indifferent. It would be cool, again. But there are other goals this year. There is no unbeatable teams in college basketball this season – except, thus far, Gonzaga. So the NCAA tournament seems wide open.

Whether the Zags are No. 1 in the polls or not, they will continue to work toward that elusive goal. You know, winning the darn thing. To do it, they have to continue to improve. That’s what matters. Not the polls.

Gonzaga: So what do we have for you today? The usual, with the exception of a column. Well, we have my TV Take column, but it’s more about the periphery stuff, not the main event. Jim Meehan was in Malibu last night and has his game story as well as an analysis of how Gonzaga won, the keys to the victory, the defense on Lamond Murray and a short piece on GU’s trip to Santa Monica High, Jordan Mathews’ alma mater. … The numbers favored Gonzaga as well. … The women shot down Pepperdine at home. Jim Allen was there to document the outside barrage and so was Dan Pelle, who has this photo report. … Around the WCC yesterday, Saint Mary’s kept pace with GU, handling Santa Clara 72-59 on the road. … BYU had to fight its way past Loyola-Marymount at home, 85-77. … Portland isn’t the same team right now and lost its eighth consecutive game, this one to visiting USD, 68-52. … USF rolled over Pacific in Stockton 81-60.

WSU: The Cougars didn’t play last night. They face Arizona State today in Tempe and then head back to school. Jacob Thorpe has an advance of the game against the Sun Devils, who hope to get back to .500. … We weren’t here yesterday but I wanted to pass along Jacob’s story on the Logan Tago suspension. … Elsewhere in the Pac-12 on Saturday, there was one major basketball upset. It happened in Boulder as Oregon’s long winning streak ended when Colorado upset the Ducks, 74-65. The Buffs now have the streak, having won two consecutive games. … Host Utah let Oregon State rally back in the second half, but still won 86-78. … There are other games today as well, with Stanford and California renewing their rivalry and Washington trying to find some offense in the conference’s toughest venue, the McKale Center. … In football, Arizona State worked quickly to fill its offensive coordinator opening. … We also reached back to yesterday to get Ted Miller’s mailbag on ESPN.com’s Pac-12 blog as well as three questions for Washington State in 2017.

EWU: Weird things happen on the road in every conference. One of those happened to the Eagles yesterday in Bozeman: Montana State shot eight free throws in overtime and edged Eastern, 91-90. … The Eastern women were shot down by MSU at home. … Jim Allen also had this story on new football coach Aaron Best. … Around the Big Sky on Saturday, Northern Arizona had the biggest upset, getting past North Dakota 68-67 in Flagstaff. … Southern Utah lost at home, falling to Northern Colorado, 89-71. … Portland State lost at Sacramento State. … Weber State had little trouble at home against Idaho State.

Idaho: The Vandals rallied at reeling Montana last night, finally getting past the Grizzlies 85-77 in overtime behind Victor Sanders’ 28 points. … The Vandal women also defeated Montana.

Preps: It was the usual Saturday night in high school basketball and we can offer roundups in boys and girls play. … There is this unusual prep occurrence to pass along as well.

Seahawks: DeShawn Shead has a long road back to the playing field. He took the first step, so to speak, Friday. … Richard Sherman will be there waiting.

Mariners: Is this the year James Paxton takes off? … The M’s FanFest features the newcomers, including outfielder Mitch Haniger. … We also have doubts about the starting pitching.

• More than a couple people spoke with me yesterday about a subject that came up on Friday’s radio show. And yes, they would spend a year in an RV if they got said vehicle free and clear afterward. Who wouldn’t? A year tooling around the nation, stopping at every place Guy Fieri has stopped, eating your way to an early grave? Fun. Until later …