• The NBA has figured out a way to stay relevant all year round: Sell its broadcast rights to ESPN and the Worldwide Leader (in Layoffs) will talk about it no matter the month.

Either that, or the league pressured ESPN to keep Ryen Russillo on the air. Either way, the NBA is about all you hear about midday on the network’s radio properties.

So we won’t go into Jamal Crawford being released, or the Celtics dumping a handful of players that made them successful last season so that coach Brad Stevens can have the services of Gordon Hayward, his favorite college player. That’s ESPN’s purview.

We’ll stick with college basketball. Specifically, the team from the college down by the river. 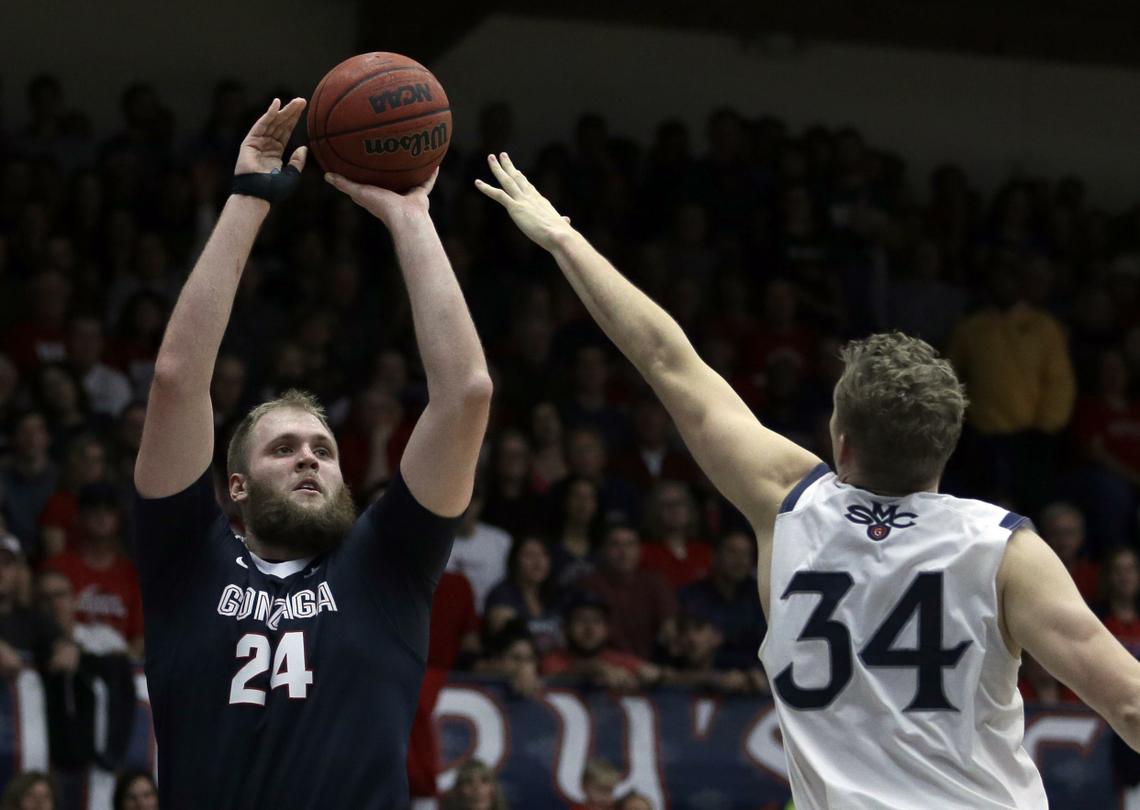 Gonzaga’s greatest and most successful season ever ended last April and the Bulldogs bid adieu to the core of its roster – and more.

Ryan Edwards “retired,” then decided to transfer. Bryan Alberts has left, though his destination isn’t clear just yet. Dustin Triano, who seemed to be connected to Bakamus by the hip, on the bench at least, decided to transfer too.

Only four of the Zags’ top eight from the 37-2 season remain: guards Josh Perkins and Silas Melson and forwards Johnathan Williams and Killian Tillie.

That’s a lot of turnover. And a lot of opportunity.

Who will seize it?

The FIBA U19 World Cup, played the past couple weeks in Cairo, has given us a clue about two who will.

We all knew Tillie would be slotted into a much bigger role this fall. The 6-foot-10 forward exerted himself for France this week and showed next season’s GU role won’t be too big for him. Though France’s U19 title hopes went poof yesterday in its loss to Canada, Tillie was exceptional, with 22 points and 17 rebounds.

He’s a given to be a force up front for the Bulldogs.

On the other hand, Rui Hachimura was something of a question mark. And, despite his great play in Cairo, still is. For a variety of reasons.

The 6-8 wing was a stat-sheet stuffer for a not-very-good Japan team at the tournament – scoring, rebounding and hitting big shots. He had 21 points, nine rebounds, four assists, three steals and two blocked shots in a win over Korea on Friday.

There are questions about where and how Hachimura will fit in with the Zags. Which are different than the questions from last year, which centered round whether he could fit in. That’s been answered. Yes, he can. He’s too talented not to.

But will he play the wing or power forward?

When the Zags want to go big, Hachimura is more than capable of playing the small forward. If there is anyone in recent local history that can serve as a comp, I present WSU’s Kyle Weaver, though Hachimura showed in the U19 tournament he’s probably a better shooter, if not as good a ball-handler – yet.

But the height, the length, the quickness are all comparable. And Weaver was a pretty good small forward for the Cougars a decade ago.

Hachimura is strong too. Strong enough to play the power forward spot if called upon. With Williams, Tillie and 6-11 Danish redshirt freshman Jacob Larsen, who is coming off a knee injury, the Zags have three capable frontline players. Yet, as last season showed, a fourth is often needed.

Hachimura can fill that role.

His versatility opens a world of possibilities – and whoop-(donkey) – for Mark Few.

Yes, the Zags lost a lot after last season. But the last week has shown there is still a lot left at Gonzaga.

Maybe a lot more than most people thought.

WSU: First up on Yahoo’s ranking of the Power Five athletic departments? That would be the Cougars. And it’s not a good thing (though WSU has improved recently). … The football program has a winning streak against Oregon. … Former WSU assistant coach David Yost is working with a younger group in Utah.

Gonzaga: We had a pretty lengthy Zag segment above, but if you skipped it (thinking it was probably about the Mariners) we will link the stories on Tillie and Hachimura again for you.

EWU: We’ve watched Steven Beo play a lot over the years, back when he was at Richland High. Now he’s going to be an Eagle, after transferring from BYU. Ryan Collingwood, filling in for a vacationing Jim Allen, has the story.

Indians: Usually the fireworks are after the game. But Friday night, the Hillsboro Hops supplied some before and during their 6-5 comeback win over the Indians. As per usual, Johnathan Curley supplies the nuts and bolts game story and Whitney Ogden delves into the pregame standoff that resulted in ejections. … Around the Northwest League, Salem-Keiser rallied past Everett, Boise lost at home to Vancouver and Eugene picked up a win.

Empire: The Arizona Rattlers will try to wrest the IFL title from Sioux Falls tonight.

Golf: Kirk Triplett grew up in the Inland Northwest. And his thoughts are never too far away. Jim Meehan spoke with the Pullman High graduate for Jim’s weekly golf column.

Mariners: It hasn’t been often lately we’ve been able to link Dave Nichols’ Mariners Log after a Seattle win. Today, it’s possible. The rest of the stories are there as well.

Sounders: Seattle has a friendly scheduled for today, which will give younger players an opportunity to gain experience. … Clint Dempsey is the MLS player of the week.

• Don’t you love Saturdays? I know, every day seems a bit like a Saturday for me, as I do this feature then have the rest of the day to do whatever I want. But for most, including my better half, Saturday is a day without work, a day to refresh, to rejuvenate, to just sleep in. She’s enjoying that right now. So I’m typing quietly. Which is why there are so few exclamation points. Until later …