LIND, Wash. – On a gray morning in the middle of June, more than 100 farmers, scientists and wheat industry leaders gathered at Washington State University’s Dryland Research Station, a cluster of fields and test facilities spanning more than 1,300 acres in Adams County.

The Lind Field Day is an annual exhibition of agricultural technologies and crop varieties being developed by WSU researchers. At one of the first stops on the tour, researchers showed off their latest iteration of a perennial wheat/wheatgrass hybrid.

Perennial wheat is something of a holy grail in the world of crop breeding, although it remains difficult to produce a sufficient yield, said Scott Yates, spokesman for the Washington Grain Commission.

“Just imagine if you didn’t need to come in and replant your fields every year,” he said. 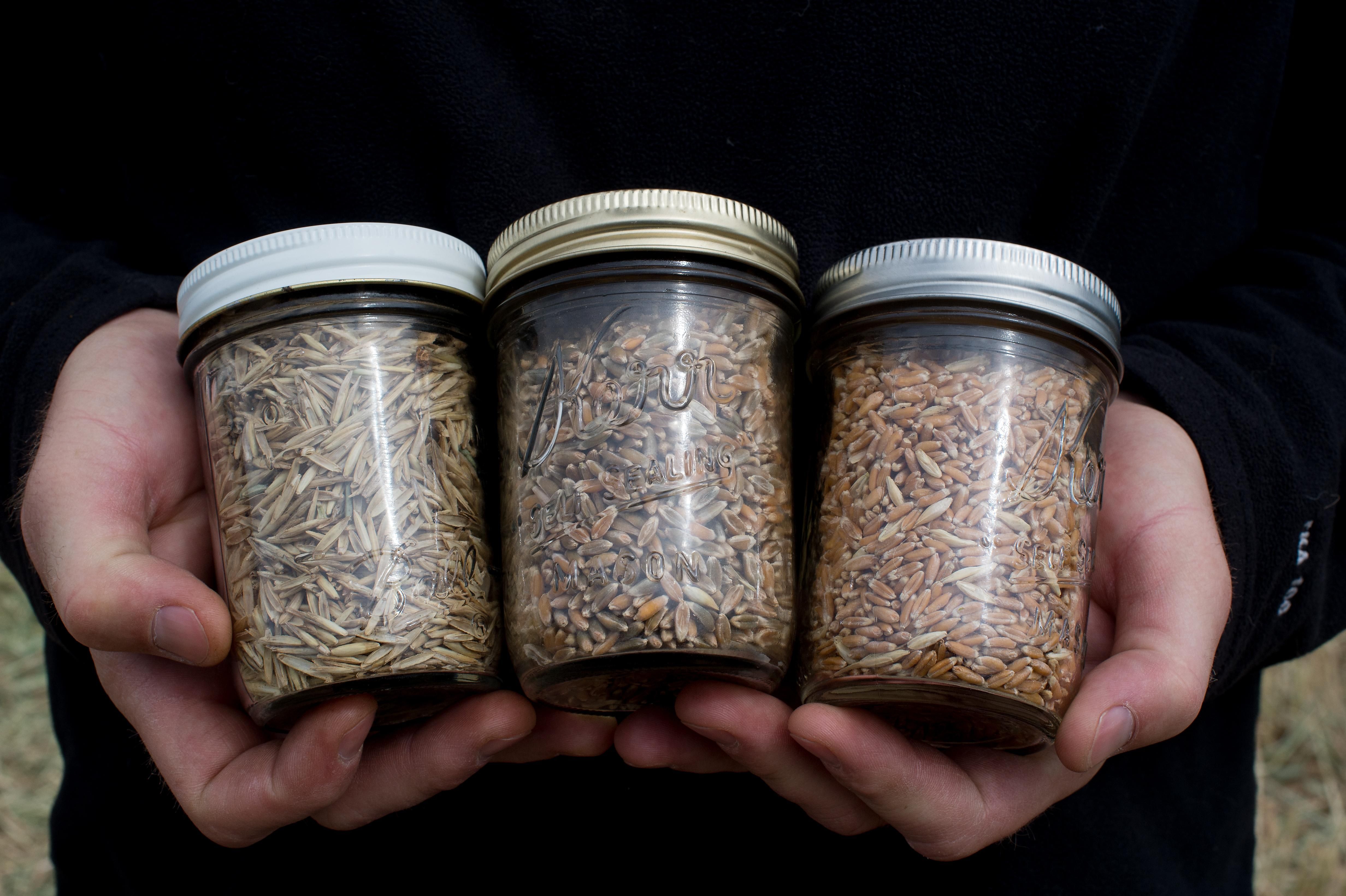 Hundreds of wheat varieties are cultivated in the United States, and each falls into one of six market classes, distinguished by its color, shape, hardness and time of planting. They also vary by the regions in which they’re grown and are used to make different products. | GRAPHIC »

Most of the wheat varieties presented during the tour were more traditional. Farmers received a firsthand look at varieties that may be available to them in the coming years.

There are stark differences between growing wheat in Lind, which receives fewer than 10 inches of rain in an average year, and in Pullman, which receives more than 20 inches.

“If you start at Colfax and you go west, the average annual rainfall drops by about an inch every 10 miles,” said James Moyer, the associate dean for research in WSU’s agriculture college.

It can be incredibly challenging to raise crops in the driest parts of Washington, as many farmers in Adams, Grant, Lincoln and Franklin counties rely on the shrinking Odessa Aquifer to irrigate their fields. As the quality and quantity of that water declines, potato farmers in the region are particularly susceptible and may be forced into dryland wheat farming.

Last year, however, was good to Ross Fox, who farms wheat on irrigated fields near Othello. While the weather caused unforeseen quality issues for many farmers on the Palouse, above-average rainfall gave Fox a high yield of good-quality wheat.

“We had our best crop ever in 115 years,” he said, referring to the origins of his family’s farm. “Moisture really makes a difference.”