A GRIP ON SPORTS • Jordan Spieth was standing near the driving range at Royal Birkdale yesterday, looking down at his golf ball. He, and it, were nearly lost. It was an opportunity of a lifetime. And he reached for it. Read on.

• This wasn't during the warmup before Spieth's final round Sunday in the British Open, a round he would begin with a three-stroke lead. No, it was on the 13th hole, with Spieth tied at 8-under with Matt Kuchar. Spieth, who at 23 had already coughed up one major title, had gagged on his three-stroke lead. His putter was balky, his driver wayward. It looked as if another meltdown was in the works when his drive on 13 sailed wide right, hit a fan in the head and bounced into the crud that seems ever-present at British Open courses.

He was on the other side of a mound big enough to star in its own Hugh Grant movie.

It took more than 20 minutes for Spieth and his caddie, Michael Greller, to find the ball, identify it, decide on the best option and drop in the driving range. The hole was out of sight. So, seemingly, was his third major, about to be choked away like a kidney pie.

But adversity is a witch with a sense of humor. It can destroy careers or it can be a steppingstone to greatness. Sunday afternoon north of Liverpool, Spieth chose greatness.

His blind 3-iron – a club Greller insisted upon – found the front of the green. He salvaged bogey. He was one stroke back.

Bad, but not awful. And that made all the difference.

Spieth rode the momentum of the bogey save to a birdie, eagle, birdie, birdie, par finish and won the 2017 Open title by three strokes, the same edge he had coming into the day. It was a victory that didn't seem possible as he stood on the 13th tee and watched his drive disappear into the crowd.

Too often athletes look at the downside of adversity. They can't see the opportunity. 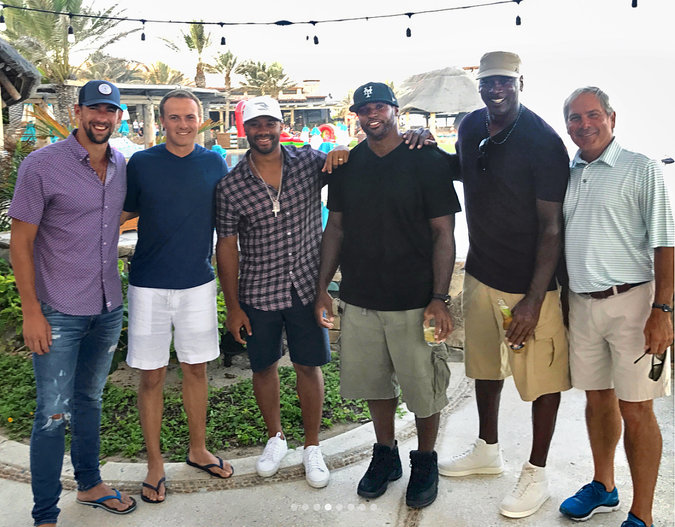 Legends are made by overcoming it, not succumbing to it. On a recent vacation, Spieth had spent time with a handful of guys who had done the former so often adversity seemed to be their best friend.

Guys like Michael Phelps and Michael Jordan. Guys like Seattle's Russell Wilson. Guys who see the gold lining in every hardship, who embrace difficulty and overcome it.

Spieth hadn't been that type of guy. Until Sunday. Now he's the youngest American to ever win the British Open. He's the second youngest man ever to have won three legs of the career Grand Slam, trailing only the greatest golfer of all time, Jack Nicklaus.

But most importantly, Spieth has learned how to turn a mountain into a hill, climb over it and emerge stronger on the other side.

WSU: If you want Pac-12 football news, we have some for you. Arizona State is trying to get back to playing defense the way it used to. … Sometimes those in college athletics do amazing things.

Indians: Cole Ragans had a good outing and the Indians won 5-3 at Hillsboro. The Hops still won the Northwest League's South Division first-half title, however, because Eugene lost to Tri-City. … Vancouver won the North with a 21-17 record. … Everett picked up its fourth consecutive victory.

Preps: Only one Spokane-area American Legion team is still alive in the state playoffs.

Mariners: The M's have played 100 games this season. Sixty-two are left. That's not good. See, every day Seattle hovers around the .500 mark, the path to enough wins to ensure a postseason berth gets steeper. When the M's had 100 games left and were at .500, they only had to win 60 percent of their games to get 20 games over and ensure a playoff spot. Now, because they are 49-51, they would have to win almost 68 percent. It doesn't seem like a lot more, but it is. What was once a slow climb is now like a trip up Lookout Pass. That's the thrust of my column this morning. … The 51st loss of the season came in a strange fashion. The Yankees jumped ahead early, the M's came back to regain the lead and then the recently reliable bullpen coughed it up in a 6-4 defeat. The worst part of the loss is New York, who currently holds one of the two wild-card spots, was reeling coming into Safeco this weekend and hadn't one a series in six weeks. The Yankees won three of the four games. … With trades already made, Ryan Divish looks at the top prospects remaining in the Mariners' farm system. … Why did the M's flinch at home? … Jarrod Dyson had to sit yesterday.

Seahawks: Richard Sherman has a cause that fits his personality: big. … Earl Thomas' return will help the secondary. But will it be enough? Sounders: Seattle didn't put its best 11 on the CenturyLink turf yesterday but the 11 it did play were enough to blow out San Jose, 3-0. The star was Cristian Roldan (pictured), who scored twice. … Portland snapped a six-match winless streak with a 2-1 road win at Vancouver. … The U.S. won't be facing Mexico in the Gold Cup final. Nope, it's Jamaica, which defeated Mexico 1-0 in the second semifinal yesterday.

• The older you get, the more you realize the opportunities availed by tough circumstances. Sometimes you just can't overcome them. Other times they lead to some of life's greatest moments. But only if you are willing to try. It's a lesson that is tough to teach in the abstract. It almost always has to be learned through experience. Until later …