A GRIP ON SPORTS • The weekend beckons. But before we get too involved with its sunshine and lollipops, let’s take a quick look back at Friday night. Maybe we can actually figure out what happened. Read on.

• Look, there is no way I’m on board with the NBA being fixed. The league spends all its energy rigging the draft lottery, so deciding who wins a single game in the finals isn’t worth the effort.

But it was obvious from the start last night the Cavaliers were going to play physically on both ends of the court and force the officials to make them stop. They didn’t. Or couldn’t. Or wouldn’t.

You want to know why Kyrie Irving was able to go off? Mainly because Klay Thompson, Irving’s bête noire this series, picked up two early fouls playing defense the same way he’s been playing the previous three games.

But Friday night he was handcuffed by two quick whistles, sat for a while and was never the same force defensively.

Instead of a sweep, the Warriors head back home hoping – and we’re not talking an Oval Office, individual-meeting type of hope here, as they have no power to make it happen; only the league can do that – there is a little more balance in the way the game is called.

If not, everyone could be headed back to Cleveland one more time.

• It’s a little more fun to watch the Mariners these days, isn’t it? 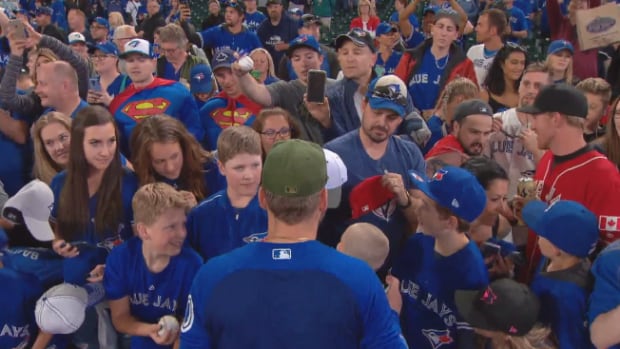 Even if the Safeco crowd last night booed pickoff attempts at first base. By Mariner pitchers. Yep, the Canadians were again out in full force, infesting the stands and cheering for their Blue Jays.

And buying beer. Lots and lots of beer.

No matter. The word “timely” is now appropriate when speaking of the Mariners’ hitting. And the pitching seems to be solidifying. Hitting and pitching. Last time I checked, those are two crucial parts of winning baseball games.

• This is the last call for fishing stories about you and your dad. I would love to share them with the readers of this column. Just as I shared mine earlier.

We’ve already received a few stories but we’re always baiting our hook for a few more.

WSU: Don’t underestimate the power of a graduate transfer. Especially one who can bang around inside. Former North Dakota forward Drick Bernstine (pictured) signed on at Washington State yesterday, giving the Cougars immediate help around the rim. Jacob Thorpe has the story. … We linked Stefanie Loh’s story about the athletic department’s finances yesterday. She goes in-depth today with athletic director Bill Moos. … Around the Pac-12, with their best pitcher recusing himself, Oregon State still won the opening game of its Super Regional with Vanderbilt. … Utah football coach Kyle Whittingham signed a five-year contract extension yesterday.

Gonzaga: I actually watched the NCAA steeplechase live yesterday (at least I think it was live) as I waited for dinner – and the restaurant’s TVs to be turned over to the NBA game). A local kid was running after all. But Troy Fraley never really seemed in the race and finished seventh. … Jim Meehan relates how Kelly Olynyk was able to be an academic All-American.

Preps: Briann January was a Lewis and Clark standout on both ends of the court. Now she’s about to embark on a career path that will require her to not only play but coach as well. Jim Allen delves into January’s latest basketball journey. … This isn't sports' related, though it is for me. I happen to coach Ella's brother. Courage comes in so many forms.

Indians: Speaking of journeys, the Spokane Indians are filtering into town in advance of the league season opening next week. Whitney Ogden has the story.

Empire: A once promising season has gone off the rails, as the Empire lost for the fifth time in six games, 58-28 last night at Iowa. … The Arizona Rattlers will not be at home if they reach the IFL title game.

Mariners: The M’s 4-2 victory is covered in Dave Nichols’ Mariners Log this morning. And we added the links.

Seahawks: A good coach teaches his charges how to reflect his attitude. Remember that when reading about how positive Tom Cable is concerning his newest offensive line. Pete Carroll’s it’s-always-sunny-in-Seattle attitude has flowed downhill. … As the OTAs wrap up, the Hawks had some injuries to deal with, but most of the guys, including Kam Chancellor and Tyler Lockett, seem to be healing well.

• The weekend. No NBA, but there is horse racing, baseball and golf to watch if you are inclined to stay inside. Me? There is a hike on the agenda. And possibly some swings of a golf club. Let’s hope the right side of the driving range is available, so the inevitable shanks don’t hurt anyone. Until later …