“Let me take this picture first,” said third-year coach Fortier, staying true to her team-first approach. She hopped into a snapshot with her team clad in WCC championship T-shirts and hats on a portable stage at Orleans Arena.

Fortier has taken three teams to the WCC tournament and the first two, one a regular-season champion, came up short. This team came up big – big offense, big scoring runs, big when the title game against Saint Mary’s went from a rout to a battle in the second half.

Top-seeded Gonzaga defeated the Gaels 86-75 on Tuesday, giving Fortier her first WCC tournament championship and her first trip up the ladder to cut down the net.

“It’s something I’ve never done before,” Fortier said. “Obviously, I’m pretty new at this head coaching thing. It’s good to do firsts. This is one of those firsts I like. Pretty exciting.”

And pretty important to a program that has made a habit of collecting championship trophies and making NCAA Tournament trips.

“Look around this building,” said athletic director Mike Roth, motioning toward the thousands of Gonzaga fans watching the awards ceremony. “Everybody else down here has maybe 50 fans, so the expectations both here and at home are tremendous, and the pressure that goes along with that. She’s handled that tremendously.”

That was probably never more evident than when the Bulldogs stumbled out of the gate to start conference play, dropping their first two games.

“We haven’t been here in a while, so we’re really excited,” fifth-year senior forward Kiara Kudron said. “She just looked at me and started crying, so I started bawling my eyes out.

“Coming off those first two losses at the beginning of the WCC season, she told us not to stress out and just come together as a team.”

Taking over a high-profile program can be stressful, too. Or it can be embraced. Fortier chose the latter.

“We know what the pressures are and the expectations,” said Fortier, who guided the Zags to the Sweet 16 in her first season. “We just try to do our best every day. Our players are trying to do their best to play as a team.

“We’re so well supported. It is a place where there is expectation, but the people care. We care, too. It’s nice that everybody is pulling for the same thing.” 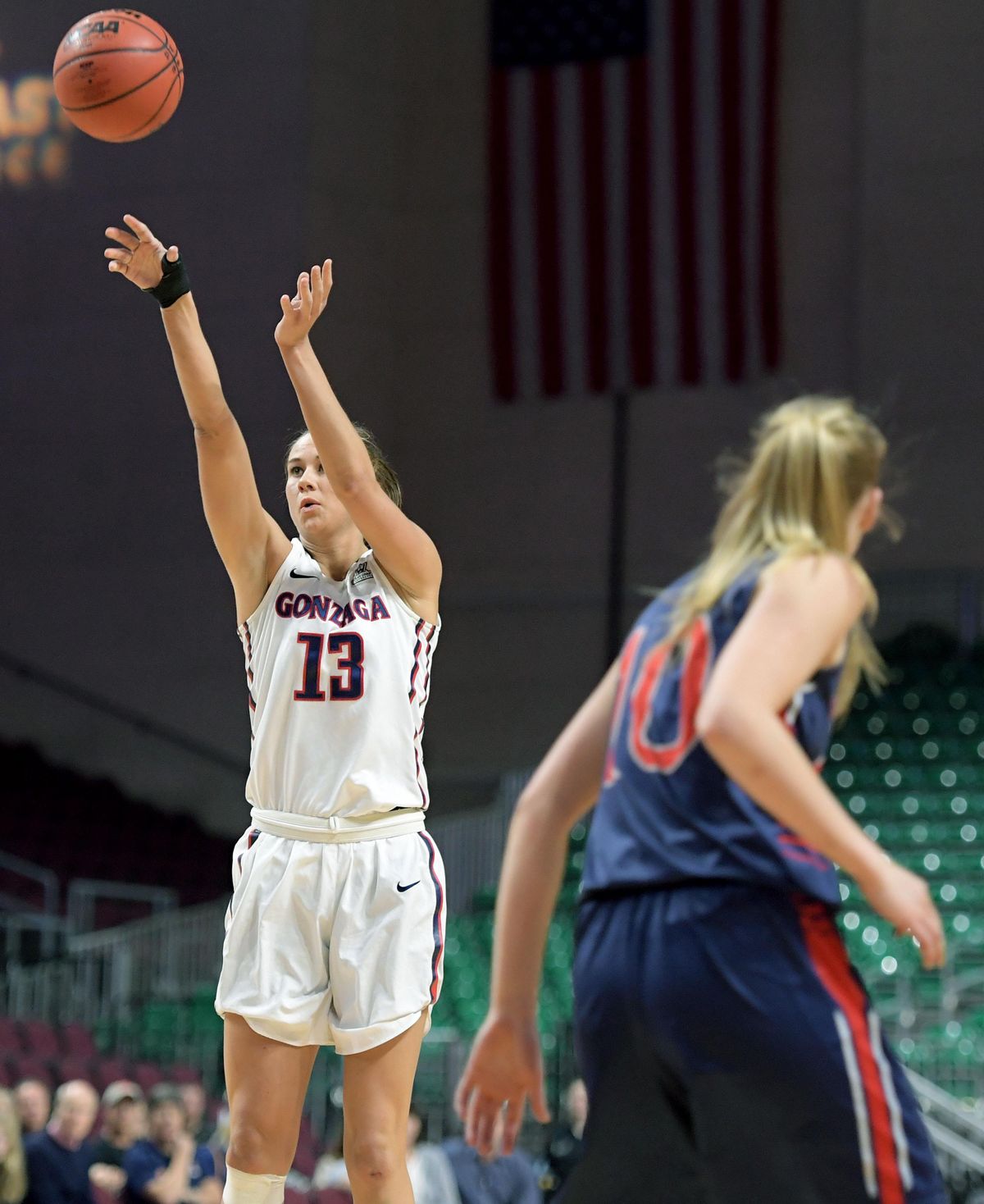