The Spokane Empire, coming off a bruising 49-35 loss to Arizona, face Colorado on Thursday at the Budweiser Events Center in Loveland. The game was moved from Friday to accommodate a home playoff game for the Colorado Eagles hockey team.

Spokane (7-4) booked flight arrangements months ago so it will leave Thursday morning for Denver, about 55 miles from Loveland.

“We’re focusing on the game and not all the things the league and Colorado has changed on us,” coach Adam Shackleford said. “Control the controllables, and that’s getting our minds and bodies ready to play a football game.”

Spokane shares first place with Arizona. Nebraska (6-5) is one game behind. The top two teams in the Intense Conference advance to the playoffs. 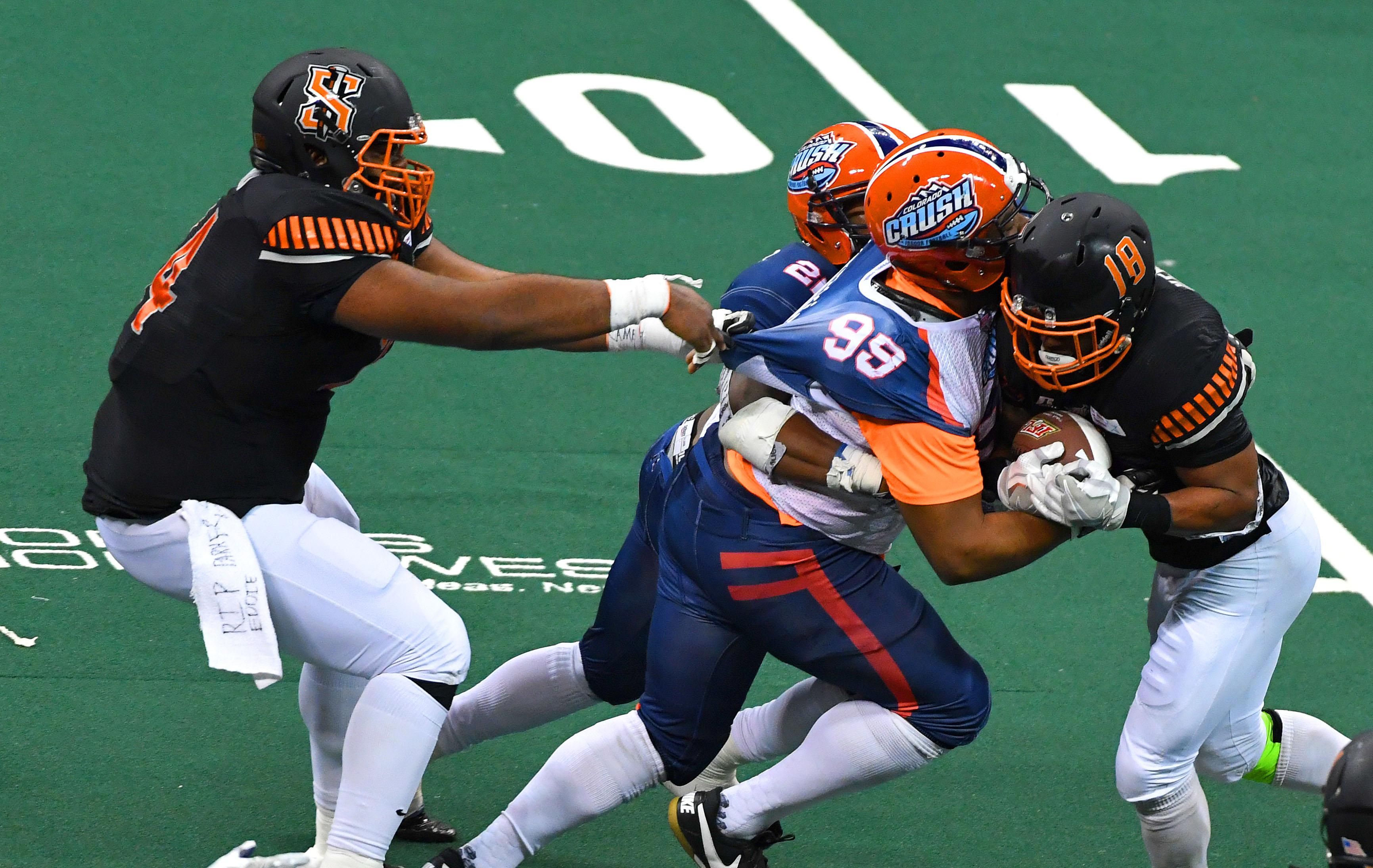 Defense holds up in Empire’s victory over Crush

Linebacker Nick Haag returns to the Empire after participating in New York Giants’ minicamp last week. Linebacker Pasquale Vacchio will miss at least one game with a pectoral injury.

Spokane’s offense has scored 36 points or less in five of its last six games, including a 36-24 win over Colorado on April 14. Colorado changed head coaches in early May with former New York Jets linebacker Marvin Jones replacing Jose Jefferson.