A GRIP ON SPORTS • It’s Apple Cup week. The game for college football supremacy in the Evergreen State. And, for the second consecutive year, for the Pac-12 North title and a berth in the conference championship – at least for Washington State. The stakes are about as high as they can get. Read on.

• Which doesn’t bode well for one school.

Past performance may not be indicative of future results, but it certainly colors our perceptions, doesn’t it. And Theo Lawson’s history lesson in today’s Spokesman-Review teaches us about Washington State’s less-than-stellar legacy in Apple Cup games when the stakes are this high.

Theo looks back at five games with either the Pac-12 North or the Rose Bowl on the line. The Cougars have won exactly one of those games, 1997.

Ryan Leaf’s year. The rose in the mouth. The end of the drought.

The other four times, including last season? Washington has either won or tied, which was good enough to ruin the Cougars’ hopes in 1942.

That includes last season, when the Huskies came into Martin Stadium and just kicked the Cougars’ behind, 45-17.

Luckily for WSU fans, this isn’t last year’s team. Nor is Washington playing at the same level. Washington State’s defense, despite hiccups on the road at California (aided by seven WSU turnovers) and Arizona (aided by six huge plays), is one of the conference’s two best.

Problem is, UW has the best defense. Which means this game will probably come down to which offense is the most efficient.

Will that be the Huskies, who showed last week they are capable of coming from behind to win? Or will that be the Cougars, whose quarterback, Luke Falk, owns every passing record in conference history, has led WSU to a school-record 27 wins in three-plus season but has never defeated the cross-state rival.

Here’s his last chance. Will he, and the Cougars, grab it?

WSU: Besides the history lesson linked above, Theo also has some news. Defensive coordinator Alex Grinch is a finalist for the Broyles Award, given to the top assistant coach. And both WSU and UW moved up a bit in the latest college football playoff rankings. … Theo also offers his Pac-12 power rankings and interviews with players, and Mike Leach, after yesterday’s practice. Those videos can be found on our WSU football page. … Switching to basketball for a moment, former WSU center Aron Baynes has brought his particular set of talents to Boston these days. … One of his teammates for a year, Golden State star Klay Thompson, had an odd interview the other day that caught the nation’s fancy. … Back to football, the Apple Cup is not only huge in our state, but in Northern California as well. Stanford needs UW to win. … The Huskies respect the Cougars’ offense, including the receivers, but have been able to control it pretty well the past few years. By the way, this will be the final Apple Cup for Bob Rondeau, the long-time voice of Husky football. 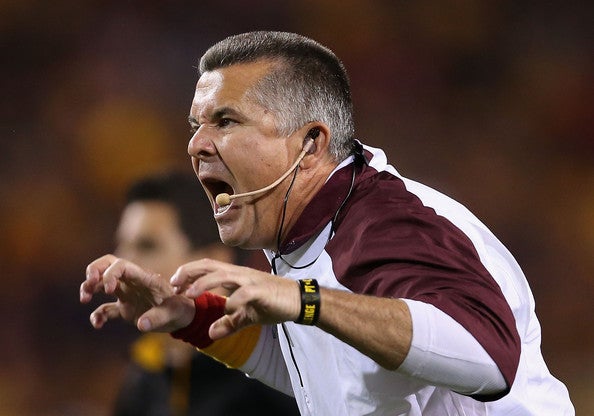 Elsewhere in the Pac-12, down the road in Corvallis, there is another long-standing Pacific Northwest rivalry game playing out. The stakes are not as high in the Civil War but both Oregon State and Oregon will still be highly charged. … In the mountains, Utah hosts Colorado with both teams needing to win to make a bowl game. The Utes had their chance last week in Seattle before losing late to UW. … In the desert, the Territorial Cup between Arizona and Arizona State was expected to be the swan song for both coaches when the season began. Arizona’s Rich Rodriguez is safe but his Sun Devil counterpart, Todd Graham, is probably on the way out. … Speaking of schools in search of a new coach, UCLA plays California on Saturday with the winner headed to a bowl. Yet that is not important in Los Angeles. Who the Bruins will hire to replace Jim Mora is. … USC gets to sit and wait, watching to see if it will play WSU or Stanford in Santa Clara. … On the basketball court, UCLA bounced back with a win but California didn’t. 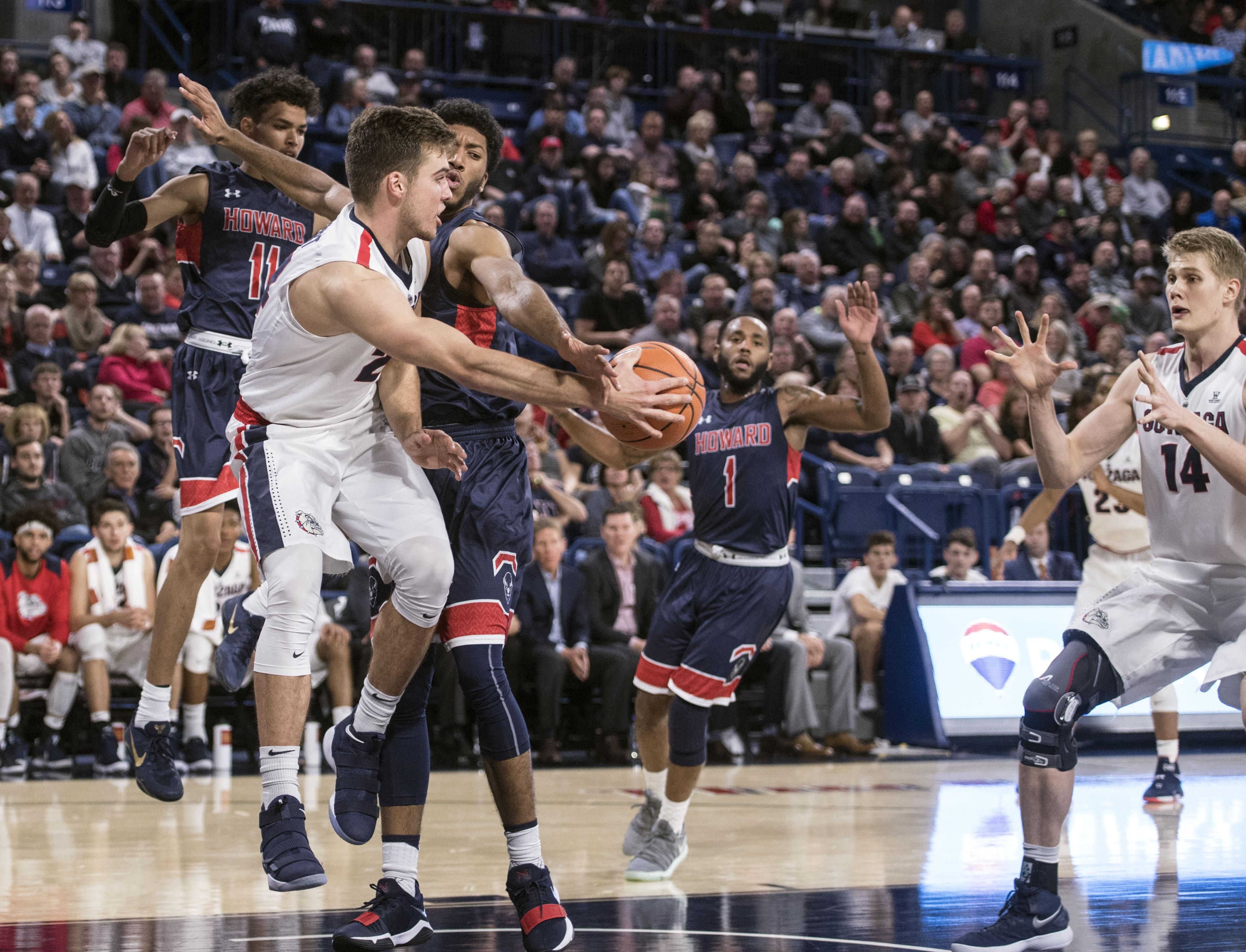 Gonzaga: The biggest holiday tournament ever – in some circles – will be this week in Portland and Gonzaga is part of it. Jim Meehan previews the PK80, which starts on Thanksgiving, and highlights the contributions of freshman wing Corey Kispert. … BYU played last night and exploded in the second half to top Niagara. USD remained undefeated Monday night with a home victory.

EWU: Could it be Gage Gubrud’s run in with the Cheney police, which cost him a one-game suspension, also cost him a first-team spot on the all-Big Sky team? Maybe. Then again, no Eagle made first team on either side of the ball, as Jim Allen’s story tells us. … The women’s basketball team took on a big challenge last night, playing 10th-ranked Oregon in Eugene. The Ducks won. … Around the Big Sky, champion Southern Utah has the toughest playoff road. … Northern Arizona’s abrupt turnaround on coach Jerome Souers had its roots in the athletic director leaving. … Montana State and Southern Utah won their basketball games last night while Montana lost.

Chiefs: Portland picked up a road win at Kootenay. … Everett is dealing with a slump.

Seahawks: After the wish-they-had-it-back loss to Atlanta on Monday night, the Hawks get a bit of a breather: San Francisco at home. … That doesn’t mean the roster didn’t receive a shakeup or two, with the team cutting pass rusher Dwight Freeney. … There are just so many players injured. … The clock management wasn’t stellar against the Falcons.

Sounders: Road goals are crucial in the MLS playoffs. The Sounders picked up two last night in Houston, giving them a big edge heading into the second and final leg of their series with the Dynamo. The final was 2-0.

• It’s a pretty big weekend coming up. Not only is Turkey Day on Thursday, Gonzaga plays Thursday, Friday and Sunday. The Cougars and Huskies are on Saturday. And the Seahawks host the 49ers on Sunday. I hope my living room chair survives. Until later …