A GRIP ON SPORTS • It’s time for a quick interruption from the overwhelming presence of college football, the NFL and the baseball playoffs. Just a quick one, we assure you. Though it may seem longer because it is about a sport not everyone feels enamored with. We’re talking soccer. Read on.

• There is no way you could mistake me for a soccer expert. The basics of the game, sure, we get that. And enjoy it. There is a certain purity to a sport in which one mistake, a ball going off a shin into your own goal, for example, could cost a national team a chance to play for the ultimate prize.

That’s the best part of soccer – and it’s Achilles’ heel with Americans.

People in this country love offense, love scoring in every sport. Heck, just about every professional sport has rewritten its rules in the past couple decades just to help teams score.

We understand that. But the nuances of soccer, they elude us, though, in this case, I’m using the singular version of that word, not speaking for the nation.

But we – again, singular – do understand this country. It loves winners. In all things, sure, but mostly in sports. The Cowboys became America’s Team not because of the star on their helmets but because they won a lot.

The Red Sox were just another lovable team until then finally won a World Series.

The Bulls were a laughingstock until Michael Jordan came along. Now, 20 years later, you still see Bulls paraphernalia around.

Winning, like the snake oil that used to be peddled around the West, is the elixir for everything.

We’ve had success in soccer on the world stage. The women have won the World Cup three times and Olympic gold four times. Each of those wins has helped energize a fan base that still resonates.

But for the sport to really establish itself in this country, the men need to get onboard the winners’ train. Maybe not win a World Cup, per se (that’s asking a lot of any country in the middle rung of the sport, from Chile to Mexico to the U.S.) but at least make deep runs in the world’s showcase event.

To do that, however, you have to qualify. It isn’t easy (ask Italy or the Netherlands). It’s a crapshoot, a tough qualifying tournament that tests the mettle of the players and the national organization.

The latter let down the former early on in this four-year cycle, in one of two ways: Keeping the former coach, Jurgen Klinsmann, too long, or bailing on his plan too soon. There is a divide among U.S. fans about that one, though most lean toward the first scenario.

And then the players let everyone down last night, playing haphazard soccer in front of small crowd in what looked to be the soccer equivalent of a JV field. There was no urgency, little effort and a lack of will. There was an own goal, an uncontested booming goal and one too few goals on the U.S. part. A match that just had to end in a draw became a 2-1 loss to the worst team in the qualifying tournament, Trinidad and Tobago.

It ended up being an embarrassment. And there will be repercussions. Even in a sport as far down the national ladder as soccer, Tuesday’s result – not qualifying for the World Cup for the first time since the Reagan presidency – will force action.

Not that many will care, because the hard work of developing a program that actually competes on the world stage successfully isn’t easy, fun or ESPN-worthy, but it will have to happen.

The U.S. is teaming with Canada and Mexico in an attempt to host the World Cup in 2026. Whether the countries will win the bid won’t be known until 2020. By then, the United State’s men’s national team should have a new look. Maybe it will be enough to catch the sports fans’ eyes for good reasons.

WSU: Mike Leach’s thoughts on an expanded football playoff are the subject of Theo Lawson’s main story today. … Theo also held a live chat yesterday and posted a transcript. … The injuries Washington State has endured have been concentrated, in large part, on the inside linebacker corps. The Times’ Stefanie Loh has a story on who is left and what they can do. She also has a piece on the Cougars’ underdog mentality. … California coach Justin Wilcox wonders how his team will respond to three consecutive losses. 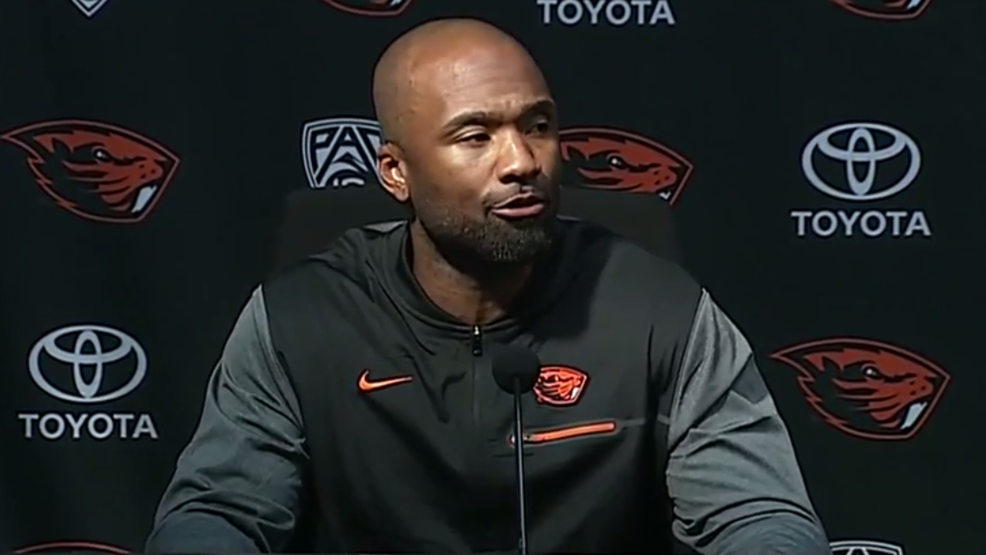 Elsewhere in the Pac-12, the upcoming week features some interesting games, including a late-night in the desert. … That would be Washington’s matchup with Arizona State. The Huskies are getting better defensively while the Sun Devils are focusing on offense. … The matchup between UCLA, coming off a bye, and Arizona, coming off a big win, is intriguing. … So is the game in Corvallis, where Oregon State is dealing with the loss of its coach and a Colorado team hungry for a win. … USC and Utah meet in a big game as it pertains to the South race, though both teams are dealing with major injuries. … When Oregon and Stanford play it’s a big game. If this were 2012, or 13 or 14 or 15. … So who is going to which bowls? … How are other Pac-12 coaches dealing with Gary Andersen’s decision? … And, finally, the ESPN spat with Washington seems to be fading away. … Some of those caught-up in the college basketball scandal made court appearances yesterday.

Gonzaga: David Stockton signed a contract yesterday with the Sacramento Kings. Jim Meehan has all the particulars on the former GU guard’s most recent attempt to catch on in the NBA.

EWU: The standings are the one statistical category Eastern Washington really focuses upon. That’s the thrust of Jim Allen’s piece today. … Around the Big Sky, the big game this Saturday pits disappointing North Dakota against a hot Montana team. … The Southern Utah battle with Weber State is always highly contested. … Northern Colorado has lost its best quarterback, possibly for the season. … Idaho State is still dealing with the close loss to Montana.

Chiefs: It isn’t easy winning in Portland. Tuesday, it wasn’t even easy for the Chiefs to score.

Empire: This is a sad story. Former Empire receiver Carl Sims was killed downtown over the weekend. Ryan Collingwood has the news.

Preps: It was another busy Tuesday in the high school world yesterday. We can guide you to roundups from boys’ soccer, girls’ soccer, volleyball and slowpitch softball.

Seahawks: The offensive line is not protecting Russell Wilson. That has to improve. Along those lines, the Hawks auditioned a new player yesterday but he didn’t sign.

• The U.S. soccer team stood for the national anthem last night. Then took a figurative knee during the match. Until later …