A GRIP ON SPORTS • The NFL opened its season last night. All hope of getting anything done on a weekend is over until late January – at the earliest. Read on.

• Baseball was my first love. Basketball is my current fave. I am infatuated with golf, tennis, soccer and a couple of other sports that have asked me to keep our trysts secret. 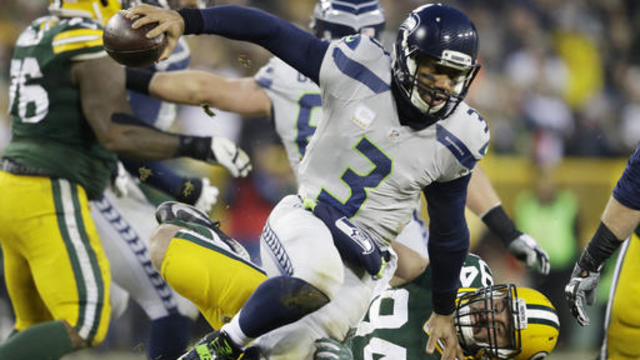 But I get football is America’s sweetheart.

Football is the sports equivalent of the pretty girl or guy we used to stare at in church. You know the one. Dreamy eyes, perfect hair, great … well, we don’t have to get too specific.

Anyway, football has been this country’s passion for most of my adult life, though it’s easy right now to question if it is aging well.

But it might be untoward of us to bring up this weekend. Not when the sport is decked out in its finest outfit and ready for its closeup. (And yes, that is a reference to “Sunset Boulevard” and all that the classic movie signifies.)

The NFL is Numero Uno these days. It is what baseball was 100 years ago, what soccer hopes to be in 50: The sport everyone in America talks about.

Sundays are no longer ours. They are under the control of Roger Goodell and his henchmen. We get up by 10 a.m. to watch the RedZone, turn over to the Hawks in the afternoon and go to sleep with NBC on mute.

It’s not a biological clock, per se, but it is our late-summer to early winter rhythm.

Combine Sunday with a Saturday of dawn-to-midnight college football and there is little time on a weekend to bond with the kids or clean out the gutters or take that long walk around Tubbs Hill.

We will withhold judgment on whether that is good or bad. It’s a personal matter we don’t want to get in the middle of at this time. All I know is I’m going to try to cut back this year, lose a few pounds as it were, get down to fighting weight for hoops season.

Too bad there aren’t professionals out there who could serve as personal trainers.

“Put down that remote.” “Get off your behind and change the furnace filter.” “When was the last time the car was washed?”

Wait, there is. She lives with me. Problem solved.

I’m glad I could be of help.

• I can’t remember the last time I checked a website so often it went down. So blame me for the Spokane Regional Clean Air Agency’s site being overloaded yesterday. Just doing my due diligence for you folks.

The last thing I did last night was check the air quality index. Checked the first thing this morning too. The number is down – but still in the very unhealthy range. We’ve already lost one high school football game scheduled for tonight and may lose more. The Greater Spokane League requires the index to be below 150, which is the threshold for unhealthy air, before athletic events can be played outdoors.

Rain knocked down the smoke in part of Oregon last night but that doesn’t seem to be in our forecast anytime soon. We have to hope the breezes kick up enough to clear out the particulates. Will it happen today?

• I guess I better update the U.S. Open tennis, as I wrote about it yesterday. Two women coming off injuries, Sloane Stephens and Madison Keys, will play in Saturday’s final. They won their matches in the All-American semifinals last night.

WSU: “Let’s play Family Feud.” Ya, I know. It’s not like that. But Saturday night’s Boise State at Washington State football game has all the earmarks of a Thanksgiving brouhaha. Without the turkey. Theo Lawson has a look at the Rypien aspect of the non-conference matchup. … The Times Stefanie Loh examines how Daniel Ekuale improved over the offseason. … USA Today looked at the money the Cougars have invested in its football program. … Boise State needs its offensive line to play better this week if it wants to win. Around the Pac-12, it’s time to start picking who will win this weekend. … The old-friend aspect of college football will be on display this week at Washington, where the Huskies have made some seating changes. … The air improved yesterday as Oregon State practiced in preparation for Minnesota. … The Oregon matchup with Nebraska features some old-school ties. … Stanford will throw one of the better cornerback pairs at USC. … California has a physical safety setting the defensive tone. … Colorado’s kicker is experienced – in life. … Utah’s success against BYU has waxed and waned over the years. … USC must shore up its run defense and do it quickly. … They’ve been maligned recently, but UCLA’s receivers came through late last week. … Long hair is a thing everywhere, including Arizona State. … There have been important recruits for Arizona, but none more so than Brandon Dawkins.

Gonzaga: There was some big news around McCarthey yesterday, with redshirt freshman big man Jacob Larsen cleared to practice. Larsen tore up his knee before the season last year. Jim Meehan has the story. … The Zags will be playing late on Thanksgiving night, part of the PK80 tournament that also includes a game at home earlier in the month versus Utah State. … The men’s soccer team fell on the road to Washington.

EWU: Jim Allen held a live chat yesterday and put together a feature on one of the Eagles’ hard-working defensive linemen. … Elsewhere in the Big Sky, Idaho State kicked off the weekend for the conference by getting kicked around at Utah State. … Montana lost a backup running back. … Northern Colorado lost a high-paying game at Florida due to Hurricane Irma. … Southern Utah faces a tough road opponent. … North Dakota goes out of conference this week.

Idaho: The Vandals opponent this week suffered the worst upset defeat maybe in history last week. UNLV, a 45-point favorite, lost to Howard at home. Now they come to Moscow. Paul Petrino expects to see the Rebels’ best. Peter Harriman has that story.

Indians: Its Northwest League season is over, as Spokane bowed out with a 2-1 loss at Vancouver. The Indians finished first in the Northwest League’s North Division during the second half but were swept from the playoffs. … Eugene also swept Hillsboro to set up a league title series with Vancouver.

Chiefs: The preseason continued Thursday with Spokane losing a high-scoring game with Portland in Kennewick and also signing a goaltender.

Preps: As we mentioned above, there has been one football game cancelled already and the decisions on more should come by noon today. … Indoor sports are still being played, so we can pass along a volleyball roundup. … Last week’s Pick Six didn’t go all that well for either Greg Lee or Sam Adams. This week has to be better, right? Mariners: What will it take for Seattle to make the postseason? Start with at least 16 wins – in the last 22 games – and go from there. … The M’s picked up Mike Leake to be a complimentary part of the rotation for the future. Tonight, though, they need him to pitch like an ace.

Seahawks: This could be Russell Wilson’s best season yet. … It looks as if the Hawks are pretty darn healthy prior to Sunday’s season opener at Green Bay. … The Michael Bennett incident in Las Vegas is still getting play, with the city’s police union asking for an NFL investigation and the league declining. … Will Eddie Lacy try a Lambeau Leap? Will he get the chance against his old team?

• I forgot to pass along some exciting news yesterday. I was on the radio for three hours. If you missed it, you’re welcome. But there is no excuse today. I am on 700 ESPN – it also has some designation on that newfangled “FM” stuff, give me a minute while I look it up … OK, it’s 105.3 – with my friend Dennis Patchin from 3 to 6 p.m. You can listen here if you like to hear me make a fool of myself. Just click the listen live link. One stupid thing I said yesterday: There is no way Kansas City was beating New England. Today I will probably pick the Browns to win Sunday. Until later …