A GRIP ON SPORTS • Woke up to the sound of rain. Rain. In Spokane. It’s been 80 days since it last rained here. How good would it be if, say, the Mariners went 80 days without a loss? Or the Seahawks went that long between touchdowns? Wait, scratch that last one. Read on.

• It was pouring at CenturyLink Field yesterday. Just not pouring yards, points or anything else associated with the offensive end of football.

The Seahawks looked awful on offense. The 49ers? Even worse, if that was possible. At least San Francisco had a running back that could hit a hole. And the 49er offensive line opened some.

But Kyle Shanahan’s team doesn’t have a quarterback and won’t until next season, when Kirk Cousins leaves Washington and signs with the 49ers. Yesterday, they had to make do with Brian Hoyer, who is the type of passer the Hawks eat up.

You know, an inaccurate one. But Russell Wilson didn’t show out all that much better and, in a huge surprise, he actually had a little time to throw occasionally.

But Wilson is getting gun shy. It shows. His eyes are dropping quicker than they used to, especially in the pocket. He expects to be hit, he’s anticipating being hit and he’s looking for escape routes before he needs to.

All signs of a quarterback who has been hit too hard too often. To Darrell Bevell’s credit, the offensive coordinator began doing more with Wilson outside of the pocket and that helped. To Wilson’s credit, he kept his eyes up when he needed to, finding Paul Richardson for the game’s only touchdown to give the Hawks a 12-9 win.

It was Wilson’s legs that kept the offense poor instead of putrid. It was his arm that got them the winning score. And it’s going to be his guts that will be the only thing between winning and losing unless the offensive line improves.

The defense is good enough to win a title. The offense isn’t even good enough for Y.A. Tittle’s day.

• Remember when the Houston Astros were so bad, teams in the American League West couldn’t wait to play them? That was then. Now they are one of the top two teams in the league and one of the World Series favorites.

How did that happen? The Astros tore their franchise down to the studs and rebuilt. They lost often, earned high picks and drafted wisely. They built a string foundation first and then success followed. No lying to their fans that they were “trying to win now.” They understood the recipe they needed to follow and followed it.

Years of losses are now being followed by the success those of us in the Northwest can only long for.

Heck, Seattle could have followed the Houston recipe years ago. Not now. Not after almost two decades of mediocrity. Fans won’t stand for it. In 2007 or 2008, maybe, if it had been acknowledged and sold, like it was in Houston a few years ago.

WSU: Sundays are for reflection – at least in the college football world. Coaches on the hot seat try not to sit down. Schools on winning streaks, like Washington State, look back on the Saturday win with pride. Theo Lawson evaluates what happened in Martin Stadium and then shares a few notes from Saturday that didn’t make the paper. He also takes a look at the Cougars’ standing in the polls, which is pretty good. … Up next for the Cougars: Nevada. The Times’ Stefanie Loh takes her first look at the Wolf Pack (as well as doing the poll thing). … Dale Grummert of the Lewiston Tribune is reporting Peyton Pelluer is out for the season with a fracture in his foot. The story is behind a paywall. Elsewhere in the Pac-12, the poll voters welcomed a few new conference schools. … Oregon State, which has a bye this week, is still looking for answers after the loss in Pullman. At least quarterback Jake Luton was not seriously injured, though his father tweeted out he’s not healthy either. … Conference play really heats up this week, with Washington traveling to Colorado in a rematch of last season’s conference title game. Is it a revenge game for the Buffs? … Oregon will take its improved defense into the desert to face Arizona State on Saturday. The Sun Devils struggled to stop Texas Tech. … California is 3-0, ranked and owns wins over ACC and SEC schools. Now comes the real test, when they host USC. The Trojans have Sam Darnold. … Utah travels to Arizona to kick off the weekend, playing the Friday night game. … The final game of the weekend pits two teams coming off tough losses, Stanford and UCLA.

EWU: A women’s soccer player set the conference’s scoring record. … Around the Big Sky, North Dakota is licking its wounds after South Dakota gashed the Hawks. … Southern Utah is the one doing the gashing this season, especially on defense. … Montana will rely on its backup quarterback the rest of the season. 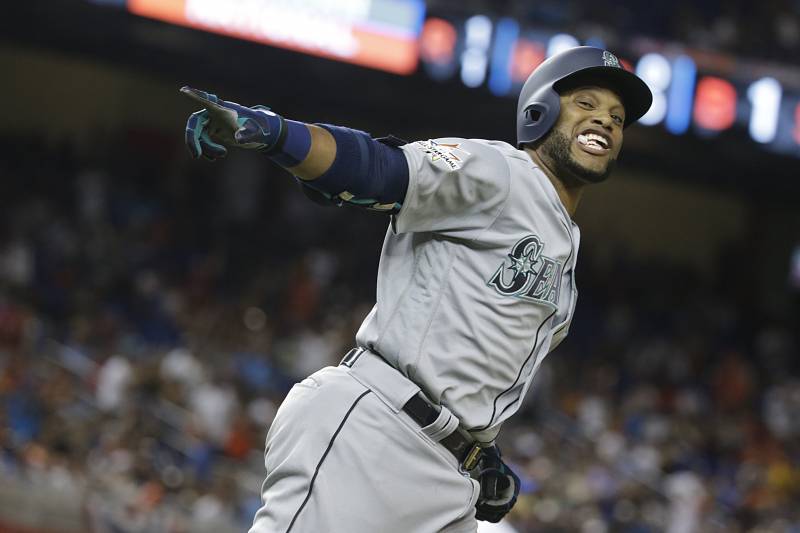 Mariners: Houston celebrated its American League West title yesterday at the M’s expense, winning 7-1. With the M’s all but mathematically eliminated from the wild-card race – being five games behind in the loss column with 12 games left, and one other team in the way, makes it nearly impossible for the M’s to triumph – we thought we would take a look at Robinson Cano’s Hall of Fame credentials. I didn’t realize they were as good as they are. He’s a lock. And he’ll really be a lock if he can lead the M’s back to the postseason. … Speaking of the future, the M’s have their outfield, though a better defensive centerfielder seems to be needed.

Seahawks: Most of the stories coming out of Seattle focus on the Hawks’ offensive woes against the lowly 49ers. As it should be. John Blanchette’s column from the home opener does the same. He also wrote the game story. … Though they won, the way it played out showed the world the Seahawks’ flaws. They need to be fixed quickly. … Paul Richardson suffered another injury yesterday. He didn’t let it stop him from catching the game-winning pass, though. … Being the times we live in, it should come as no surprise there was a pregame protest yesterday. … The Hawks may have discovered their running back. San Francisco has the one it wants. … The bottom line: The defense played well and Seattle won.

Sounders: Seattle isn’t losing but the Sounders aren’t winning in the standings.

• Are you worried about the Hawks? OK with the Mariners’ season? Glad the Cougars and Eagles won Saturday? Terrified your gutters are going to be clogged beyond belief after 80 days of leaf accumulation? Me too. Until later …