A GRIP ON SPORTS • Today used to be the biggest day in the college basketball offseason. Now it’s just an afterthought. Read on.

• At one time, the second Wednesday in April was the beginning of the only Letter of Intent signing period for hoops. It was college basketball’s Christmas and Easter rolled into one.

Then the NCAA added an early signing period in November. And everything changed.

Most high-end players are off the board before the holidays. They have signed with their college of choice. And coaches, they have been “encouraging” players to sign early, even those coaches whose names appear on hot seat lists all season.

A special November signing class can entice the administration to keep you around – though it didn’t work last year for Lorenzo Romar at Washington.

All in all, the November signing period has become the darling of the college basketball scene, with its older brother, the April period, now almost a forgotten sibling. 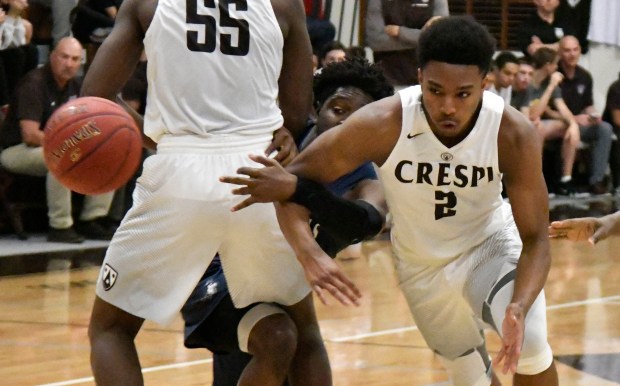 Oh sure, there are a few four- and five-star recruits out there, some who waited, others who blossomed over their senior season, and a few who were committed to schools who either changed head coaches or had assistant coaches indicted.

One of those latter folks is point guard Brandon Williams, the Crespi High product in Southern California who once was slated to sign with Arizona.

And then the FBI stuff happened.

Williams is now looking for a home and his list of schools includes Gonzaga.

The school had an in-home visit with Williams last week and, reportedly, he will visit Spokane later in the spring. If he’s still undecided.

He will be in Eugene this weekend on his official visit and the Ducks, already bragging about one of the highest-rated recruiting classes in the nation, will put on the full-court press for a signature.

But the 6-foot-2 point guard is good at handling pressure, which is one of the reasons why everyone from Kentucky to Arizona to Gonzaga is still interested, despite most recruiting decisions having been made.

Williams is one of the last true gems that have yet to decide. He’s the jewel of the April signing period, which not all that long ago shined all by itself.

• We wrote about this in-depth before, so we’re not going to delve into Washington’s apparel deal with much enthusiasm today. The Huskies are leaving Nike and hooking up with Adidas. The payoff? Almost $12 million a year in product and cash.

That’s huge, one of the largest apparel deals in the country. And widens the financial gap between the state’s two Pac-12 universities’ athletic departments.

It’s a gap that Patrick Chun was hired to narrow. But Tuesday’s announcement from UW makes the new athletic director’s job that much harder.

It’s like trying to build a bridge over Hell’s Canyon. With only a saw, a hammer and lot of sweat.

WSU: The Cougars practiced that football thing again yesterday, with Theo Lawson in attendance. Theo focused on the play of wide receiver Easop Winston, who not only talked with him after the workout but is also the subject of Theo’s story. … Theo has video of interviews with Mike Leach, Eric Mele and linebacker Dillon Sherman. … Yes, there are golf tournaments going on. … Elsewhere in the Pac-12, the Washington deal with Adidas adds another level to the Huskies’ rivalry with Oregon. … There is spring football news from USC, which is concentrating on its quarterbacks, to UCLA, which is trying to build an offensive line, to Utah, which feels it’s improving. … Oh, and Oregon, Arizona and Arizona State. … There is basketball news from Arizona, UCLA and USC (all about who is coming in with the recruiting classes) and from Oregon State and Washington. … The Pac-12 Networks hasn’t been a slam dunk for the conference. And it might be getting worse.

Gonzaga: The Zags opened a two-game nonconference baseball series last night in Seattle by losing 5-3 to Washington. … Larry Weir and I spoke yesterday for his Press Box pod, and I shared my thoughts on Rui Hachimura and Killian Tillie.

Idaho: The Vandals are contemplating some budget cuts – and sports cuts – if the state doesn’t approve a change in how it calculates athletic department costs.

Preps: There is a lot of prep sports news, with Jim Allen looking ahead to a soccer showdown between North Central and Gonzaga Prep and Jim Meehan looking at Davenport’s best golfer, Kaysa Panke. … There are also roundups from Tuesday, with baseball, soccer and softball games to pass along.

Mariners: Felix Hernandez bounced back, so did the Mariner offense and Seattle won 8-3 last night in Kansas City. The teams play an early game today and the M’s head home afterward. … The M’s are doing OK considering the injuries.

Seahawks: It’s John Schneider’s job to try to improve the Hawks. … You have questions? There are answers. … Thursdays might be duller in the fall.

• What’s on your agenda today? Mine was completely free today until a few minutes ago. Now I’m not so sure. Why do I ever answer my phone? Until later …