A GRIP ON SPORTS • There is one thing at which the NFL is great. There is no professional sports league in the country (and maybe the world) that does a better job of staying in the spotlight all year. Read on.

• The NFL season ended weeks ago. You know, with New England’s win in the Super Bowl. What? Oh yeah, I know Philadelphia won. Darn autocorrect. Computers just want to default to the norm.

Anyway, even though the games are over, our thirst for NFL news isn’t. And never seems to stop.

Like the swallows to Capistrano certain events happen at the same time every offseason.

There is the coaching carousel. Then free agency. The combine. Free agent signings. League meetings. Pete Carroll telling everyone how good the Seahawks offensive line is going to be.

Now, this week, we had the release of next year’s schedule. Oh, we already knew which teams everyone was playing. That “news” is available as soon as the regular season ends. But yesterday the dates and times were released. 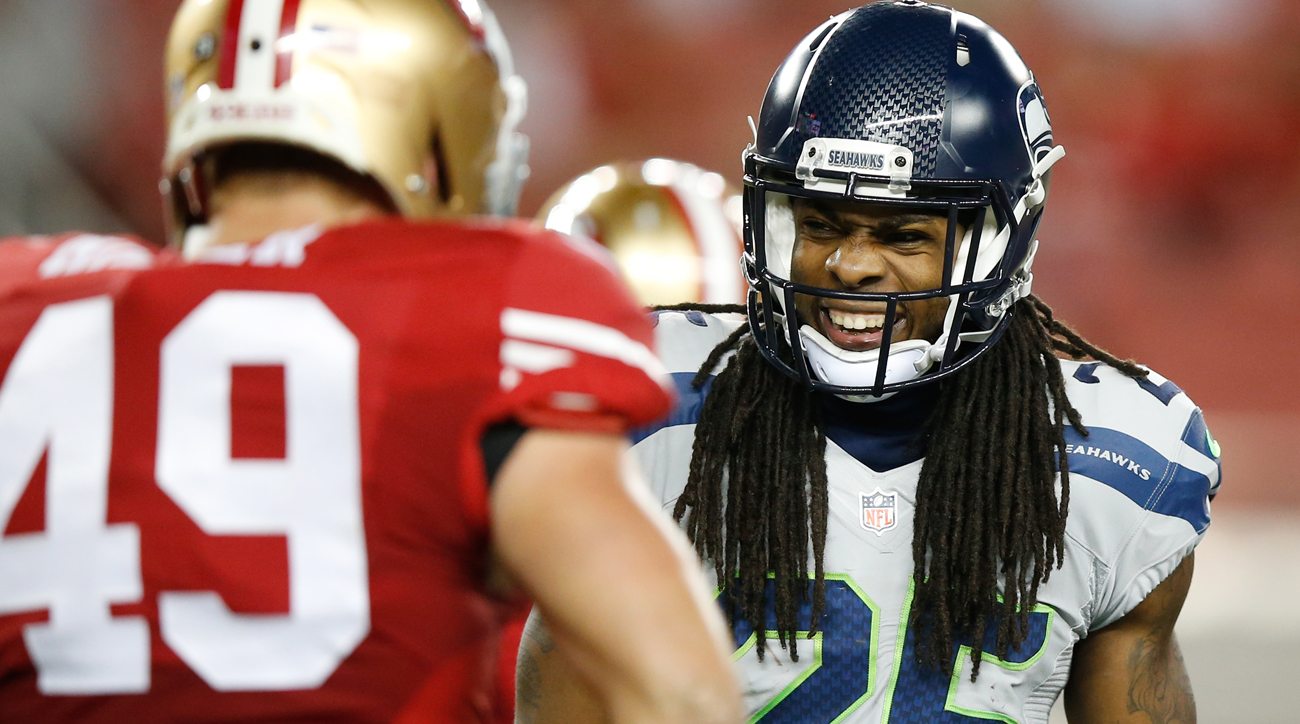 You can’t plan to boo Richard Sherman in his return to Seattle unless you know exactly when he’s returning, can you?

The best part of the schedule release isn’t the actual release. No, it’s folks trying to interpret leaks, planned or otherwise, and making guesses when certain games will be played. It’s as if a website telling everyone three hours early who the Hawks will open with will make or break the very existence of the human race.

But just having such a race shows how incredibly powerful the NFL has become. It’s April and hundreds of outlets across the nation are fighting – probably literally in some spots – to be first with the Packers’ Week 12 game. (It’s at Minnesota on NBC, if you must know, the Sunday night game.)

It doesn’t matter to us personally. After all, who cares in late April … wait, the Hawks have three 10 a.m. starts? That’s malarkey. And they open on the road for the first two weeks? And five of their first seven are away from the Clink? Who in the league office hates them?

At least they have the maximum five prime time games. Didn’t anyone tell the schedule makers Sherman and Michael Bennett and Jimmy Graham are gone?

WSU: Speaking of offseason bonanzas, spring football continued in Pullman, as the Cougars held their last practice before Saturday’s game in Spokane. Theo Lawson was there and has this story on one of Washington State’s new offensive line starters, Mason Miller. … Theo also has video from post-practice interviews with Mike Leach, Jeff Phelps, Tristan Brock, Pono Lolohea and Travell Harris. … Ernie Kent took his staff to the national junior college tournament a few weeks ago and that trip is paying dividends. The Cougars added a JC point guard yesterday. Theo has that story as well. … Elsewhere in the Pac-12, why did Bryce Love return to Stanford? … Oregon’s head coach and one of his assistants have been friends since high school. … UCLA is serious about sports science. … Washington is recruiting well. … As we passed along yesterday, UCLA’s loss is California’s gain. … USC handed out basketball awards.

EWU: It was interim athletic director Lynn Hickey’s turn to lay out her case to the public yesterday. Jim Allen was at the forum where Hickey explained why she should replace Bill Chaves permanently and has this story. The Eagles will decide upon a new athletic director next week.

Idaho: Remember those old movies where the governor calls with a last-minute reprieve? The Idaho Board of Education played the role of the person on the phone yesterday and certain Idaho sports were grateful to receive the call. Peter Harriman was at the meeting where the board granted the university another extension to balance its athletic budget.

Whitworth: The Pirates’ Hugh Smith was named the Northwest Conference’s pitcher of the year.

Chiefs: The NHL draft is coming up in June and several Chiefs should hear their name. Kevin Dudley tells us which ones.

Mariners: If you want to draw conclusions based on a four-game series in April, you are more than welcome. The conclusion being the M’s are not in the Astros’ class, right? But didn’t we know that before the series began? … It’s time. We need to say goodbye to Ichiro once more. This time for good. … The eagle seems to be the M’s spirit animal this year. Or maybe it’s the grasshopper. … Don’t play pickup basketball kids. I mean, old men. Or chew.

Seahawks: Besides the long-awaited release of next season’s schedule (and, yes, that was a bit sarcastic), there is new on another key offseason event: the draft. It starts in less than a week. … Earl Thomas is not expected to hold out.

• A reminder. We won’t be here tomorrow. In fact, we will be in Bellevue. But that’s another story. And there won’t be a column. We’ll be back Sunday morning. Until later …