A GRIP ON SPORTS • Sometimes it only takes one improbable win to propel a team to heights unexpected. And other times that unexpected victory is just a footnote in a season. Which will it be for the Mariners? Read on.

• Two outs. Down two. Top of the ninth. A slumping hitter at the plate. 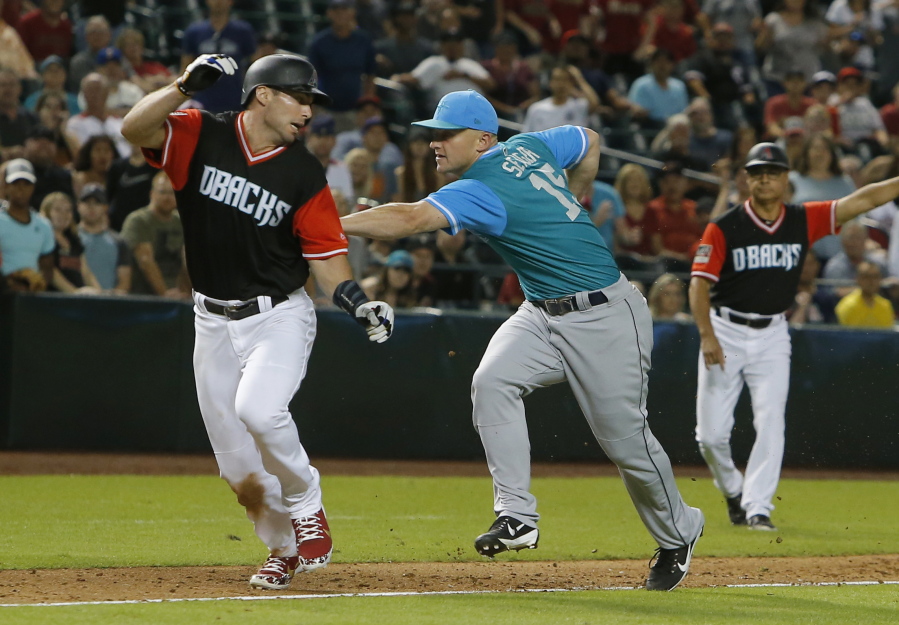 One pitch. One swing. Two runs. Tie game. Kyle Seager, who hasn’t had a big hit since, seemingly, the Fourth of July, drove the ball into the right-field corner and the Mariners still had life.

They took advantage. Denard Span, who did not start, hit a go-ahead solo home run in the tenth. With a broken bat. One that was supposed to be in the clubhouse.

Then Edwin Diaz worked out of a first-and-third, no-out jam to give Seattle a 4-3 victory and allow them to tread water in the wild-card race.

Improbable? Yes. A slingshot to success? Who knows? Only time will tell. But one thing is certain. If the M’s had lost, after leaving the bases loaded twice in the early innings, they would have rued the evening. So many wasted chances. So little time (in the season).

The gap with the A’s is still four games, with the Astros 5.5. There are 32 games left (for Seattle). Each one matters.

• It’s getting to be that time of year. I’m starting to act a little like a dog on a walk with the remote. You know what I mean. Every few seconds my mind wanders and I click to something else. I get involved in the Wyoming/New Mexico State football game last night and SQUIRREL … I’m off to watch the M’s. After about 10 minutes I remember I was watching the football game and headed back. It’s at commercial and SQUIRREL … I find myself stuck on an old episode of Law and Order. Oops, back to baseball and SQUIRREL … Wyoming’s defensive line is in the backfield again.

The walk around the remote went on way too long last night. I finally gave up and went to bed. Did Wyoming win?

• Of course they did. New Mexico State, which was in the same boat as Idaho after last football season – forced to walk the plank by the Sun Belt Conference – but took the independent route, isn’t – understatement alert – one of the better FBS teams.

The Aggies had 135 yards of total offense, 93 of those coming on one drive – a fourth-quarter drive when the game was decided.

And the Cowboys’ offense now that Josh Allen is in the NFL? Nico Evans ran for 206 yards against the overmatched New Mexico State defense, part of 325 Wyoming rushing yards.

The Cowboys will be a great test for Washington State next week, challenging two areas – offensive line and defensive front – that the Cougars need to evaluate heading into Pac-12 play.

WSU: How does a receiver get open? There are many tricks to the trade – years ago I did a story on Ken Margerum, the former Stanford receiver, who went through about a dozen things he did with his hands just to get separation – but one of the key elements is precise route running. That’s Kyle Sweet’s forte. Theo Lawson talked with Sweet about it recently and that resulted in this story. … Theo also has video of post-practice interviews with coach Mike Leach and defensive coordinator Tracy Claeys. … The volleyball team opened its season with a road win. … Elsewhere in the Pac-12, the more depth a team has, the more depth it builds through competition. Washington is doing that these days. … Oregon State will rely on its improving defense. … The offensive line is coming together at Oregon. … Steven Montez hopes to lead a Colorado resurgence. … Utah, which has never won the South, feels it has something to prove. … UCLA is in game mode, though not all its questions were answered at camp. … How will Arizona State do this season? Not even Herm Edwards knows. … Kevin Sumlin is in the same boat with Arizona.

EWU: The Eagles scrimmaged yesterday but it was mostly aimed to build depth. Ryan Collingwood was in Cheney and has coverage of workout, with an emphasis on defensive takeaways. … Around the Big Sky, it seems like a good time for a season preview. We can pass one along concerning Northern Arizona. … How about depth charts? Here’s one from Montana State. … Montana is back recruiting mostly from its home state. … Northern Colorado held a scrimmage yesterday.

Whitworth: The Pirates scrimmaged yesterday in the Pine Bowl and Jesse Tinsley was there. He has this photo report.

Indians: A third consecutive victory, this one 8-5 over Salem-Keizer last night at Avista, kept Spokane within a game of Vancouver with eight to play. Dan Thompson was there and has this game story. … Elsewhere in the Northwest League, Hillsboro defeated Everett again. That’s nine consecutive wins for the Hops. … Tri-City also topped Eugene.

Chiefs: This is the time when players fight to make the roster. It isn’t an easy time for anyone. Kevin Dudley returns with more on training camp. … Around the WHL, Seattle seems to be going all in to win this season.

Sailing: OK, this is not a section we highlight often. Maybe never. Until today. The local briefs feature the Head of the Pend Oreille Regatta. 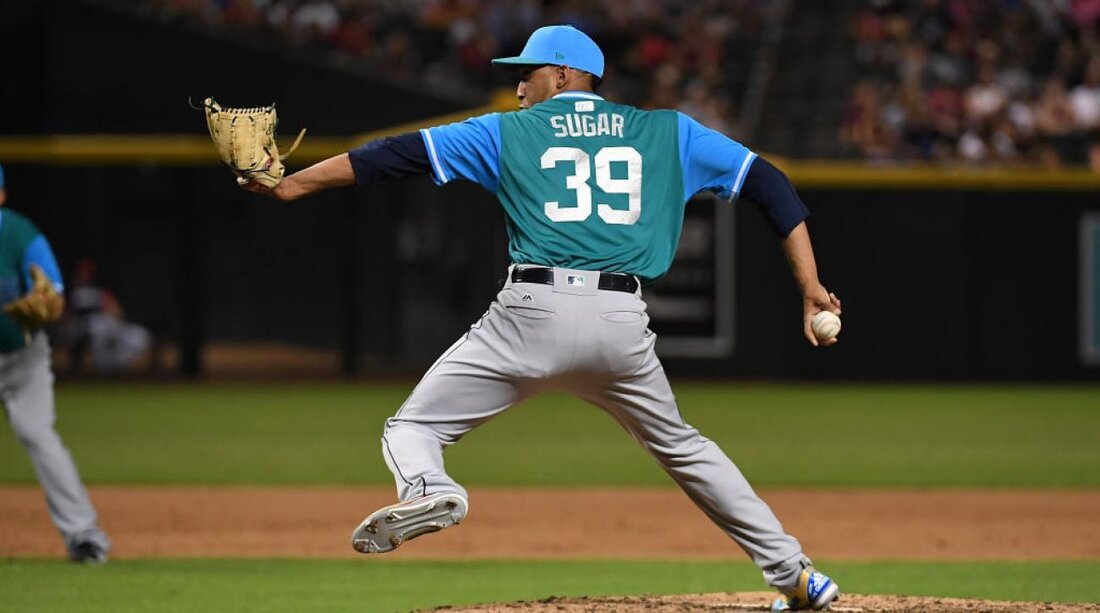 Mariners: Diaz’s save, his 50th, means two things: He’s the youngest ever to get that many and Scott Servais will have a new haircut soon. This is why you never bet kids. … Nelson Cruz started in right field last night. He did not get hurt.

Seahawks: So what did we all learn from Friday night’s loss? The roster makeup, maybe? … Tanner McEvoy will not be on it.

Sounders: The rivalry with Portland doesn’t seem to be what it once was. Maybe Caleb Porter took it with him. The teams play today in Portland.

• Though college football starts next weekend, Labor Day weekend, the NFL waits another week. Which is too bad. My best Labor Day memory goes back to 1984, when the Rams played the Cowboys on Monday Night football. During the second half, Kim went into labor with our first child. But being the trooper she was – and a sports fan – she didn’t let me leave the TV until after the game was over. Then we drove to Sacred Heart. Tyler was born the next morning. If Eric Dickerson had played better that night – the Rams lost 20-13 – our son might have a different first name. Until later …