A GRIP ON SPORTS • Saturday marked the end of a tough week in this area. We are so ready to turn the page. Read on.

• From late Tuesday on, last week was dominated by sorrow and angst.

It doesn’t matter whether you are a Cougar, a Husky, an Eagle, a Vandal or whatever, Tyler Hilinski’s death hit hard.

It was cathartic to view the memorial held in Pullman on Friday night, as the university family came together with the Hilinski family to celebrate his life and say goodbye. But the pain isn’t going to go away.

That’s the way life is. Joy and sadness. Incredible highs, unbelievable lows. Each one a learning experience. Moving forward each day.

• Sports has a way of leveling life’s hills and valleys, giving us something to look forward to when things look bleak. Except this year the NFL isn’t doing that for me. 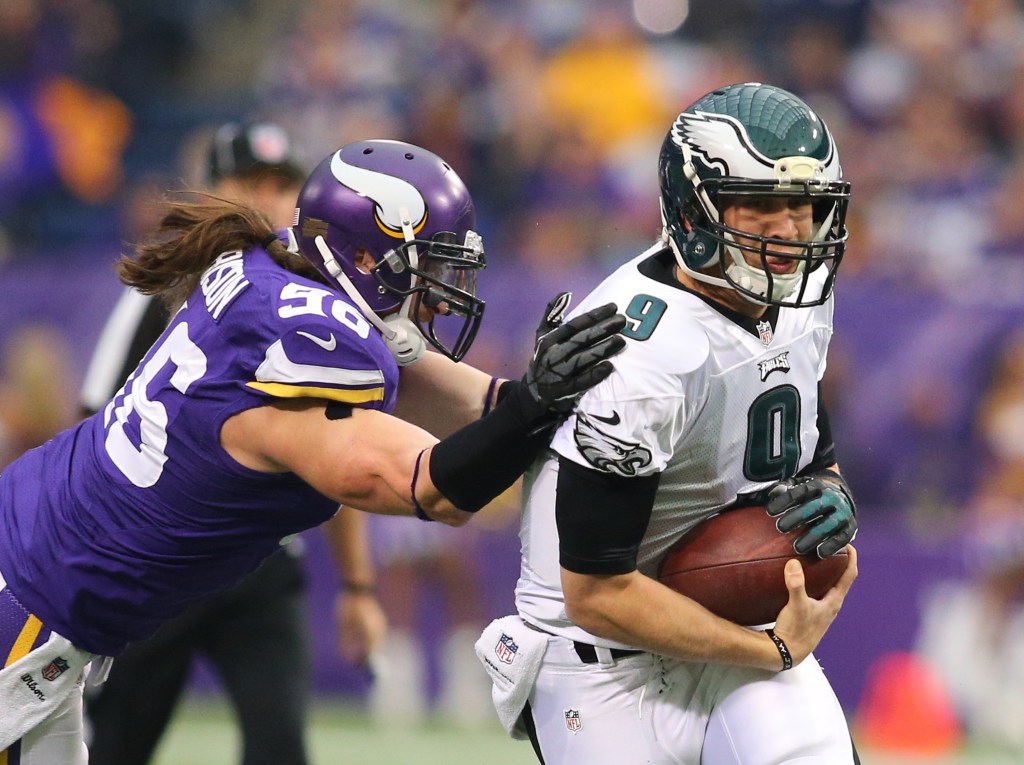 It’s been so long since the Seahawks have been irrelevant during playoff time I’m not sure how to act or feel. Usually there is a Hawk game to prepare for, to look forward to and, the past couple years, to get disgusted by. (You know, I’m still not sure they should have ran the ball from the 1-yard-line; but I am sure they should have scored.)

This year isn’t like that. I’m not rooting for anyone but I am sure in heck rooting against someone. Not Tom Brady. He’s too darn good to root against. But his boss drives me batty. So the Patriots are on my hope-they-don’t-win list.

Of the three other teams I would have to say I would rather see Minnesota win, just because the franchise has a history of failure in the limelight. Not quite Buffalo Bills bad, but close.

Besides, it would be fun to see a home team win the Super Bowl.

• For those of you interested – all three of you – UC Santa Barbara held off UC Irvine in Santa Barbara last night. The final margin was 12 points. As a loyal Anteater alum, I will pass along this one team stat: UCI was 6 of 9 from the free throw line; UCSB was 18 of 26.

WSU: The week’s angst was centered in Pullman of course, and football coach Mike Leach talked about much of it yesterday in a conference call with reporters. Theo Lawson has this story that tells us what he said. … The coaching staff took another hit yesterday, with Jim Mastro leaving for Oregon. Theo has that story as well. The running backs coach is also a key recruiter and was cited by incoming recruit Max Borghi as a reason he picked Washington State over Stanford. So will Borghi ask to be allowed to change his mind? … The coaching churn also means additions, and Theo introduces us to the newest assistant and to the newest recruit. … All of those subjects are covered in the Times while Mastro’s departure is a well-covered subject in Eugene.

Elsewhere in the Pac-12, the showdown for first place at Stanford was a close one, but Arizona figured out a way to pull out a 73-71 victory. … Arizona State struggled but got past struggling California. … Speaking of struggling, UCLA is, and the Bruins lost again, this time at Oregon in a close one. … USC is the opposite of struggling, sweeping the Oregon schools by defeating Oregon State last night. … Washington out-toughed Colorado in Boulder, gaining a split on the road. … Middle-of-the-pack Utah hosts Washington State today.

Gonzaga: It wasn’t as easy as the first go-round, but the Zags handled Santa Clara 75-60 in the Bay Area last night. Jim Meehan was there and has his analysis of how the Bulldogs won as well as the three keys and a story on another dominating game from Rui Hachimura. … The guys in the office put together the highlights. … We added our view from the family room. … The Gonzaga women demolished the Broncos at McCarthey. Jim Allen has the game story and James Snook a photo report. … Around the WCC, Portland has won two consecutive games. … BYU welcomed back an injured player and defeated San Diego for the eighth consecutive time in Provo. … Pacific is playing as well as anyone in the conference and proved that last night, taking Saint Mary’s to the wire in a 72-69 Gael win.

EWU: The Eagles went cold late and lost in Cedar City, 66-62 in overtime to Southern Utah. … The Eastern women moved into a tie for first place with a 58-41 home win over the Thunderbirds. … Former Eastern athletic director Bill Chaves had a Q&A with the Grand Forks newspaper. … Elsewhere in the Big Sky, Montana has a two-game lead over the rest of the conference after its rivalry win in Bozeman over Montana State. … Northern Colorado’s win over North Dakota featured a play worthy of SportsCenter. … Weber State is coming on strong and picked up a big home win over Portland State. … Idaho State is examining all options with a new facility. The Bengals also topped Sacramento State last night. … This is a big reason why Montana made a football coaching change.

Idaho: The Vandals are playing like the preseason conference favorite they were, winning their third consecutive game last night. They held off Northern Arizona in Flagstaff, 84-80.

Whitworth: The Pirates swept their Oregon road trip with a win at Linfield.

Chiefs: Kailer Yamamoto had seen enough. He had seen Spokane surrender a two-goal lead to Tri-City. He had seen the game go to overtime. So he seized the puck, blew through the Americans’ defensemen and scored the game-winning goal. Kevin Dudley has the story of the 5-4 victory.

Preps: Saturdays this time of year include basketball, both girls and boys, and wrestling.

Seahawks: Jim Zorn back in a Seahawk uniform? Yes, please.

• Some of my favorite memories revolve round Sunday morning. Sitting here, typing up sentences filled with gibberish, isn’t among them. But it’s, I have to admit, still fun. It’s why I do it. If that changes, you will be the first to know. Until later …