A GRIP ON SPORTS • No, the corn isn’t as high as an elephant’s eye just yet, but we are one day away from the Fourth of July. Right smack in the middle of baseball season. Read on.

• If we had to give the Mariners a grade for the first half, it couldn’t be anything else except an “A,” right? No curve needed.

The M’s have the fourth-best record in baseball. They are just a half-game out of first in the American League West. They are solidly ensconced in the A.L.’s second wild-card spot. July, August and September looks as if it will be fun, more fun than any season, maybe, since 2001. 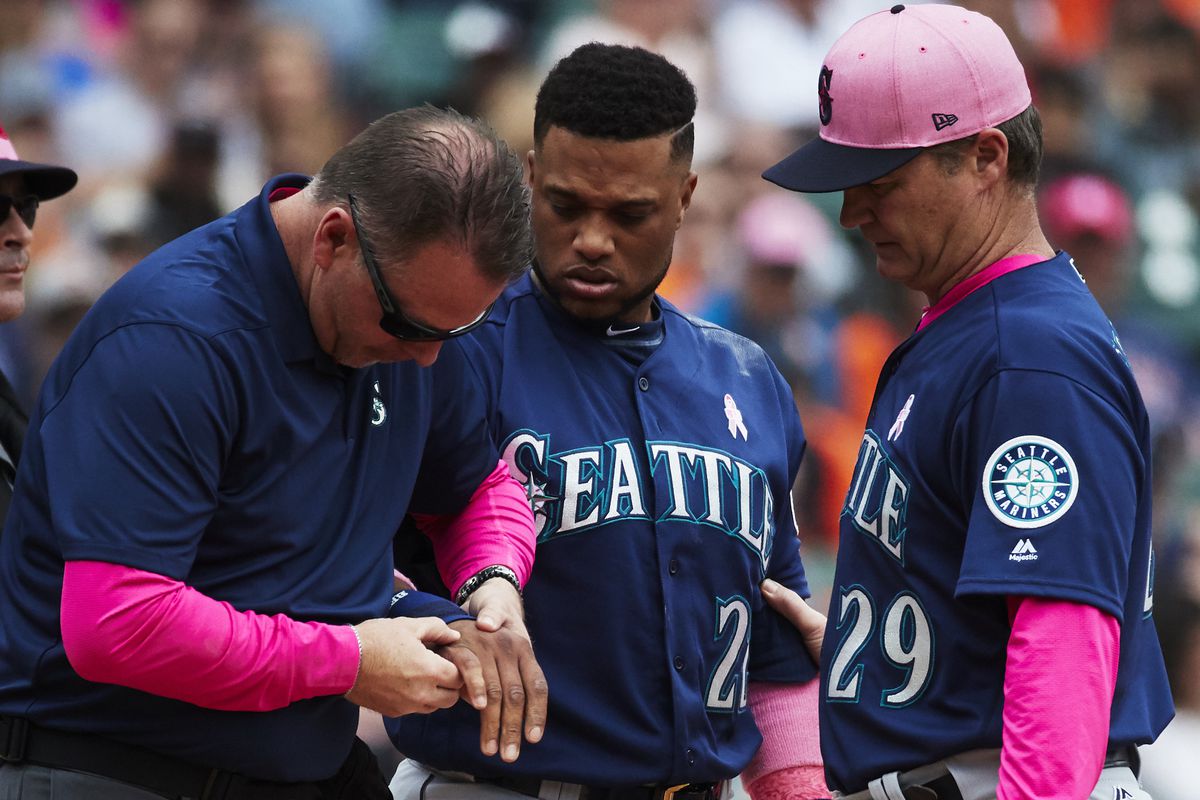 And to think, the Mariners have won 54 games with little in the way of contribution from their highest paid player, Robinson Cano. Man, his broken hand is taking a long time to heal.

Just kidding. But if you pretend it’s a physical injury keeping him out instead of a mental mistake, it makes it easier to take. And helps explain why the M’s have rallied since Cano sat down for half the season.

It’s funny. Not only did the Mariners need to fill Cano’s void at second base, but also his leadership void as well. And Dee Gordon turned out to be able to do both.

Gordon is a better second baseman, there is no arguing that. He gets to balls Cano just waived at the past few years. His presence has helped the pitching staff get out of more than one jam. But his greatest gift might just be at the top of the dugout steps. If you notice, he’s taken over Cano’s role of being the first to greet anyone who has just done something special offensively.

OK, it may be because they are winning, baseball’s equivalent of the chicken-egg theory. But it doesn’t seem like it. An outsider sees Gordon’s presence as the catalyst, the key to a new attitude. He brings a fun approach that has expanded as the win totals have risen.

Which means in a month or so the Mariner brass will have a choice to make. But we will worry about that then. Right now, on the cusp of the 242nd anniversary of independence, let’s just celebrate the liberty a winning baseball team has given the area. You know, the liberty to be happy, to smile when watching the M’s play.

Gonzaga: Summer means international basketball for many, including the Zags’ Rui Hachimura. The junior-to-be helped Japan advance in World Cup qualifying with a win over Chines Taipei. Jim Meehan has more in this story. … Australia and the Philippines engaged in a brutal brawl the other night, with a former Saint Mary’s player, Daniel Kickert, right in the middle.

WSU: Around the Pac-12, the line of scrimmage will be crucial for the Cougars on both sides of the ball. … Oregon State’s Pat Casey was named the coach of the year after the Beavers’ championship season. …. Arizona football has a new look.

Auto racing: There will be racing in Airway Heights tomorrow night. Terry Vent has more in this piece.

Mariners: The M’s were off yesterday but that doesn’t mean there isn’t news to share. They participated in the new international signing period by reaching a deal with a highly rated shortstop. And they may an MVP sitting in their bullpen.

Seahawks: Though Kam Chancellor will not play football again, he’ll still be on the Hawks’ roster for a while. … The team has to figure out its secondary situation.

• There is that endless social media debate about whether or not hot dogs are a sandwich. (Meat “sandwiched” between bread. The answer is yes.) But I would love to change the subject a bit. Why don’t we call hot dogs “American sausage?” There is German sausage, Italian sausage, Polish sausage and so forth, each defined by where they originally came from. Hot dogs were invented in America, so they should be called American sausage. Especially on the Fourth of July. It seems simple. Until later …