A GRIP ON SPORTS • Are you ready to celebrate? To shoot off some fireworks? To call your sister, brother, mom or dad and wish them a happy Fourth? Exchange presents? Wait, that last one isn’t a thing, is it? It may be a birthday, but it’s not that type of birthday. Read on.

• This great experiment is 242 years old today. It’s starting to show its age a bit, but that’s OK. We still have a light that shines as a beacon to the rest of the world. And we have baseball.

They go together, don’t they? Baseball and the Fourth of July. A birthday celebration, complete with ice cream.

My favorite treat at a Dodger or Angel game as a kid? A chocolate malt cup. It came with a wooden spoon – an environmentally sound wooden spoon, I might add, though it usually broke before I got to the bottom of the cup, so my right hand was covered with chocolate for the last couple innings – and tasted a bit like heaven. 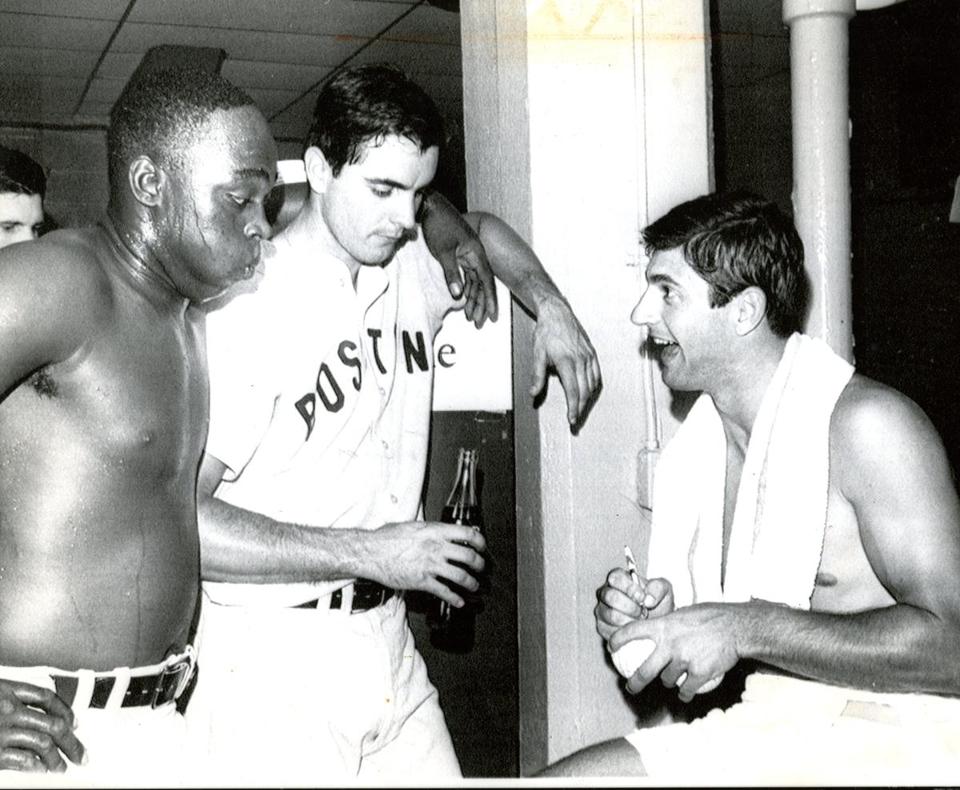 Even better if the Dodgers or Angels were winning. Or one of my heroes hit a home run. (They were rarer then.)

The first Fourth I remember was in 1967 and I remember it solely because the Boston Red Sox, the team I represented in Little League, were in Anaheim that week, playing the Angels.

It was the year of The Impossible Dream, the year the Sox won the American League pennant. The year Carl Yastrzemski would win the Triple Crown, the year Tony Conigliaro would excite every Italian kid in the nation.

And the year I walked through my first major league clubhouse. It happened on July 3 and it was all due to a dentist.

One of the dads associated with our Little League team was a dentist. Dick Williams’ dentist. And Dick Williams, who lived nearby in the offseason, was the manager of the Red Sox.

That connection earned us a pregame tour of the clubhouse, the field, everything. We wore our Red Sox uniforms, we were shepherded around – by Williams – and we got autographs.

Personally, it was a memory I’ll never forget. Including the awful part of it.

After walking through the clubhouse, and watching the trainer massage starting pitcher Lee Stange’s right shoulder, we ended up in the dugout while the Sox were taking batting practice. 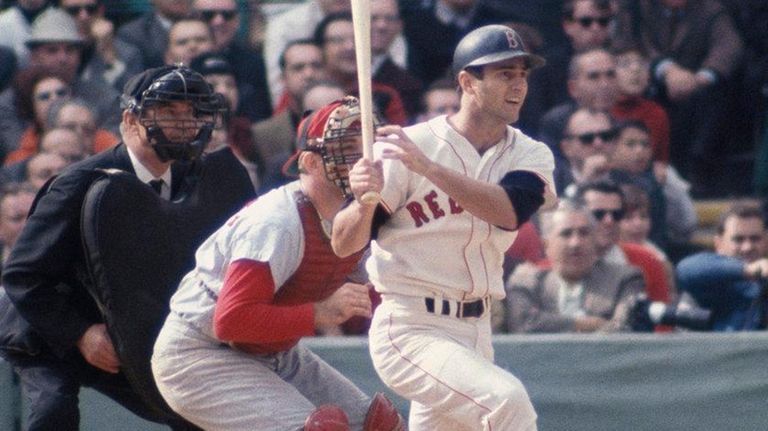 Yaz, who was everyone’s hero that season, was sitting at the far end of the bench, doing a radio interview. We all quietly shuffled down there, autograph books in hand, and waited silently for the interview to end. We wanted Yaz’s signature – and a word or two of encouragement.

But as soon as the interview ended, the best left-handed hitter in baseball grabbed his glove and raced out to the outfield, leaving all of us standing in the dugout. We were crushed.

There was a savior, however. His name was Rico Petrocelli. The shortstop was not in the lineup that day but he was in the dugout. He saved the day, talking with us, signing our book and pretending to be impressed when I pronounced his last name correctly – adding the non-existent “h” near the end.

It was a magical night, made even more magical by a moment in the eighth inning.

My dad and I had a deal. If Conigliaro hit a home run, he would buy me a souvenir. It didn’t happen his first three at-bats. But in the eighth, Conigliaro took one deep to centerfield.

My dad pulled out a $20 and told me to treat my buddies. We raced to the souvenir stand. Closed. So we kept going. Down a level. Two. We found an open stand. I bought a little wooden bat about a foot long.

We used that little bat all summer to play a made-up wiffle-ball game in the backyard, swinging it with one hand and pretending to be Tony Conigliaro or Rico Petrocelli or Joe Foy.

Any Red Sox, it seemed, except Yaz.

Gonzaga: Josh Perkins had surgery on his right shoulder in April. As we enter July, Jim Meehan checked in with him to find out how the recovery is going. It is progressing nicely.

WSU: Around the Pac-12, Jon Wilner looks at the dangers of recruiting outside your local area.

Indians: Spokane has yet to win a road game. The Indians lost again in Hillsboro last night, 4-3. … They are home today and to welcome them back, Dave Nichols has a feature on Curtis Terry, the power in the middle of the lineup. … Around the Northwest League yesterday, there was a rare 1-0 game in Eugene, won by Everett.

Chiefs: Hudson Elynuik will continue his career with a Toronto Maple Leaf affiliate.

Golf: It really isn’t summer around here until the local golf tournaments begin. That’s this week. Jim Meehan has a preview of the Lilac City Invitational, which starts Thursday at the Fairways.

Mariners: If you read my little story above, you know I mentioned the 1967 Red Sox. Do you know why the season was called the Impossible Dream? Yes, it comes from a song in “Man of La Mancha,” but it also refers to the 20 seasons the Sox went without a pennant, the only way back then a team played in the postseason. Sort of like the drought the Mariners have suffered through, right? That drought is ending this year. At least it seems that way. Wade LeBlanc, the M’s version of Sancho Panza, signed a contract extension yesterday and then gave up just one run in another stellar outing. The M’s won, 4-1, over an Angels team that is falling fast. … Robinson Cano’s hand is healed, he is taking batting practice and will return to the Dominican Republic to prepare for his return. … A Mariner pitching prospect had to undergo elbow surgery. … Erasmo Ramirez is ready for any role when he returns.

Seahawks: It will be hard to say goodbye to Kam Chancellor.

Sounders: Seattle needs to win and to win now.

• It was in the low 60s at my house yesterday. It is expected to be in the 80s today. And maybe the 90s tomorrow. When summer hits, it hits fast. By the way, when Jack Hamilton hit Conigliaro in the face with a fastball later that summer of ’67, I cried. If you’ve ever seen the picture of Conigliaro’s face, you would understand. Until later …