Thomas and Holly Suwanmaneedang put their house up for sale May 1. Four days later, they accepted a full-price offer.

Then the clock started ticking for the Spokane Valley couple and their three children. They needed to be out of their house within six weeks. In the ultracompetitive real estate market, they had gone from sellers to shoppers.

“I was scared,” Holly admitted last week. “We can sell our house,” she had told her husband, “but what will we find to replace it?”

Thomas was more confident. He thought the fast-moving market could work in the family’s favor, allowing them to use the equity in their old house to help them afford a larger home. “Let’s see what happens,” he told his wife.

Looking for a Spokane area home? Prices vary by neighborhood

The Suwanmaneedangs and another family – first-time buyers Nathan and Lorie Carr – recently talked to The Spokesman-Review about what it’s like to be house hunting this summer.

The Suwanmaneedangs were able to find a house to buy within their time frame by thinking creatively. They bought a former rental in their neighborhood for about $300,000, and they’re remodeling it to meet their family’s needs.

The Carrs, meanwhile, have a different strategy. They’re looking for a house for $150,000 or less, and they expect it will take time to find something they like in that price range.

The first few houses the couple looked at left them discouraged. One had obvious foundation problems. But the Carrs recently toured a house they could picture themselves in. They didn’t make an offer, because they’re waiting to see if they can qualify for a different mortgage with lower interest rates.

“We trust another house will come along,” Nathan Carr said.

Over the past two years, Spokane’s normally placid real estate market has turned on its head. 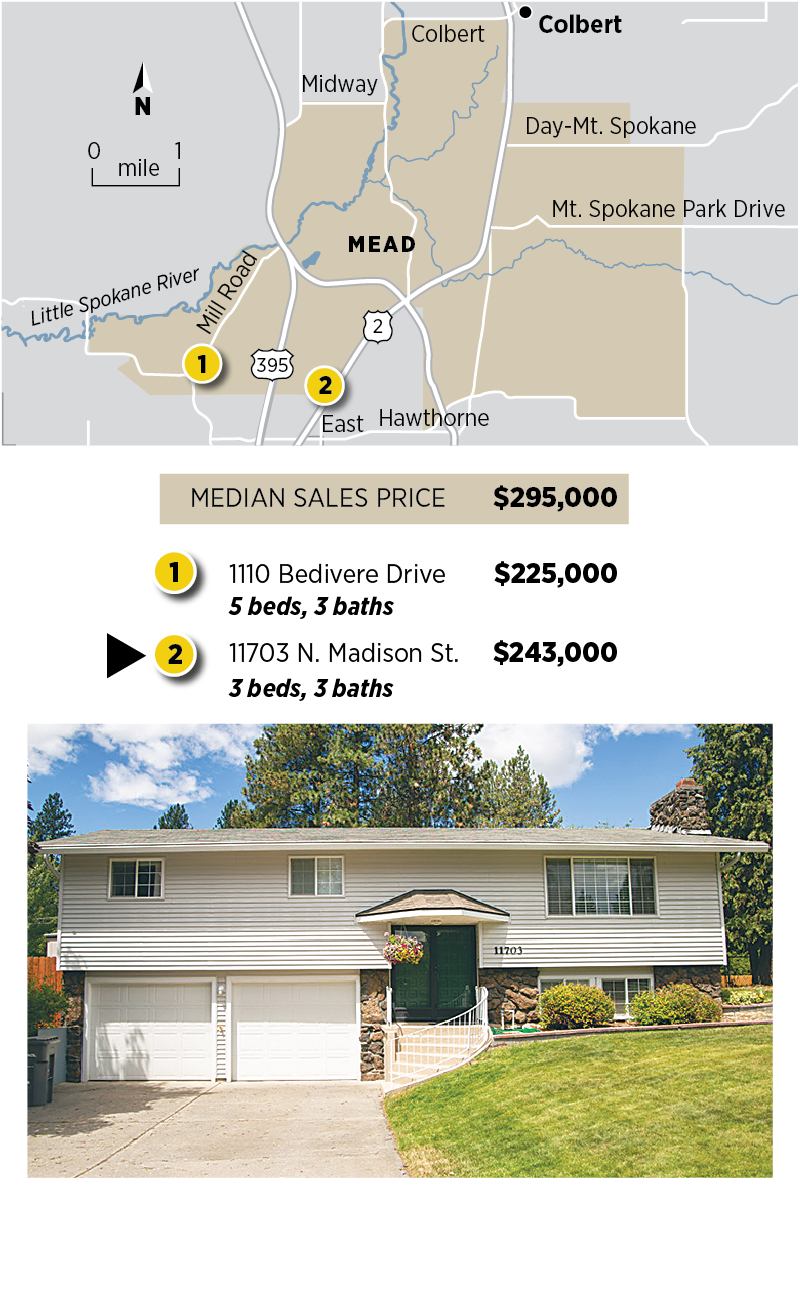 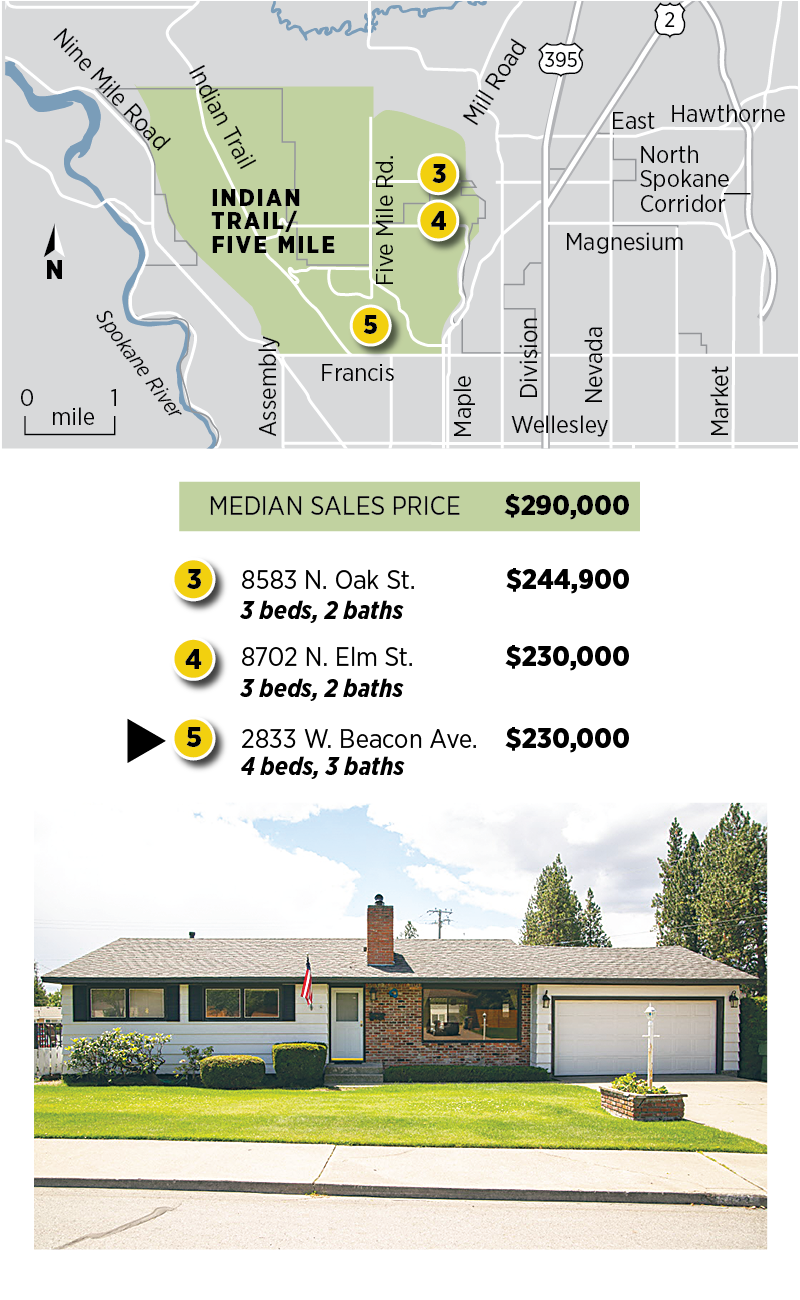 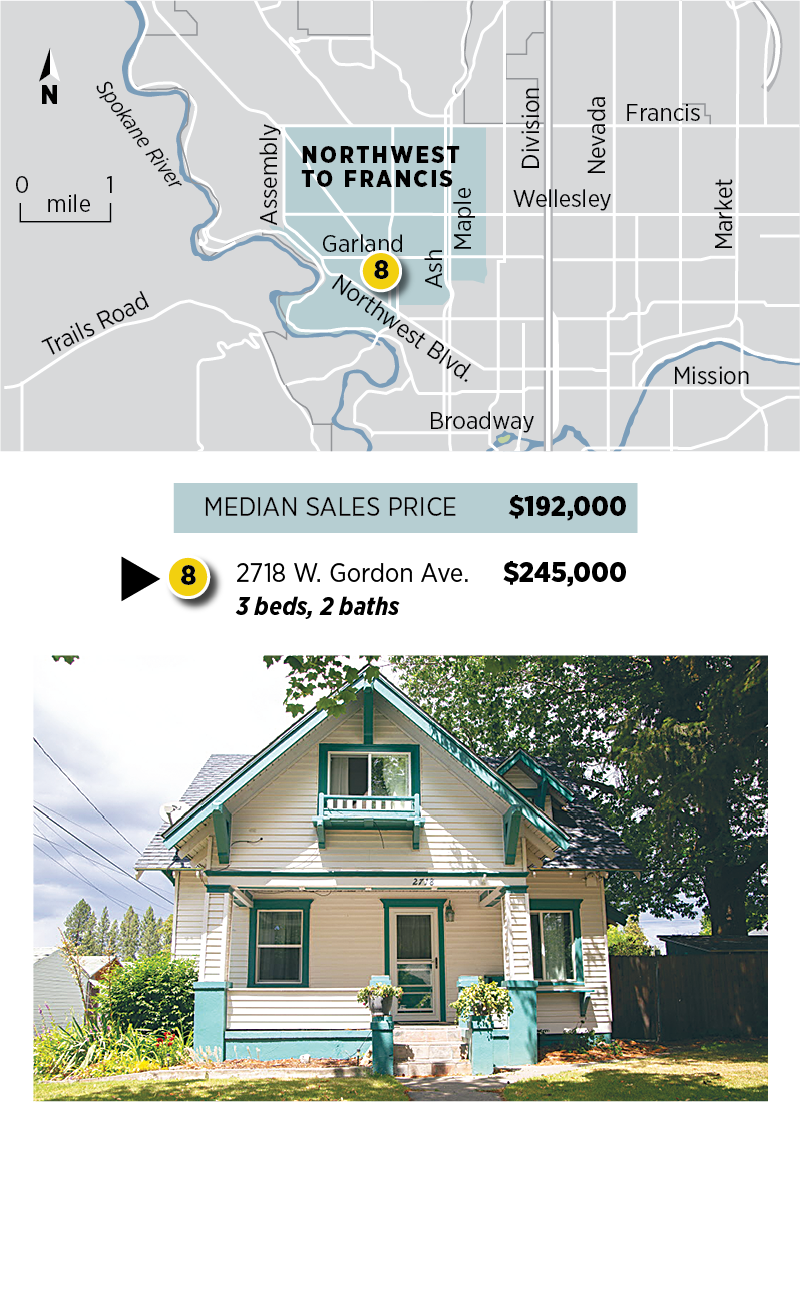 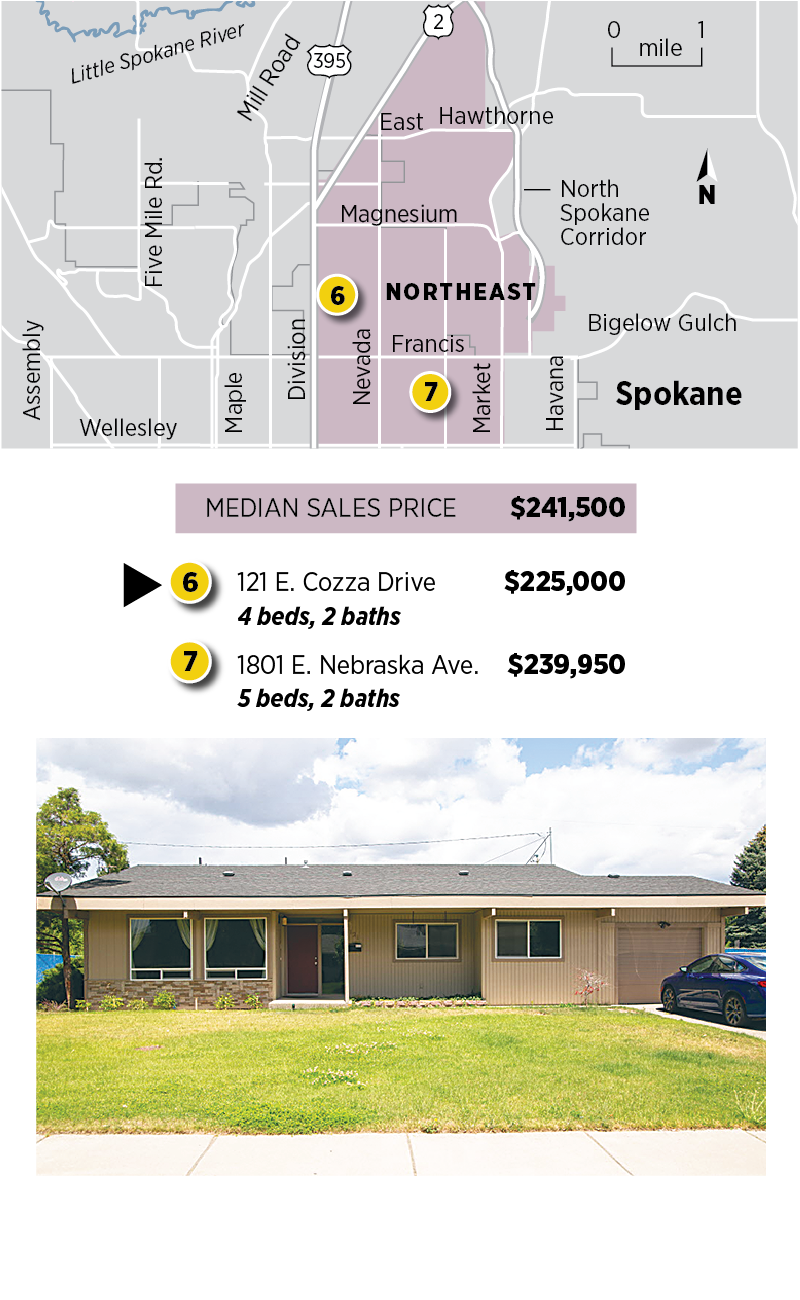 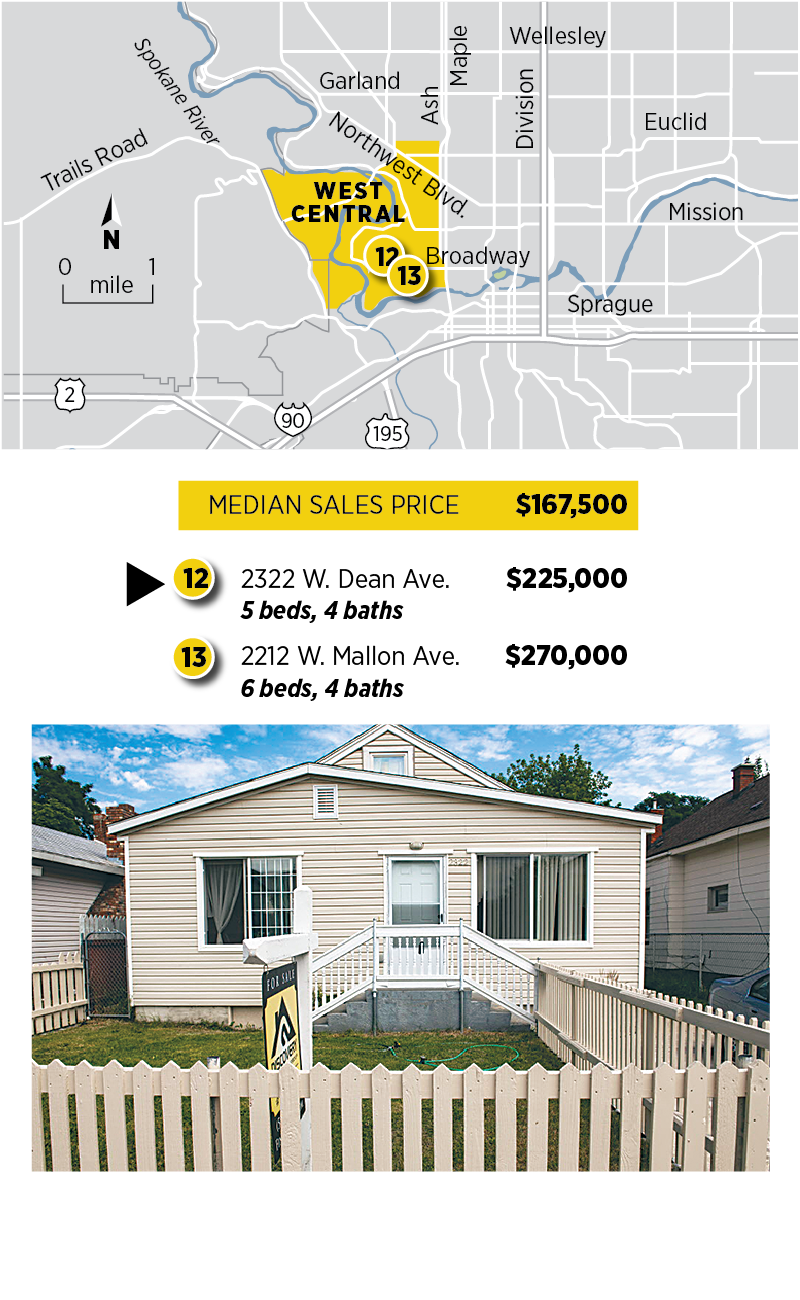 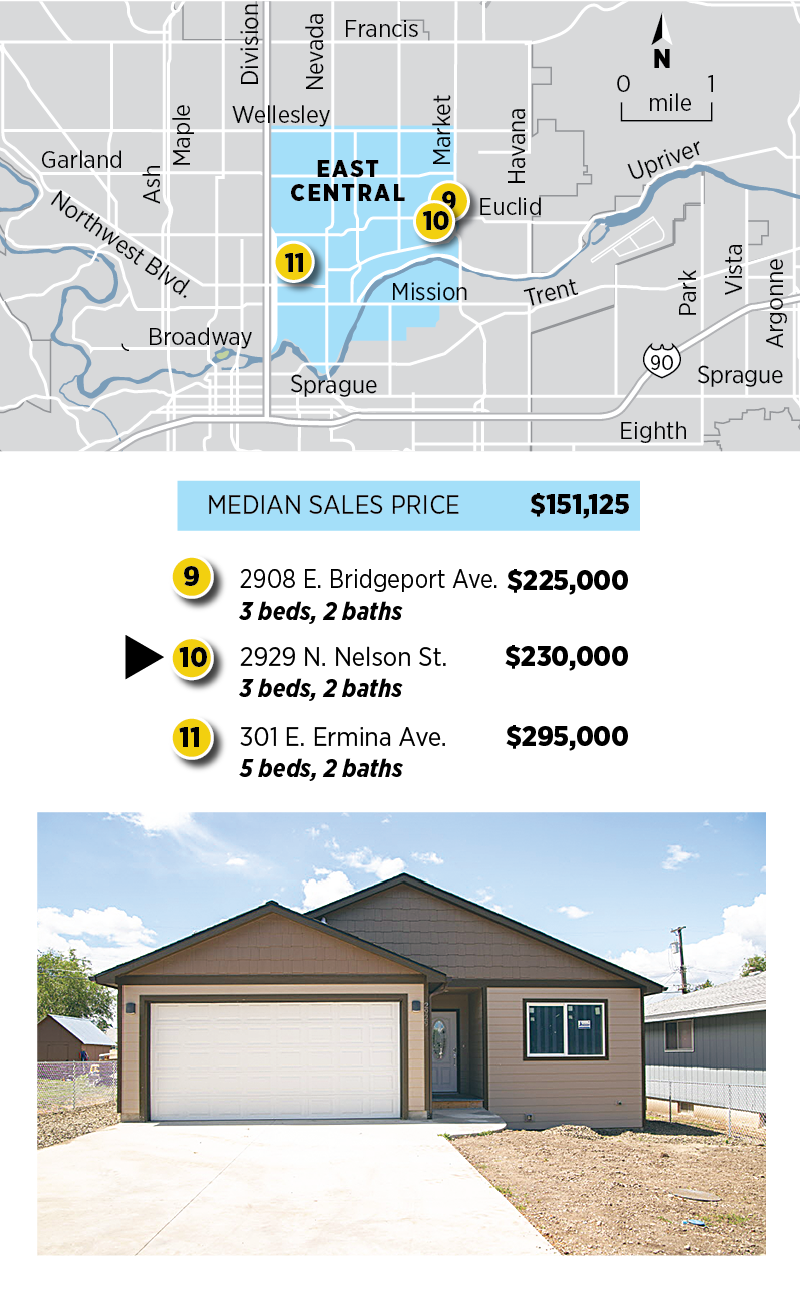 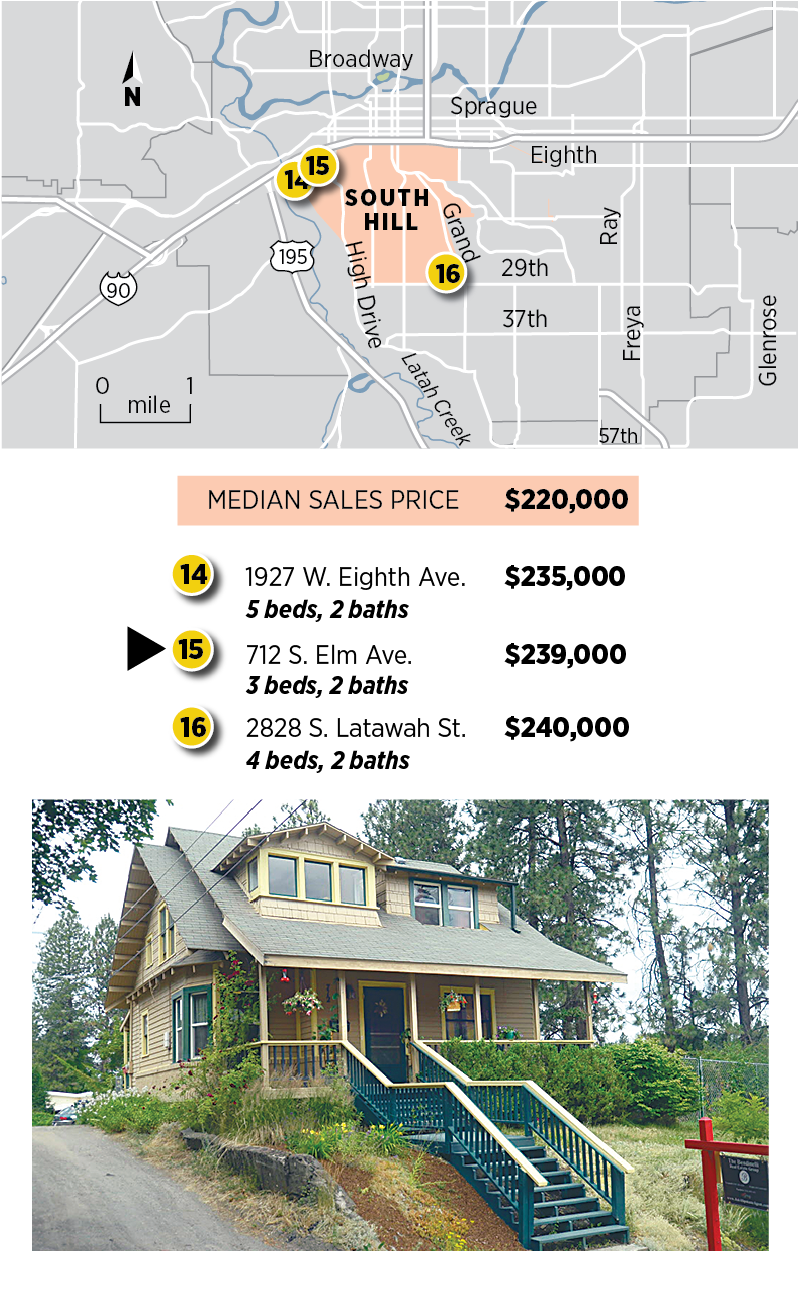 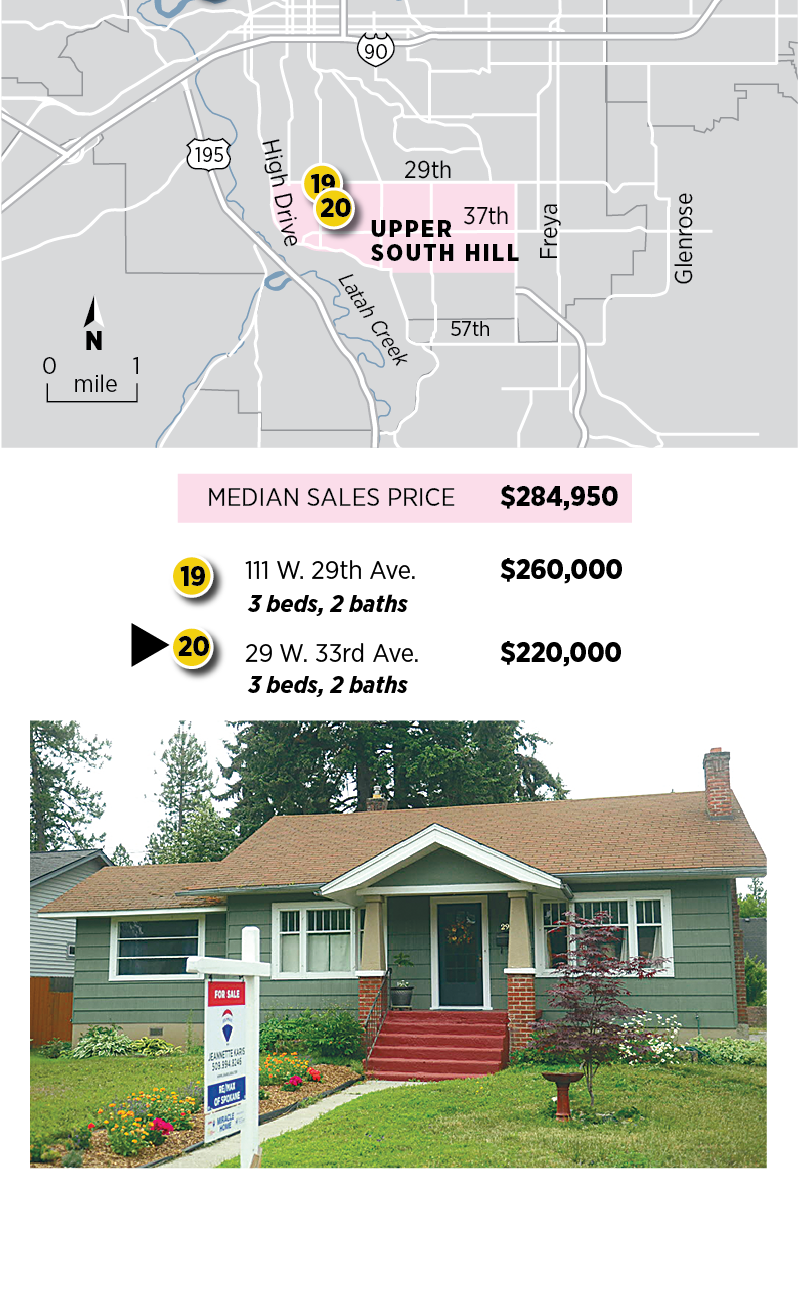 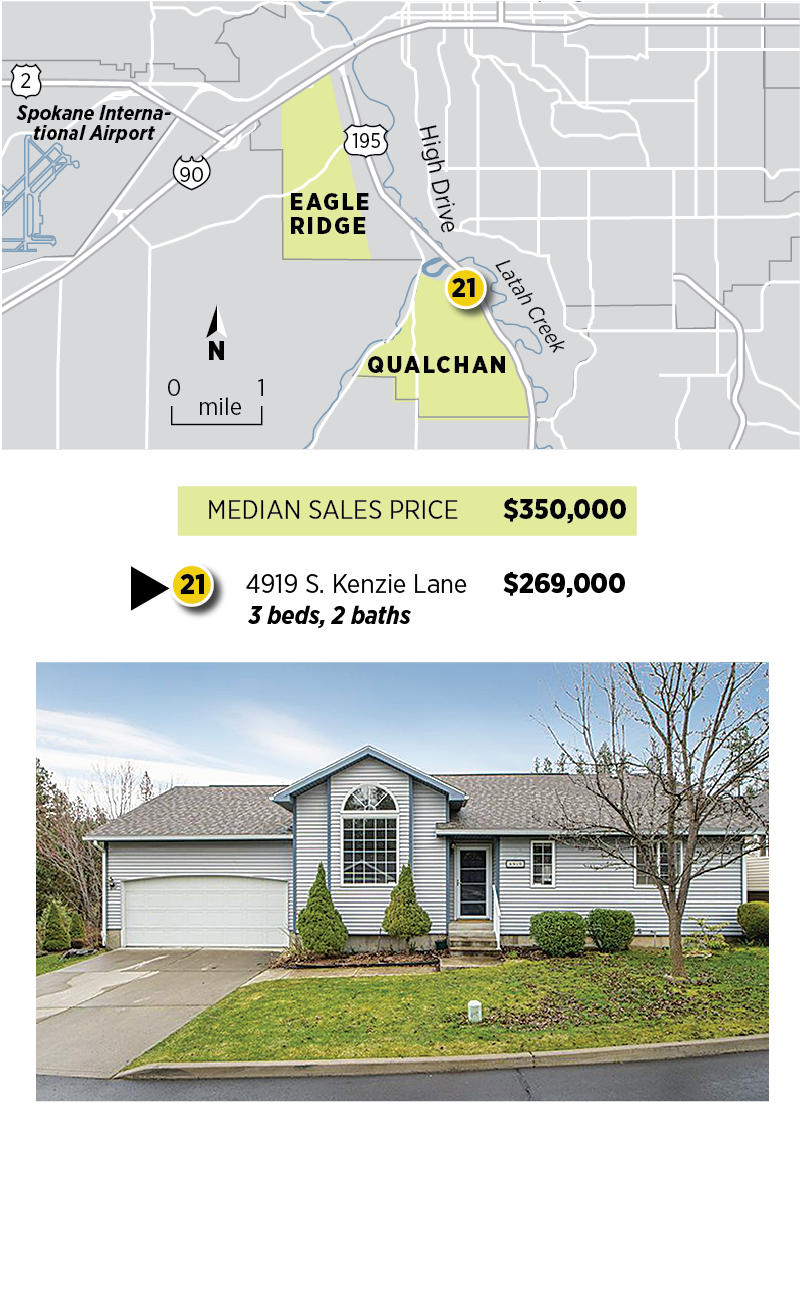 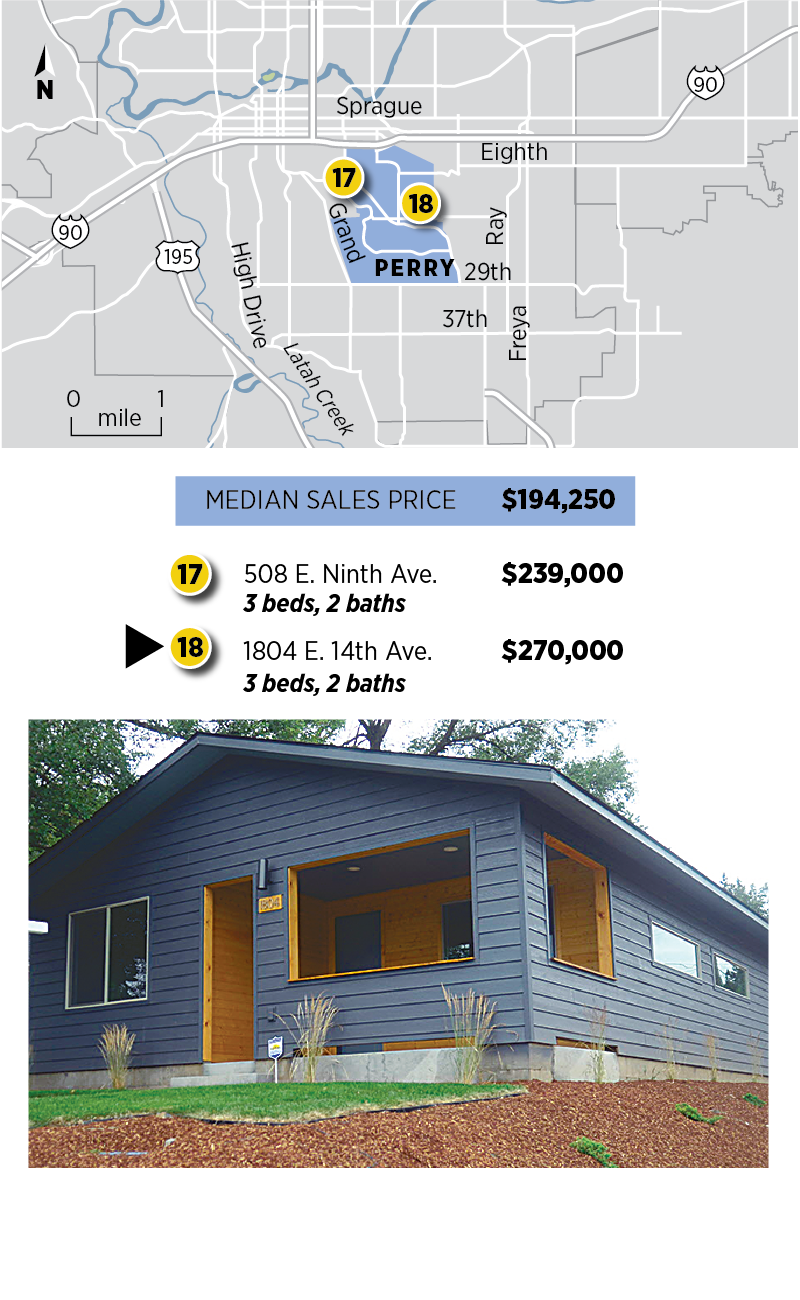 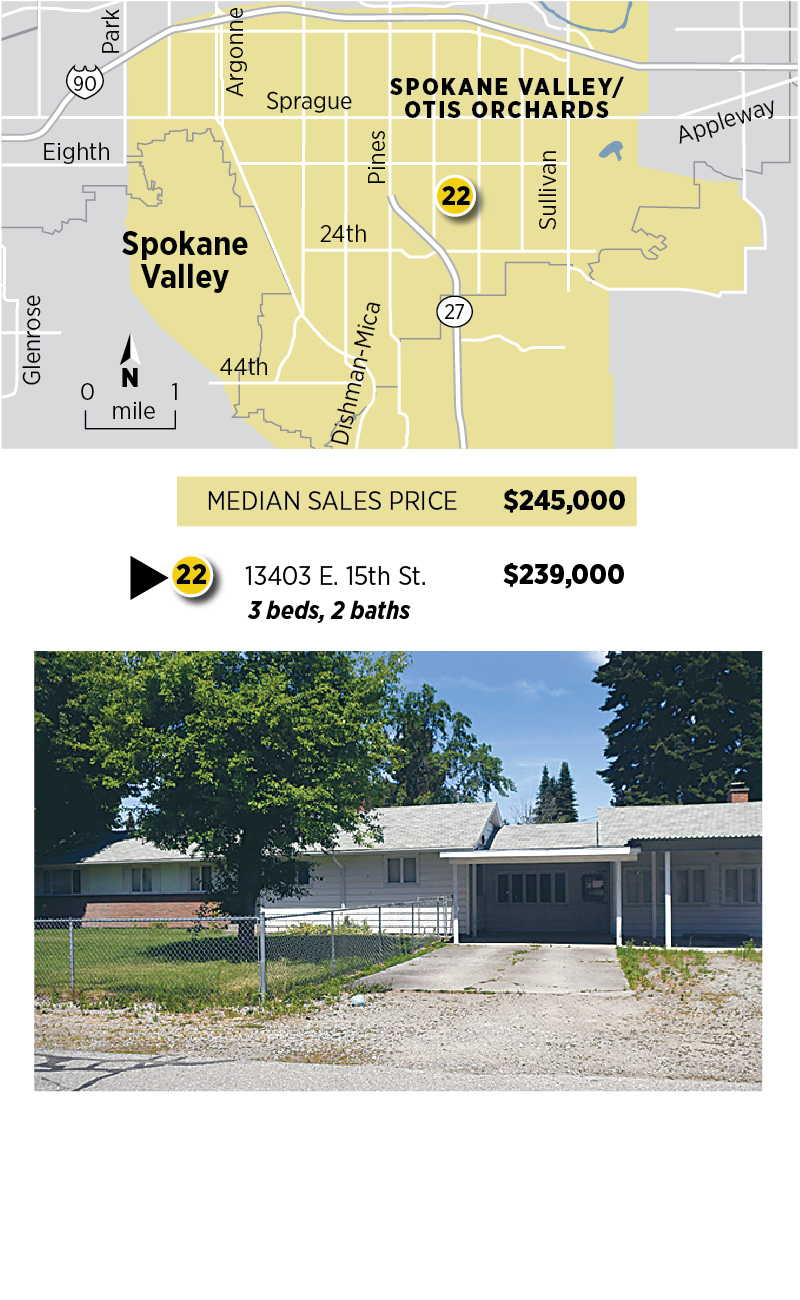 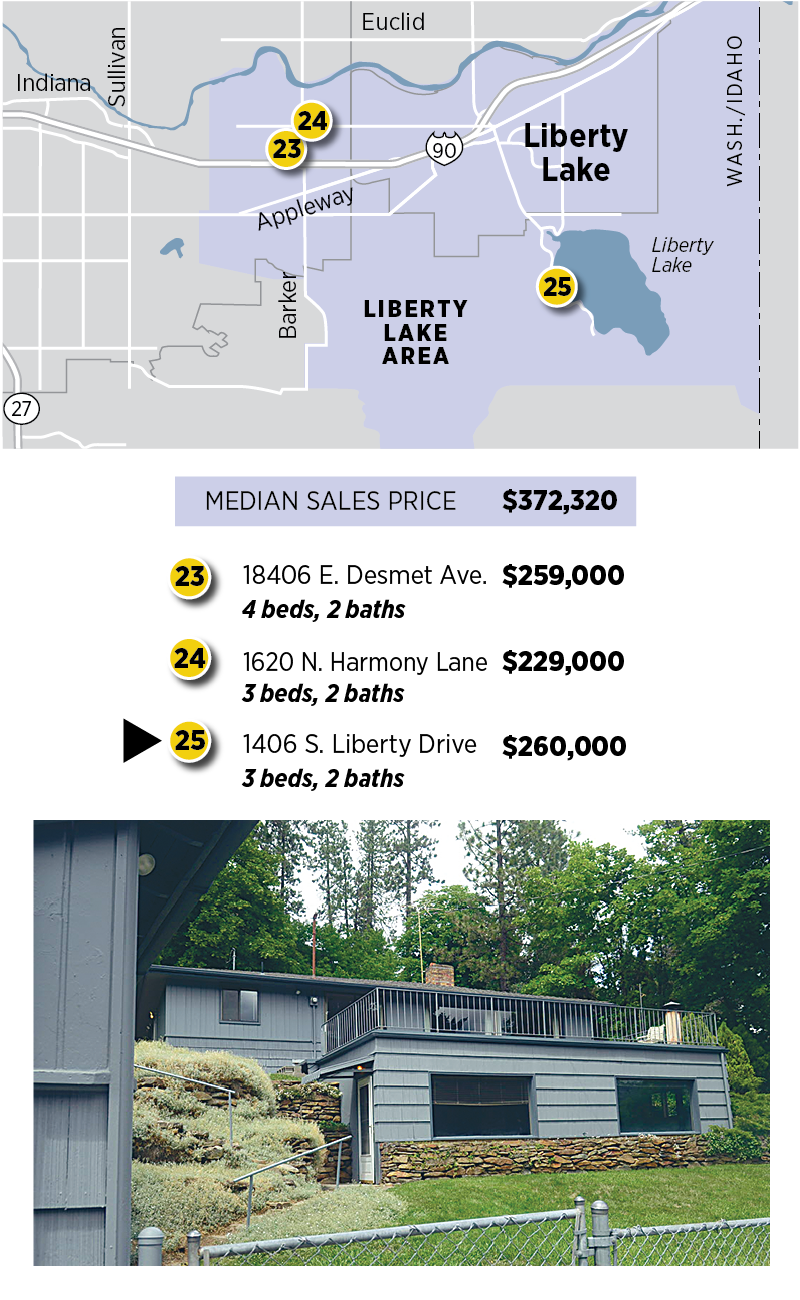 Home construction slowed during the Great Recession, which means inventories of homes for sale are low. With the job market rebounding, people are ready to buy again, but demand exceeds supply.

The tight market exacerbates the situation. It discourages people from putting their homes up for sale, because they’re worried about finding their next home.

As a result, “it’s a heavy sellers market,” said Ken Sax, president of the Spokane Association of Realtors and designated broker at Keller Williams Realty.

Homes priced at $350,000 or less sell rapidly. Buyers often offer more than the asking price. And local buyers can find themselves competing against buyers from higher-priced markets such as Seattle or California who are moving for affordable housing.

“It’s a super-fast moving market. It’s definitely not for one who is timid,” said Thomas Suwanmaneedang, who works in the automotive sales industry. “I don’t think it’s the market to take the safe approach. You have to be able to pounce.”

Thomas and Holly, both Spokane-area natives, built their home a decade ago, in the Valley View neighborhood in southwestern Spokane Valley. They still liked the house, but it was starting to feel too small for the family of five.

The couple’s 14-year-old twins – Jasmine and Jamison – will be freshmen at Ferris High School. Their daughter, Madison, is 8. Thomas and Holly wanted more room for the kids to spread out when their friends come over.

A house with a finished basement or extra bedroom would be ideal, the couple agreed. Staying in the same neighborhood was a priority so the kids wouldn’t have to change schools. Their goal was to buy a house for $320,000 or less.

Thomas had been casually scouting the real estate market. After they accepted the offer from a Seattle couple on their old house, the hunt was on.

Thomas tracked new listings daily. Finding houses that matched their space needs and price range in the Valley View area was challenging. Holly worried her family might end up in an even smaller house.

Then, a listing that had been on the market for 32 days caught Thomas’ eye. He’d initially overlooked the house, because it only had three bedrooms. But there was a large, unfinished daylight basement that could be remodeled. At 3,100 square feet, it was about 30 percent larger than their old house. And it was just a few blocks away.

Holly’s first impression wasn’t favorable. After 12 years as a rental, the house’s interior had a hard-used look. The carpets were stained. A recessed TV alcove in the family room screamed 1990s. The kitchen, bathrooms and woodwork looked dated.

“It was lived in, not loved,” Thomas said.

The Suwanmaneedangs closed on their new house in mid-June, just meeting the deadline for moving out of their old house. Most of their possessions are stacked in the garage while they renovate their new place.

New vinyl plank flooring has replaced the carpets. The kitchen and bathrooms are getting new countertops and tile. In the unfinished basement, two bedrooms and a bathroom have been framed in.

The family is sleeping in a fifth-wheel on the property, on loan from Holly’s dad. They hope to move in within a few weeks, when the major work is completed. Meanwhile, the roomy house with its private backyard is growing on the family.

“Nothing was as satisfying for me as being able to stay in our neighborhood,” Holly said.

Dreaming of a fenced yard,

Four-year-old Gresham Carr giggled while he stacked couch cushions in the living room of his family’s two-bedroom apartment.

Nathan and Lorie Carr also are looking for a house to accommodate growing children.

“We’d love a fenced yard where the boys could run freely,” Lorie said. “We’d like chickens and a garden. And Nathan wants to chop firewood.”

The couple are from the Midwest. They met in Spokane, where both graduated from the former Moody Bible Institute.

After they married, job opportunities took them to the Detroit area, then Lynden, Washington. They moved back to Spokane about 2 1/2 years ago.

Nathan works as a construction inspector. Lorie is home with the boys. They got serious about buying a house when they compared the cost of renting a three-bedroom apartment with mortgage payments.

“Homeownership is an investment, instead of giving someone your money each month,” Nathan said.

They like the Logan neighborhood, which is near their church. But they’re willing to look at other areas, as long as Nathan doesn’t have to drive more than 25 minutes to his job in Spokane Valley.

After looking at four properties with obvious flaws, they toured an older house in good repair. The high ceilings and natural daylight would make it pleasant even in winter, which is important to Lorie.

The Carrs weren’t quite ready to move on the house. “We didn’t want to feel pressured,” Nathan said.

Seeing a house they liked in their price range made the couple optimistic. They can picture themselves as Spokane homeowners now.

“There is stuff like that out there,” Lorie said. “It’s just a waiting game.”