A GRIP ON SPORTS • Another piece of Northwest history passed recently a lot sooner than could be expected. Lonnie Shelton, who put the muscle in the SuperSonics’ 1979 championship team, died at 62. Read on.

• Shelton, who also threw folks around for Ralph Miller at Oregon State, would never be called a superstar. Not in college and certainly not with the Sonics. But he was a crucial piece of their championship season, doing all the things many players don’t want to do. 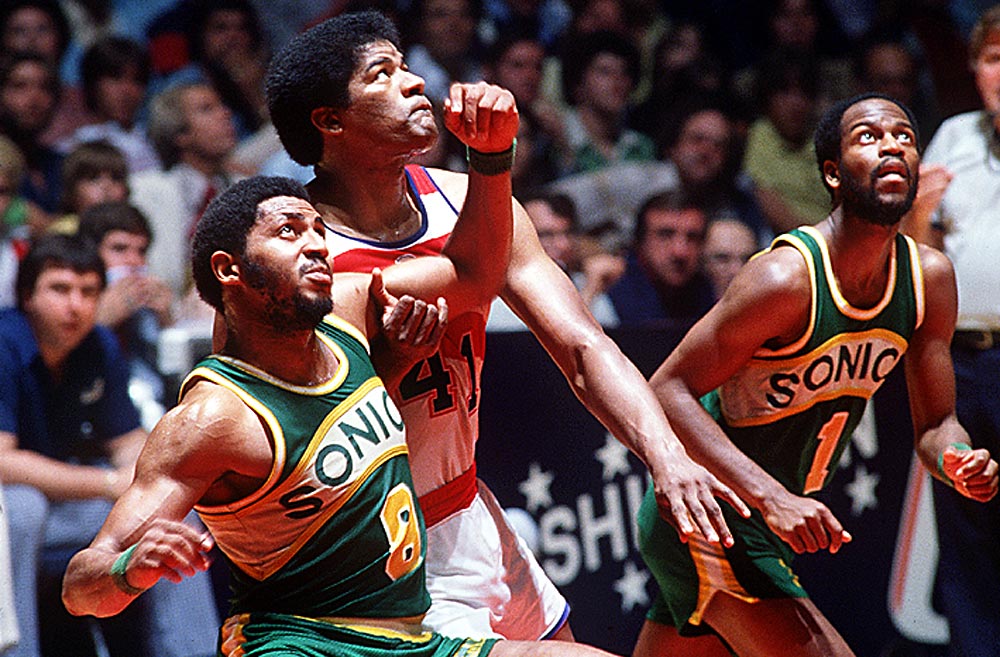 “Just put it this way – nobody wanted to mess with Lonnie. I had my best rebounding years when I was side-by-side with Lonnie and the big key was his man was always boxed out. Lonnie had a body on him and there was a lot of room to go get balls and a lot of is a credit to Lonnie and his ability to dominate his man.”

The Sonics are no longer with us. Now neither is another of their championship players. As time rolls along, more and more of our links with the past disappear.

It’s not just with sports, sure, but sports seem to connect us with our youth as much as anything.

Those of you in your teens or 20s or even 30s probably don’t feel it just yet. The heroes of your youth are still around, albeit appearing only rarely on your radar and usually then sporting a paunch and/or graying hair.

But as the numbers next to your name rise, the people you followed when summer meant no school and free days begin to disappear.

It’s part of the transition from youth to adult and it happens to everyone. Just this year my peers (in age anyway) Dwight Clark, Anne Donovan, Oscar Gamble (who had possibly the best hair of the 1970s) and Shelton have died. Coaches I covered like Chuck Knox and Augie Garrido as well. Keith Jackson and, most unexpected of all, Tyler Hilinski.

Athletics connects you with people you may never meet. They become touchstones for important moments in your life. And when they die, memories from those days come rushing back.

It’s as if a part of your life you thought was gone forever has returned for just a day, soon to be buried again. But just to have it around for a while is special. It’s the last gift the players of your past give you.

And then you say goodbye.

WSU: In the Pac-12 yesterday, Oregon went to Oklahoma to find a softball coach. … Steve Sarkisian’s quest to have USC pay him ended in an arbitration ruling that went the Trojans’ way. … Arizona State is trying to upgrade its future nonconference football schedules. … Colorado coach Tad Boyle expects the Buffs to be back in the NCAA basketball tournament next year. … Arizona State was last year and should be in the future under Bobby Hurley.

Gonzaga: Larry Weir spoke with Tom Hudson, the Zags’ radio voice, about the addition of Geno Crandall to the roster. It is all in the latest Press Box pod. …. Around the WCC, it seems a bit surprising BYU hasn’t been doing this already.

Indians: Even the weather seems to be conspiring against Spokane on the road. Any chance of a comeback in Vancouver was rained out after six innings last night. The Indians lost 3-0. … Elsewhere in the Northwest League, today is an off day for everyone. Last night Everett lost for the fifth consecutive time. … Hillsboro got past Eugene.

Mariners: The M’s were traveling yesterday. So we can pass along some answers to questions you may have had. … This team is very much the embodiment of the image Jerry Dipoto and Scott Servais had. … Will they extend Nelson Cruz?

Seahawks: Bobby Wagner isn’t a fan of how the NFL deals with its players. … There are also answers available on the Hawks.

• All I really remember of Shelton was how physical he played. He was a guy no one wanted to mess with. Every basketball team needs one of those guys. Until later …