The four dams on the Lower Snake River are in no danger of going away. At least not at the hands of congressional candidates for Eastern Washington.

Both Republican incumbent Cathy McMorris Rodgers and Democratic challenger Lisa Brown said in interviews this week that they would not support federal legislation calling for removal of the dams.

Dave Saulibio, who lists his party as the “Trump Populist Party,” was less sure, saying he’d like to see a “business case analysis for removing the dams.” Saulibio, an avid angler, also said he’d like to see salmon runs increase.

While both McMorris Rodgers and Brown agreed on dams, they diverged sharply on other issues such as oil and gas exploration, grizzly reintroduction and coal policy. 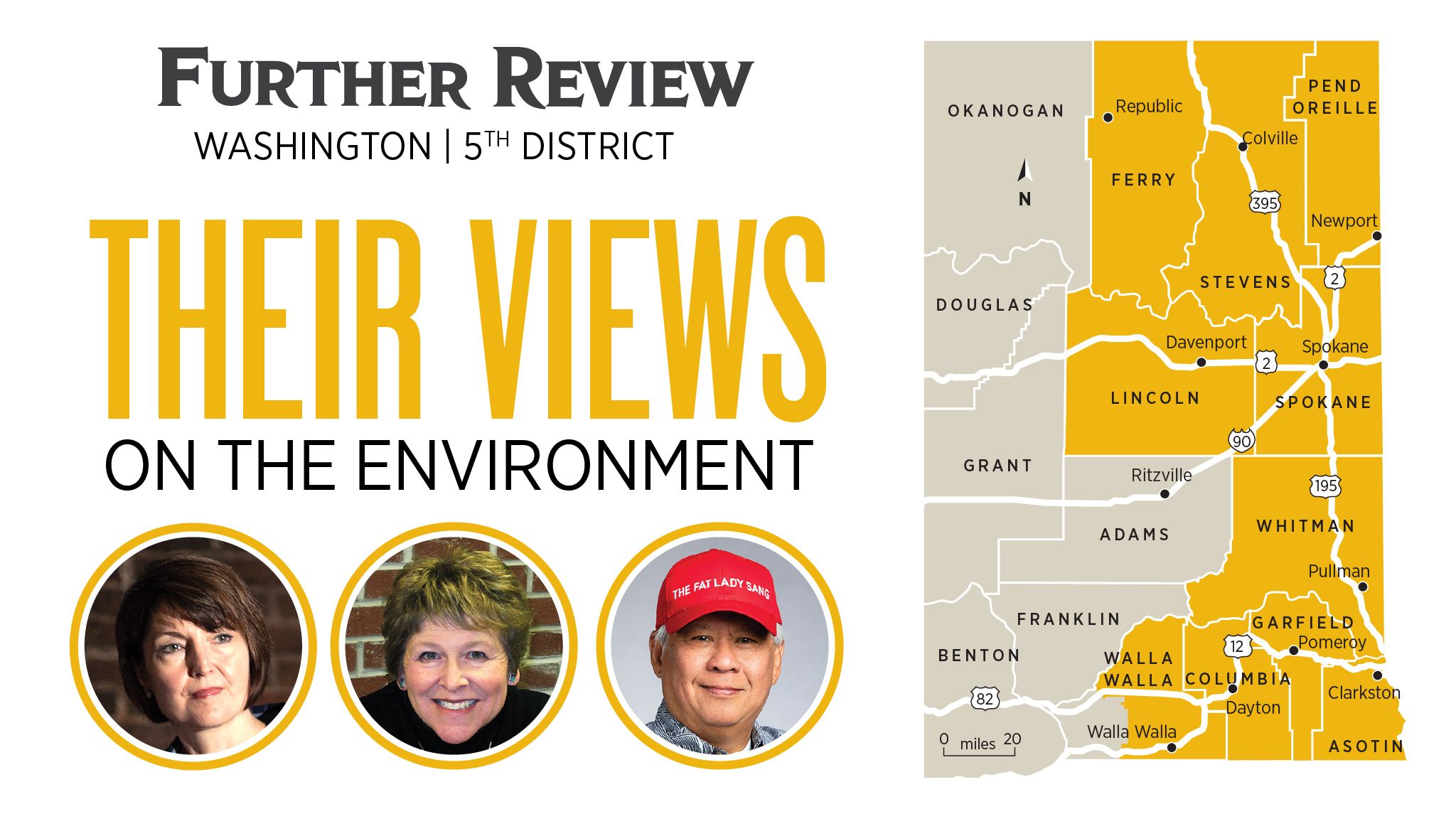 GRAPHIC: 5th District candidates share their views on the environment

And even in instances where they agreed on issues, their reasoning behind their decisions differed, illuminating their approach to governance and environmental issues.

In the case of the four lower Snake River dams, McMorris Rodgers points to the economic benefits of the dams and their importance to agriculture.

“Dams and fish can coexist,” she said. “We must support this system for the benefits that it provides for our region.”

Brown also agrees that dams and fish can coexist. But she’s quicker to turn the question back to local interest groups. Whether that’s power producers, anglers or tribal groups.

She also supports a judge’s decision to increase spills over the dams and believes a U.S. District Court judge’s order that a new environmental review be conducted should stand. The judge’s order would require considering breaching the dams. That new scientific review would replace the current Federal Columbia River Biological Opinion.

McMorris Rodgers has introduced legislation to the House that would keep the opinion in place until 2022.

The candidates diverged on other issues, with McMorris Rodgers supporting offshore oil and gas exploration, even in Washington waters. Although she “doubts that Washington state will have a lease sale during this administration.”

As for the reintroduction of grizzly bears into the North Cascades Brown supports the decadeslong effort while McMorris Rodgers believes “bringing another apex predator to the northwest would put our communities at risk.”

McMorris Rodgers has backed policies of President Donald Trump that shift the nation away from previous plans to fight climate change, including withdrawing the United States from the Paris Accord.

But McMorris Rodgers said she believes human activity is “partially” responsible for global warming. That’s a shift from what she believed in 2012 when she said she thought the science was inconclusive.

However, that change has not stopped her from backing Trump’s financial support of the coal industry.

A significant majority of peer-reviewed studies by climate scientists indicate that global warming is largely the result of human activity.

“We’re already going beyond that fundamental question,” she said. “That really shouldn’t be questioned anymore.”

Instead, she’s examining and worrying about how climate change will impact Eastern Washington and the U.S. in specific ways such as snowpack, crops, drought and wildfire.

McMorris Rodgers believes that the best way the federal government can help combat climate change is by loosening regulations on carbon-free sources of energy. McMorris Rodgers pointed specifically at the permitting process for hydro-electric projects.

“We’re losing out on clean electricity because it takes so long for the permitting process,” she said.

Brown advocated a more direct approach via federal incentives for solar and wind power. Additionally, she said the federal government must continue to fund research into climate change and she decried President Trump’s withdrawal from the Paris Accord.

“The U.S. should be engaging in international agreements in negotiations,” she said. “Not withdrawing and isolating ourselves.”

Saulibio doesn’t believe humans are primarily responsible for climate change, calling the science “inconclusive.” He believes the national debt is a bigger and more urgent problem.

Two other candidates for the seat, Kari Ilonummi, of Arlington, Washington, and Jered Bonneau, did not respond to multiple calls asking for comment.