A GRIP ON SPORTS • It was just three years ago when horse racing aficionados wondered if there would ever be another Triple Crown winner. After all, 37 years had passed since Affirmed won the last one. Then American Pharoah broke the drought. And now there have been two this decade. Read on.

• It’s OK to forget about horse racing again until next May. Most folks do. But before you push the ponies into the back of your mind, take a moment to celebrate Justify. 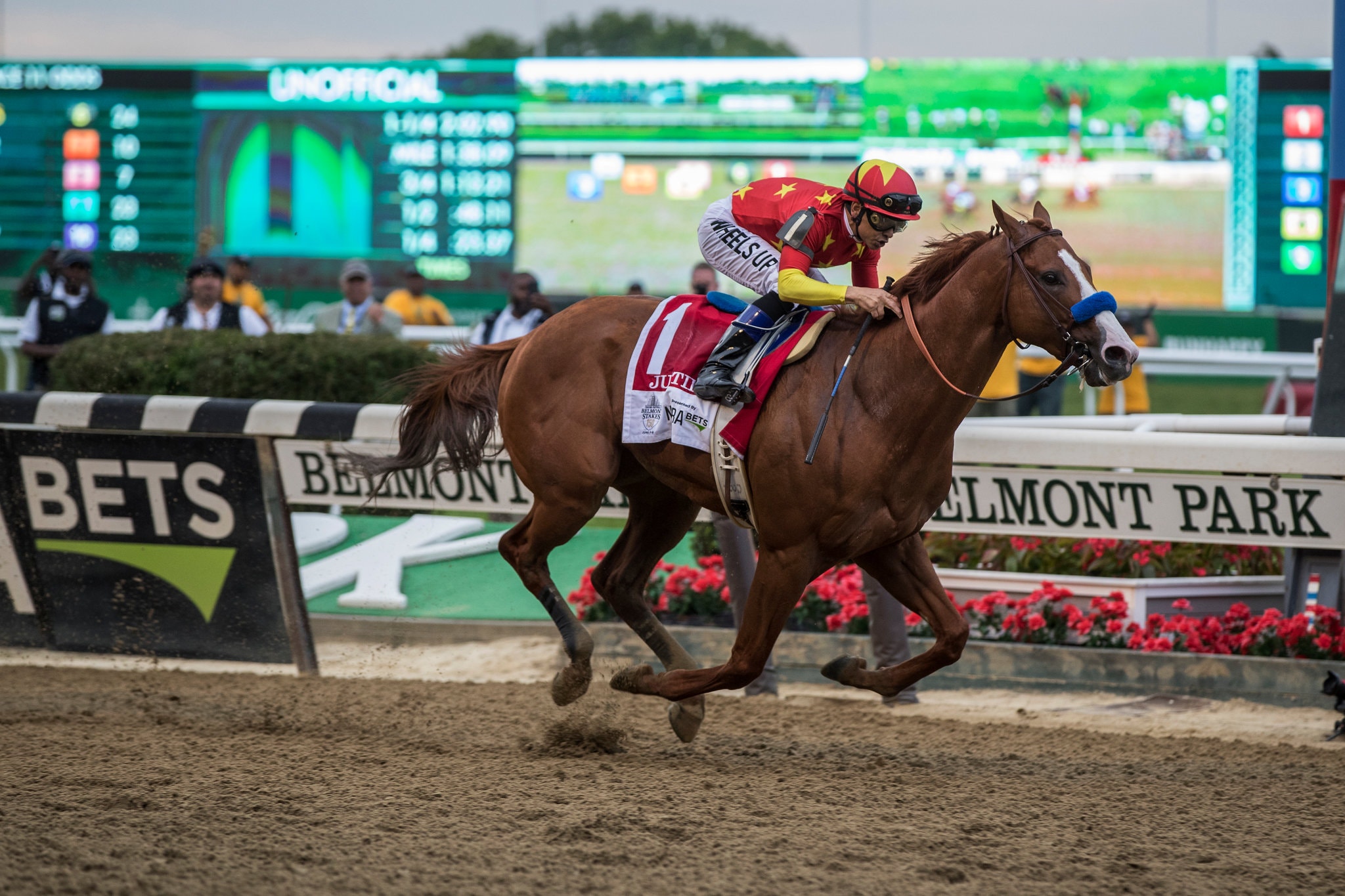 The three-year-old won the last leg of the Triple Crown yesterday, the grueling, 1-½ mile Belmont Stakes, in less than dominating fashion. But won nonetheless. And that’s what matters.

The horse, honestly, is beautiful. A big, red monster who ran impressively in the slop at the Kentucky Derby and the Preakness, then delivered a Triple Crown performance in New York despite starting from the inside post position.

This wasn’t Secretariat’s Belmont (only one has ever been). Nor was it Affirmed holding off Alydar. It was a workmanlike effort by a powerful horse that is the best of what thoroughbreds are these days.

• The best race of the day, however, came in the final event of the NCAA women’s track meet in rainy – of course – Eugene.

USC needed to win the 4x400 relay to win the title. But it didn’t look good, especially when Kendall Ellis trailed by 15 meters entering the stretch. But the USC runner blew past her Oregon counterpart and then edged Purdue’s Jahneya Mitchell to give the Trojans the national title. Watch the video. The final 200 meters are impressive.

• Mariner fans can probably relate to Dave Nichols today. The Spokesman-Review prep writer traveled to Las Vegas this week, hoping to see his beloved Washington Capitals win an NHL title. He got his wish.

Then he wrote about it, which is what folks in his line of work do.

Someday the Mariners will win the World Series. Maybe. When they do, there will be a lot of people in Spokane who feel the way Dave felt this week. If they all write about it, there won’t be any room left on the Internet.

• Speaking of the M’s, my Out of Right Field column this week asks for your thoughts on the team’s chances to make the playoffs. Are you all in now? Or are you still hesitant to believe the Mariners can reach the promised land? Let me know.

WSU: Alissa Brooks-Johnson finished sixth in her final heptathlon as a Cougar. … This ESPN story on Klay Thompson has been around a while and I thought I linked it. But a study of the past couple days showed I missed it. Sorry. … Elsewhere in the Pac-12, Oregon State is headed to Omaha again as the Beavers rallied past Minnesota in Corvallis. I’m rooting for OSU as the Beavers’ top relief pitcher is the grandson of one of my sister’s best friend. I always liked Candy. … Washington lost to Cal State Fullerton 5-2 and will play a deciding third Super Regional game in Southern California today. … The Huskies’ best tight end may miss more time with a bad knee.

Gonzaga: Emma Stach not only will be playing professional basketball in her home country, she will have some money available if she wants to earn a postgraduate degree.

Indians: Our series of “What If” stories continues today with John Blanchette imagining the Spokane Indians remaining a Triple A franchise.

Mariners: Felix Hernandez struggled again, only able to get through three innings in the M’s 7-3 loss at Tampa. … Mike Zunino’s throwing form is so much more consistent. And that consistency is paying off as he’s nailing runners at a higher rate. … You got questions? There are answers.

Sounders: Hey, the Sounders scored. Twice. And they won a match, 2-1. The three points were desperately needed.

• There are a few golf tournaments I look forward to each year. The Masters. The U.S. Open, which will be on TV this week. The British Open. And the Wet Dog Fur Open. (You can ask what the heck why the sports department’s annual golf outing is called that, but I’m not telling.) It’s tomorrow. So I may take the day off to prepare. The extra hour or two of prep time may make all the difference between my team shooting an 82 or 83. But then again, it might not matter. If we’re here tomorrow, we’re here. If not, I’ll see you Tuesday. Until later …