A GRIP ON SPORTS • The Sweet Sixteen begins tonight. Gonzaga has earned its invitation. Again. So it’s appropriate a guy who was nicknamed “Snacks” as a youngster may play an outsized role. Read on.

• The Zags’ Sweet Sixteen opponent in Los Angeles brings with it some NCAA pedigree. After all, Florida State made a Gonzaga-like run to the national title game all the way back in 1972, long before it was part of the ACC tradition.

But the recent iteration of Seminole basketball is pure college blue bloods, a bunch of high-end recruits with athleticism not seen all that often in the West Coast Conference – outside of Gonzaga.

FSU defends with a passion. It brings pressure for 40 minutes. The rim? It’s protected by a trio of shot blockers who rotate off the bench.

To defeat the Seminoles, you have to defend with just as much passion. Gonzaga has been doing that the last month or so. And then you have to execute on the offensive end – for 40 minutes. It has to be a team effort, not just one guy’s responsibility.

Which brings us to Zach Norvell. He’s not GU’s point guard. That’s Josh Perkin’s spot. But if you think anyone, let alone Perkins, can weather a Florida State storm for 40 minutes, you just don’t understand what the Seminoles bring.

Perkins needs help. He needs it from the bigs – Rui Hachimura and Killian Tillie are well equipped for this – and he needs it out front.

Norvell has been that guy the last half of Gonzaga’s season. Not only has he actually played the point by himself at times, he’s been there if Perkins or Silas Melson needed help during a possession.

Most certainly they will tonight.

And “Snacks,” as his friends used to call him (a nickname that Jim Meehan tells us is no longer as applicable), will be there.

It’s a lot of pressure to put on a redshirt freshman and it’s compounded by the fact Norvell is also one of the Zags’ most potent weapons from beyond the arc. The 3-point shot will be crucial if Florida State decides to give help inside, hoping to limit Johnathan Williams’ usual damage.

A collapsing defense means more open looks from 3. If the Zags hit them, it’s a blessing. If not, it could be their fatal curse.

Gonzaga: The game, which will start sometime after 7 tonight, will feature a contrast in styles. That’s a point made by GU assistant Tommy Lloyd in Jim Meehan’s preview story. … Jim also has a story on Lloyd’s dealing with annual job rumors as well as one on a key FSU player. … Last year Zach Collins may have played himself into the NBA draft lottery as the Zags marched to the NCAA finals. John Blanchette looks at three underclassmen who may be doing something similar this season. … Theo Lawson examines the two schools’ recruiting and profiles FSU coach Leonard Hamilton. … Dan Pelle has photos from Gonzaga and Florida State’s practices. … Larry Weir’s latest Press Box pod covers the Zags and other items. … There is coverage of the Zags from Los Angeles and elsewhere, including a story from earlier I missed. … Around the WCC, Saint Mary’s was one win from New York. Heck, the Gaels were one made shot from the NIT semifinals, but lost at home to Utah in overtime. … San Diego also lost at home in the CIT, as Big Sky member Northern Colorado moved into the semifinals.

WSU: Mike Leach took questions from the media via phone yesterday, the day before the Cougars open a crucial spring practice. Crucial because of many reasons, not the least of which is the turnover among assistant coaches, the graduation of record-breaking quarterback Luke Falk and the tragic loss of his backup, Tyler Hilinski. Theo was on the phone call and has this look at the five most important story lines. … There is also a story on the Cougars in the Times. … Elsewhere in the Pac-12, spring football has taken over from basketball in most locales, with Washington getting ready to begin next week. … Sam Darnold showed poor weather NFL franchises that a little rain doesn’t bother him. … Arizona State has a receiver who should shine this season. …  Utah is still playing hoops and will be in the NIT semis next week. … It seems Sean Miller wants to stay in Tucson.

EWU: The Eagles interim athletic director, Lynn Hickey, is part of the living history of women’s college athletics. Her career stretches all the way back to the AIAW days. Jim Allen has more in this story. … Jim also has a story on Shantay Legans’ first season as head basketball coach.

Idaho: As we said yesterday, the Vandals are hosting the women’s regional in Spokane this weekend, so we will link the stories here. Greg Lee has one today on the court in use this weekend. It is the property of the NCAA.

Preps: What do we have for you today? There’s a track and field feature, courtesy of Greg Lee. And there are previews of the GSL and GNL track season, also courtesy of Greg. … Dave Nichols has a story on the baseball season’s first perfect game. … There are also roundups of baseball, track and field, tennis, boys soccer and softball action. 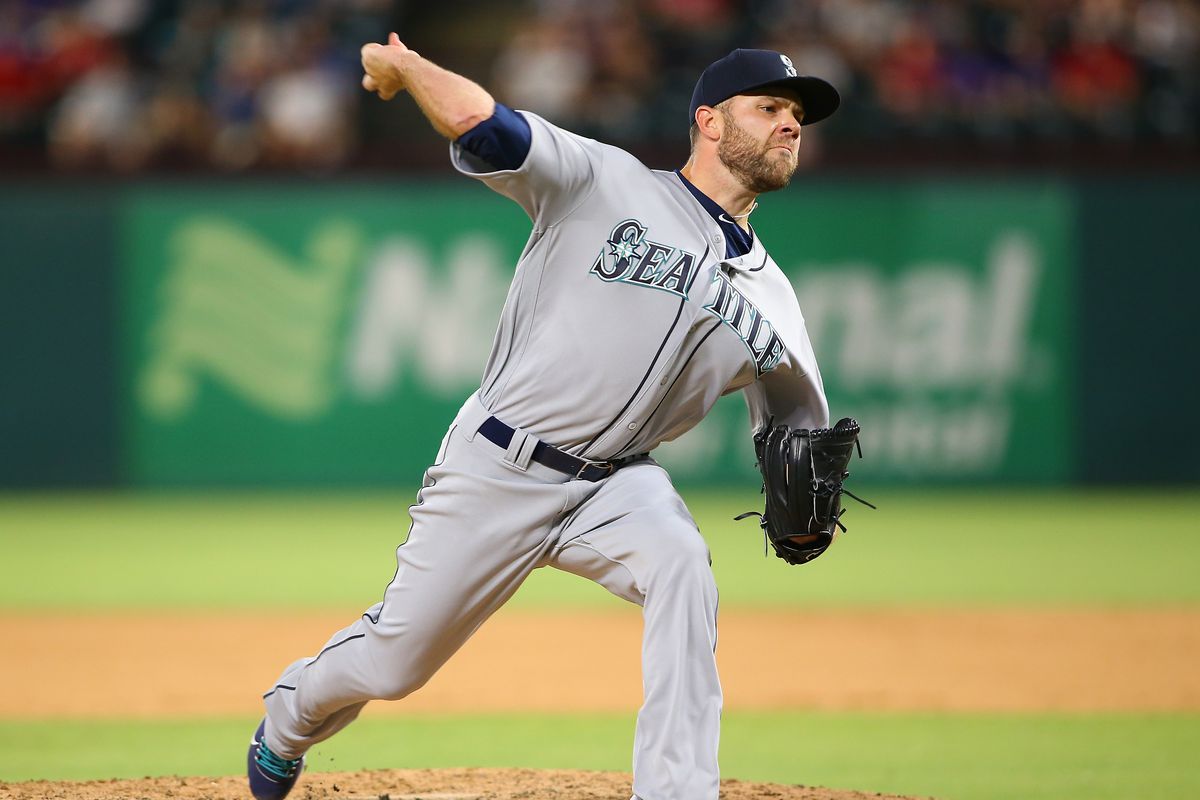 Mariners: This is getting ridiculous. The M’s lost reliever David Phelps to Tommy John surgery yesterday. The same David Phelps they sent four guys to Miami last summer to get. Now he’s out. … They claimed a reliever off waivers yesterday. … There is some good news, though. And Mike Zunino supplied a lot of it. … The M’s seem to know who Zunino’s backup will be. … Who will start opening day?

Seahawks: What will the offensive line look like come the season opener? … The defensive line needs help. Michael Bennett traces the changes back to Marshawn Lynch’s departure.

• We’ve passed along a couple of recent Oregonian stories about high school basketball and recruiting, including one yesterday about a Portland club. Now the star of that clubs, and a Portland-area high school, has left to return to Alaska. It seems eligibility rules are more of a sham than one might have thought. Until later …