By Molly Quinn and Michael Stephens The Spokesman-Review

The totals included in this analysis do not include joint fundraising groups created by both McMorris Rodgers and Brown.

The McMorris Rodgers American Dream Project, a PAC created by the congresswoman, has accepted donations beyond the individual cap limit directly to her campaign.

If a donor, say, attended one of the rallies this fall with either Kellyanne Conway or Vice President Mike Pence, they could make a donation to the American Dream Project PAC if they’d already given the congresswoman $5,400.

Not all of the money raised by the American Dream Project PAC went to the McMorris Rodgers campaign.

The group has raised $3.3 million, and about $700,000 of that went back into the congresswoman’s campaign coffers.

Fifth Congressional District Rep. Cathy McMorris Rodgers and challenger Lisa Brown have raised more than $10.5 million and spent nearly all of it in what has become the most expensive contest in Eastern Washington in recent memory, and likely in the political history of the district. The Spokesman-Review took a deeper look at where the money came from to fund the two top-tier candidates in a race that will be closely watched on Election Day. | Read more

Brown has set up her own joint fundraising committee, Flip WA Blue 2018, with fellow Democratic candidates Kim Schrier, who‘s running against Dino Rossi, and Carolyn Long, who is facing off with Rep. Jaime Herrera Beutler.

Note: The Spokesman-Review did not include these totals, nor the fundraising for McMorris Rodgers’ congressional leadership PAC, in our analysis of campaign contributions because not all of the money raised went directly toward the candidate’s re-election efforts.

Candidates often use the phrase “special interests” interchangeably. It can refer to a number of organizations, all of which have their own reporting requirements and spending limits (or lack thereof) according to federal law. Here’s a look at some of the most frequent types of “special interests” and what their limitations are.

Super PACs: These organizations are allowed to raise and spend money in unlimited quantities by the FEC, with two important caveats. They may not give money directly to a federal candidate, and all donors must be disclosed to the FEC.

Dark money groups: These tax-exempt organizations may collect and spend unlimited amounts of money, and their donors do not have to be reported to the FEC. The organization must declare that its primary purpose is not political. 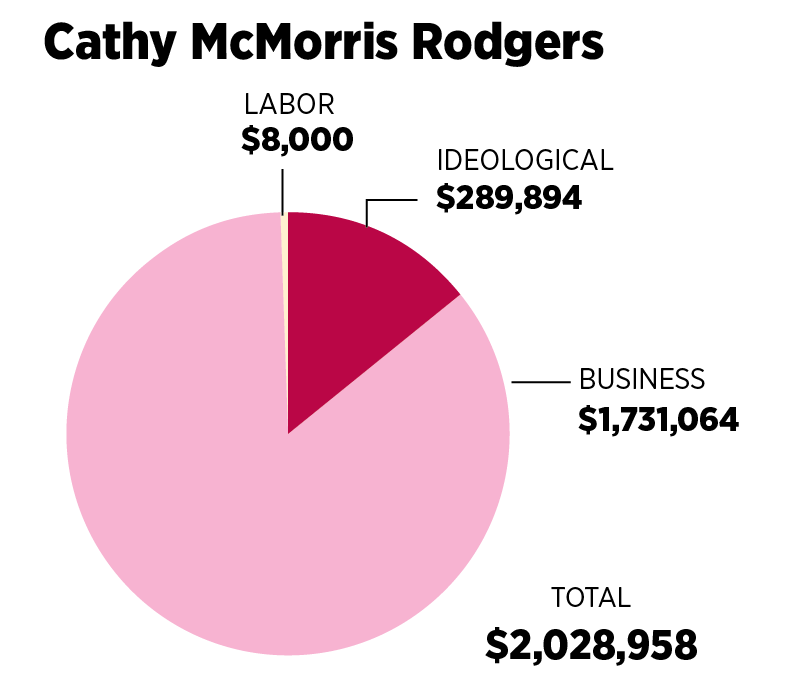 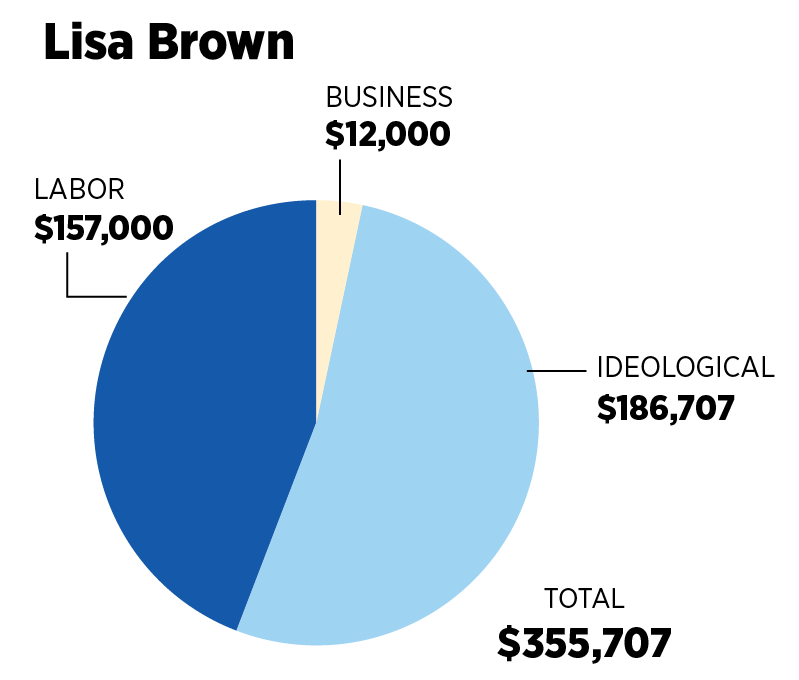 McMorris Rodgers takes most of her PAC money from business interests, according to the organization, while Brown is backed almost evenly by ideological and labor interests. McMorris Rodgers has taken significantly more PAC money than Brown during the election cycle, a common trait shared by incumbents in races for Congress.

Political action committees can, by law, give more money to federal candidates than individuals.

If a PAC has more than 51 contributors and spreads its money out to more than five federal candidates, they can give a candidate up to $10,000 during a complete election cycle.