Following more than four years of bitter fighting across Europe, an official cessation of hostilities between Allied and Central powers on the Western Front of World War I took effect at 11 o’clock in the morning on the 11th day of the 11th month of 1918.

Many Allied nations followed France and Great Britain in declaring Nov. 11 a national holiday, set aside to celebrate the informal peace agreement that was later cemented by the signing of the Treaty of Versailles on June 28, 1919.

The United States in 1954, at the urging of veterans organizations, renamed the official public holiday Veterans Day, which celebrates the service of all U.S. military veterans across time.

On the first Armistice Day in 1919, President Woodrow Wilson delivered an address to the nation framing his feelings on what the day means to the U.S.:

“To us in America the reflections of Armistice Day will be filled with solemn pride in the heroism of those who died in the country’s service, and with gratitude for the victory, both because of the thing from which it has freed us and because of the opportunity it has given America to show her sympathy with peace and justice in the councils of nations.”

It’s estimated over 10,000 Allied casualties occurred on the planned day of armistice before fighting officially stopped.

Nearly 6,600 died in seemingly needless fighting that led up to 11 o’clock on Nov. 11, and in total there were more casualties than the Allies suffered on D-Day in World War II.

The Quadruple Alliance lost between 6.99 and 8.35 million lives, while the Allies lost between 9.23 and 10.09 million. Graphs show ratio of deaths within the opposing factions. 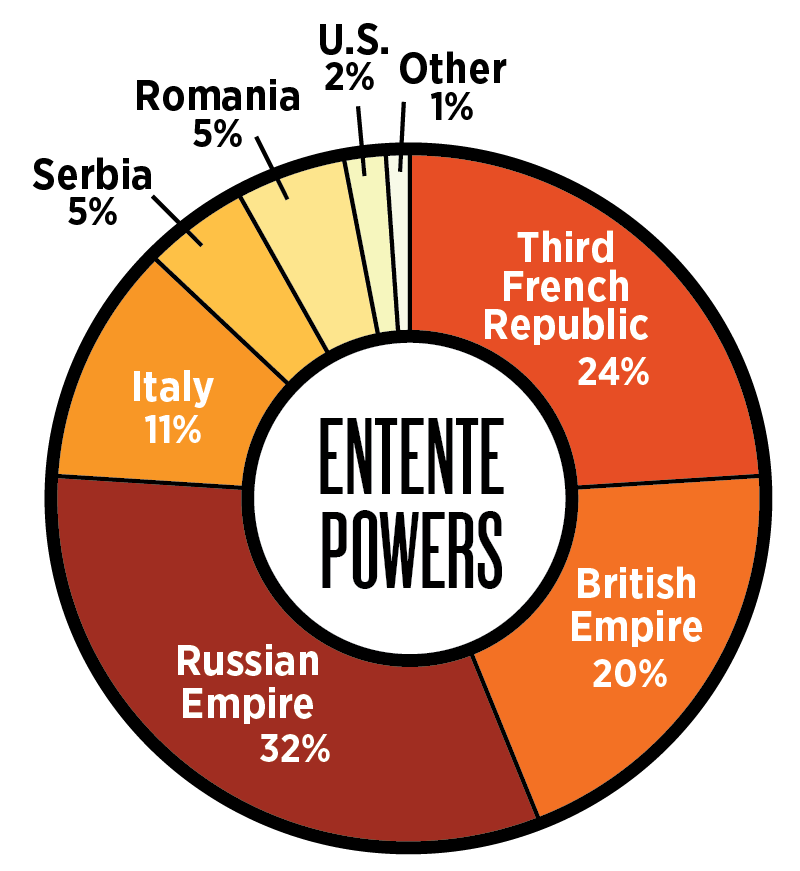 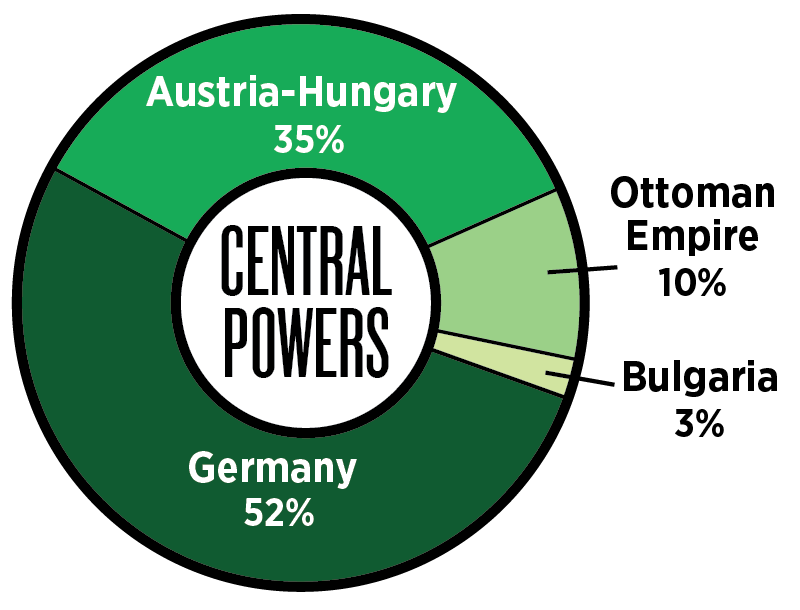 A particularly virulent form of influenza swept around the world in the closing months of World War I.

As much as 40 percent of the world’s population became ill (over 50 million soldiers and civilians died). 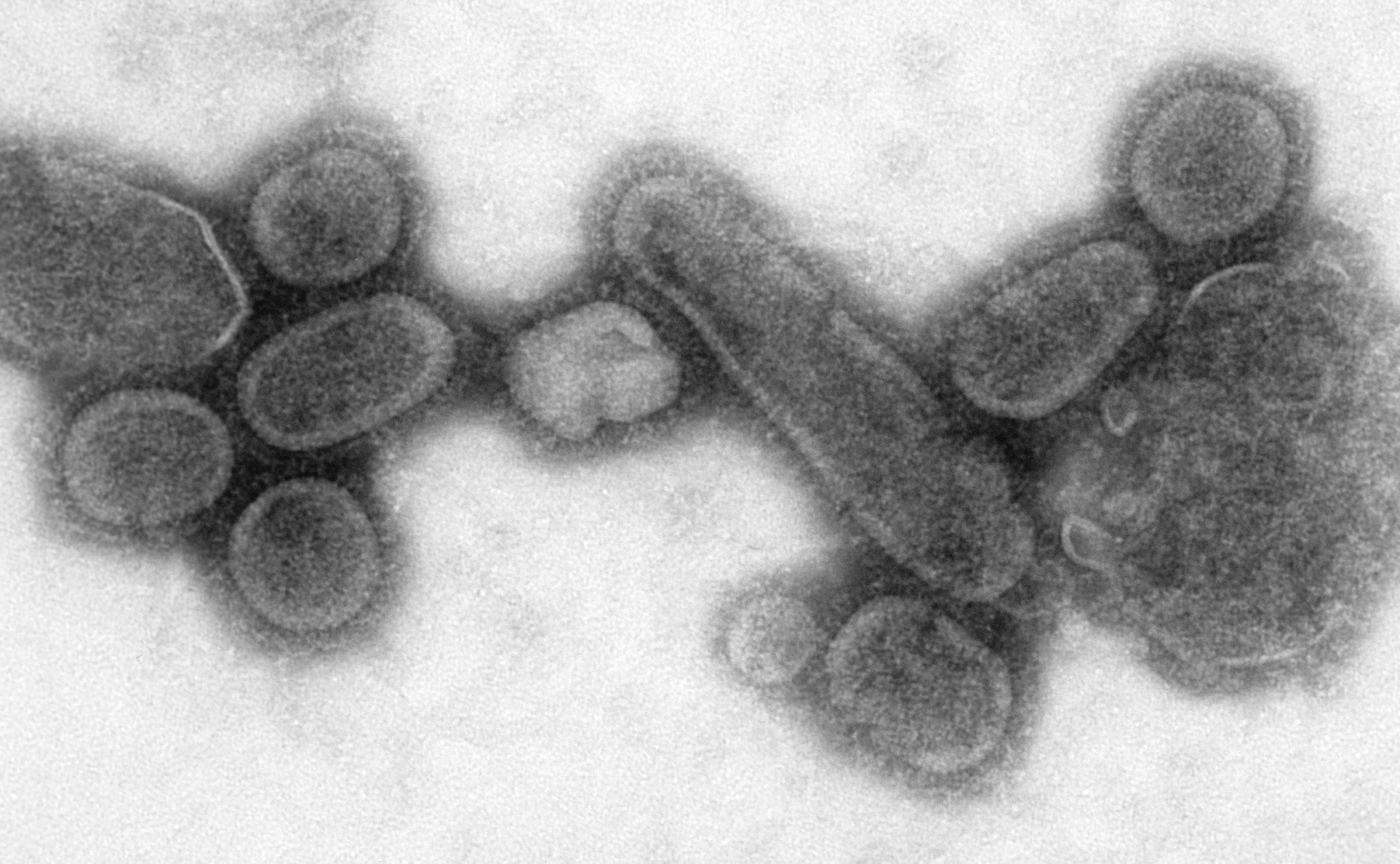 A century after one of history’s most catastrophic disease outbreaks, scientists are rethinking how to guard against another super-flu like the 1918 influenza that slaughtered tens of millions as it swept the globe in mere months. | SECTION »

Unlike other pandemics, this flu primarily affected healthy adults.

The highest incidence and mortality rates were among adults ages 20-50.

Complications, like bacterial pneumonia infections brought on by the virus, caused most of the deaths.

Some people who felt fine in the morning developed symptoms during the day and died by nightfall.