A GRIP ON SPORTS • The Mariners made an inconsequential trade yesterday. And moved forward on one that holds the possibility of remaking their franchise. Read on.

• The former? Left-handed pitcher Ricardo Sanchez came over from the Braves. Seattle sent money back.  He was designated for assignment and the M’s paid Atlanta a few bucks to grab the relief pitcher before he was released.

It’s the type of deal that happens just about every day in Major League Baseball’s offseason. 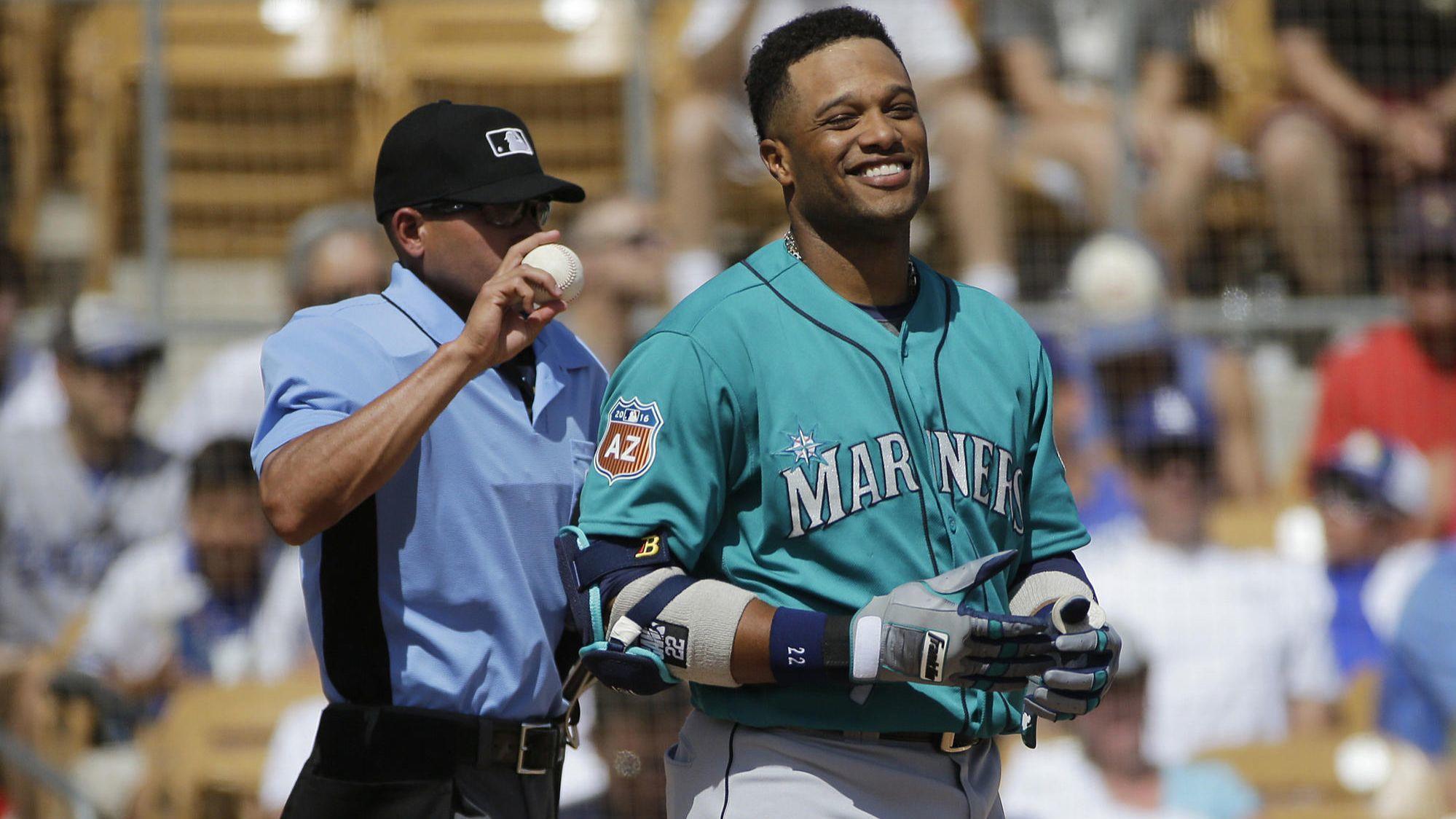 Now the other deal, that may or may not become official today, rarely happens, especially in these days of analytics and algorithms.

A blockbuster. Robinson Cano and Edwin Diaz, old and young talent, off to the Big Apple with some money attached for a bunch of prospects and an oft-injured outfielder with a recognizable name and a large contract.

Not to the Yankees, mind you, the partner in one of the most-successful blockbuster trades in Mariner history, but to the Mets, home of a new general manager who used to help represent, wait for it, Robinson Cano in his previous incarnation as an agent.

Talk about incestuous. And titillating. The guy who helped negotiate Cano’s 10-year deal with Seattle takes it off their hands. Brodie Van Wagenen could have more of an impact on Seattle baseball than Ken Phelps. OK, make it Jay Buhner. That’s more appropriate.

The Cano signing signaled to the baseball world the M’s were serious about competing for a postseason berth. And then they never got over the hump. Dumping him would signal they are ready to start over. And including Diaz allows them to do just that, with three of the Mets’ best prospects heading west.

If the Mariners were dealing Diaz for the three minor leaguers, reportedly outfielder Jarred Kelenic (the centerpiece), Justin Dunn and Gerson Bautista, most baseball folks would tell you it made sense for a franchise undergoing a transformation – though Jeff McNeil, a young second baseman, would have been a better return for Seattle than Bautista.

And if the M’s can free themselves from most of Cano’s contract – to trade the 36-year-old, Seattle was going to have to eat some the millions owed him – and receive anything back, let alone a relief pitcher in Anthony Swarzak, who may be poised for a comeback, is a good thing. That the M’s will receive Bruce is just an accounting procedure, though it won’t be spun that way.

This deal, when it happens (I guess “if it happens” should be listed as well), has the power to jumpstart a remake of the franchise, either toward a successful future or a longterm rebuild process that never comes to fruition. Like, you know, the past 15 years.

As I was perusing the stories about the ongoing deal, it hit me how often one aspect of baseball has been devalued in these times, and Cano’s subtraction is part of that.

If you look just at his numbers, Cano is still a productive player. A force in the middle of the lineup. A guy you want.

There is a reason guys who run teams are called managers, not head coaches. The job is more about managing relationships and people than it is about Xs and Os.

Cano, by virtue of his playing ability and huge contract, sets a tone in a clubhouse. He’s a driving force in how other players play and act. In many ways, that’s a good thing. But in others, it may not be. Don’t be surprised that, after the M’s trade him, there are multiple reports of his negative impact on his teammates.

Part of it is his PED suspension. That had to rankle some of the Mariners. The other part of it is his laissez-faire attitude, which is good for a team under intense pressure – think those in New York with the area’s intrusive media – but can be a detriment in a place like Seattle, where young players are learning how to go about their business and need guidance.

Cano’s way may not be the best way.

Whether he was a good influence or a poor one, that’s hard to quantify with numbers, so most analytic folks don’t even try. But it’s important. And it actually can be, thanks to baseball’s nine-month season, the most important element in whether a team is successful or not.

The M’s look to be taking a step – or six – back from immediate success with this proposed trade. But it could easily lay the groundwork for future success. Hopefully, the rewards will be reaped in my lifetime.

Gonzaga: Another tough nonconference matchup awaits the Zags this weekend, with the No. 1 team in the nation walking into Creighton’s Chi Health Center on Saturday afternoon. It was last year’s game against the Bluejays in which Zach Norvell first made his presence really known as an offensive force. Jim Meehan takes a look back at that game and how Norvell emerged.

WSU: No matter where the Cougars end up for their bowl game, a great matchup is possible. Theo Lawson looks at five dream scenarios that should make every Washington State football fan drool. … The volleyball team will host the first two rounds of the NCAA Tournament this weekend. Jim Meehan looks at the Cougars’ possibilities. … The women’s basketball team routed USF in Pullman. … Washington State’s New Year’s Six bowl possibilities are part of Larry Weir’s latest Press Box pod. … Elsewhere in the Pac-12, how does the conference bounce back from all the problems it had this season with officiating? Jon Wilner has an idea. … The conference title and a berth in the Rose Bowl are at stake tonight when Washington and Utah meet in Santa Clara in a half-empty stadium. OK, it’s really just a really big TV studio. Anyhow, both teams have remade themselves a bit this season, especially the Utes. … The Big Game is in the Bay Area tomorrow, pitting a rejuvenated California program and always-tough Stanford. … Justin Herbert is headed to bigger and better things. … It looks as if USC’s Clay Helton is serious about turning the Trojans’ fortunes around. And the Pac-12 could have another Air Raid team. … In hoops, host Arizona flew past Georgia Southern.

EWU: If you look around the Big Sky every year, there is a football team or two that comes out of nowhere and is good. Then, the next, it falls back to below average. That’s not the case with the Eagles. Ryan Collingwood decided to try and explain how the Eastern football program avoids those ups and downs. … Around the Big Sky, Montana State and North Dakota State have some connections. … UC Davis is hosting Northern Iowa on Saturday. … In basketball last night, Northern Arizona lost at UC Davis. … Idaho State barely survived at home against Montana Western.

Whitworth: The Pirates’ basketball team is finally going to play at home this weekend. Dan Thompson previews the opening of the Northwest Conference season.

Preps: The Washington state football titles will be determined today and tomorrow, and two of them will go to schools on this side of the mountains. Dave Nichols looks at the two games with Eastern Washington matchups. … There was basketball last night and we have a roundup of GSL action as well as that from boys and girls play. … The Fitz tournament begins this afternoon at Lewis and Clark High. It’s a special tournament honoring an old friend. Dave examines what it means for the area basketball community.

Seahawks: Richard Sherman is headed back to Seattle. He had some not-so-nice things to say about Russell Wilson. Is anyone surprised? … Wilson turns 30. In Tom Brady years, he’s still a young pup.

• Football. Basketball. An impending baseball trade. The weekend awaits. It’s the first one in December, which also means one other thing: Winter is coming. … Also, I forgot to add this earlier but I will not be here tomorrow. Personal plans means I need the morning off – until the Gonzaga game at 11 a.m. Maybe the Fox announcers will pronounce the school’s name correctly, unlike the early versions of the network’s promo. Until later …