A GRIP ON SPORTS • Want another piece of evidence times have changed (as they always do)? One of my friends used to have a toy, a blow-up, hard-rubber clown that was weighted at the bottom. No matter how hard you slugged it, it bounced back. And always did. I thought about it this morning when reading about Pac-12 commissioner Larry Scott. Read on.

• I guess the toy’s existence doesn’t prove anything about the changing times. Believe it or not, it is still available for purchase. Who would have thought? I guess, in a way, it is even more applicable as a metaphor for Scott’s recent tenure.

Who would have thought he would still be there, smiling, taking punches and bouncing back? After all, some of the recent blows would be enough to deflate most careers.

Last night, the conference sent out a press release saying, in part, the Pac-12’s athletic directors were endorsing recent changes in the replay system. You think? The group, meeting this week, agreed with Scott that changes had to be made. And that certain, unnamed, conference officials, were to be reprimanded. (Contrast this with the public nature the conference used during the day to reprimand and fine Arizona State defensive coordinator Danny Gonzales for his comments after the Sun Devils loss to Stanford.)

The litany of problems in the league office has grown recently, with the impetus supplied by controversy over a couple of replay calls – or non-calls – in USC’s 39-36 win over Washington State.

But the recent kerfuffles are just the tip of a huge iceberg – in more ways than one.

The core of the problems were frozen in place long ago, from a TV contract that looked good at first but, over the years, turned out to be inadequate. OK, that’s putting in mildly, isn’t it, those of you who love your DirecTV? There have been other issues over the years issuing from Scott’s domain, from a bounty put on a basketball coach to the proliferation of late-night football games. In a vacuum, none of the problems are enough to cause lasting damage to the commissioner, but add them up and it starts to chip away at his ability to lead.

Nothing illustrates that as to documents related to the replay incidents this season. Someone, probably connected in some way to the conference office, leaked a proprietary report from the game to Yahoo. That began the firestorm. And then, when Scott was making the rounds explaining the fixes he was implementing, another document was leaked to The Oregonian’s John Cazano, making Scott look ill-informed – at best.

It’s almost as if there is a cabal trying to push Scott out the door.

None of this is new, either. Such things happen all the time in all major corporations. It’s just that most of us don’t care about the behind-the-scene machinations at Kimberley-Clark or Charmin. All we want them to do is produce high-quality toilet paper.

And all most sports fans want out of their favorite Pac-12 school is it produces successful football and basketball programs. That hasn’t happened, on a national scale, all that often under Scott’s watch either. It’s not entirely his fault, certainly. There are a lot of reasons why the Pac-12 probably won’t have a team in the football playoffs again this season or the basketball showing in the NCAA Tournament will be lackluster as it has been the past few years.

But the buck finds its way to his desk – literally, when you realize he made almost $5 million last year – as does the criticism.

Sooner or later it will end up being too much. And change will happen. After all, after all the hits it absorbed, even the painted-on smile wore off the clown’s face back in the day.

WSU: The goings-on in the conference office are peripheral, right? The big deal is the action on the fields. Towards that end, Theo Lawson writes about how Stanford has had to make changes to its basic offensive philosophy this season. I love stories like this. … Theo also has his picks for this week’s Pac-12 games. … Yesterday, he held an online chat. Here’s the transcript. … Tracy Claeys spoke after practice yesterday. … The volleyball team is having a great season. … I wrote about Gardner Minshew this week. It was for The Athletic. It takes a subscription to read. … The Times’ Scott Hanson spent a day with Mike Leach and the Cougars last week. That had to be fun. And Matt Calkins also writes about WSU. … Stanford knows Minshew and the Cougar offense can cause it problems. 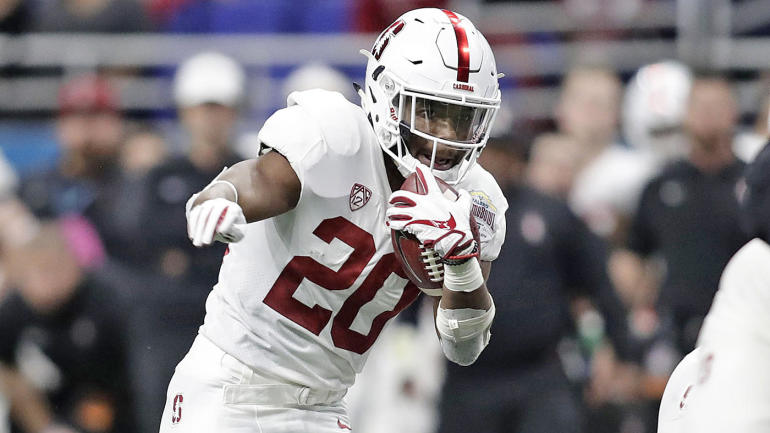 Elsewhere in the Pac-12, besides the Scott stuff, there is also other conference-wide news, such as game picks and power rankings. … Washington’s offense will be challenged by California’s defense. The same can be said the other way too. But the most interesting aspect of the week was made up. … Oregon is pretty beat-up as it heads to Tucson to face Arizona. … Oregon State and Colorado have their injury problems as well. … Arizona State and USC have put on exciting games recently. … The first game of the week sends Utah to the Rose Bowl to face UCLA on Friday night. … In basketball, the Huskies are in good hands. … Now the NCAA faces a decision. All three defendants in the basketball fraud trial were convicted, which means the jury believed the testimony against them. Many colleges were implicated in activity that should garner NCAA sanctions. Will they?

EWU and Idaho: The rivalry is back on. After more than two decades. Idaho and Eastern meet this week and Ryan Collingwood and Peter Harriman put together a story from Cheney and Moscow. … Ryan also has a college soccer notebook.

Preps: Thursdays are always packed full of prep stories and this week is no exception. Dave Nichols kicks it off with this story on the challenges facing North Central’s and Rogers’ football programs. … He then sits down with Sam Adams and picks six games. … Steve Christilaw has a story on U-High soccer. Funny, I’ve known the new coach since she was knee high to a caterpillar. … Jim Allen joined Larry Weir yesterday to talk about the stadium advisory vote, one that will have ramifications on youth and prep sports no matter how it goes.

Seahawks: Frank Clark is saying all the right things. But we translate what he has to say as: “I want to stay with the Seahawks as long as they pay me the most money.” … Tre Flowers has a big, small fan. … Detroit has a lot of connections to the Hawks.

Sounders: Seattle has had to sprint for a long time to make the playoffs. Will it show? … The Timbers are headed to the playoffs as well.

• Hey, I’m back on the radio this afternoon, from 3 to 6 p.m., though I will have to leave a bit early. I’m joining Dennis Patchin on 700 ESPN. You can listen here if you like. Until later …