A GRIP ON SPORTS • There is a storyline heading into today’s Homecoming game in Pullman. Can the Utah offense outscore Washington State’s? Hate to be a contrarian, but what if it doesn’t have to? Read on.

• OK, that’s not true. I love being a contrarian. But the underlying question remains the same. What if the Utes’ offense doesn’t have to outscore WSU’s for Utah to win?

How’s that, you say? Easy. The Utah defense does the scoring for the visitors. Some of it anyway. 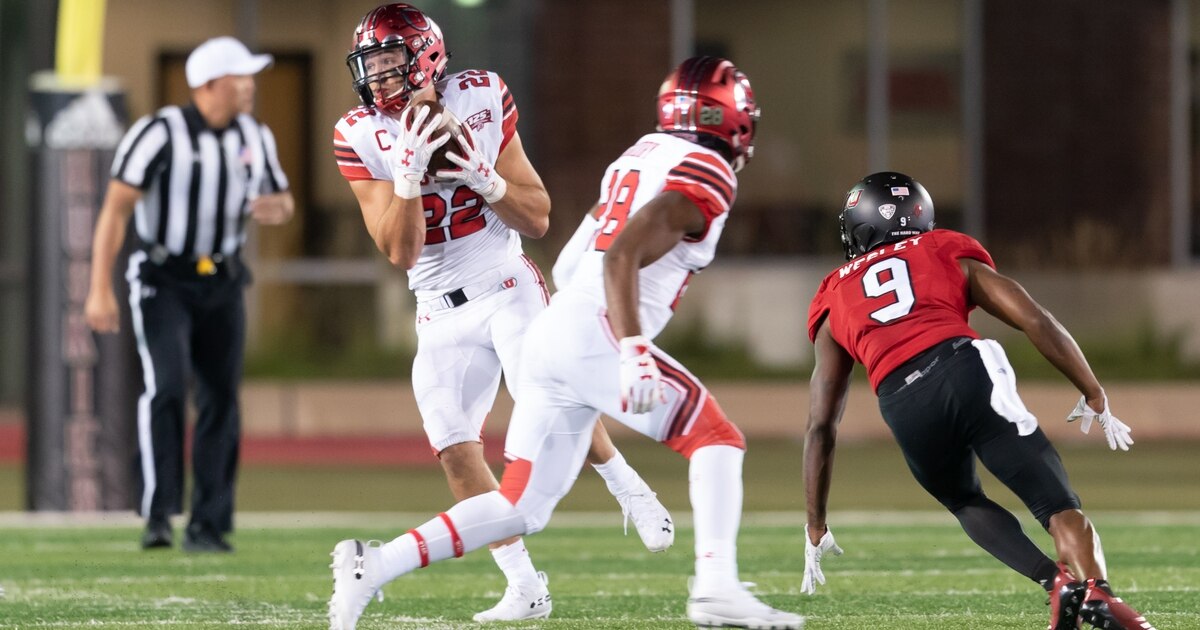 Utah’s offensive ineptitude thus far has been widely documented. The Utes two games against FBS competition have resulted in 24 points. That’s not very many. And get this: The defense scored seven of the 17 against Northern Illinois – a 40-yard Chase Hansen interception return.

It gets better (or worse, whichever way you look at it).

In the Washington game two weeks ago, the defense’s fourth-quarter interception set up the Utes at the endzone’s welcome mat, the UW 11, trailing 21-7. The Utah offense didn’t score.

The defense may have learned a lesson. Take the turnovers all the way to the house, because the offense can’t get off the stoop and through the door.

Fans of pro football in the Northwest, circa a few years ago, know the drill: The offense needs to take care of the ball, punt and get off the field – so the defense can score.

Which brings us to how the Utes can win the game without their offense outscoring WSU’s: Force a bunch of Washington State mistakes.

Utah has a veteran secondary and a couple of great linebackers. The groups excel at forcing turnovers. But the Cougars have been taking care of the ball, with just five turnovers in four games, one of those in garbage time.

Gardner Minshew, after a slow start, has not been prone to making silly throws that result in interceptions. He’s thrown three but none in the last two games. That’s more than 100 passes without a pick. And, yes, that’s good.

He needs to continue that streak this afternoon. If the Cougars take care of the ball, if they end each possession with a kick – an extra-point, a field goal attempt or a punt – Utah should have trouble scoring enough to win.

It’s as simple as that.

• You know how excited I was to watch the Ryder Cup yesterday? If you read this space, you do. But excitement isn’t always rewarded.

I went downstairs after finishing up, turned on the TV and loaded the what-I-thought-was-about-eight-hours of recorded golf. Somehow, my DVR captured just an hour. The memory might have been full, the box might not have worked or I might have screwed something up, but there was no Ryder Cup to watch.

There was shock. There was anger. There might have even been a bit of weeping – though there is no tape to prove it.

Ah well, the United States team is kicking butt, so who cares. At least in my mind. That’s all I had to draw on, my own imagination. And in it, the U.S. is winning.

WSU: Speaking of winning, Theo Lawson sees Washington State doing just that this afternoon in Martin Stadium. … He also breaks down the keys to that possibility and explains why Utah presents such a formidable challenge. … If you follow the Cougars on Twitter, you know Steve Spurrier, the former Florida, Washington Redskins and South Carolina coach, is in town. His son, Steve Spurrier Jr., is a Cougar assistant. The elder Spurrier missed one of his grandson’s better passing games last night. …  Larry Scott says his statements last Saturday night were misinterpreted. Not misquoted mind you, but misinterpreted. He told folks last night in Colorado he was only saying that he checked to make sure the process was followed during the game. Huh. Interesting. That’s how he knew it was “a very, very close” call, I guess.  … Utah’s offense is under the microscope but defense is always the key for the Utes. 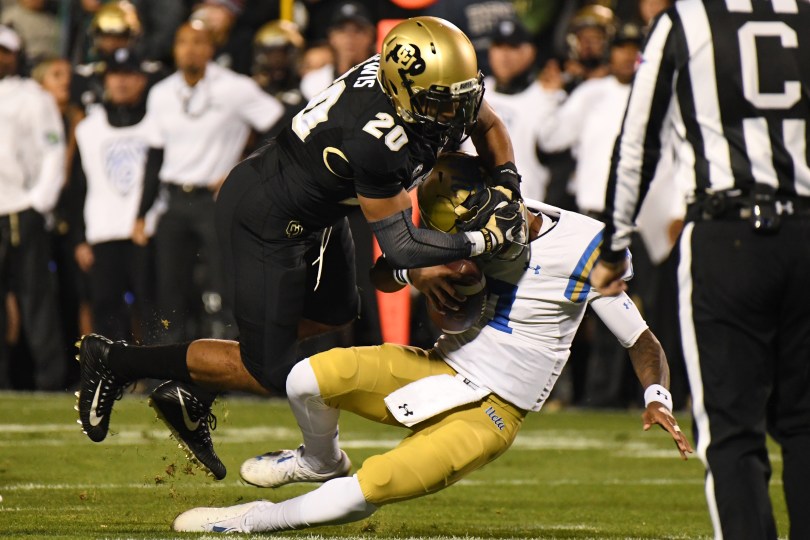 Elsewhere in the Pac-12, it’s a big weekend for the conference, with Stanford’s game at Notre Dame the second-to-last big nonconference showcase. … Of course, Washington has a big nonconference game too, against BYU, but the Cougars don’t hold the same national cachet as the Fighting Irish. … Two ranked teams meet in Berkeley when California hosts an Oregon team coming off a tough home loss. … Arizona State is swearing it won’t take Oregon State lightly. … Can USC win a road game? Tonight’s opponent is the resurgent Arizona Wildcats. … The weekend began last night with Colorado moving to 4-0 with a second-half trouncing of visiting UCLA. The Bruins are 0-4 for the first time since I was in high school. Yes, that long ago.

EWU: The Eagles are in eastern Montana today for an early game. And they will have to deal with the run-heavy Bobcats. As Ryan Collingwood writes, they’ve done it before in Bozeman. … Montana State has improved its run game, which comes at a good time, considering the Bobcats may have to outscore Gage Gubrud and the Eagles. … Around the Big Sky, Montana and Eastern don’t play this season, but the Grizzlies are playing the same opponent Eastern faced off with last week: Cal Poly. … Northern Colorado needs a win in the worst way. … Idaho State hasn’t defeated Northern Arizona in a long time.

Idaho: The first game back in the Big Sky football ranks wasn’t what the Vandals wanted. Today needs to be different. Peter Harriman has a preview of today’s 2 p.m. game with visiting Portland State. … The Vikings are something of a mystery.

Whitworth: It’s been a weird September, with a couple byes thrown in with a couple home games. Now the Pirates have their biggest test of the year, longtime Northwest Conference power Linfield comes to Pine Bowl to finish up the month. Dan Thompson has a preview of the 1 p.m. game.

Chiefs: The Chiefs will be in the Arena tonight for their home opener. Kevin Dudley has a preview of the game. … Before that, however, Spokane had to get its first win of the season. The Chiefs accomplished that last night in Kootenay.

Preps: So what happened on Friday night? Well, there were a couple key GSL games, with Dave Nichols at U-Hi for Mead’s win over the Titans. And Dan covered undefeated Lewis and Clark’s win over Rogers. … We also have a football roundup and one from soccer.

Seahawks: There really isn’t anything “questionable” about it. Doug Baldwin will play against the Arizona Cardinals. … Speaking of Baldwin, “Angry Doug” made an appearance last week. … He’s not the only Seahawk wide receiver who will be excited about being on the field. … The good injury news is, as always, offset by the bad. … There is a lot to watch.

Mariners: The bats came alive last night in a 12-6 win over the Rangers, but Jean Segura’s effort didn’t. After a slow jog home early in the game, Scott Servais sat him down for the rest of the night. Servais even confessed he was sending a message. … It won’t be heard until next season, which Wade LeBlanc wishes would start next week. … Roenis Elias is trying to make himself valuable by doing a little bit of everything. … The local awards were handed out last night.

Sounders: Seattle has to avoid overconfidence down the stretch.

• I couldn’t avoid the Ryder Cup news this morning. And the DVR seems to be working. I’m not sure I want to watch, though. There is a lot of football on. Until later …