After years of deterioration, the city is closing the North Suspension Bridge in Riverfront Park until its concrete deck can be repaired or replaced.

The 45-year-old pedestrian bridge is structurally sound, but age and weather conditions have led to chipping and holes in the concrete deck, said Garrett Jones, interim director of Parks and Recreation.

The bridge was closed Friday until further notice.

Jones said the parks department has known the bridge needed repairs since the city assessed 11 bridges in 2014 and found it would cost about $13.5 million to repair or replace them.

The parks department regularly has repaired deterioration of the bridge the past few years, but the the need for repairs increased during the last year, Jones said.

The bridge was built for Expo ’74 to carry pedestrians and bicyclists to the northern section of the park. According to the city’s bridge assessment, inspectors found that some of the concrete on the bridge deck had corroded and rebar was exposed in some sections. 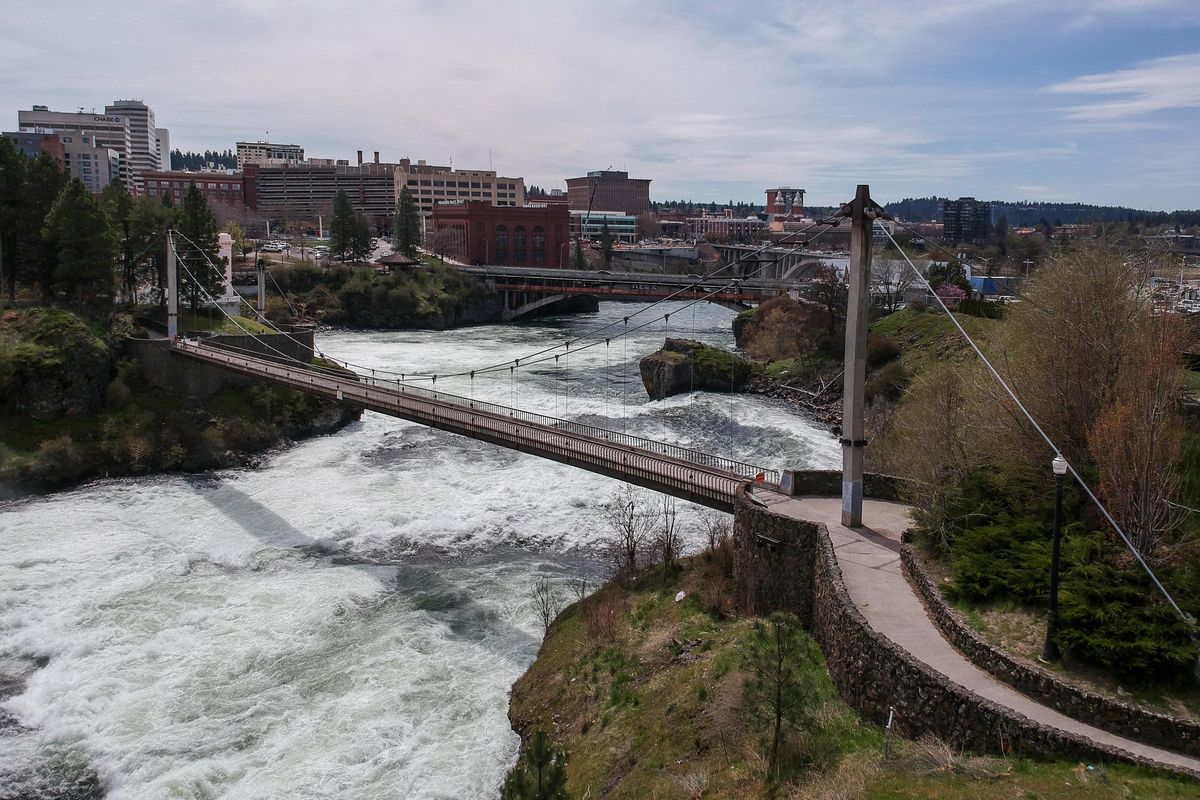 The pedestrian bridge from Canada Island to the north bank of the Spokane River in Riverfront Park has been closed because of the deteriorating concrete in the bridge deck. Shown Monday, April 22, 2019. (Jesse Tinsley / The Spokesman-Review)

The parks department will hire a consultant to look at the bridge again to see if the deck needs to be replaced immediately, or if it could be repaired. Jones said a new deck would probably cost about $1.7 million, but repairs would cost less and give the department time to find funding for a new concrete deck.

Jones said the department won’t know the total project cost or timeline until the outside firm finishes its assessment.

He said the city won’t use money from the 2014 Riverfront Park redevelopment bond and instead will seek state, city or grant dollars for the project.

“We’re going to do what we can to find alternative funding,” Jones said.

The department applied for a grant that could cover about $500,000 of repairs, but it won’t know if it will receive the money until this summer

Fianna Dickson, city parks spokeswoman, said people will be able to walk the length of the park once both sections open, but for the next two weeks, they will have to walk around the park and take other bridges.