Is ‘Avengers: Endgame’ really that much longer than the other Marvel movies?

Yes: It’s more than a half-hour longer than the longest previous installment in the Marvel Cinematic Universe. 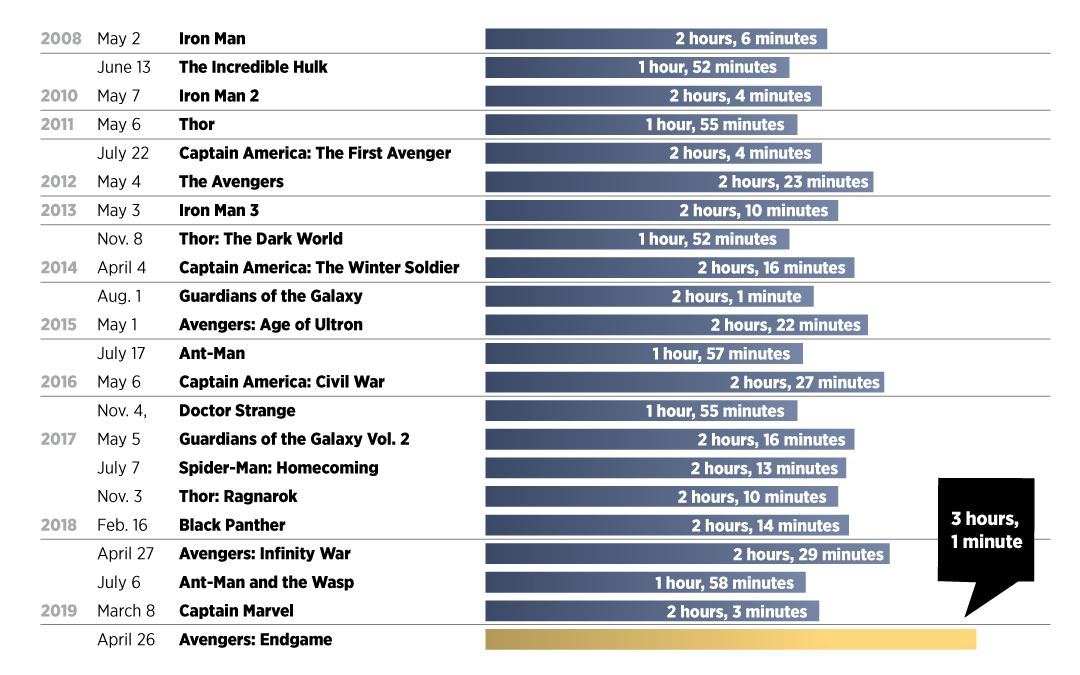 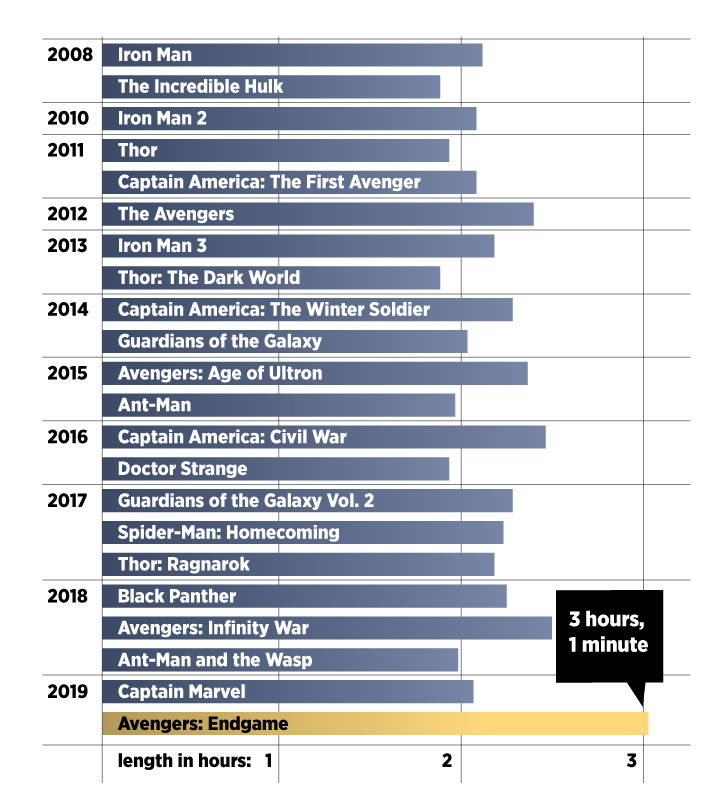 How this compares to some of the lengthiest popular movies:

What can I do to ease the pain?

Some solutions for ailments like overactive bladder syndrome involve learning to avoid certain types of food over long periods of time. There’s probably not much you can do to help you out for a movie showing later tonight or tomorrow. But if you’re inclined to try ...

Avoid diuretics — food and drinks that cause an increase in the body’s production of urine.

One of the more common diuretics is caffeine. This would include most soft drinks, energy drinks as well as green or black tea.

You might reduce — or eliminate, at least for today — your intake of coffee, as well. Which means if you’re reading this with your morning cup of coffee, it might already be too late.

Avoid irritants — things that may irritate your bladder and give you a sudden urge to go.

Meanwhile, the actors in “Avengers: Endgame” have had suggestions of their own.

On a recent appearance on “Jimmy Kimmel Live!,” the Incredible Hulk, Mark Ruffalo, suggested fans wear diapers to the movie.

“I would say get one of those giant tubs of popcorn and then just, like, lower it under the seat...”

Thanks, but we'll pass.

Are there extra scenes in the credits?

Early reports are that unlike most Marvel Comics movies, “Avengers: Endgame” does not contain mid-credits or post-credits scenes. So once those credits begin rolling, you might dash out of the theater for quick relief.

It could be worse

At least there’s no Aquaman in the Marvel Universe. No waves. No running water. No drip, drip, drip inside a leaky submarine. No underwater scenes.

Are there good times to take a bathroom break?

According to early reports: Very few.

The RunPee app — which gives users detailed suggestions on when you might duck out of a movie for a rest room break — reported Wednesday three suggested break times:

RunPee says that lots of things are happening in “Avengers: Endgame,” with multiple characters and overlapping fast-paced storylines.

Of those three, RunPee suggests you use the first one. The other two are highly emotional scenes that you might not want to miss.