A GRIP ON SPORTS • There were two things to wait for during the first round of the NFL Draft last night: When Washington State’s Andre Dillard would be chosen and another Seahawks’ trade. Both happened. Read on.

• It was pretty obvious Dillard would be taken by someone before the night was over. But as the first round wore on, and a couple teams that seemed willing to make the WSU left tackle their top choice looked elsewhere, there had to be some consternation in Nashville’s green room. 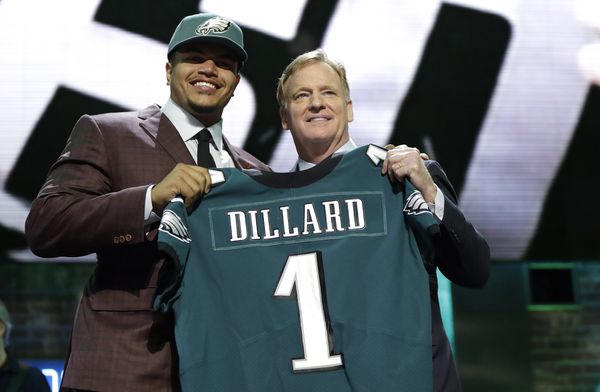 Until Philadelphia made a trade to jump ahead of Houston – trading with the Ravens to move up three spots – one had to wonder if maybe Dillard’s stock had dropped for some reason.

Nope, it was just the typical vagaries of the draft. The Eagles, who have had a few Cougars on their roster in the recent past, wanted a replacement for longtime tackle Jason Peters.

They decided the guy from Pullman was their man.

• Since John Schneider and Pete Carroll took control of the Seahawks nearly a decade ago, there has been little drama in the first round of the draft. 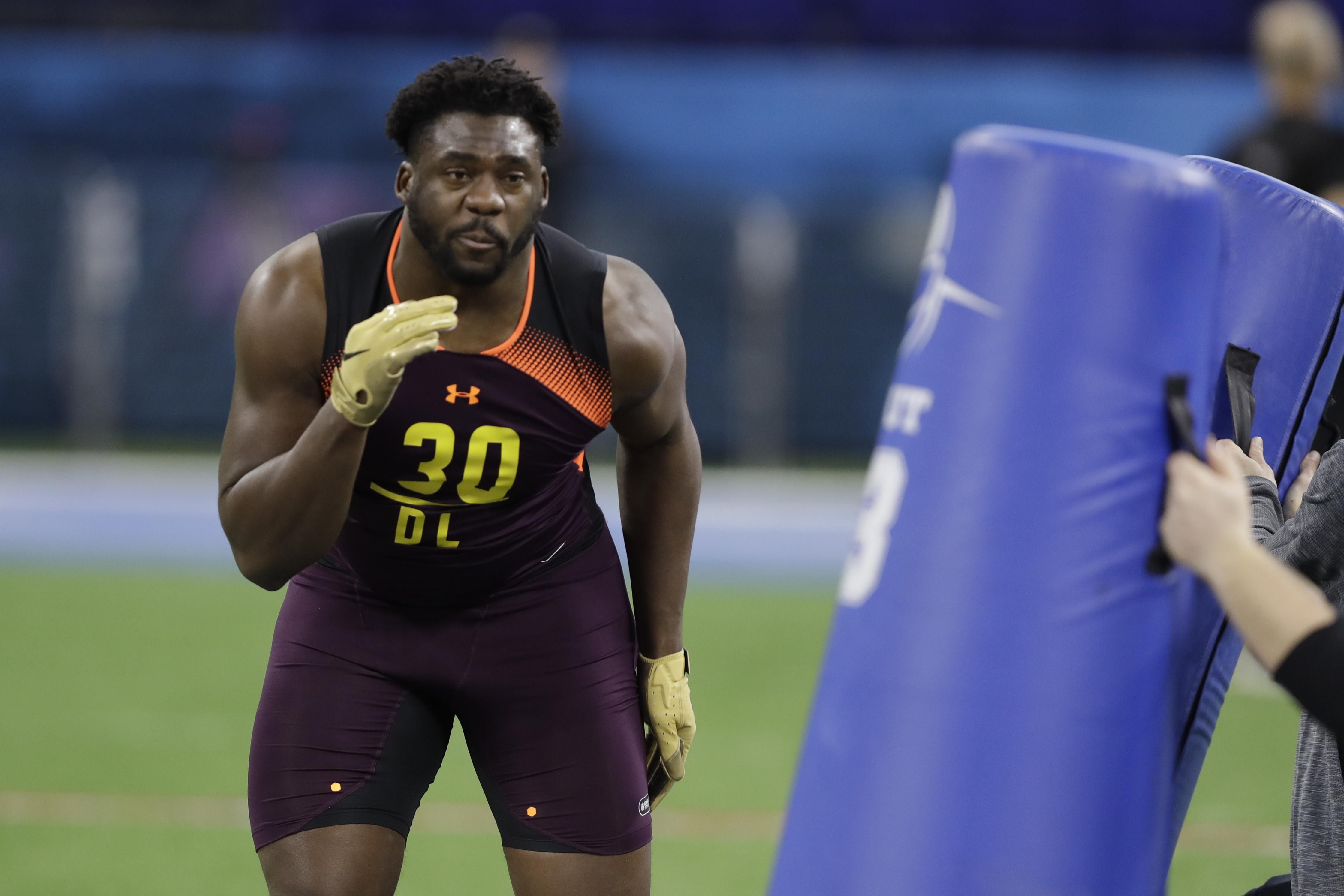 The Hawks rarely pick in their assigned spot. Instead they use it as bait, trading the pick for more selections in later rounds. Oh, they picked James Carpenter back in the day, but the guard’s failure may have just cemented Schneider’s notion the pick is better as a trade commodity.

Even with two picks in the first round – the second courtesy of the recent Frank Clark trade – the Seahawks still didn’t use their own pick in their own spot. They made a trade, giving them back-to-back choices near the end of the night.

They used one, grabbing pass rusher L.J. Collier from TCU. Then they traded the other.

Schneider came into the week with just four choices. After taking Collier, the Hawks still have eight choices left. It’s what they do.

• The M’s game was lost in the draft shuffle last night. Too bad. The offense was on and so was Marco Gonzales.

The former Gonzaga star, who was also one of the best hitters in the WCC when he played at GU, became the first Mariner pitcher to pick up five wins before May. That’s something to be proud of, considering the M’s have had a few guys who won a lot of games in their career, and one Hall of Famer who pitched in Seattle during his prime.

Gonzales has filled the role of staff ace well this season. After last night’s seven shut out innings, his earned run average is 2.80, the type of ERA Randy Johnson or Felix Hernandez would have. 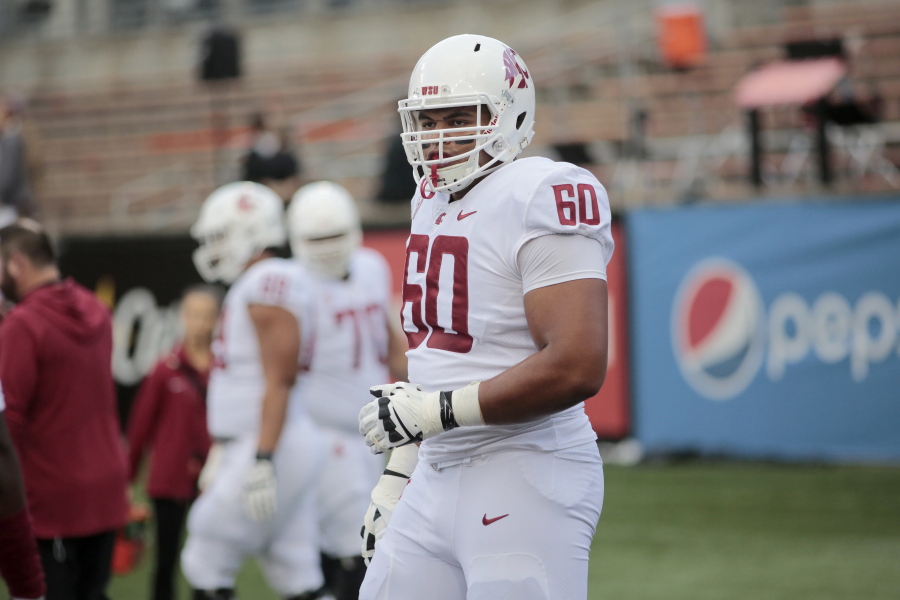 WSU: Now that Dillard is off the board – Theo Lawson has a story on his becoming the first Cougar offensive lineman to be picked in the first round – attention can shift to two of his teammates, Gardner Minshew and James Williams. Neither is expected to be picked tonight, when the second and third rounds take place. … Elsewhere in the Pac-12, the conference budget seems a little out of whack compared to its peers. … Two other Pac-12 players were also first-round picks though they came late in the round. Washington’s Kaleb McGary, an offensive tackle, went to Atlanta and Arizona State’s N’Keal Harry was the Super Bowl champion Patriots pick. … Washington’s defensive coordinator, Jimmy Lake, received a new contract and a raise.

Gonzaga: The Bulldog baseball team, tied atop the WCC standings, hosts one of the other two teams it is tied with, USF, this weekend. Ryan Collingwood has more in this preview. … Around the WCC, BYU introduced its new basketball coaching staff. … A Cougar transfer explains why he returned to Provo.

Whitworth: The Pirates changed the guard yesterday atop its men’s basketball program. Matt Logie, who has led Whitworth for the past eight years, is moving on, taking the head coaching position at Point Loma. (The former Point Loma coach was Ryan Looney, the CV grad who is now at Idaho State.) To replace Logie, the Pirates chose assistant Damon Jablonski, who has been in Spokane since Logie arrived. Dan Thompson has more in this story. … The Pirate baseball team is hosting the NWC tournament this weekend. Ryan has a preview.

Chiefs: Trailing 3-1 in the WHL Western Conference Finals, Spokane has no margin for error. The Chiefs will travel to Vancouver tonight needing a win. Kevin Dudley has a preview.

Preps: The spring weather was perfect yesterday, which allowed for competition in tennis, soccer, softball and baseball.

Mariners: The bats took a hiatus during the two-game series in San Diego, but they returned last night in the 14-2 victory. It helped the Rangers’ starter, making his first appearance in the bigs, couldn’t find the plate. … Gene Warnick returns with an Out of Right Field summary and talks with Larry Weir for the latest Press Box pod. … We will have an Out of Right Field column this Sunday. We talked with some of the more invested Mariner fans we know this week to get their take on this year’s team.

Seahawks: The expected part of the night was the Hawks trading down and filling out their second and third day dance card. The  unexpected part of the night, to all but one Seahawk beat writer, was the selection of Collier, who was under the radar at TCU. … The choice, and the choices over the next couple days, will decide the legacy of the Clark trade.

• No column tomorrow. See you Sunday. Until then …