Over the course of the summer, more than 800 game cameras spread throughout the woods and mountains of Idaho have been taking photos every 10 minutes. Simultaneously.

And in September, when Idaho Department of Fish and Game staff retrieve those cameras, they will have roughly 20 million images. From there, artificial intelligence software designed by Microsoft, alongside biologists and researchers, will use the data to estimate the state’s wolf population.

The effort is one of many undertaken by wildlife managers to develop valid wildlife population estimates, a notoriously difficult task. Wild animals, by nature, avoid humans and are not always easily individually distinguishable.

In flat, open country, helicopter surveys offer one way to come to a population estimate. But in wooded or mountainous areas it’s more difficult. 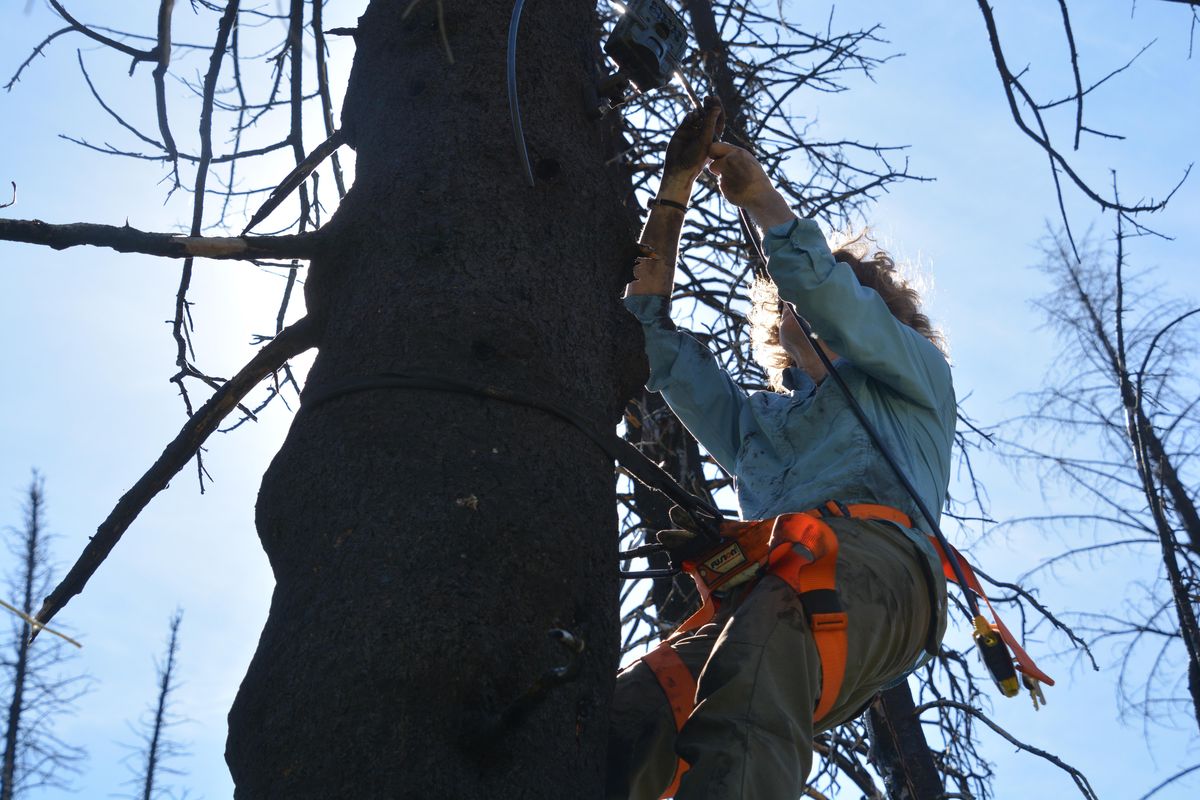 “When you have an animal that is rare on the landscape, like wolves, they are often in forested areas that are incredibly hard to observe,” said Paul Lukacs, a professor of quantitative wildlife ecology at the University of Montana. “It provides this opportunity to actually get visual sampling of something that is really hard to see on the landscape.”

Each time the cameras take a photo represents an “independent estimate” said IDFG wildlife research manager Mark Hurley. Because researchers know all cameras are firing at the same time, any wolves captured on camera are clearly individual wolves. Those independent estimates are then averaged together using a statistical model designed by Lukacs and his team.

The method was designed by Lukacs, his students and IDFG biologists, and builds off time-to-event analysis, which is used in medicine to determine the survival time of patients and in manufacturing to figure out when products will wear out.

But, it hadn’t been used in wildlife science.

“This is kind of a brand-new technique,” Hurley said. “Something that has always been tough to do is to get a population estimate (especially) with unmarked animals.”

When wolves were first federally reintroduced into Idaho, Wyoming and Montana in 1995 and 1996 most packs had a least one collared wolf and the numbers were low enough that biologists were able to nearly count the population. But, as numbers grew that became harder and less accurate.

Most recently, IDFG collected scat from wolf rendezvous sites and used DNA sampling to determine how many individuals were there. But that is a time consuming and expensive effort.

In 2016, officials deployed around 200 cameras throughout the state. These cameras were used to determine where wolf packs were living. This, combined with the DNA sampling and wolf harvest reports from legal hunters, gave broad population trend information. If the wolf occupancy rate was declining, for instance, the population was likely declining too. And vice-versa.

But, as already mentioned it was an expensive and time-consuming effort. And one that didn’t give a true population estimate.

And that’s where Lukacs and his team’s methodology comes to play. The camera study was first designed and deployed on ungulate populations. In November 2018, the state started using the cameras, taking photos every 10 minutes, to estimate deer and elk populations.

This spring they expanded that study by deploying more cameras. Although Hurley doesn’t have a definitive number, he said the camera portion of the study costs about $250,000. The rest of the cost is staff time, he said.

And staff time can be significant. It took Hurley’s staff months to go through the photos from 315 cameras during last year’s ungulate study. The majority of those photos don’t contain ungulates, or even animals.

That issue has been addressed in the wolf study. Microsoft developed image recognition software, for free, that uses a basic artificial intelligence to sort through photos that have an animal in them and those that don’t. The photos that do have animals are then sent to human biologists to examine and code.

“You’d think with all the technology we have that it would be easy to transfer them over some high bandwidth line,” Hurley said. “But we’re finding that with so much data it’s easier to put them on a hard drive and mail them.”

The field portion of the study will finish at the end of September. Hurley hopes to have a population estimate by late winter.

“It’s very interesting for everyone involved,” Hurley said. “Whether its land owners or sportsman. We have population estimates for everything else and people ask us why not wolves. We get questions from all sides of the wolf aisle.”