But as liberal voters size up the two leading candidates running on those values – Bernie Sanders and Elizabeth Warren – one question is impossible to avoid: Can either one beat President Donald Trump?

Even some of the most passionate liberals are not sure Sanders or Warren is up to the task, knowing that Trump will use anything he can to tear them down: age, gender, personal background and, of course, their progressive plans to transform health care and the U.S. economy. 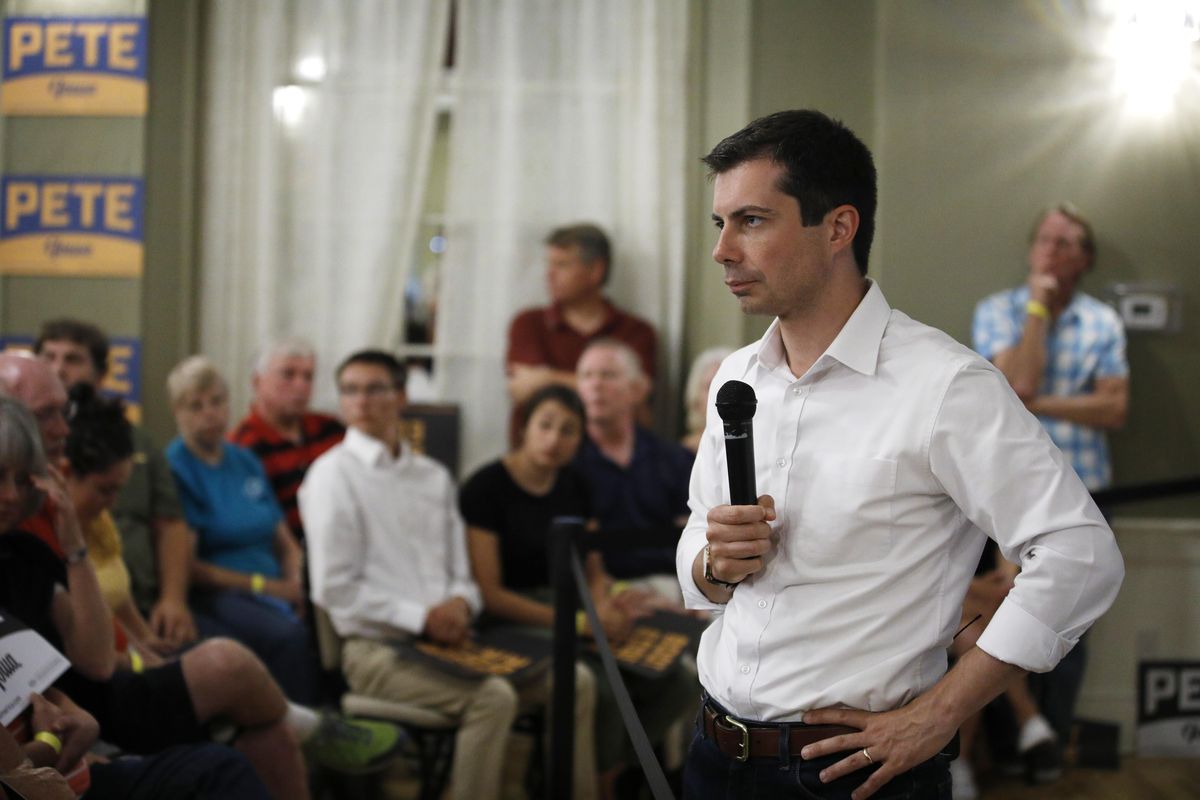 The electability question is coloring the high-stakes competition between the dueling New England senators, who are allies on policy, but stand in each other’s way in the broader fight to unify their party’s energized liberal base. And as they struggle for answers, voters must confront a sense of deep uncertainty that has settled over the party’s far-left flank.

Richard Poulin, a 74-year-old gift shop owner, stood in the back of a Sanders rally with a Bernie sticker on his chest. He hosted Sanders’ local campaign headquarters four years ago but admitted he was considering abandoning the fiery Vermont senator in favor of Warren.

“I see her gaining and I like the forward movement,” said Poulin, citing Warren’s recent rise in the polls. “She has a chance. That’s what I like.”

Still, he may not vote for either one. He said he would reluctantly support the more moderate front-runner, Joe Biden, if he ultimately has the best chance to win.

Democrats of all ideological persuasions consistently say their top priority is defeating Trump. And the Sanders and Warren campaigns are aware that no policy plan or campaign trail promise will matter as much as their ability to convince Democratic voters they can do that.

Their challenge is one of perception more than reality.

Multiple recent polls suggest that both Warren and Sanders would defeat Trump in a head-to-head matchup. Yet very few Democratic voters actually believe that’s the case.

Just 9% of Democrats and those leaning Democratic think Warren has the best chance to win a general election, according to a poll released last week by Quinnipiac University. The numbers are only slightly better for Sanders: 12% believe he can beat Trump.

At the same time, 49% say Biden has the best chance to win.

Warren allies concede the electability debate represents the greatest threat to her candidacy, aware of concerns about her gender and her aggressive liberal policies.

Few expect her to win the argument before the first votes are cast early next year. Instead, they hope to muddy the debate in the short term and use strong finishes in Iowa and New Hampshire, fueled by a massive organization on the ground in those states, to prove to the rest of the primary electorate she is indeed viable.

The risks are obvious: Sanders, too, has a strong grassroots organization on the ground in the early voting states, as do other candidates in the crowded field. And Biden continues to dominate early polls.

A recent bump in the national polls for Warren, however, has caught the attention of anxious liberals.

Warren has been locked in a battle for second place with Sanders recently, although a Fox News poll released this week shows her as the preferred choice of 20% of Democratic primary voters compared to Sanders’ 10%. Biden leads the pack, as he has the entire year, with 31%.

“For every candidate, the pocket of growth is electability voters,” said Adam Green, a Warren supporter and co-founder of the Progressive Change Campaign Committee. “A lot of people love her and would love to place her in the White House – and their only outstanding question, which is increasingly being answered, is can she beat Trump?”

Sanders has been trying to address that question head on since he lost the 2016 Democratic primary to Hillary Clinton. At virtually every campaign appearance, he reminds voters that polls conducted after the 2016 election suggest he could have beaten Trump.

More recent polls show both Warren and Sanders lead Trump in a hypothetical 2020 general election matchup, although Sanders’ lead is larger than Warren’s.

The progressive darlings have supported each other publicly, but the electability debate has been a source of tension between their camps, just below the surface.

“It is true that folks are going to have spikes of support that go away,” Weaver said without naming Warren. “This is exactly how large multi-candidate primaries work.”

The Sanders campaign shared updated fundraising numbers showing that he has attracted support from 850,000 individual donors who made a combined 2.5 million donations as of Monday. That’s more than double the number of donors Warren claimed at the end of last month.

Weaver also noted that each candidate draws his or her support from a different set of voters. While both are popular with liberals, Sanders has a stronger appeal with working-class voters and minorities, while Warren supporters tend to be whiter and more educated.

The difference in support can be explained by the candidates’ differing styles more than the substance of their agenda, which is virtually identical.

In Sanders, liberals have an angry democratic socialist, who makes little effort to charm his audience. He regularly lashes out at the press – just as Trump does – and calls Trump a racist frequently as part of his stump speech.

Warren is decidedly more upbeat and energetic. She literally jogged to the front of an event this week in the New Hampshire mountains with a smile on her face and took time in the middle of her remarks to pet a dog. She devoted much of her stump speech to sharing her personal story and shied away from any personal criticism of the president.

But several liberal voters – many of them women – raised concerns about Warren’s gender, citing Clinton’s failed bid to become the nation’s first female president in 2016.

“I hate to even say it, but for me it’s really about who can beat the guy in office,” said Samantha Canton, who attended a Sanders rally in Littleton, New Hampshire. “As a woman, I don’t know if Warren can do it.”

Still, Warren’s team suggests she’s gaining momentum as a simple byproduct of being exposed to more voters – people like Iowa residents Wayne and Mary Miner, former Republicans who saw Warren for the first time last week and walked away converted.

“The only reason I wouldn’t (vote for her) at this point would be if I became convinced that someone else was more electable – had a better chance of beating Donald Trump,” Wayne Miner said. “It’s a tough question.”