A GRIP ON SPORTS • About 6:30 last night, I began to wonder if 2019 had just been a mirage. If it was actually still 2018. Then I realized, no, this is a new season of college football – even if UCLA looked exactly the same against Cincinnati, down to the final result.

• You know how I realized it was actually a different game than last year’s? I heard crowd noise wafting out of my TV. Just kidding. It can get loud in the Rose Bowl. Just not for Bruin games. 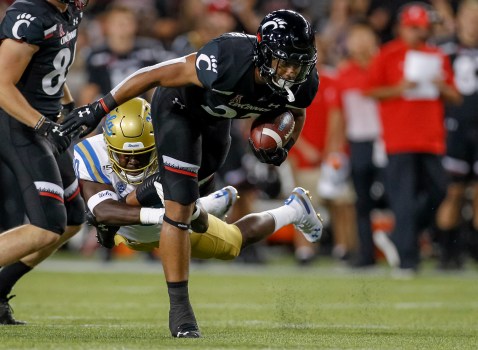 But the game itself seemed like a rerun. Cincinnati, a member of the American Athletic Conference or something, looked more like the Power 5 school. Oh sure, it didn’t help that UCLA was missing its best offensive player, running back Joshua Kelley. Big deal. Unless Chip Kelly has a quarterback who can make good decisions running his offense, it’s not going to work. And he doesn’t yet. No wonder Coeur d’Alene High graduate Colson Yankoff decided to transfer in. The Bruins could have used him last night. Sophomore Dorian Thompson-Robinson seemed perplexed all night.

And everyone could have used not having to see so many 50-50 calls go the wrong way, including a late fumble return for a UCLA touchdown that was called back because, surprise, the Pac-12 officials working the game had a quick whistle. Supposedly the video review was inconclusive, but it sure didn’t seem that way on our TV.

No matter, even if the call had been overturned, UCLA would have made some mistake costing it a chance to score. The Bruins did enough of that in the 24-14 loss. 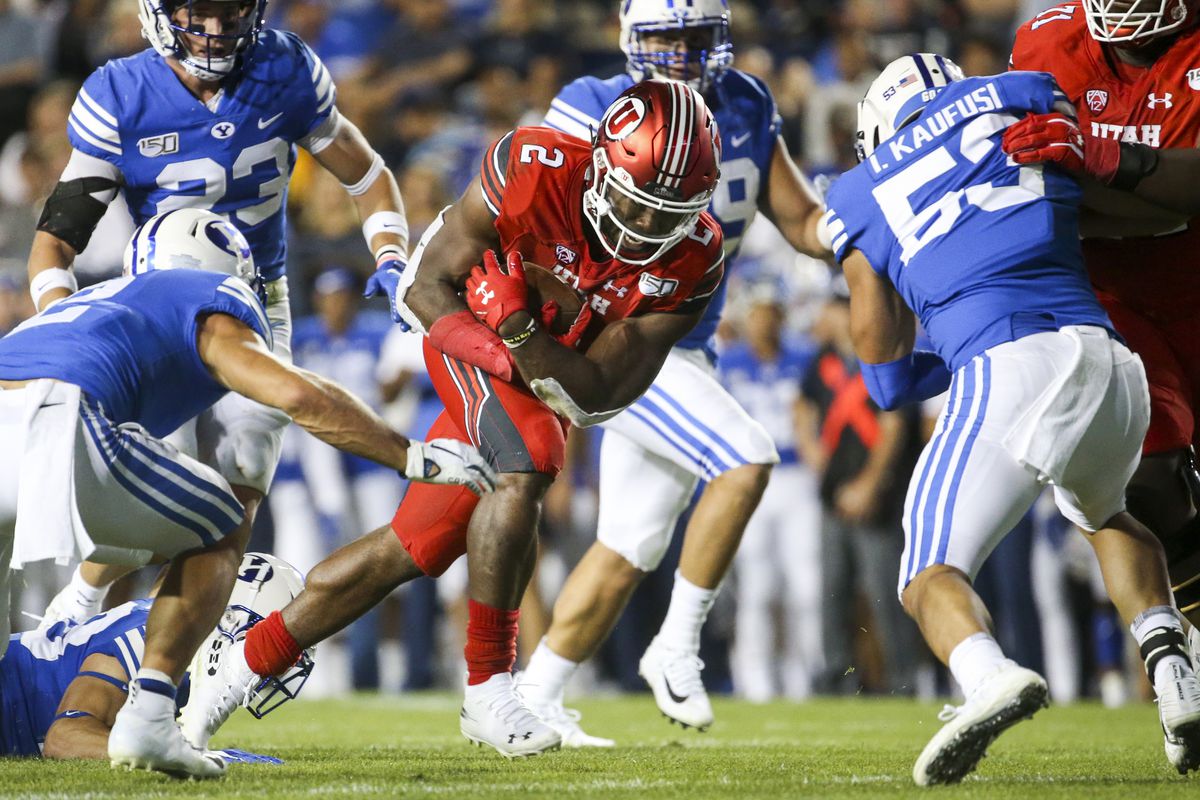 We then went from one déjà vu game to another. You think the Apple Cup has gotten out of hand? Try the Holy War. Utah, seemingly on its 37th offensive coordinator of the Kyle Whittingham era – it’s gotten so bad, Whittingham ran out of new assistant coaches to try, so he brought back someone, Andy Ludwig, who has done the job before – finally figured out in the second half it is a running team and rolled over host BYU.

For the ninth consecutive time against Utah, the Cougars – no, not the ones from Pullman, but we’ll see how they do against the Utes soon – didn’t have a chance.

The 30-12 win did nothing to hurt Utah’s chances of playing in the four-team tournament at the end of the year, which is a good thing. And Arizona State’s 30-7 win over visiting Kent State did nothing to derail the Sun Devils’ culture change under second-year coach Herm Edwards.

When ASU hired Edwards last year, there was some snickering. Not anymore. The Sun Devils were 7-6 and went to a bowl. They lost a senior quarterback, started a true freshman last night and did what they are supposed to do, dominate a team with fewer resources and fewer top recruits. That doesn’t always happen.

You know what does? Wasting a Thursday night in front of the TV in late August just because college football is back. It seems like we do it every year.

• Hey, just in case you missed it yesterday, here is our football tab that ran in Thursday’s paper.

I joined Theo Lawson, Ryan Collingwood and Larry Weir for a Press Box pod earlier this week. It posted yesterday morning. And Larry also talked with sports editor Ralph Walter about the section.

WSU: Hope you have some time this morning. Or can carve out an hour or so tomorrow before the Cougar game. You’ll need it because Theo has everything you would every want to know about Anthony Gordon, the Cougs’ new quarterback. … We have a story for The Athletic on Gordon as well, and how Washington State has been able to reload more than rebuild in the most recent years of the Mike Leach era. … We can also pass along this piece on former WSU assistant (and Leach quarterback) Graham Harrell, who is working at USC. … The Los Angeles Times has a story on the Hillinski family, now in South Carolina. … Elsewhere in the Pac-12, we have some news on the Larry Scott front. John Canzano reports on a speech Scott gave in Portland – the theme: “Hey, it’s not my fault” – and Jon Wilner checked in with experts about a Scott idea to sell some equity in the Pac-12 Networks – the bottom line: don’t do it, so it probably will happen. … There is also an update on the California law allowing players to cash in on their likeness. … As we said above, there were three teams in action last night. The links for the UCLA, Utah and Arizona State games are contained there. … What does the "next level" look like for Washington's football team? … Washington, and its new quarterback, doesn’t want the past to repeat itself against EWU. … Oregon is carrying the Pac-12 banner this Saturday when it faces Auburn. And, speaking of quarterbacks who stayed in school, Justin Herbert is at the top of the list. … Can Oregon State win five games? The opener will be tough. … Colorado opens its season with Colorado State tonight in Denver. This rivalry is ebbing away. … Arizona needs to be able to run the ball if it wants to win.

Gonzaga: The GU women will face a tough nonconference schedule, including a game at Stanford. Jim Allen has more in this story. … There will be a new-look roster for the Zag men, that's for sure. EWU: If it weren’t for assistant coaches with Eastern Washington University ties, Washington might not be as successful as it has been recently. Ryan takes a look at the trio in this story. … Around the Big Sky, Northern Colorado played the first of two consecutive money games, losing at San Jose State 35-18. The Bears are in Pullman next week. … Northern Arizona opened the Chris Ball era with a 37-23 win over visiting Missouri State. … Montana State has a punter who is a threat. … Montana faces a quarterback this week that is a dual threat. … Southern Utah’s offense is looking better. … UC Davis opens at California.

Volleyball: Because Jim Meehan’s preseason primer includes every college in the area, we are putting the link in a section labeled by sport, not school. Hey, we’re nothing if not flexible (mentally, not physically).

Indians: It’s been an OK summer for Blaine Crim. The Spokane infielder was named MVP of the Northwest League yesterday and then delivered a walk-off single to give the Indians a 2-1 win over Everett. Dave Nichols has the story. … Around the Northwest League, Hillsboro won again as it prepares for the postseason.

Seahawks: The team wearing Seahawks uniforms defeated the team wearing Raiders’ ones last night at CenturyLink, 17-15. But the guys you think of when thinking of both teams did not play in the final exhibition. … Injuries may hurt a player or two's chances of making the team – and help others.

Mariners: Lose three at home to the Yankees, go on the road and defeat the Rangers. It’s the competition, folks. The M’s 5-3 win included another Felix Hernandez start and a ninth-inning rally. … Gene Warnick has an Out of Right Field recap. … One new reliever seems to be catching on.

Sounders: Seattle has used its money oddly this season, at least to some fans. … Victor Rodriguez is almost ready to return from injury.

• Had my annual physical yesterday. Things were OK. You may have to put up with me a little longer. Until later …