Corey Kispert scored 17 points to lead seven Bulldogs in double-figures and No. 9 Gonzaga defeated Texas Southern 101-62 in a nonconference game at McCarthey Athletic Center in Spokane on Wednesday.

Gonzaga guard Joel Ayayi, making his first start of the season, had 16 points and a team-high nine rebounds. Forwards Killian Tillie, Filip Petrusev and Drew Timme each scored 12. Point guard Ryan Woolridge had 11 points and five assists, and Admon Gilder, who Ayayi replaced in the starting five, had 10 points.

The Bulldogs scored their first bucket of the game on a layup from Ayayi in transition and tried the rest of the night to get out on the fast break. Gonzaga scored 29 fast-break points, compared to 13 for Texas Southern.

When the transition game wasn’t there, Gonzaga worked the ball inside. The Bulldogs powered to 68 points in the paint while holding the Tigers to 32.

Gonzaga freshman reserves Martynas Arlauskas and Pavel Zakharov logged solid minutes at the end of the game for the Zags.

Arlauskas, a 6-foot-6 forward from Lithuania, played 11 minutes and scored five points on 2-of-5 shooting. Zakharov, a 6-11 forward from Russia, scored six points and grabbed five rebounds in eight minutes.

Ayayi delivered 16 points, nine rebounds and five assists and six other Zags reached double figures as the No. 9 Gonzaga crushed Texas Southern 101-62 Wednesday in front of 6,000 at the McCarthey Athletic Center | Read more »

TV Take: Joel Ayayi gets his share of air time in Gonzaga’s thumping of Texas Southern

It’s just a guess, but more than likely the weather was better in the Bahamas, where Gonzaga spent its Thanksgiving weekend, than it was Wednesday night in Spokane. | Read more »

Gonzaga-Texas Southern: 3 keys to the Bulldogs’ 101-62 victory over the Tigers 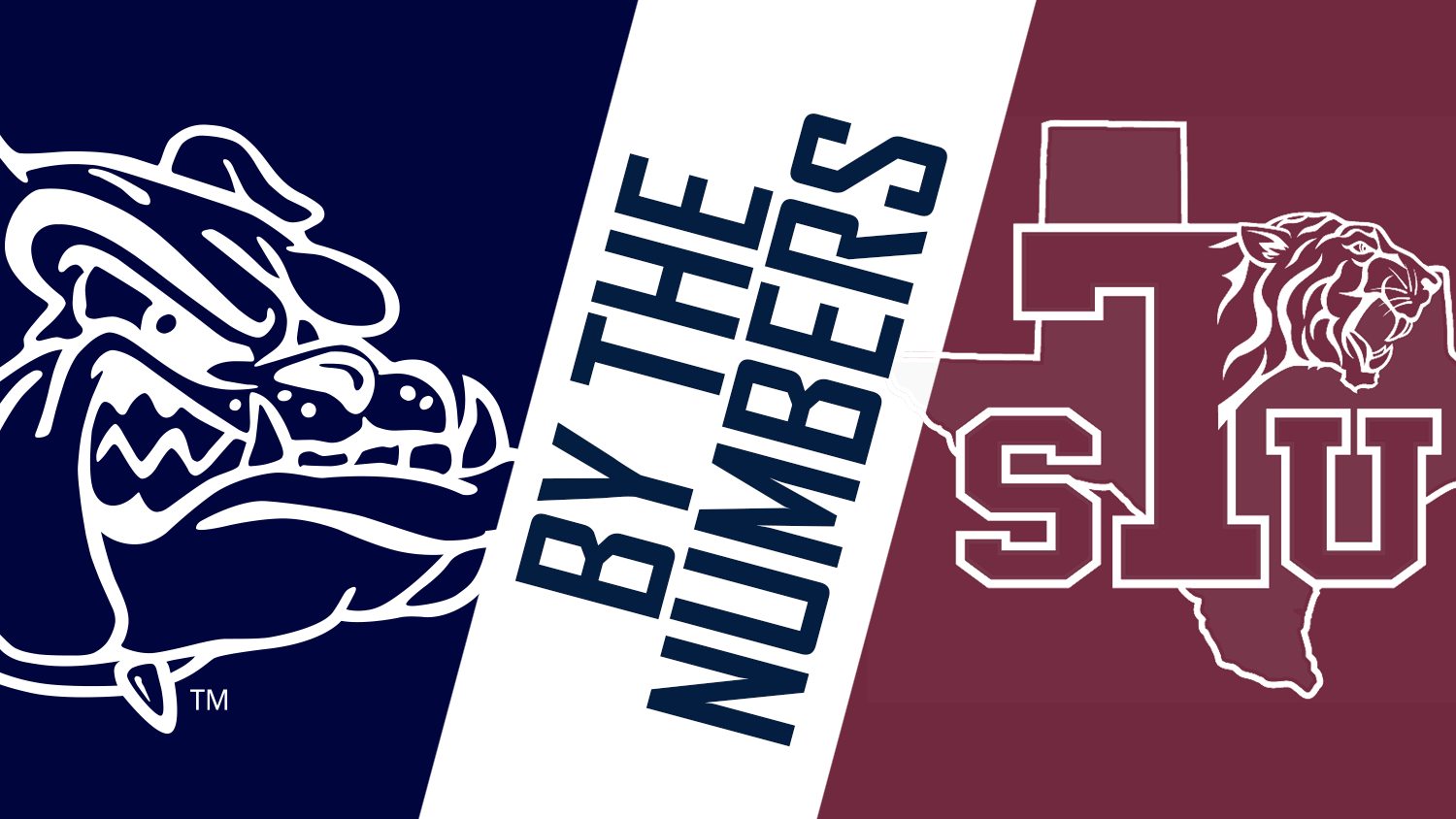 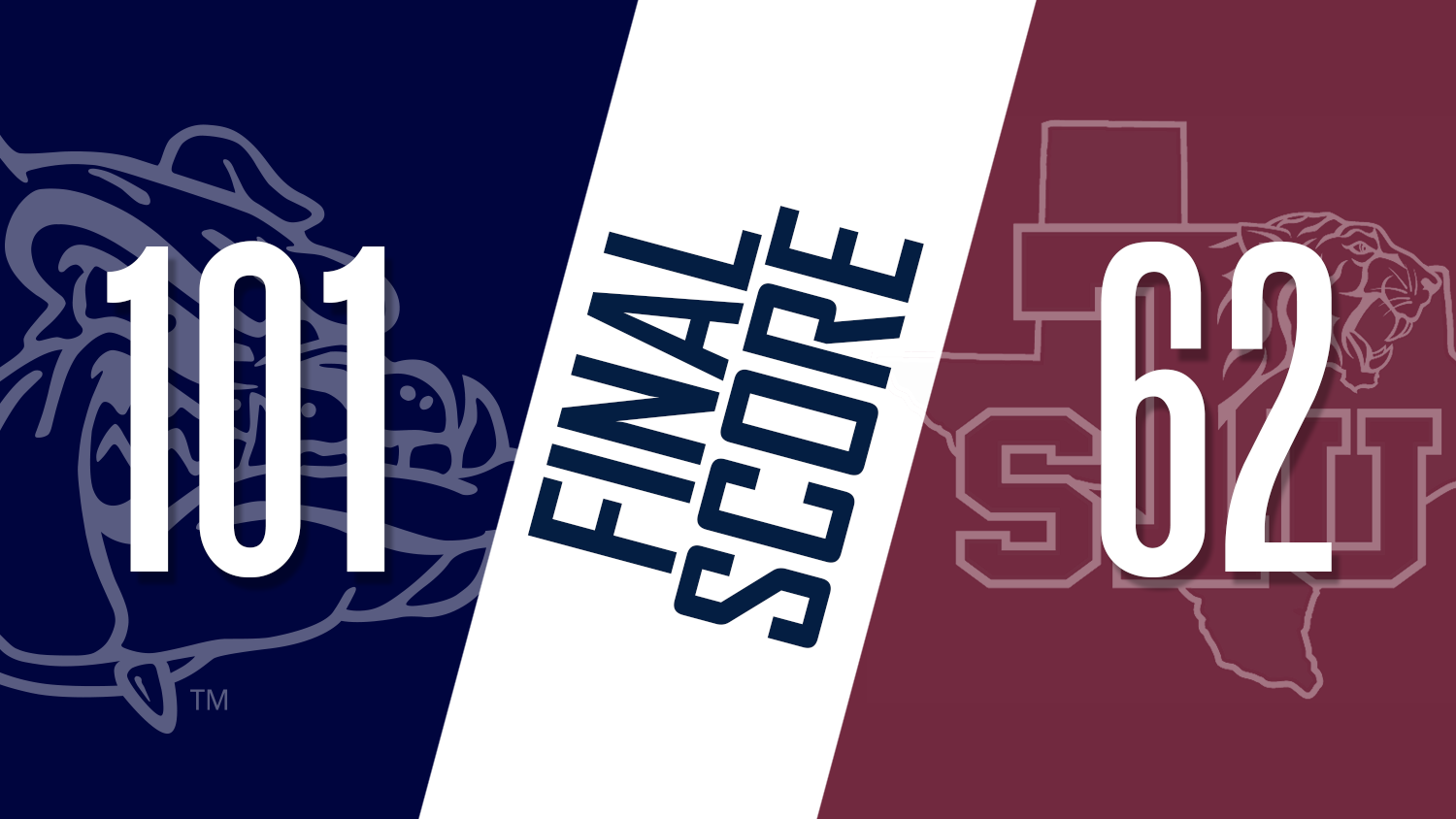 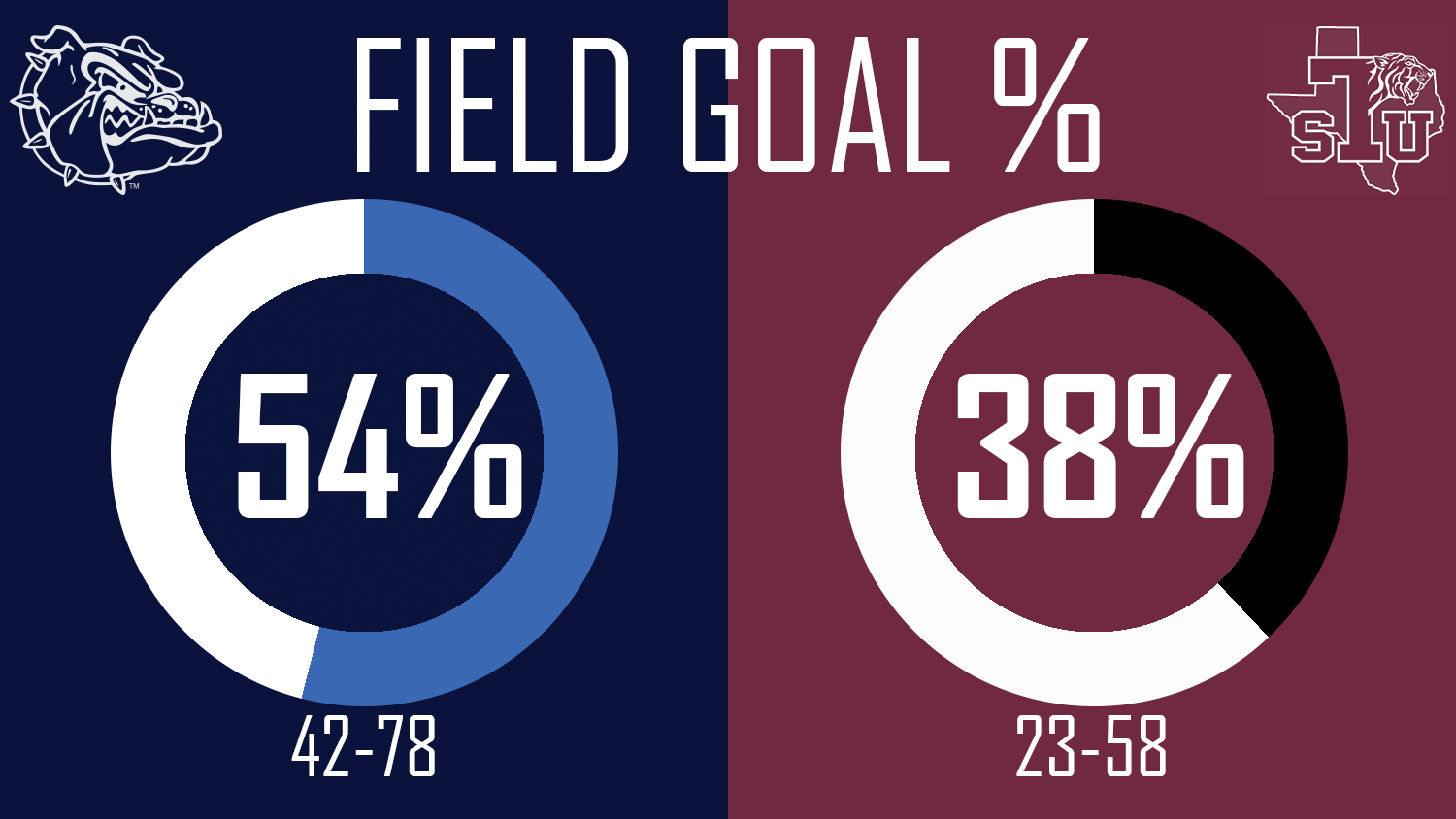 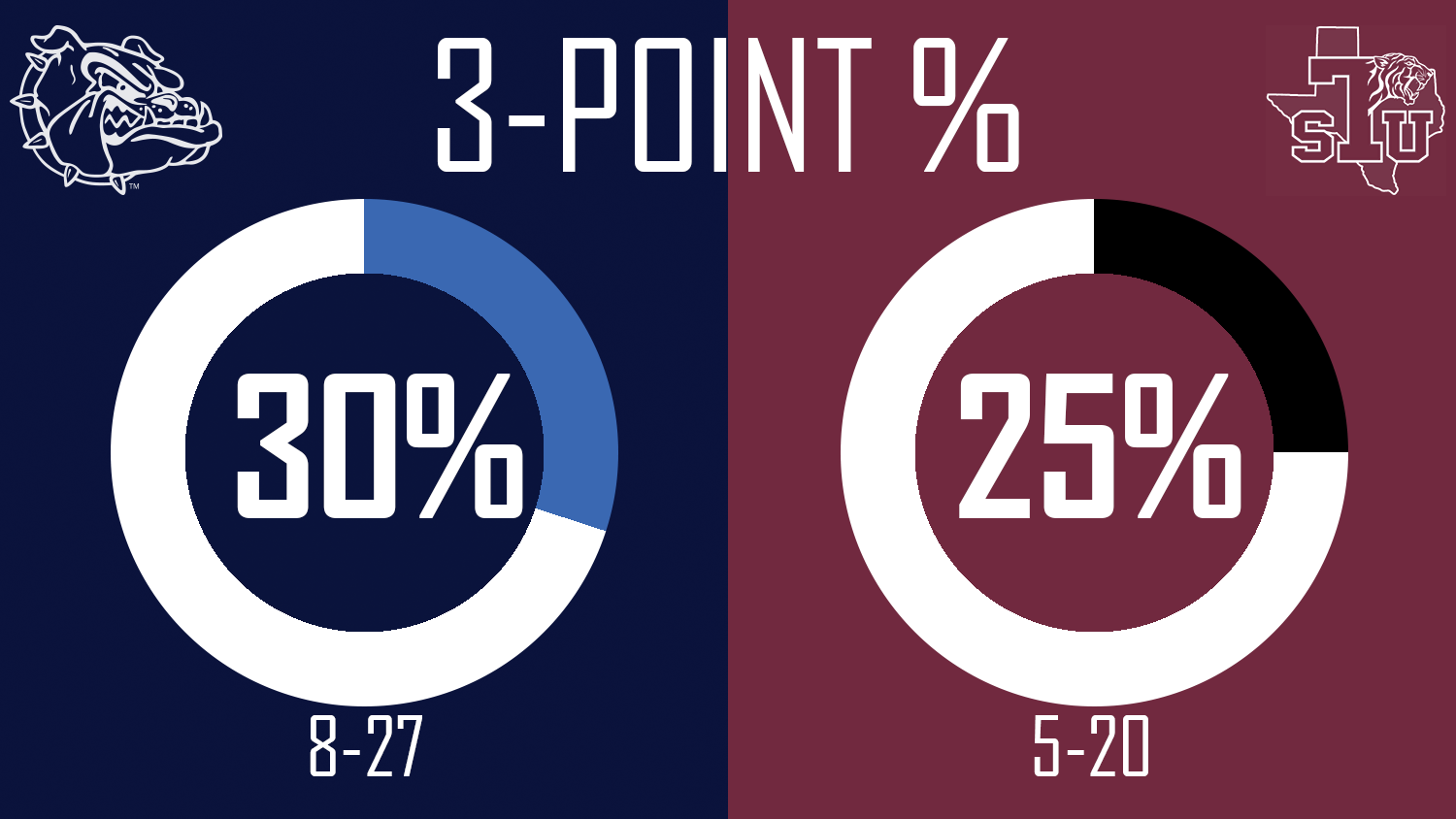 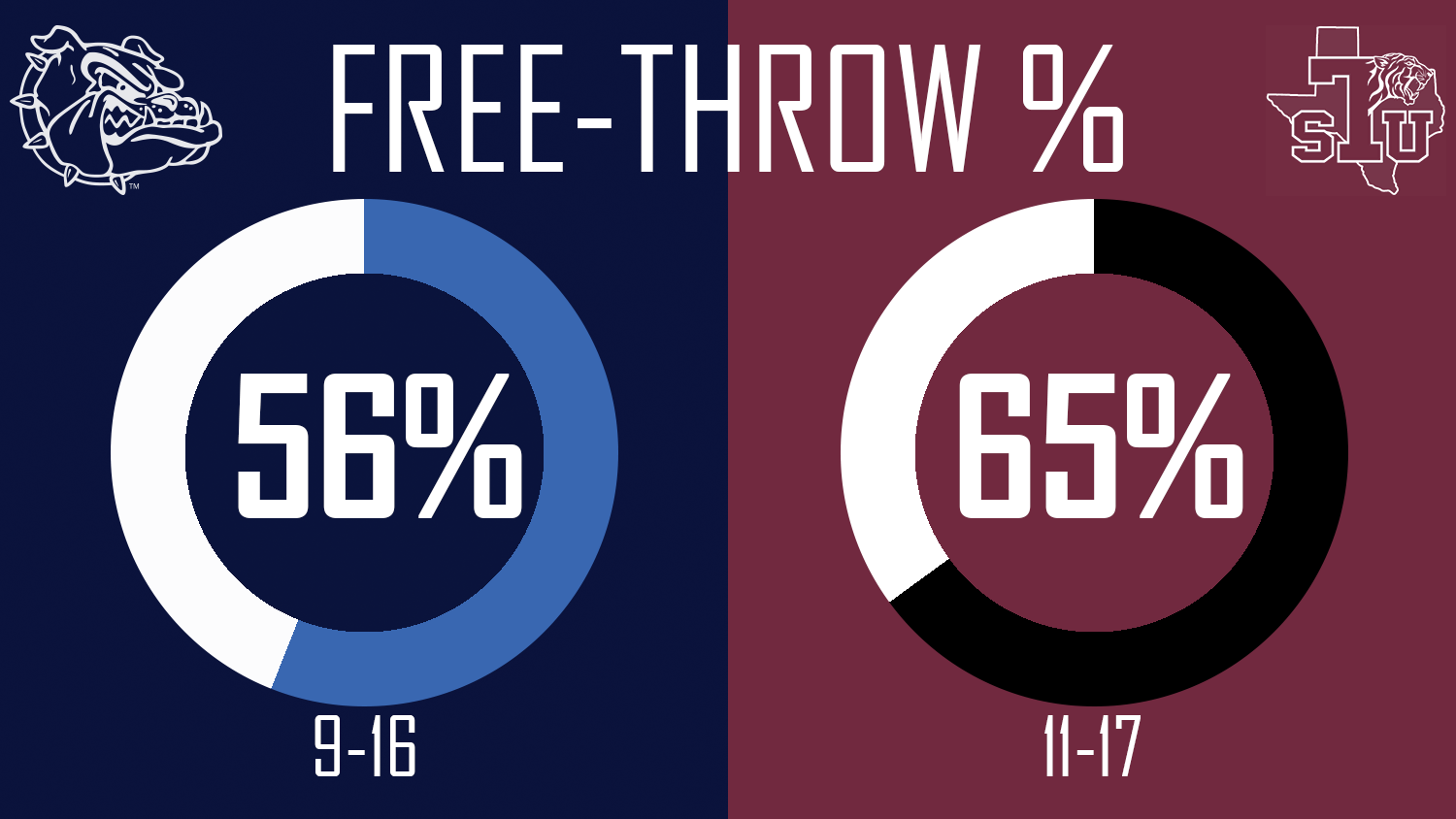 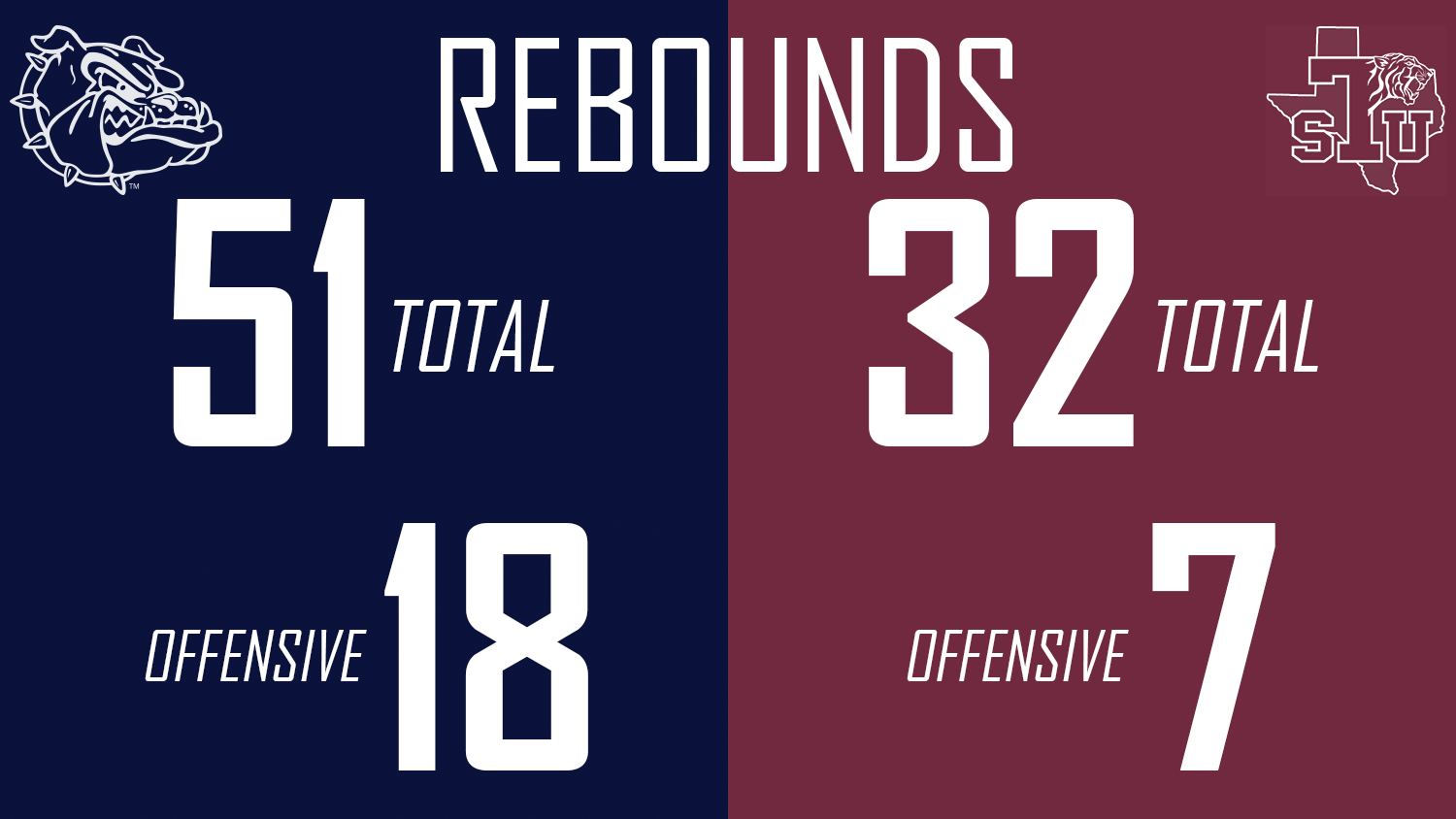 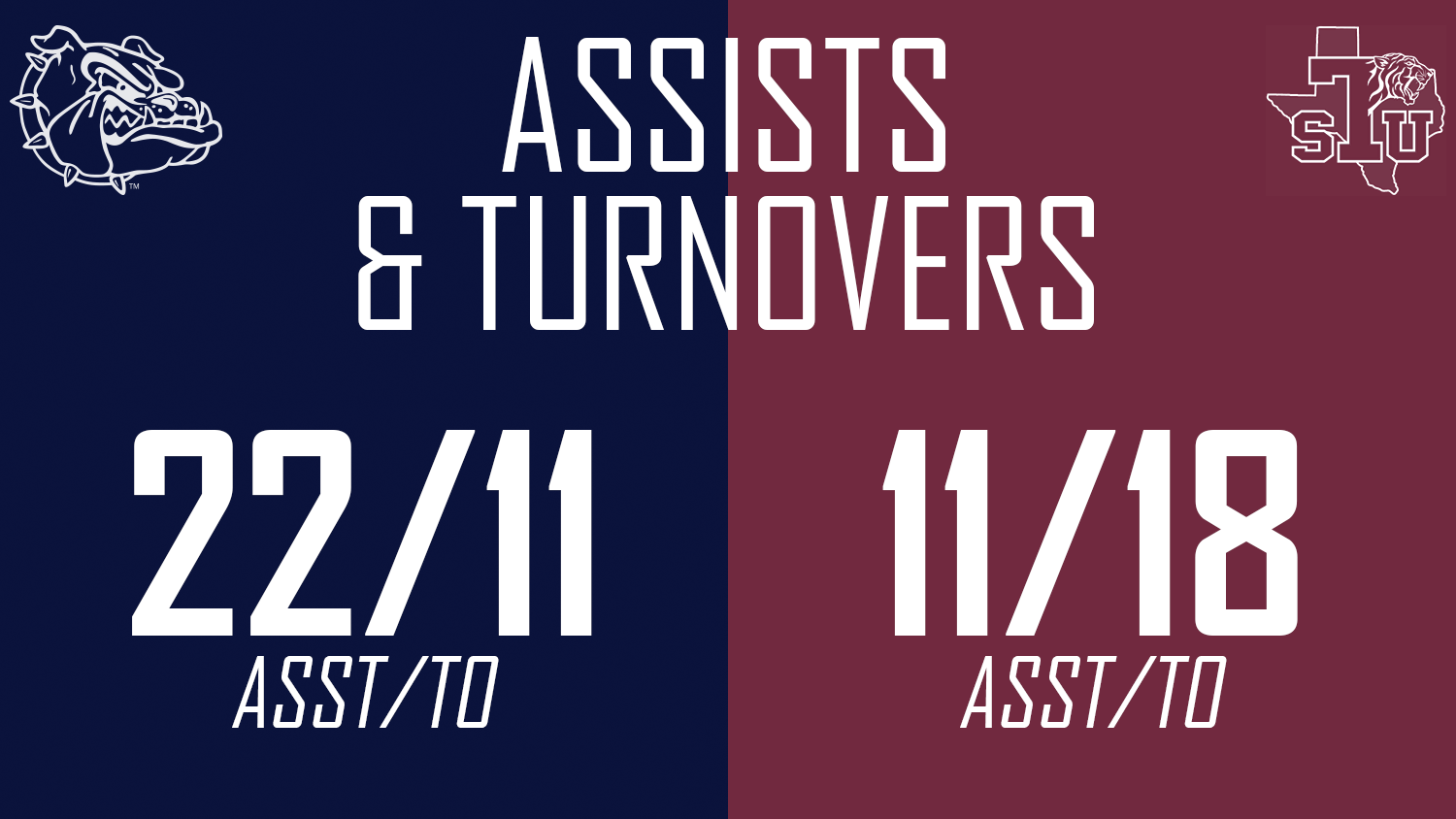 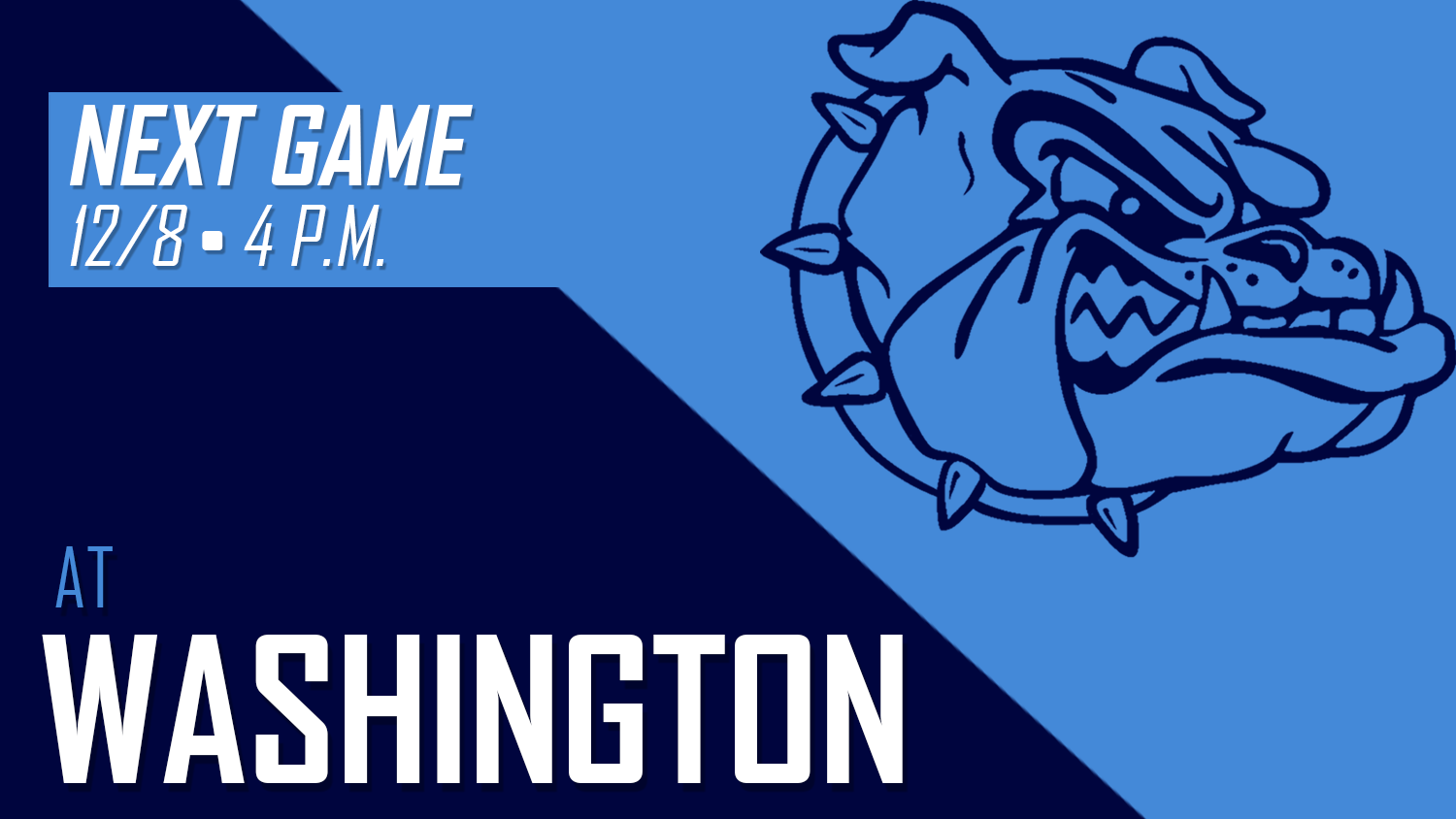 15:54 – Gonzaga 13, TSU 6: Gonzaga guard Joel Ayayi gets his first start of the season and scores the first points of the game on a fast-break layup less than a minute in.

When they couldn’t get out in transition, the Zags focused on getting the ball inside to Filip Petrusev in the opening four minutes against the Tigers, and GU’s leading scorer came through with seven points on 3-of-3 shooting.

Gonzaga is having success getting the ball inside and is shooting 75% (12 of 16) from the field. The Zags have scored 24 of their 25 points in the paint.

Filip Petrusev continues to lead the Zags with nine points and four rebounds. Killian Tillie, the only Bulldog with a made 3, has seven points.

Filip Petrusev and Ryan Woolridge each have nine points to lead the Zags. Petrusev also has four rebounds.

Joel Ayayi has seven points and five assists. Drew Timme has six points off the bench.

Filip Petrusev leads a balanced Gonzaga with 11 points and the Bulldogs lead the Tigers by 23 at the break.

All seven GU players have scored between five and 11 points.

Joel Ayayi, getting his first start of the season, has nine points and five assists. Backcourt-mate Ryan Woolridge also has scored nine points.

The Bulldogs have had success against the Tigers in transition and, when the break doesn’t work, getting the ball inside. GU lead TSU 17-2 in fast-break points and has outscored the Tigers 38-22 in the paint. The Zags have also outrebounded Texas Southern, 25-18.

One spot for improvement for the Bulldogs in the second half: Gonzaga is just 3 of 9 from 3-point range.

Joel Ayayi is up to 13 points to lead Gonzaga.

Joel Ayayi leads the way with 13 points. Corey Kispert, Filip Petrusev and Killian Tillie each have 12 and Ryan Woolridge has 11.

The Zags continue to punish the Tigers in transition, leading 25-4 in fast-break points.

7:47 – Gonzaga 82, TSU 46: Drew Timme makes it six Zags in double-figues as the Gonzaga reserve reaches 10 points with a steal and dunk.

Corey Kispert leads GU with 17 points. Joel Ayayi has 13, Filip Petrusev and Killian Tillie each have 12 and Ryan Woolridge has 11.

With the starters out, rarley used reserves Paval Zakharov and Martynas Arlauskas have scored for Gonzaga.

Admon Gilder made it seven Bulldogs in double-figures when he hit a step-back 3.

Seven Zags in double-figures after this three from @hph_lilmon pic.twitter.com/bopHkzmhIt

Anton Watson (ankle) on the bench, no boot, while teammates are warming up pic.twitter.com/AmN1RK0m8s