Sometimes you take what the defense gives you. Other times you dictate the action yourself.

CJ Elleby is still developing a feel for what a particular moment demands on the basketball court, but Washington State’s 19-year-old sophomore picked the right time to make his presence known in a 63-54 victory over New Mexico State in a men’s basketball game Saturday at the Arena.

Elleby fired in a game-high 20 points after a slow start, and WSU (5-4) collected a nonconference win against the Aggies (5-5) in its annual trip to Spokane.

“I have to remind myself he’s 19 years old,” Cougars head coach Kyle Smith said. “He’s a captain, he’s a leader, but he just turned 19 this summer.”

Averaging a tick above 20 points a game, Elleby scored the Cougars’ first nine points of the second half, helping extend their lead to 39-25 with 15 1/2 minutes left to play. His scoring versatility was on display during that stretch, as he blew past defenders for two layups, knocked down a couple of free throws and added a 3-pointer.

“I knew I had to be a little more aggressive,” Elleby said.

NMSU answered Elleby’s outburst with an 11-0 blitz that trimmed WSU’s lead to 39-36 with 13 minutes remaining. Tony Miller’s two free throws for the Cougars ended the run, but Jabari Rice’s three-point play pulled the Aggies within 41-39 with 11:27 left.

NMSU’s offense sputtered after that, though, and WSU scored 12 of the next 14 points, building a lead it didn’t surrender. The Aggies got no closer than four points (53-49) the rest of the way.

“This was by far our best effort,” Smith said, “and our best win.”

Elleby was held scoreless with one shot attempt in the first 7 minutes – Aljaz Kunc’s two 3-pointers sparked the Cougs to an early 8-2 lead – but he was much more involved when he returned to the floor at the 10:13 mark.

He picked off a pass in the post and immediately located Noah Williams racing down the court for a transition bucket. Elleby shook free of a defender on WSU’s next possession, and his 3-pointer gave the Cougs a 17-14 lead with 8:12 left in the half.

Miller converted a putback and a 3-pointer on consecutive trips down the floor to push WSU’s lead to 22-14, capping an 11-0 spurt. Marvin Cannon and Jaylen Shead each knocked down 3-pointers before halftime to send the Cougars into the break with a 30-21 advantage.

WSU entered the game leading the country in fewest turnovers with nine per game and finished with 13 against NMSU. A plus-4 margin in that category helped offset the Cougars’ struggles shooting from the field (17 for 48, 35%).

Jeff Pollard secured a career-best 10 rebounds, and the 6-foot-9 senior chipped in with nine points for WSU. 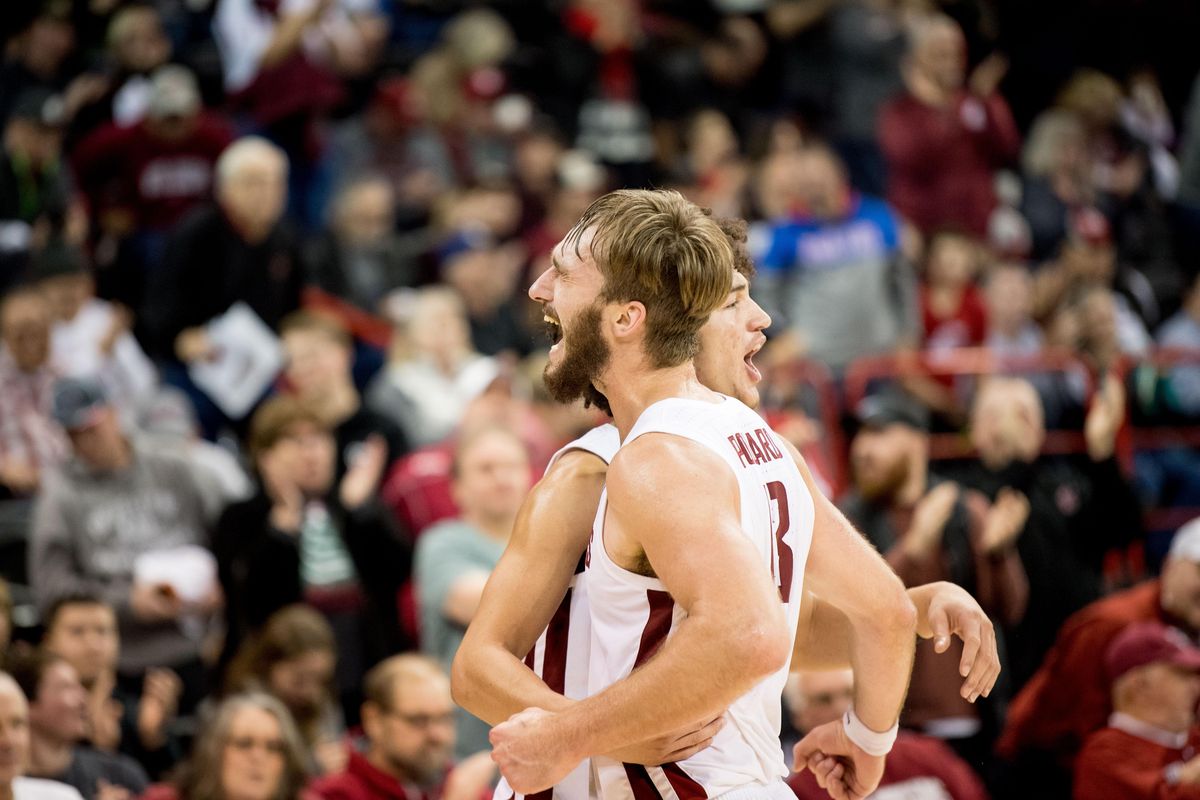 “Jeff is vanilla,” Smith said. “He’s great, and he does everything well. He’s so dependable and fundamentally sound. He hits all the clichés.”

The Aggies were unable to get their top player, Trevelin Queen, into rhythm. Averaging 15 points a game, Queen was limited to four points before halftime, and he finished the game with 14 points on 6-for-19 shooting.

The Cougars return to Beasley Coliseum on Dec. 15 when they face UC Riverside at 1:30 p.m.