• We caught up with the Mandalorian last night, thanks to the early ineptitude of Seattle’s professional football team. 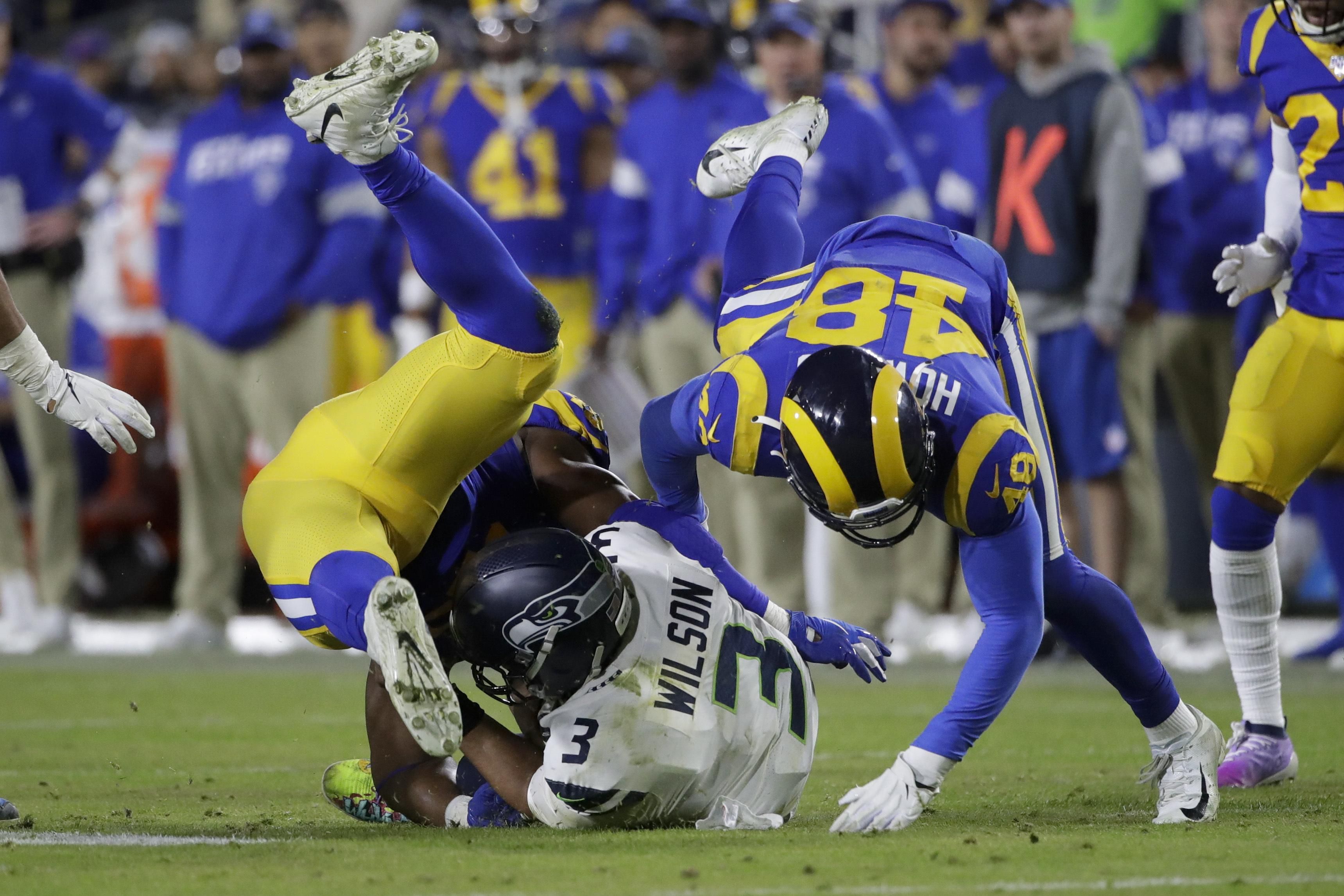 After doing our work covering the TV broadcast of GU’s victory at Washington, we were ready to sit down to watch the Hawks battle the L.A. Rams. Except the battle was already over. That was painfully obvious, what with a 14-3 score when we clicked over and about 30 seconds of watching the Seattle offensive line play ticket takers to the Rams’ pass rushers.

This wasn’t going to happen, was it?

• One more thought on the Hawks. Yes, a golden opportunity was slow-motioned away in the Coliseum, but they still have a shot at winning the NFC West. Just win out and the title (and probably the bye) is theirs. But home field throughout the playoffs will need some help, as New Orleans will have to lose to either the Colts at home or at the Titans or Panthers. Not much chance of that.

And it would help if the Packers lost one of their final three games as well. The best shot is in two weeks at Minnesota on Monday night, but who knows.

• There is little doubt Bill Walton is entertaining. He’s well-read, well-traveled and well-liked, leading to stories no one else would even think of telling. He’s also smart, funny and, seemingly, kind.

Ask him about the intricacies of Gonzaga’s motion offense and I’m sure he could break it down to its component parts, relating each to some coach or situation in the game’s history. It would be a basketball 301 lesson, I’m sure, educational and eye-opening.

And it’s what I wish he would do more often. Instead, he gives the viewer a something akin to a James Joyce novel, one with a loose plot built around the contest but mainly focused on shiny baubles only he can see.

In small doses, that’s fine. Ten, 15 years ago, that’s what we got. Now though, it’s about all that comes across. That seems to be a waste of an opportunity.

He loves the game. We, the viewers, love the game. He could open our eyes to even more of the subtle beauty of it. Instead, we are given a list of books we should read and places we should go, the latter none of which most of us can afford.

• The Zags are entertaining as well, especially against a zone like UW plays. Walton pointed out how well GU passed last night and it’s true. But what was really interesting were the cuts the Zags made against the Huskies’ zone. At times they had two players at the short corners. Other times there were was a wing flashing to the middle. There was always movement.

But the key at all times, as Walton rightfully pointed out, was Killian Tillie. Either he was out front, seeing over the Washington zone or he was hunting the open spot on the baseline or key. He was a true point forward in the Larry Bird mode, directing the offense from an angle – above – most point guards can’t access.

It worked to perfection.

• Ask Mike Leach his idea of a perfect offense and you might be surprised at his answer.

Leach believes the best offense is about sharing the ball equally among your skill players. And no system has done that better, probably, than the wishbone.

“If I didn’t throw the ball, I’d run the option,” Leach told reporters yesterday, “and why I admire the option is I always felt like our brand of football really kind of started with the wishbone, because what the wishbone always did such a good job of is distribution. All the skill positions touch the ball and it’s pretty good at stretching the field from side to side.”

Air Force doesn’t run the old school, Oklahoma wishbone of the 1970s, but it does run a triple option based on the same principles, which makes the Cougars’ bowl matchup in Phoenix really interesting.

Maybe not as interesting as Chris Petersen ending his Washington career against his old school, Boise State, in Las Vegas, but interesting nonetheless.

WSU: The Cheez-It Bowl matchup was announced yesterday. It probably ticked off more than a few Cougar fans, who were hoping Utah would move into the New Year’s Six and open a Las Vegas landing spot for Washington State. Alas, no. Theo Lawson has the story on the Dec. 27 bowl game. … Peter Harriman was in Beasley yesterday and he covered the Gonzaga women’s basketball win over the host Cougars. … Elsewhere in the Pac-12, the fact Utah was left out of the New Year’s Six bowls just shows how idiotic the conference title games are. … Oregon is headed back to the Rose Bowl to face Wisconsin, which is a nice consolation prize. The Ducks may lose one of their former WSU assistants. Wait, now reports are Cal Poly will hire former EWU head coach and current California assistant, Beau Baldwin. … California will face Illinois in almost a home bowl game. … Utah matches up with Texas in the Alamo Bowl on New Year’s Eve. The Utes need to bounce back. … USC is headed to the Holiday Bowl to face Iowa. … Arizona State has Florida State in the Sun Bowl. … In basketball news, UCLA handled Denver with ease. … Arizona has to work on its offense. … In soccer news, Stanford won the women’s title by stopping North Carolina on penalty kicks.

Gonzaga: Here’s a hot take. Anton Watson played a key role in the Zags’ win last night. How, you may ask, as he didn’t score a point? But his unexpected nine minutes helped keep Tillie fresh, making it possible for the senior to take over down the stretch. Plus, the Zags made one of their early runs with Watson playing the 3, giving them better matchups with UW’s size. That is all. … Jim Meehan has his game analysis from Hec Ed, as well as the three keys to the victory. … There is also a photo gallery courtesy of the Associated Press. … The guys in the office put together the recap with highlights. … We watched from home and had our TV Take. … There was plenty of coverage from the West Side of the state, what with Washington also ranked in the top 25.

EWU: The Eagles had a successful Sunday doubleheader at Reese Court. The men won 98-82 over North Dakota (Ryan Collingwood has that game coverage) and the women picked up their first win of the season, defeating Northwest Christian.

Seahawks: Not only did the Hawks sleepwalk through a crucial NFC West game, they may have lost Rashaad Penny for the rest of this year and maybe beyond. … The Rams had to win to have any hope of the postseason. And they knew it. … Don’t expect high marks from this one. … Seattle had better get its act together over the final three games or disappointment awaits.

• I always figured age would bring wisdom. That hasn’t seemed to happen. Yet. But what I wasn’t ready for was how often age brings weird, unexplained pains. Woke up this morning with a really sore right wrist. How did that happen? I have no idea. It’s sort of like a second-cousin, once-removed to the bruise on my left arm, the cause of which remains harder to decode than a Christopher Nolan movie plot. Age doesn’t bring wisdom. It brings mystery. Until later …