Kispert got going early and stayed hot all night, shooting 10 of 12 from the field and 5 of 6 from 3-point range.

Kispert made 2 of his first 3 shots as the Bulldogs jumped out in front in the opening minutes. After the Tar Heels took the lead midway through the first half, Kispert connected on a corner 3 to give GU the lead back and then, about three minutes later, he hit a transition 3 to push the Zags’ lead to 11.

The junior from Edmonds, Washington, also had a run of seven points in four minutes as the GU lead grew to 20 in the middle of the second half.

The Bulldogs found success in transition. GU scored 23 points on the fast break compared to 14 for UNC.

The Tar Heels outrebounded GU, 35-30, and pulled down nine offensive rebounds. Gonzaga was only credited with one offensive board.

It was pretty much business as usual for the Zags, who demonstrated why they’re one of the nation’s top offenses and the only team in the country with six players averaging double figures. They shot 59% from the field. They had their usual widespread contributions, with five of the seven players that entered the game reaching double figures. | Read more »

John Blanchette: Win over North Carolina shows how much Gonzaga has grown

Turns out the Gonzaga Bulldogs weren’t looking past North Carolina to Saturday night’s opponent after all. | Read more »

TV Take: Gonzaga impresses ESPN duo of Dave Flemming, Jay Bilas on the court and in the stands

It may have been, as Dave Flemming said more than once, the most anticipated home game in Gonzaga’s history. | Read more »

It was North Carolina head coach Roy Williams’ idea to play a home-and-home series with Gonzaga. He has a history of playing anybody anywhere, and this was one place his Tar Heels had never traveled. | Read more »

Section 118 was bathed in navy, red and white in the Kennel on Wednesday except for a splotch of Carolina Blue in row 18. | Read more »

Tweets of the Game: Fans, media and former players react to Gonzaga’s victory over North Carolina 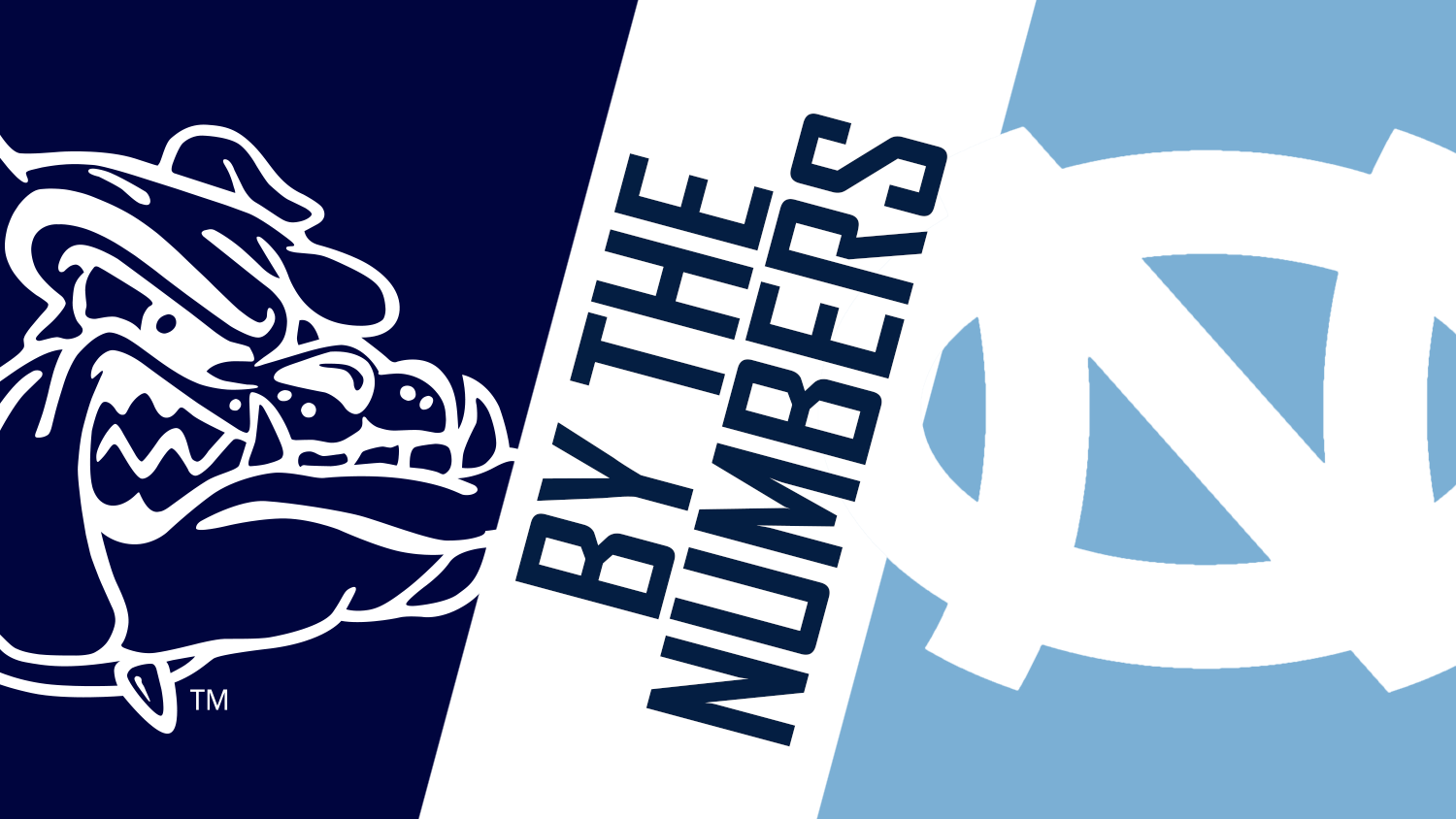 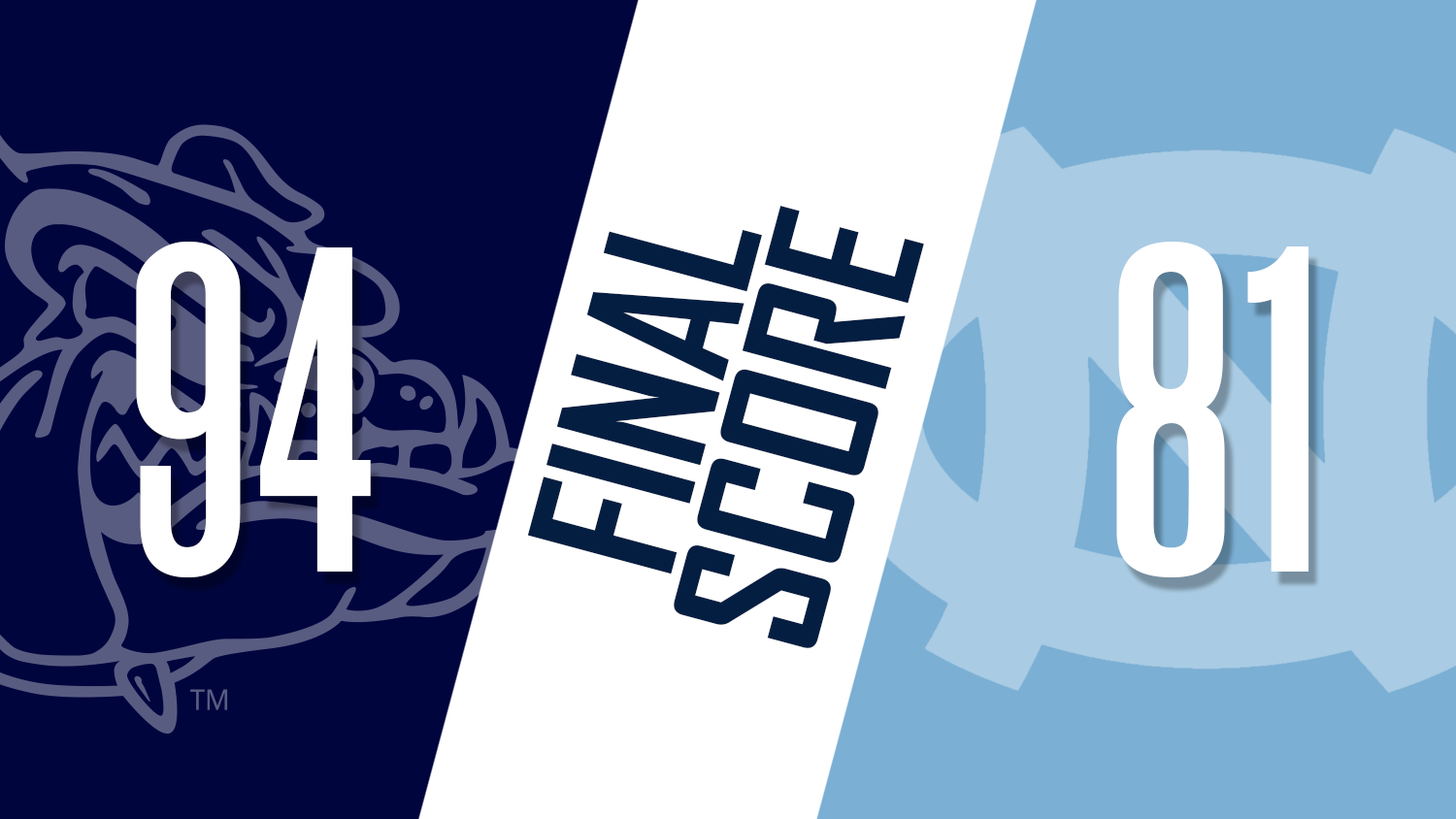 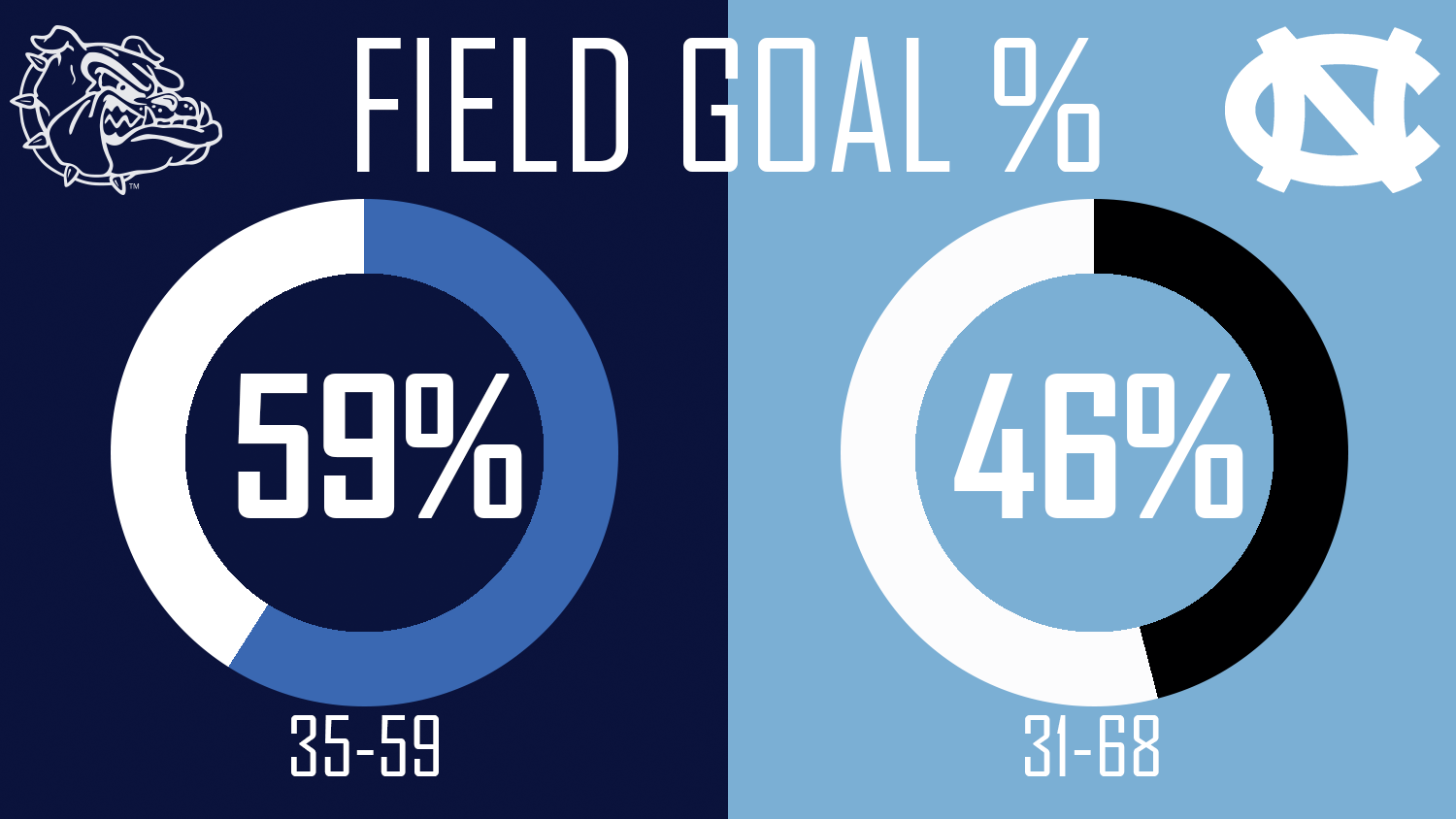 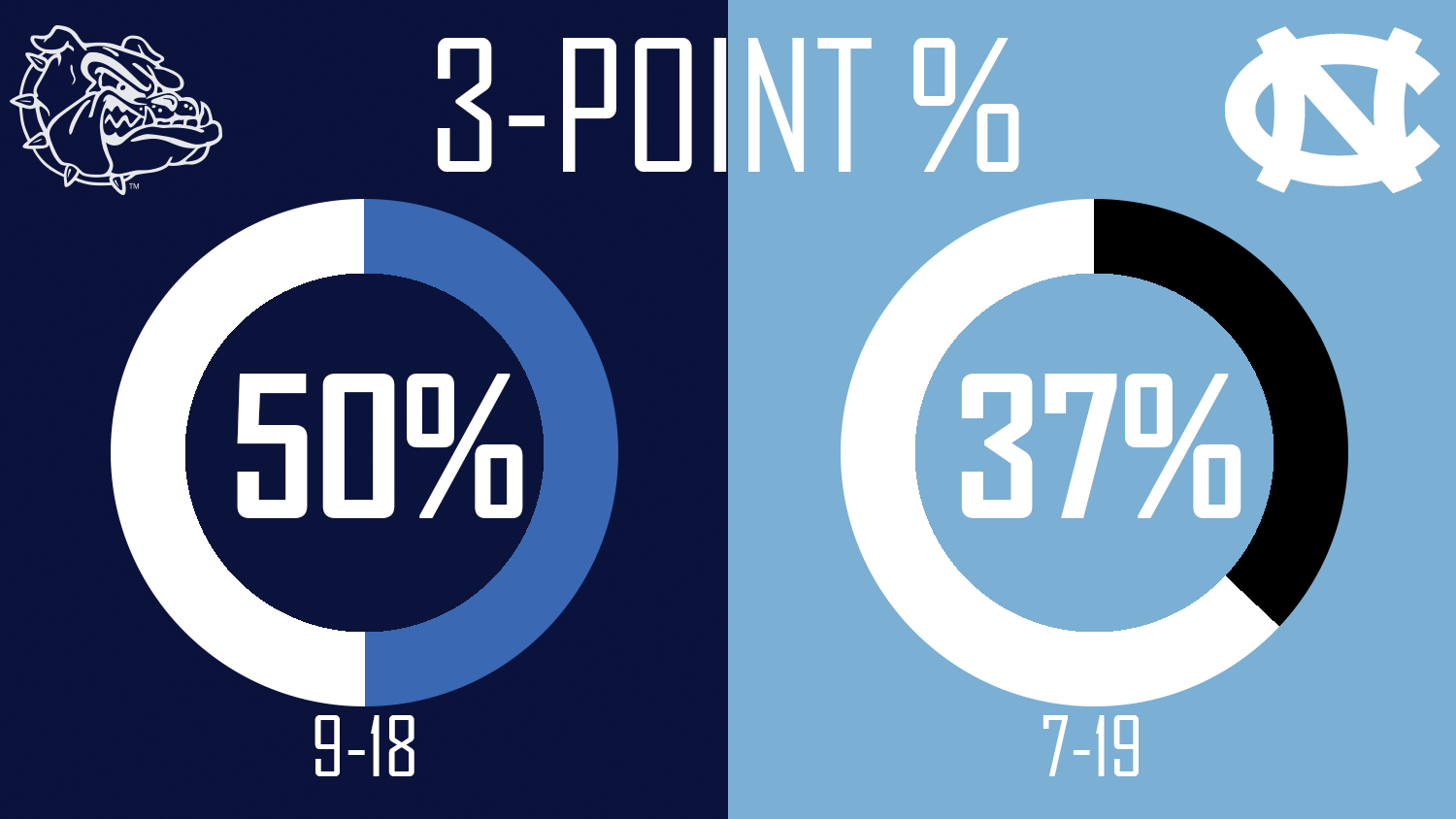 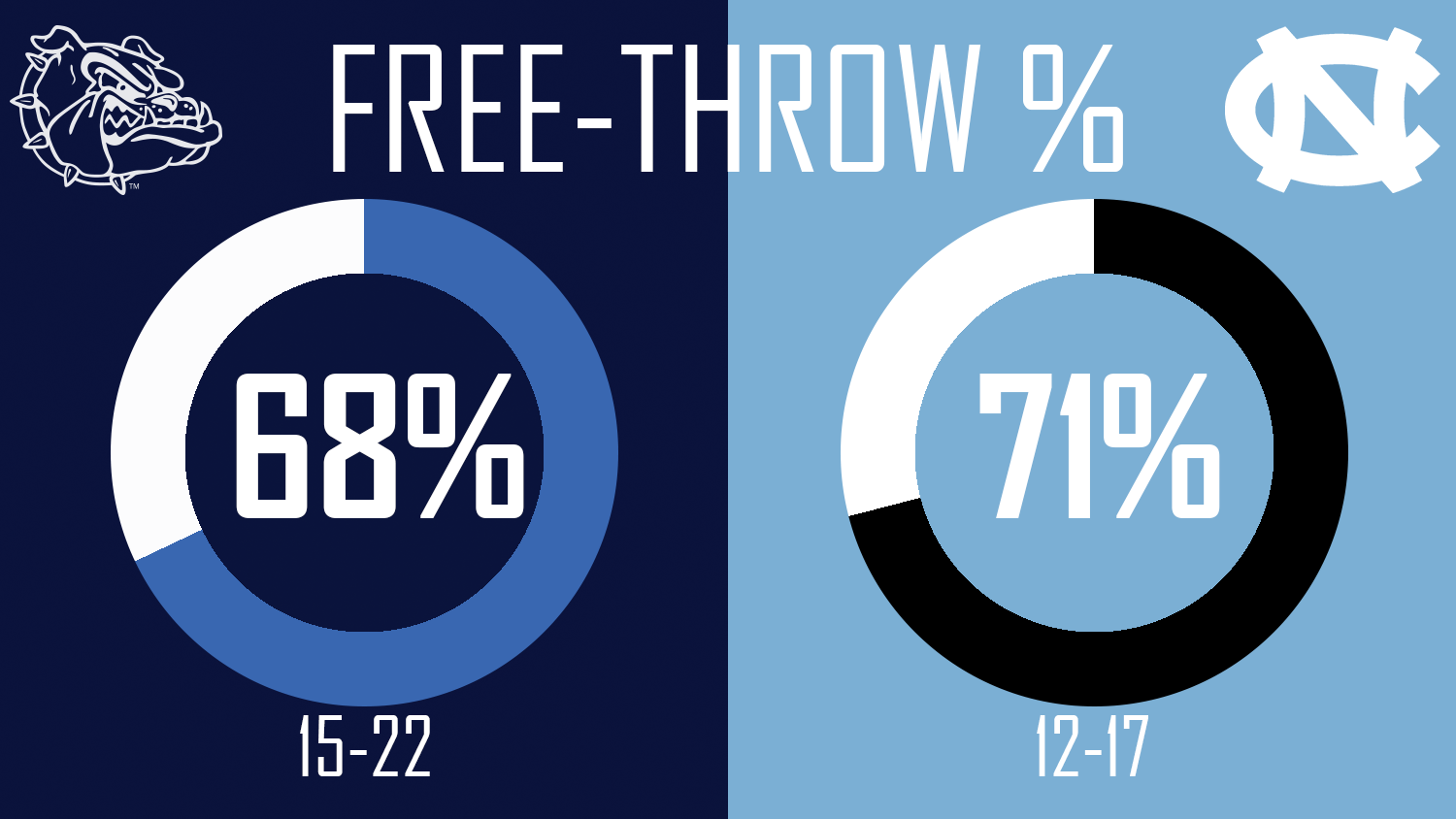 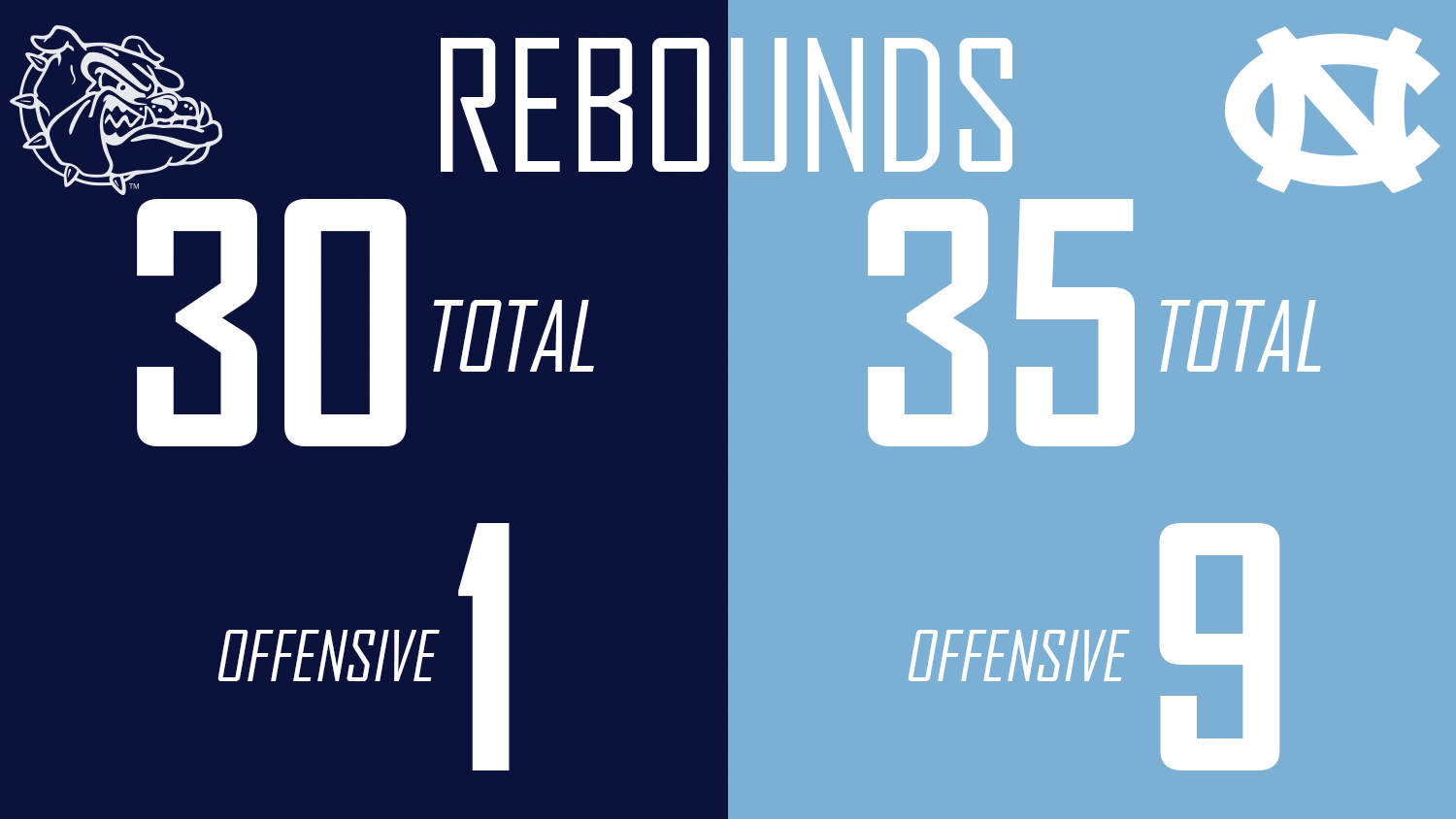 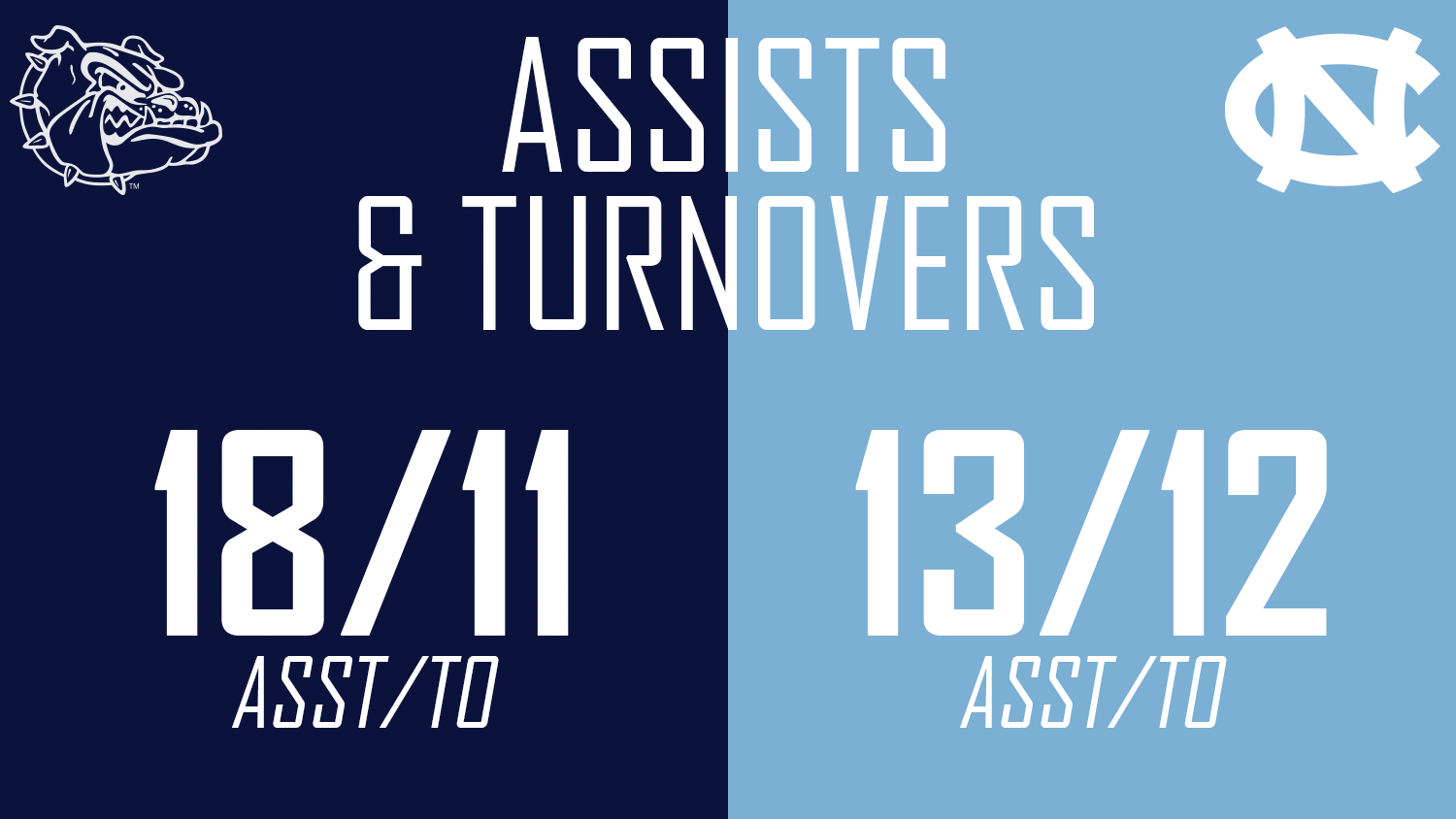 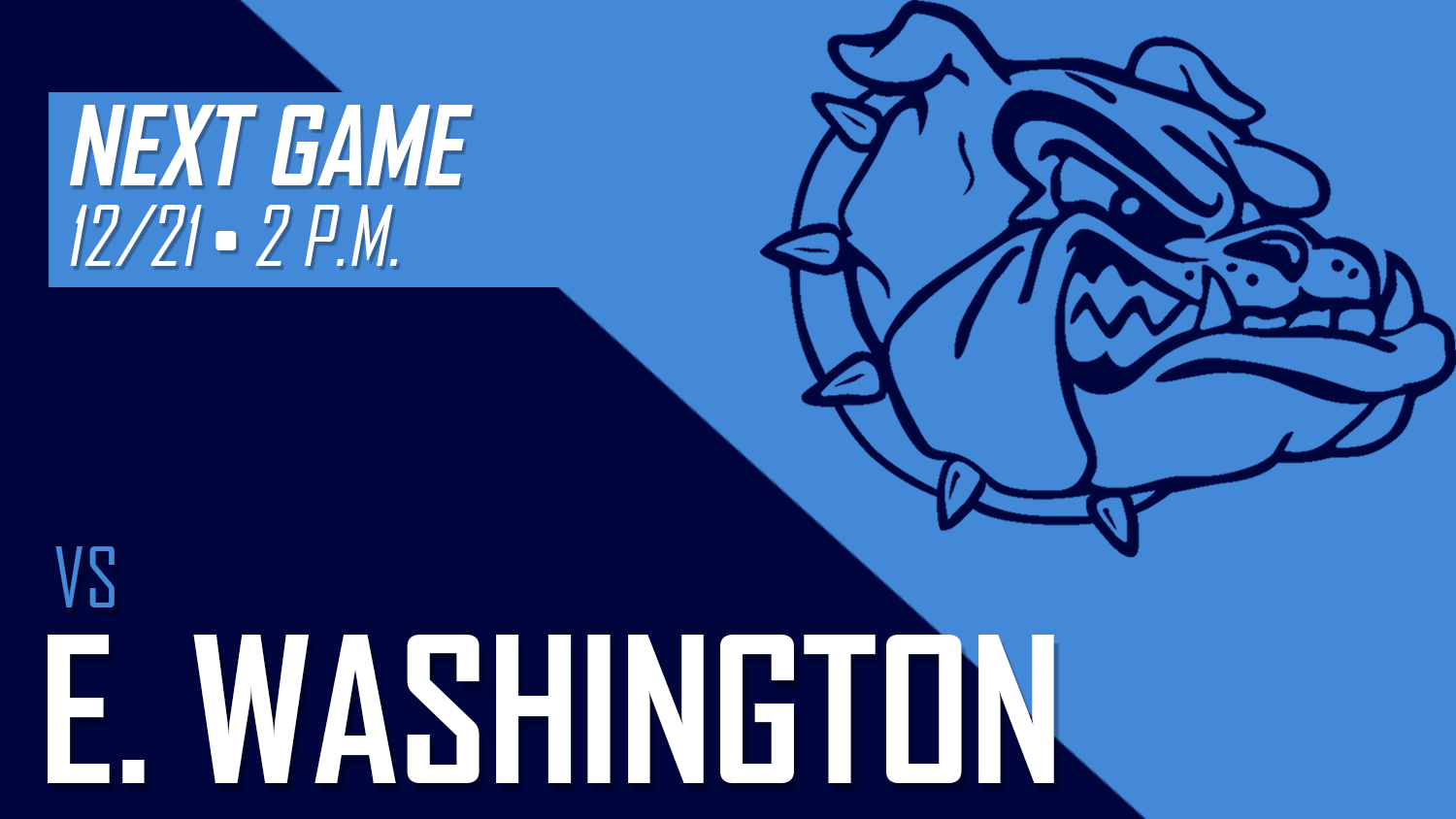 14:54 – Gonzaga 12, North Carolina 9: Corey Kispert has five points to lead the Zags to the early edge in the Kennel.

Kispert is 2 of 3 from the floor and has hit a 3-pointer.

Garrison Brooks has four points on 2-of-3 shooting to lead North Carolina.

UNC starting forward Armando Bacot got the early assignment to guard Petrusev and picked up two fouls in the opening minute.

Kispert’s 3 and a strong basket inside from Filip Petrusev put Gonzaga up 22-19.

Kispert has eight points on 3 of 5 shooting. Petrusev has seven points.

7:52 – Gonzaga 34, North Carolina 23: Another big 3 from Corey Kispert gets the Kennel on its feet as the Zags stretch the lead to double digits.

Kispert collected a pass in transition from Ryan Woolridge and found nothing but net on his shot from the left wing.

The forward from Edmonds, Washington, is up to 11 points on 4-of-6 shooting.

On the bad news side for Gonzaga, starting forward Killian Tillie has two fouls.

UNC has not scored in 2-minutes, 3-seconds.

Gonzaga is currently on a 5-0 run thanks to North Carolina being scoreless the last 1-minute, 59-seconds.

Gonzaga 44, North Carolina 37: Gonzaga’s Corey Kispert has 16 points and the Bulldogs lead the Tar Heels at halftime in the Kennel.

Kispert has played 19 minutes and is 6-of-8 shooting. The forward from Edmonds, Washington, has made 3 of 4 from 3-point range.

Filip Petrusev has added nine points for Gonzaga on 3-of-8 shooting. GU guard Joel Ayayi has a game-high six rebounds.

North Carolina is led by Garrison Brooks’ 11 points on 5-of-7 shooting. Jeremiah Francis has chipped in six points for UNC, which has featured 11 players in the game.

A 10-3 spurt by the Tar Heels to close the half left Gonzaga with the 7-point lead at the break.

Corey Kispert continues to lead the Bulldogs with 19 points.

11:25 – Gonzaga 65, North Carolina 50: GU forward Filip Petrusev is up to 13 points and Gonzaga still leads by double digits, however starting foward Killian Tillie picked up his fourth foul just before the media timeout.

Both teams have found their shooting strokes after an up-and-down start to the second half. Gonzaga has made 8 of its last 9 field goal attempts and North Carolina has connected on 3 of its last 4.

7:19 – Gonzaga 79, North Carolina 59: Corey Kispert reels off seven points in four minutes and the Zags have pushed the lead to 20.

Williams and Few handshake prior to tip-off pic.twitter.com/qxaKaeY2u2

Twenty years ago I would never have imagined UNC agreeing to play in the Kennel…let alone GU being favorites! Pretty cool come up! pic.twitter.com/JjH598VbJ8

Jay Bilas getting a warm welcome from the @ZagKennelClub. They started chanting his name as he walked in. @SWXRightNow pic.twitter.com/Y4vVcmXAHE

The @ZagKennelClub coming with the NIT chant as UNC warms up. Tonight’s going to be fun! @SWXRightNow pic.twitter.com/QR8zPRK3Fa

The calm before the storm… pic.twitter.com/sv83C9Zd0I

@ZagKennelClub should be in full force this evening & from what we’ve seen so far, we’re HYPED pic.twitter.com/AaKuNJ15DI

Shoot arounds and prep done for @UNC_Basketball and @ZagMBB I have the call on @westwood1sports with Ryan Radtke. Biggest name to ever come to The Kennel in Spokane and should be an amazing atmosphere. pic.twitter.com/wZPhZlyXyu

Take a look inside how Mark Few balances coaching @ZagMBB and spending time with his family in the next episode of “NCAA Men of March” on CBS Sports Network. Tune in this Sunday at 6 PM EST pic.twitter.com/mYRWONUp5Z