Multiple school districts in North Idaho, including Post Falls and Lakeland, are closed Wednesday as a result of poor road conditions.

A full list of school delays and closures is available on KHQ.

The Post Falls Police warned on social media that roads there are “extremely icy.”

The city of Spokane reported that arterials “are in good shape” but that residential streets remain icy. 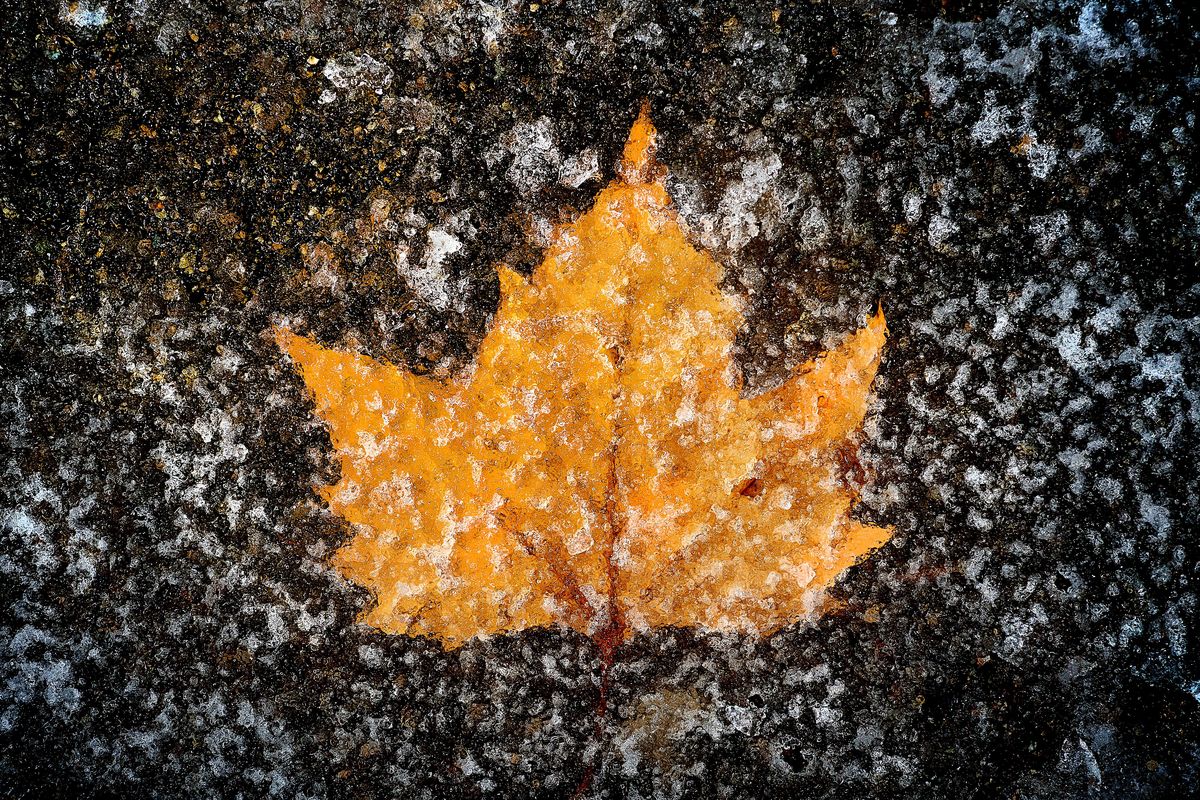 A Sycamore leaf is frozen in a mix of ice and snow on a sidewalk, Wed., Jan. 9, 2019, on Spokane’s South Hill. (Colin Mulvany / The Spokesman-Review)

Freezing rain fell over much of the Inland Northwest overnight, but the National Weather Service reported that road temperatures have been rising through the early morning. That made many surfaces slushy for the morning commute.

The freezing rain did not result in significant power outages. As of 6:30 a.m. Avista Utilitiies was reporting that 64 customers were without power on the Moran Priarie. Inland Power reported 34 customers without power in Lincoln County. Northern Lights and Kootenai Electric cooperatives and the Pend Oreille County Public Utility District were reporting no outages.